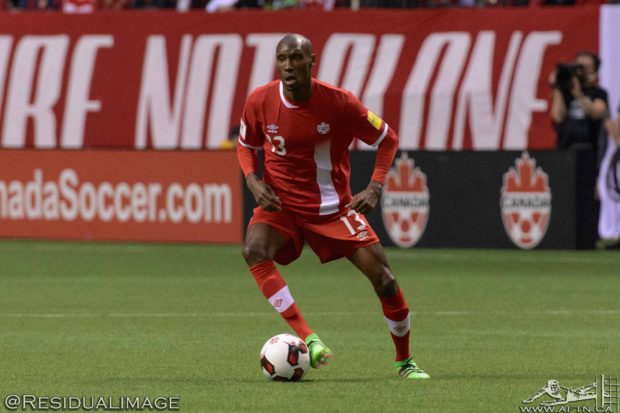 Vancouver have eight, so do Montreal, while Toronto have seven. We’re talking about Canadian players on their MLS squads. If you look at the 28 places available to each team, that’s a 27% Canadian content on the three MLS teams.

For some, that’s nowhere near enough and should be up around the 50% mark. When you realistically look at the Canadian talent pool, especially compared with what is available, often cheaper and better, elsewhere, the numbers, on face value, aren’t bad at a quarter.

But that said, you also have to look at how many of those 23 players actually contribute significant MLS minutes to the ‘Caps, TFC, and the Impact. That’s an often had debate, adding in the ‘Canadian clubs should be playing Canadian players’ angle, but all that’s for another day.

Outwith Canada’s three teams, you won’t need an abacus to count the Canadians plying their trade elsewhere in the league. A hand will do and a quick look at the rosters of DC United, FC Dallas, New England, Orlando, and Sporting KC.

There are six Canadian players spread amongst those five teams, so technically you could do with two hands. Still, it’s not a lot and none of the current 29 MLS players are Designated Players.

There’s only ever been two Canadian DPs in MLS – Dwayne De Rosario at DC United and Julian de Guzman at Toronto and Dallas – but if you listen to MLS Commissioner Don Garber, that’s a situation that the league are keen to see change and mechanisms have been put in place to make that happen.

And don’t we all love MLS mechanisms? In particular the ones we don’t know about until a transfer takes place.

Especially those mechanisms that many supporters believe are secretly in place to help clubs in major markets like LA and New York add a plethora of significant talent, often on surprisingly low official salaries, or bring big-name US players like Clint Dempsey to Seattle.

But as much as we may think such practices exist, they don’t. At least not any more, as Garber explained at a media roundtable in Vancouver on Monday in a comment that brought a lot of negative online reaction afterwards.

“Clearly no MLS club is provided with any advantage over another club,” Garber told the assembled Vancouver media when asked about perceptions that certain clubs receive favourable treatment. “There are no mechanisms in place that provide any benefit to one team over another, in any way.”.

So there you have it, except, he went on.

“In the past there was because we were building the league,” Garber continued. “We were thinking about how do you provide value to a club who is going to invest dramatically differently than another club. For that, the league, as everybody knows, was subsidising, particularly in the case of Designated Players, a club’s budget.

“So if someone is going to go and spend $10 million a year to sign David Beckham, our partners were subsidising that investment. That was not providing them with budget relief, it was subsidising the owners investment in that particular player. We don’t do that any more and everyone should be aware of that.”

Why have we included that particular quote in this piece about future Canadian DPs? For context, because although MLS don’t do that any more, they will be! In relation to bringing Canucks “home”.

“There are no league subsidies for any players whatsoever, with the exception, and we’ve announced this, that we will subsidise Canadian teams’ efforts to bring a Canadian Designated Player into Major League Soccer,” Garber added. “And we’re doing that for the same reason that we were subsidising LA to bring in David Beckham, because we believe that that’s in the best interest of Major League Soccer.

“But there was always a misunderstanding that that subsidy was giving that team a competitive financial benefit. It wasn’t. It was giving that owner an economic incentive to go out and make that investment in that player. We realised that we no longer need to provide those subsidises. Teams are going to make those decisions on their own and if it is in their best interest to do so, they’ll have to shoulder the economic burden of it.”

We must have missed that original announcement.

But moving on, there you have it. MLS want to actively bring top Canadian players plying their trade overseas to the league and ideally to Canadian MLS teams.

Makes sense and, cynicism aside, very important to the growth of the game in Canada and for Canadian players moving forward. But putting that cynicism hat back on again, there’s not exactly a massive amount of Canadian players that instantly fit the bill of someone you would consider a MLS DP or would be clamouring for at your club. Canada sit where they are in the world rankings for a number of reasons, and quality of talent is certainly one of them. 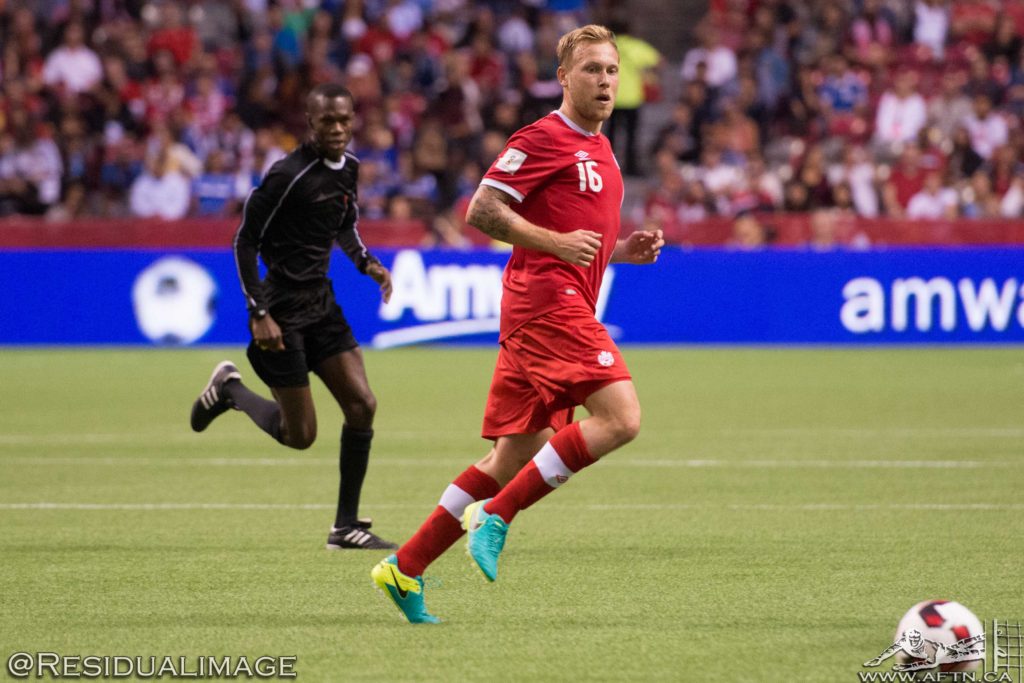 The most obvious player to become a Canadian DP of course is Beşiktaş midfielder Atiba Hutchinson, with Burnley’s Scott Arfield another, if he chooses to leave the dizzy heights of the English Premier League. If Cyle Larin continues to bang them in, he could certainly be a player within the league that may get that tag one day.

The trouble with Canadian internationals playing over in Europe coming back is that the wage structure there kind of dictates that unless they want to take a massive pay cut to come home, they have to be DPs. There’s usually better, non Canadian, players playing elsewhere that clubs can and will get that for that money.

That ultimately is why a player like Hutchinson (and others) haven’t already headed to MLS, despite seemingly being keen to leave Turkey and previously expressing a desire when here in Vancouver with the national team to finish his career in his country’s home league.

“I know there has been interest in bringing Atiba home,” Garber told the assembled room. “I don’t know why a deal wasn’t done for him, so I can’t comment on that, but we do need to bring, as we did with the top American players, we do need to bring as many of the top Canadian players home to Canada to play in Major League Soccer.

“If we’re able to do that with Canadian players, I think we’ll have the same success up here, with our Canadian clubs with that initiative, as we have with bringing back Jozy Altidore and Michael Bradley, as an example.”

It should also be noted that any Canadian national team players that did want to come to the league would be subject to allocation, so if the Whitecaps did want to bring a player like Hutchinson or Arfield to the club, it wouldn’t necessarily be that simple, although we all know that things can be made to happen.

MLS – dropping some barriers, while raising others at the same time.

It’s a start and promising for those that want to see the top Canadian talent playing on home turf in years to come.

So with all that said by the Commissioner about bringing Canadian players home to play for Canadian MLS clubs, this tweet the following day is almost peak MLS.

Atiba Hutchinson to LA Galaxy? That would be just so MLS – New mechanisms, same teams benefitting. Well at least he’ll get to play the odd game in Canada.