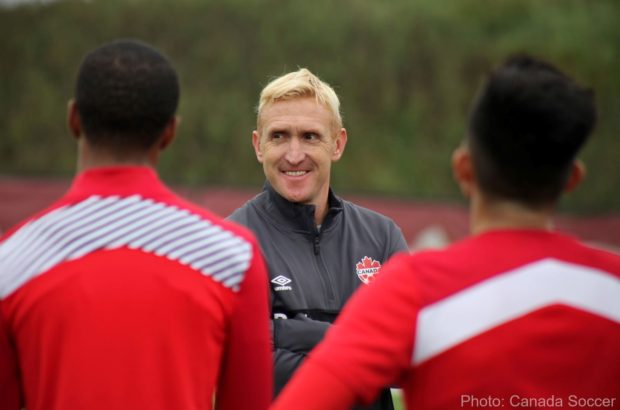 It’s been a long time since Canada’s U20 side graced the world stage. Too long.

Canada haven’t been a part of the FIFA U20 World Cup since the 2007 tournament, and that was held on Canadian soil. That tournament was the fourth straight one that Canada had been a part of, but it’s been slim pickings in the ten years that have followed.

When you consider some of the top young talent that has come through the side in recent years, it’s frustrating, disappointing, unacceptable, and there’s clearly more to it than just the region getting stronger as a whole.

The previous four CONCACAF qualification campaigns have seen Canada fall at the first hurdle, managing just one solitary win in each of their three group games. That was at least good enough to see them reach the quarter-finals in 2011 and 2013, before suffering heavy defeats to Mexico and the US.

The last qualification campaign in 2015, on the other hand, ended in ignominious failure, as Canada managed just one win from their five group games (over Haiti) in a new-look format and finished second bottom and well adrift of their rivals.

That was a low and it hurt, but they’re back in the saddle and looking to advance to this summer’s U20 World Cup in South Korea. They face an equally tough road ahead to get there this time around, so what did head coach Rob Gale, who oversaw the campaign two years ago, and the CSA learn from that last experience in Jamaica?

“First and foremost, past experience, with any group, counts for nothing, in this tournament” Gale told reporters on a conference call on Thursday. “We were very, very good, as we have been with this group if you look at past results over two years. We don’t lose back to back games in international football, which is a great testament to the places that we’ve been and the opposition that we’ve faced.

“We know we have the right ideas, the right game models, the methodology, tactics, everything else, but tournament football comes down to readiness at that time. The big learning lesson for us was the tournament format changed last time, which is has again, but that was very, very difficult to know what to expect. I think CONCACAF has learned lessons because even though it’s the same number of teams, they’ve changed format.”

Last time it was two groups of six, but this time around it’s three groups of four, and Gale feels that can only help his Canadian side adapt to the environment better.

“There’s better preparation inbetween games,” Gale added. “In the last tournament, we had to play Haiti, and we won successfully and played quite well, but in less than 38 hours I think it was, we were on the field again against Mexico. You have to make a ton of changes to your squad to physically recuperate.

“There was no question that that affected the group and what we also found with that number of games in difficult conditions, heat, the field conditions, etc, our players, having been in offseason, weren’t physically ready to perform to their capabilities, let along to that level and demand of football.”

Gale feels his squad are better prepared for this campaign on the back of that, with better planning and more time spent with the player pool this offseason.

The 2017 CONCACAF qualification tournament kicks off in Costa Rica next week. Canada are drawn into a tough looking Group A alongside Mexico, Honduras, and Antigua and Barbuda. Only the top two sides will advance to the next group stage, with four teams overall ultimately qualifying for Korea.

After the previous four failed qualification attempts, with what was arguably stronger looking squads, what is there in the current group that gives Gale the belief that things will be different this time around.

“As a youth coach, we have to take the bigger picture stance,” Gale stated. “Last cycle, we may not have qualified but 12 of my wider player pool, 10 of them that went to qualifying, have gone on to play for the Olympic and senior men’s team. Obviously we want to get to these points and give the players the opportunity and staging points, but it’s not the bee all and end all.

“We’ll all agree that we’d rather the players continue in professional football and learn from every experience and we continue to move players into the senior team so that they can advance.

“Now, having said that, the reason it’s important that we continue to strive and we always want to qualify, is that it gives them a minimum three games here in qualifying, you want ideally to have six, for sure five, and then get to a World Cup when you get another three plus your pre-camp, to continue to build those experiences.” 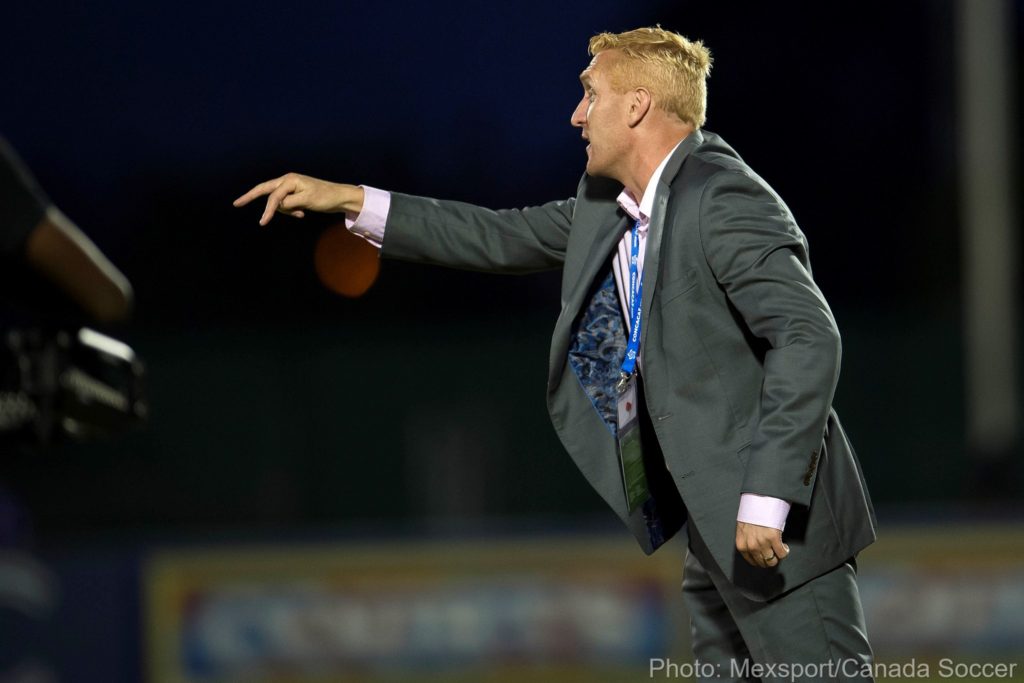 The other aspect Gale feels is a must is more of his players getting regular first team minutes, at whatever levels they can, and he emphatically praised the USL for enabling that to happen (there’s five TFC II and one WFC2 player in the squad) and looks forward to seeing what the boundaries to Canadian players lifted in the USL and NASL will mean, along with the upcoming Canadian Premier League.

Generally Canada lags behind the rest of CONCACAF in this regard, and it’s hard to see any changes having a real impact for several cycles.

Canada’s 20-man squad for the tournament certainly has an international feel to it, with players attached to clubs in nine different countries. Eight of the players are currently plying their trade in Europe, including Liverpool’s Liam Miller, and Whitecaps Residency alumni Dario Zanatta, who is with Hearts but currently out on loan with Queens Park.

There’s two current Whitecaps in there, WFC2 right-back Kadin Chung and Residency U18 goalkeeper Thomas Hasal, along with Residency alumni Aymar Sigue, who is currently at Penn State.

As always, there’s some notable omissions, some due to injury, some due to teams not letting their players go, and some due to the player himself declining the invitation. Sadly, the Canadian U20 Player of the Year Ballou Tabla falls into that latter category. No reason was given by Gale for the Ivory Coast born Montreal Impact player declining, so naturally speculation will now run rife on the interwebs.

Another player missing is the Whitecaps phenom Alphonso Davies. The 16-year-old doesn’t have his Canadian passport yet, but Gale revealed that the ‘Caps and the CSA have a set plan for him and that’s to have him continue at his natural age group at U17 level for now.

There is a fairly new face in the mix however: Diego Gutiérrez.

Gutiérrez plays for Chilean side CD Palestino (great club history, fantastic strip) and was involved in the January camp in Panama. He’s been on Canada’s radar for around three years now, with Chile also showing an interest, but is heading to Costa Rica. Born in Quebec, Gutiérrez and his fellow football playing twin brother moved to Santiago when he was three. An interesting player to keep an eye on for sure.

Overall, it’s a young Canadian squad. Five of the players were born in 1999. With 14 of the squad never having played a CONCACAF youth tournament before, international experiences and all the little, let’s call them, intricacies of football in the region seems worryingly missing.

But in saying that, it’s not proved overly beneficial in recent years, so perhaps this new experience for many of them will actually prove to be a boon.

“What’s important to us is that they’re all experienced players in the environment they have to go into,” Gale said. “They’ve had CONCACAF experience, which is a result of the youth programs and the accumulative time spent, and like you say, it can work either way.

“We’ve gone with the experienced players and group and talent and it’s not worked out for us, because it’s a snapshot it time. Now we’re going with a relatively young and relatively inexperienced group. The bench mark for us is always quality and the youth coach has to take the bigger picture into perspective.

“So when we’re choosing players or we have injuries and we need to replace them, you have to be guided towards the ones that we believe will have a future with our senior men’s program or stand the best opportunities to go in beyond. There’s no point taking players on a short term fix and just trying to qualify for a tournament, because in terms of the bigger picture, we’ll be no further ahead.

“It’ll be great to see how these young lads react and adapt to the experiences, and obviously as a staff, I’ve been through five campaigns now, two World Cups, you just try to pass along the lessons that we’ve learned and experiences we’ve seen and try and give them as much information and make them feel as ready as possible tactically and physically and make sure that the spirit in camp is right so that they can just focus on going out and performing to the best of their ability.”

We’ll soon find out how that all goes. Canada kick off their qualification campaign on Friday 17th against Honduras, in what you have to feel will be the deciding factor in a top two finish. Antigua and Barbuda are next up on Monday 20th, with Mexico last up in the initial group games three days later.