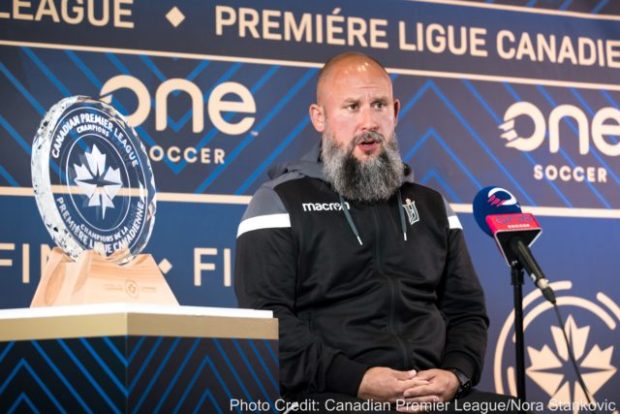 Canadian football had been crying out for it’s own professional league for many a year. A place to nurture both new and existing talent, not just in terms of developing a new conveyor belt of on-pitch stars, but also to develop and showcase the next wave of homegrown managerial talent at the same time.

When the Canadian Premier League finally came along, it was the outlet that Forge FC manager Bobby Smyrniotis both needed, and deserved, to allow him to show the footballing world what he was all about as a coach. And what that was is a winner with a passion for producing top quality players.

Smyrniotis was appointed the first head coach and Technical Director of Forge FC in October 2018 following 14 years of success with Mississauga based soccer development academy Sigma FC. Smyrniotis had co-founded the much lauded Sigma in 2005, with the private academy quickly earning a reputation for excellence and the results of their proven pathway to the pros speaking for themselves.

Canadian internationals Cyle Larin, Manjrekar James, and Richie Laryea are just three of the names that Sigma has brought through their system. Last year’s CPL Player of the Year Tristan Borges is another, as are a crop of the current Forge squad, including goalkeeper Triston Henry.

With back to back CPL titles now the fruits of his first two years of labour in the league, how much of a challenge does Smyrniotis see for himself with Forge? He mentioned that back to back titles was a hard thing to achieve after his side saw off HFX Wanderers in Saturday’s CPL championship game, noting that back to back to back would be even harder.

The allure of turning Forge into a Canadian footballing dynasty, akin to the Vancouver 86ers in the early days of the Canadian Soccer League, must appeal, but is it enough to push him and continue his own development as a coach?

“I’m definitely a person who, in my life, I focus on today,” Smyrniotis told us after Saturday’s CPL championship game. “Today I focused on this game, tomorrow I’ll focus on how I can make this club even better going forward. Whether that’s CONCACAF League, the Canadian Championship, whenever we’ll be able to play that game, and how we can make this club better for next year.

“That’s the one biggest thing I always say and I always talk to our players, we can only focus on that. We can only focus what’s in front of us. And the one thing I’ve learned in football, it’s a vast world. The network is big and I’ve personally got a big network around the world.” 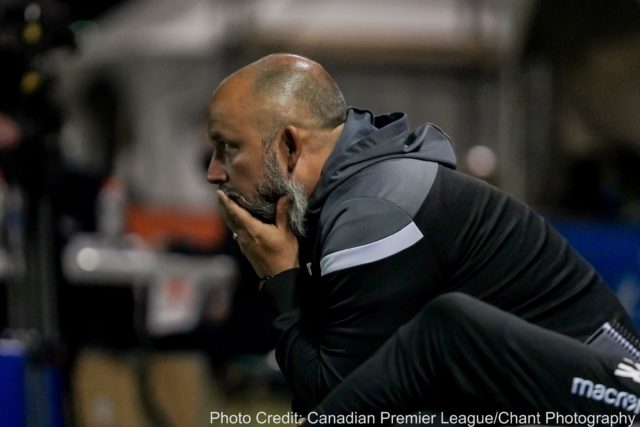 There’s been much speculation about his players moving on to a higher level over these past two years, but with the success he has achieved in the league, and also on the international stage in last year’s CONCACAF League, it surely can’t be long before the speculation begins about Smyrniotis’ own future.

“Of course, if something was to come along in the future, that is something that is interesting as a project, you always have to look at it,” Smyrniotis added. “I’m one hundred percent happy in what I’m doing here at Forge and continuing to build. We’ve started a small part of what is a positive beginning to our history.

“I’m always a big believer in building, and building structures and building culture, and we’re able to do that. My focus is continuing to do that here at Forge. If anything else comes up, then that will be a bonus.”

It’s hard to imagine that offers and opportunities won’t be winging their way to Smyrniotis, even in the strange Covid world that we are living in. Those could be here at home, maybe even combining a dual role with something at Canada Soccer to make use of his track record with youth, or they could even take him overseas.

Whatever they might be, veteran defender David Edgar has no doubts that Smyrniotis not only deserves them, but is more than capable of excelling anywhere his journey takes him, viewing the Scarborough native as ones of the best managers he’s ever played under.

“Personally, I’ve learned a lot from working with Bobby,” Edgar told reporters on a pre-final conference call on Friday. “I’ve worked with coaches all around the world, supposedly some of the top coaches over in England, and Bobby’s right up there in terms of the tactical knowledge he has.

“The tactical knowledge that I’ve gained from him personally has been fantastic. I’ve just embraced being here in the bubble and getting to pick his brains and learn from him.”

Those high opinions of Smyrniotis are also shared by another player with a wealth of experience, Kyle Bekker, who is himself a product of the Sigma academy set up.

“What you see is what you get,” Bekker said. “He’s a very calculated guy. He doesn’t leave much to the imagination. Very prepared. He makes sure that we have everything possible to go out and perform our best. 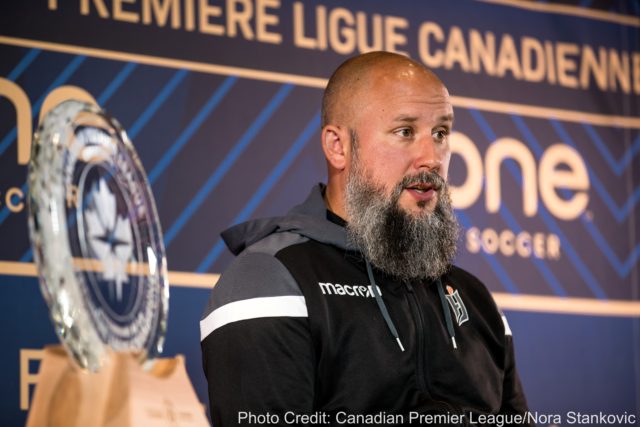