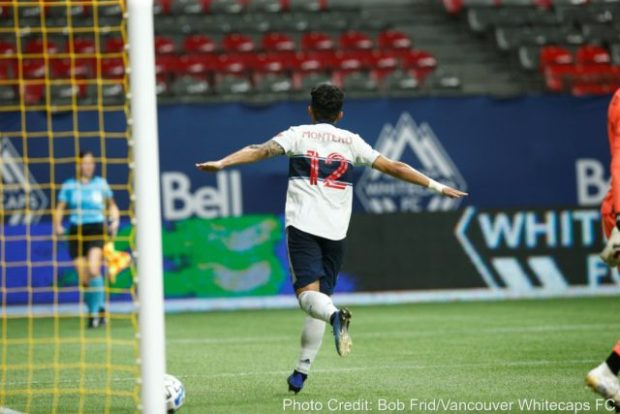 When the Whitecaps announced the signing of striker Lucas Cavallini to a MLS Designated Player deal in December, one of the burning questions was what that meant for the future of Fredy Montero at the club.

Montero still had a year of his contract to go in Vancouver, was settled here with his family, and had made it clear that he wasn’t planning on going anywhere. But MLS being MLS, and players suddenly being traded off to pastures new with little to no notice, it was difficult so see exactly where Montero would fit into Marc Dos Santos’ plans in anything other than that of a supporting role off the bench.

That was a role that Montero seemed to thrive in towards the end of last season, where he scored two goals and added one assist in three of the last four matches. A strong finish for what had been a disappointing year for Montero and the worst statswise in his six seasons in the league.

For a player that has excelled in MLS and performed well at every club he has been a part of both here and overseas, that was never really going to be enough to please the Colombian. He not only wanted to be a starter, he categorically believes that he’s still performing at the level that he should be. He’s now getting that chance to show it.

“It wasn’t easy,” Montero said of last season after Saturday’s win. “To be honest, coming back from Europe, I had that dream to come back and play, score goals and be that scoring type of player that I always been in MLS, but it wasn’t easy. We have ups and downs.

“Now in 2020, we have a new opportunity. Of course, the role in the team changed. And it wasn’t easy to be a part of the team. But that’s history now. I’m happy to be back. I always been the same Fredy since the day I signed the contract. Even when I didn’t play, even when I was out of the team I’m the same now that I’m playing.”

After a start to the season that saw him play just 20 minutes in the first two Whitecaps games of the season, skip the trip to the MLS is Back Tournament in Orlando, and be left out of the travelling squad for Vancouver’s three MLS games in eastern Canada, Montero suddenly found himself thrust back into the starting line-up for the ‘Caps game against Montreal on Wednesday.

It was the opportunity Montero had been waiting for, the opportunity he felt he deserved, and he grabbed it with both hands. The result has been two goals and three assists in the ‘Caps last two matches, helping the team to six points and moving them back into the playoff places.

Fredy Montero was back, and back with a bang.

“So it’s like during my career I accumulate this experience that today I can say that even though I’m not that young, I know I can use my time in the field better. I believe that if I keep playing, soon I will reach my level, my potential. And that’s the only way to get it, by playing.” 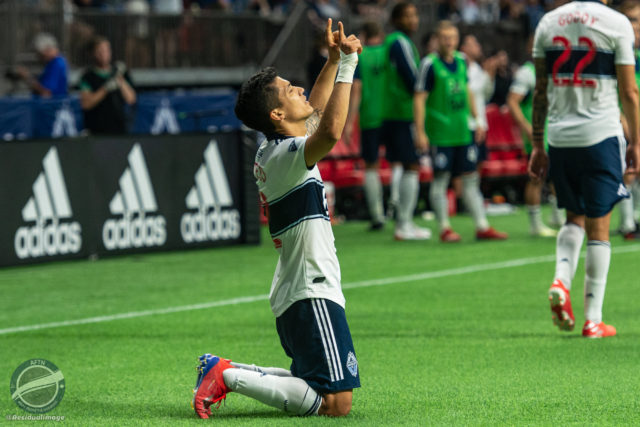 All of which brings us back to Lucas Cavallini.

Montero and Cavallini have formed a strong bond off the pitch. A friendship that traverses football. Their Instagram accounts show two families that enjoy spending a lot of time with each other. That closeness is now starting to reap its rewards on the pitch for the Whitecaps.

They’re two players who spend a lot of time training together, working on moves, and learning the ins and outs of each others game. And in perhaps the ultimate act of friendship, Montero’s chance to reclaim his starting position came about when Cavallini got sent off against Montreal last Sunday.

“We have a good relationship, on and off the pitch,” Cavallini confirmed. “Not only does it come from only us two, it comes from the team and the support from our teammates, and then the good attitude they showed today. Going forward, hopefully we continue to be like this.

“Fredy knows me well. We try to practice a lot together, training together, trying to recognize, trying to memorize each other’s runs and positions on the field so we’re always a step ahead of the other team.”

It’s a reciprocal feeling from Montero, who sees a lot of his younger self in the Canadian. And instead of any rivalry between the two strikers, the Colombian is more interested in helping his friend reach his full potential.

“Cava, he’s a great guy,” Montero added. “We created that connection outside of the field. And I see myself in him when I was that age – hungry to get some goals and show what he’s capable of. And of course he has the talent to play in another league in Europe. He’s looking forward to it. We just need to help him.

“I’ve been in his shoes. When you don’t get service, when you don’t get the ball. But now, I’m in a different role in this team, and I am happy to help him to get his high level, because if he’s good, the team’s gonna be good as well. So I’m happy for him.”

Such help came on Saturday in Utah, with Montero’s ball across the six yard box being finished off by Cavallini for the match winner.

That was just Cavallini’s second goal of the season, but made it two in three now for the striker, in what both the player and the ‘Caps will be hoping is a sustained period of scoring from their Designated Player. Aided and abetted more by Montero in the process? Cavallini certainly believes so.

“It’s an honour to play with such a quality player,” Cavallini said of Montero. “To me he’s the most talented on the team, you could say that. A lot of experience, obviously playing in Europe. Being a goalscorer, it’s great to play alongside him.

“Obviously our relationship off the field is good, but on the field we know each other well and today we did a lot of interesting stuff together. It’s good to work with Fredy.” 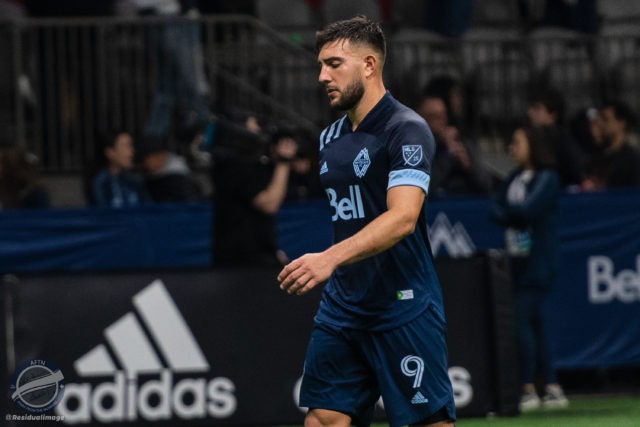 It all has the makings of being the striking partnership that the Whitecaps have been badly needing for many a season. Experienced, clinical, and on the same wavelength.

It’s admittedly a small sample size, but the signs are most certainly there and we got to see a little bit of it in the preseason, which already feels years ago as opposed to just seven months.

It opens up a number of possibilities for Dos Santos. He could play Montero and Cavallini as an out and out front two, a mouthwatering and potentially lethal proposition, but one which would need a change of philosophy in how the ‘Caps coach lines up his team.

More likely is we see a striking tandem with the Colombian just dropping in behind the Canadian in a 4-2-3-1 set up. Add in Cristian Dajome and David Milinkovic on the wings and that’s a strong attacking unit.

However it’s done, Montero and Cavallini need to get given a lengthy run out together to see exactly what they can produce. They’ve shown they can play together, and so far, Dos Santos is delighted with the results.

“I had a lot of questions about Fredy,” Dos Santos admitted after the RSL win. “Fredy had a period that after the game against the LA Galaxy in March, and not going into MLS is Back for personal reasons, and then being available again in August. Those are a lot of months. So in that period, we felt that maybe Fredy wasn’t ready for the first trip out to the east. But I also said in another interview, maybe it was badly evaluated. Maybe there was a mistake there in the evaluation, and I admit it.

“When we came back from the east, Fredy was always training well, always training well until the moment that we said, ‘Yes, now it’s the time to get back.’… It’s been tough to find the right motor and path to go. But when you add everybody together, training together all the time, you’re able to read the things in a much better way.

“And these are players that have a lot of experience. These are players that want to win, and want to help the team. It showed today again, not only the quality they have but also the workload they had in the game. And yes, of course, they can play together. 100 per cent. They did.”