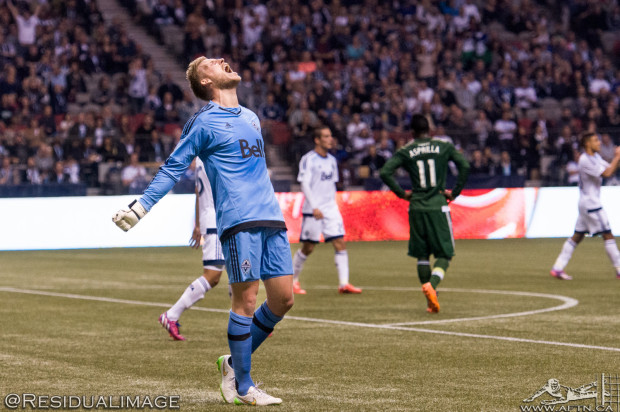 What a difference a year makes.

2015 has been a completely different story. The draws have diminished and that is certainly one of the key factors in the Whitecaps chasing Supporters’ Shield honours.

The ‘Caps led the Western Conference in draws last season with 14. Still not the highest in MLS, that fell to Chicago Fire with a staggering 18 of them. Both teams certainly provided punters with a go to bet on their fixed odds coupons.

Vancouver’s draw total was three more than any other side that made the playoffs, and despite the 28 points lost in those drawn games, the Whitecaps still made the postseason and recorded their highest ever MLS points total in the process with 50 points.

But you couldn’t help but fall into that traditional pastime of football fans and wonder “what if”. What would their positioning, points total and playoff experience have been like if they had only managed to turn some of those draws into wins?

It would have certainly made the end of the season and that final win against Colorado Rapids a lot less stressful and maybe we wouldn’t have been Geigered in Dallas.

For the Whitecaps to build upon last season’s performance and do even better this year, those draws had to go. They have and making that happen was a key focus from Carl Robinson and his coaching team during the offseason.

“It was, without a doubt,” Robinson admitted to AFTN. “People can say you’re unbeaten, and three draws is three points, or you can go win one, lose one and have an extra game as a bonus game.

“We drew a number of games in the first year I was here. I tired to say if we can win half of them games, then we’ll obviously be in a better position, and that’s what we’ve done. We’ve lost a number of games this year, we know that, and we’ve won a number of games, so the low draws doesn’t really bother me.”

The Whitecaps have turned things around dramatically, going from the highest draw total in the Western Conference last year to the lowest number of draws in all of Major League Soccer this season, tied with Seattle.

That number is three, and with five games remaining, if things stay that way, that would be the lowest ever number of draws in a season since Vancouver came to MLS in 2011. Seattle and New England had four in 2014, matching Colorado’s total in 2012.

The ‘Caps had been steady in their numbers during their MLS era up until last season. From ten in their first two years to nine in 2013. Defender Jordan Harvey has been here mostly through it all and for him, this year’s dramatic shift comes down to one thing, the winning mentality that abounds at the club right now.

“For me, it’s that desire to win and not settle for a draw,” Harvey told us. “On the road, you’ve seen some really disciplined performances and those have led to wins this year. But at home especially, we’re going for wins every time, because draws in this league don’t bump you up. It’s the wins that do. Even on the road we’ve pushed it. We just haven’t been complacent.”

Those road wins have certainly helped. Vancouver have seemingly found the winning formula for how to execute successful tactics away from home. They’ve ground out results and found ways to turn what would have been draws last season into three points.

Just cast your mind back to the start of the season and those huge 1-0 road victories at Chicago and Orlando. Those wins kickstarted the ‘Caps season and they haven’t looked back since.

The ‘Caps have already set a club MLS record with seven away victories this season and there’s still two games to go. A win against New York City at BC Place on Saturday would set a club points record in the MLS era, with four games to go.

The losses may have increased slightly, up three on last year but still their second best number to date, and Vancouver have also already recorded their most ever wins in a season, currently standing at 15.

Finding a way to turn those draws into wins has been behind a lot of that. The clean sheets help too. David Ousted has 11 on the year, coming on the back of a league leading 13 last season, and he echoes Harvey’s thoughts as to what’s been behind the ‘Caps turnaround.

So mentality, a desire to get the win no matter where they’re playing and the belief they can do that all play a part but another key element behind the reduction in draws, and the clean sheets, has been the defensive play coming from the whole team.

Midfielders and strikers have taken on their defensive responsibilities better than we’ve seen in recent years. Tracking back to mark runners, winning tackles, hitting on the counter. The effort from the whole team has been massive and several players have really improved that aspect of their game, with Darren Mattocks and Kekuta Manneh near the top of that list.

Both still have work to do in that regard, but Manneh acknowledges it’s an important aspect of his game and vital to the success of the side.

“It’s the teamwork,” Manneh told AFTN. “We’re doing it as a team now, attacking as a team and defending as a team. We’ve had a lot of clean sheets. It’s not just the defenders that are defending but the whole team’s come together.

It certainly is. And long may it continue.