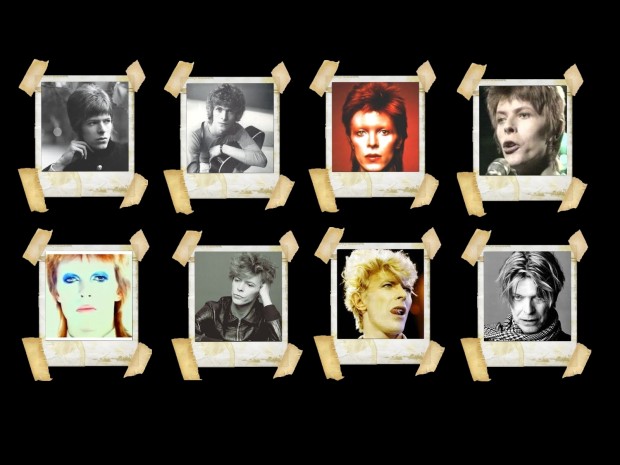 As regular readers and listeners will know, we love our music just about as much as our football here at AFTN.

I was truly saddened and heartbroken to hear about the death of the legend that was David Bowie last night, one of my favourite musicians of all time.

I grew up listening to his music from my pre-teenage years and haven’t stopped listening since. I can still picture going in and buying the 7″ of “Fashion” in Woolworths in 1980. I still own it to this day, and many CDs.

I only got to see him live once, at the SECC in Glasgow in 2003. It was a magical gig and a night I’d been excited to come around for months before and was still buzzing from months after. He was that kind of entertainer.

Looking around those in attendance at the gig that night said it all about Bowie. His appeal crossed many generations and all genders and cultures. He was relevant and still sounded fresh in every decade from the 60s to this one. Six decades man. Incredible, as was his ability to adapt to new sounds and to move with the times.

Somewhat bizarrely, I’d actually spent a large chunk of Friday afternoon sorting through and playing Bowie’s songs for a piece I was wanting to put up here on AFTN.

I’d read that it was Intergalactic David Bowie day, so I thought I’d revive our “MLS Team of the Week” section to honour that day and pay homage to the great Bowie on his birthday and on the day of the release of his new album “Blackstar”.

It had been over two years since we ran one. It used to be one of our old staples and I loved doing them, even if no-one else enjoyed reading them! But a new year, so you know what they say, out with the new and in with the old, well they do in opposite land anyway, so we’re reviving it for 2016 and thought a Bowie one was the ideal way to kick it off.

For those that don’t know what it is, we think of a subject for a football team to be based around, then fill it with our starting eleven of current and recent MLS players with some appropriate name changes, or even better, just as is!

So as I’ve said, I’d done a Bowie one on Friday but hadn’t quite finished it before I had to head out. I got home late and with just a couple of hours to go, I decided not to run it as the day was basically over. I’ll keep it for another time I said to myself. I didn’t think that time would come three days later and in such sad and terrible circumstances.

It’s just a piece of nonsense, and it’s not even all that particularly funny or good, but as it now stands it’s my tribute, in my own way, to one of my favourites, so sit back, get your make up on, dig out some tracks and enjoy today’s “MLS Team Of The Week” – the The David Bowie XI.

RIP to a true musical legend and a wonderful entertainer. You’ll be missed by so many but your legacy will live on forever….

Will this team see a fairly settled line-up or will Ziggy ring the ch-ch-ch-ch-changes? Perhaps playing more Young Americans in an attempt to have some Goalden Years? But however tough the season proves to be, I’m sure it will end up Hunky Dory.