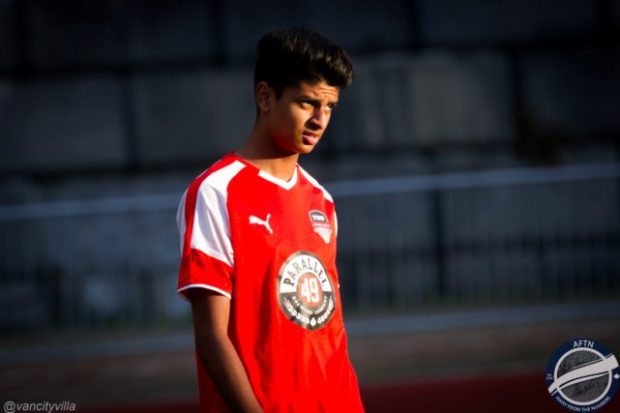 When Zach Verhoven started playing with the UBC Thunderbirds in 2016, the Canadian Premier League was just an idea, three years later Verhoven finds himself on a CPL team, Pacific FC, signing his first pro deal with the Vancouver Island side in April after becoming Pacific’s second round pick (and ninth overall pick) in November’s inaugural U SPORTS draft.

It’s the continuation of a rise through the ranks for Verhoven, who spent the previous two summers playing his soccer with USL League 2 team TSS Rovers, and his former head coach there, Colin Elmes, had high praise for the 20-year-old winger.

“At any moment he can make a move that people will be walking away and talking about,” Elmes told AFTN. “Not to mention his incredible goals which seemed to get the fans out of their seats quite often”.

That quote is a fair summation of what Verhoven can bring to the table – a pacey winger with a great right foot, often providing for others and scoring wonder goals from time to time. Definitely skills that can be well utilised in a top heavy Pacific attack. 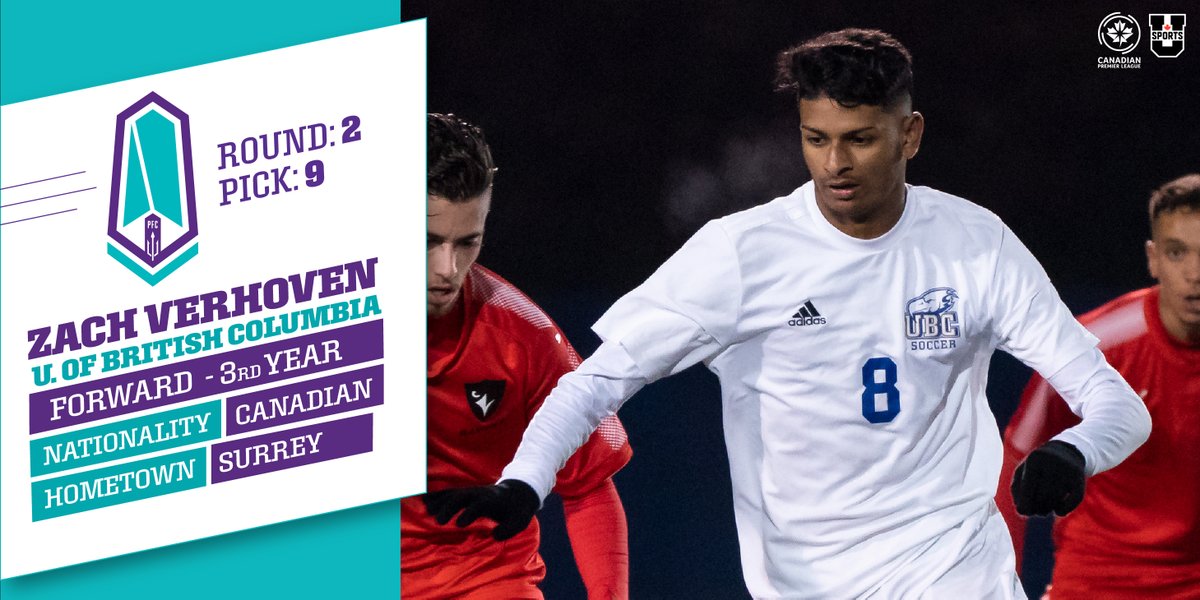 The Surrey native saw the pitch on five occasions during the CPL Spring Season, making one start and clocking up 164 minutes after making his debut as a 77th minute substitute in Pacific’s 2-1 home loss to Valour FC on May 1st. Verhoven also played in both of Pacific’s Canadian Championship matches, starting the first leg at Westhills Stadium.

He’s yet to log his first goal or assist and Verhoven was honest in assessing his time with Pacific so far, and it’s been nothing but a good learning environment for the young winger.

“Playing in the CPL has been a perfect environment for me,” Verhoven told AFTN. “I have already developed a lot as a player in my first couple months here and I am going to continue to work hard on all sides of my game. It helps having the resources here (at Pacific) and guys that have played professionally that are always willing to work on things to make me a better player.”

It’s interesting to watch Verhoven’s development at the higher level and what he’ll bring back to UBC for his fourth U SPORTS season with the Thunderbirds, that gets underway at the end of next month. He’s already impressed in the college game and UBC head coach Mike Mosher will certainly be hoping that he can bring a few new tricks to his locker for the upcoming campaign. If previous experiences are anything to go by, that should soon become a reality.

Elmes and Mosher both echoed the words “shifty, tricky, and creative” when describing Verhoven. Mosher went a step further.

“Some of the things Zach can do with the ball and his vision is unseen by others,” Mosher told us. “I was a defender in my playing days and the moves he makes, others don’t see”.

Verhoven’s 2016 rookie college season saw him appear in 15 matches, starting 13. A significant number for a rookie at the university soccer level. He scored three and assisted on a team-leading six in that first year, adding a further goal at the nationals as UBC finished 5th.

A new opportunity arose for Verhoven ahead of the 2017 U Sports season, a chance to play competitive soccer in between seasons with TSS Rovers in PDL (now USL League 2).

The Rovers were looking to bridge the gap to the next level, helping to further develop local Canadian talent, while providing college/university players the chance to keep game sharp coming into their respective seasons. It was a great opportunity for Verhoven, even though he wasn’t totally sure what he was signing up for at first.

Not only did TSS get to know the kid from UBC that first year, but so did the rest of the USL League 2 Northwest division. Despite missing a chunk of time in that 2017 season due to a preseason trip to China with UBC, Verhoven was still able to put up impressive numbers, playing in 11 matches, racking up 767 minutes and recording two goals and two assists.

Even though the playoffs were not on tap for the Rovers, they finished last in their six-team division, the tantalizing realization for Verhoven to potentially return to TSS beckoned. 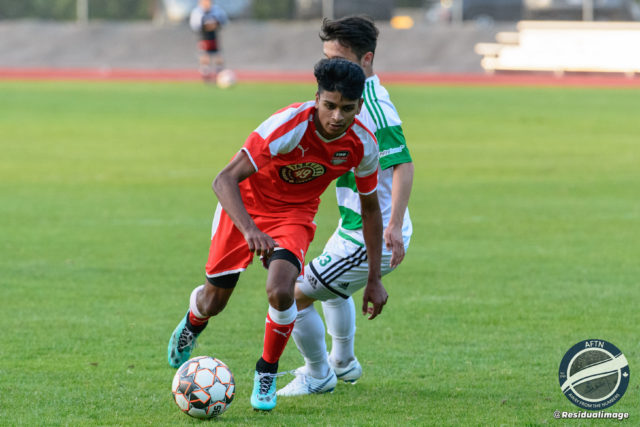 His first season with the Rovers seemed to aid in his form for UBC in the 2017 season, as he put the ball in the net three times and added three assists. That lower assists total should not be seen as a step backwards from his previous year’s numbers, as it was a more dimensional and spearheaded attack in 2017 and Verhoven was asked to play a slightly different role.

It was a first place finish that season with a 10-4-1 record for UBC and along with that went a Canada West pennant and a trip to the U SPORTS National Championships, with Verhoven becoming one of the most potent wingers in Canada West, starting all three playoff games in 2017, collecting 2 assists.

Verhoven was one of nine returning players for the Rovers in the 2018 season, a much better season for the team playing out of Swangard, who at times were top of the Northwest division, including beating the eventual League 2 Champion, Calgary Foothills. Verhoven had three goals last season, again in a team that was much more balanced, appearing in one less game then 2017 at 10, and collecting 616 minutes of action.

Those two seasons with the Rovers certainly put Verhoven on the radar of the watching CPL coaches, and the winger has nothing but praise for the what the team, the league, and the environment has meant to his game.

“Being a part of the Rovers was great for my development,” Verhoven told us. “Playing against older and bigger players was a challenge, but also helped me grow my game. It was difficult to adjust to the style of play at first, but competing against players that were fast and had a lot of quality helped me sharpen my skills.”

In his third season at UBC in 2018, Verhoven led a strong-willed Thunderbirds team to their third straight first place finish in the Pacific division of Canada West, only losing once and that came in the last game of the season with most regulars being rested. In a year where they hosted the national championships, UBC struggled mightily on the defensive side of the ball in their quarterfinal match versus the Carleton Ravens, losing 3-2 in wild match that needed extra time.

A disappointing end to a season that promised so much, but it was a season that saw the man they call ‘Ziggy’ produce arguably his best performances in a Thunderbird jersey. 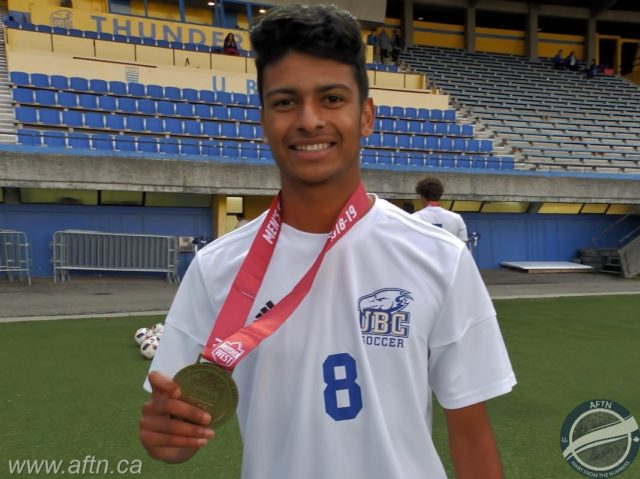 Verhoven started the same amount of games he did the previous season, 12, scoring twice along with five helpers, while also leading the Canada West playoffs with three assists and placing third in goals with two. But it was what he added to the defensive side of the game that impressed many onlookers, frequently tracking back to try and collect the ball after a turnover.

It was another aspect of his game that has developed well these past three seasons, and one he needs to continue to work on if he wants to have a real shot of making it in the pro game.

During the 2018 U SPORTS Nationals at the Point Grey Campus of UBC, the newly formed CPL had most of their coaches on hand to keep a keen eye on every draft eligible athlete that was playing. It was microscope like observing by the coaching staffs. They were hoping to find a diamond in the rough to add to their, at the time, thin rosters. Just a couple of days following the tournament, the inaugural draft took place at a conference centre in Vancouver, and Verhoven was taken by Pacific.

Verhoven went between Vancouver and Victoria for Pacific’s training camp and UBC’s off season training, impressing Pacific along the way, and earning that first CPL contract. Now he has to take that next step.

He’s a player who has continually moved up to a more challenging environment, and although he has performed well in his rookie years at both UBC and TSS, this is the first time he will be playing against players that may be 10 years older then him, and some that have experience playing in the top leagues of soccer in Europe.

But he’s in a great environment to make his mark and continue his development. That’s why the CPL exists.