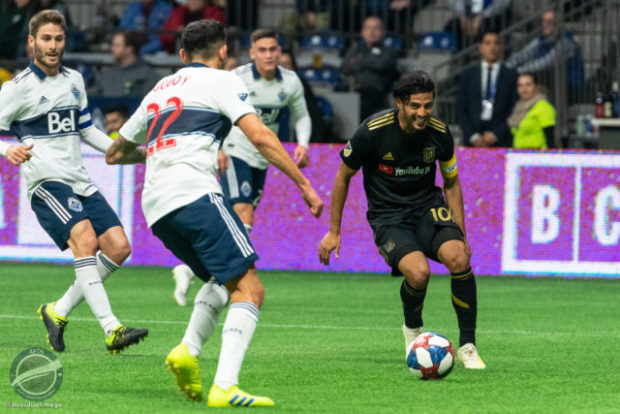 The Whitecaps really need a win. They are 1-2-5 in their last eight matches, are six points out of a playoff spot with fewer games remaining than most of the teams around them, and are just a point above current cellar-dwellers Colorado and Kansas City. While the ‘Caps have flashed improved play at times in recent weeks, they’ve yet to put it together for a full 90 minutes, much less a few matches in a row.

The ‘Caps only previous visit to Banc of California Stadium was a 2-2 draw in their final road match of 2018. After Diego Rossi scored twice for the hosts in the opening fifteen minutes, the ‘Caps fought back for a point off a Yordy Reyna penalty and an absolute banger of a goal from Jordon Mutch. Eight of the 13 players who featured in that game for the ‘Caps are no longer with the team, so this game will definitely have a different feel to it.

The ‘Caps Canadian contingent of Max Crépeau, Doneil Henry, Derek Cornelius, and Russell Teibert have returned from an ultimately disappointing Gold Cup run, but while the four of them will surely provide a much-needed lift, the ‘Caps biggest boost this week is the permanent transfer of Ali Adnan.

Adnan’s loan expired on June 30th, the day after the ‘Caps loss at the death in Seattle, and there was not a ton of noise on his situation from either Marc Dos Santos or the player himself. Thankfully, after five days in limbo, the ‘Caps were able to close the deal and keep Adnan in Vancouver with a contract that runs until the end of 2021, paying what is reportedly the MLS record transfer fee for a fullback (somewhere around $2 million).

The ‘Caps desperately needed to keep Adnan, as he has been arguably their best player this season and one of the few consistent attacking threats the team possesses. Dos Santos has flirted with a three-at-the-back formation that puts the Iraqi international in a much more attacking role, but the international absences the last few weeks meant that he did not have the defenders to play it all the time.

With Henry and Cornelius back in the fold, however, we could see the return of that set-up against LAFC, with the two Canadians partnering Godoy while Adnan and either Jake Nerwinski or Scott Sutter line up on the flanks. Teibert is also a solid bet to slide back into the starting XI, alongside his usual running mates Jon Erice and Inbeom Hwang, the latter of whom got his first and only MLS goal in the win against LAFC back in April. 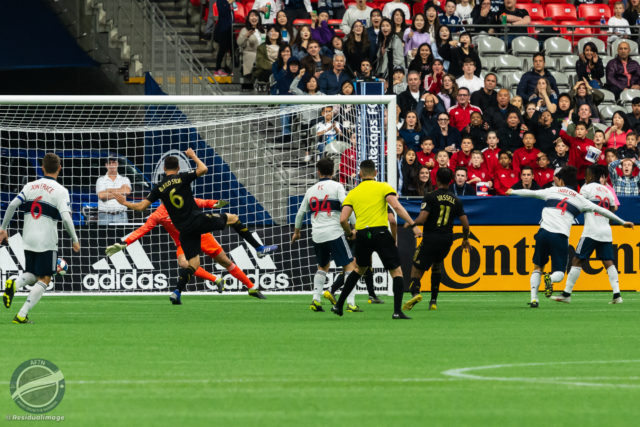 A 3-5-2 – which will probably be much more of a 5-3-2 this weekend with the ‘Caps surrendering the bulk of the possession – means that Reyna is able to play a more central role, which I think he is best suited to. While Hwang is very talented in his own right, Reyna is the most dynamic of the ‘Caps attacking players, and when he’s on his game he is able to break down defences in a way that no one else on the team can.

Despite Fredy Montero occupying a DP slot, and Joaquín Ardaiz taking up a decent-sized cap hit himself, rumours are swirling of the ‘Caps looking for another striker. It makes sense: Montero has just two non-penalty goals this season, and Ardaiz has yet to find the net at all. The ‘Caps are desperate for goals, and anyone who can help put them in the net would be a good addition.

How Dos Santos will make his formations and player management work if he gets another big ticket number 9 is a different question, and Montero will still get at least a few more run-outs to try and render the need obsolete. Given that we are now over halfway through the year, however, it’s hard to imagine that this iteration of our Whitecaps will suddenly turn into a goal-producing offensive juggernaut.

Looking at the visitors, LAFC went over two months in between losses, with five wins and three draws separating a pair of 1-0 road defeats in Vancouver and Colorado. The black-and-gold have managed to bounce back nicely from that Rocky Mountain loss, throttling Sporting KC 5-1 away from home off of four second half goals on Wednesday.

Carlos Vela is running away with the MLS MVP award, as he has compiled a ridiculous 17 goals and 11 assists in just 18 appearances, leading the golden boot race by a wide mark while also drawing with NYCFC’s Maxi Moralez for the assist crown. To put those numbers into perspective, the ‘Caps as a team have 21 goals and 14 assists this season. Yikes.

LAFC are also far from just being the Carlos Vela show. Diego Rossi is fifth in MLS with nine goals, Canuck midfielder Mark-Anthony Kaye is having a monster season in midfield with three goals and five assists, and former Whitecaps Jordan Harvey and Steven Beitashour have helped marshal a defence that has conceded the fewest goals in MLS. This team is elite in all facets.

I always try to avoid going into a match expecting a loss, but beating this LAFC team a second time is going to be a tall, tall task. Luckily, the Adnan news means the ‘Caps will have at least one win this week, even if Saturday doesn’t turn out too great. Still, they play the games for a reason (as the saying goes), so let’s not count our losses before they hatch. 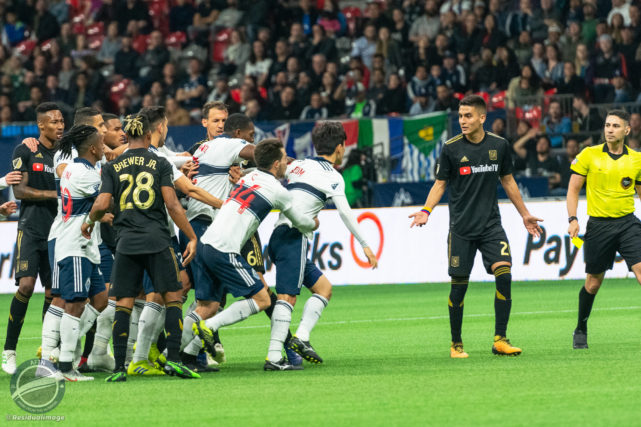