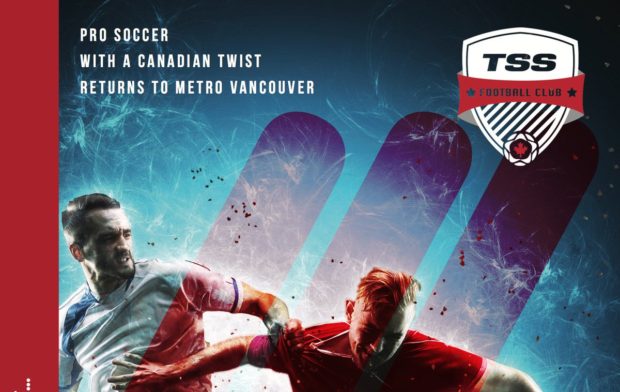 TSS FC Rovers inaugural PDL season is only seven weeks away. With an ethos of being “a community of sports fans committed to growing Canadian Soccer” and with a Canadians for Canadians approach to building their club, your club, the Rovers introduction to the local football scene has been well received.

AFTN will be bringing you a series of articles over the next few weeks telling the TSS story, letting everyone know what the club is about and what it hopes to achieve, and bringing you all the latest news ahead of, and during, their first season in the USL PDL.

We felt the ideal way to kick this off is to bring you this article by TSS FC Rovers Coach/GM Will Cromack. The article first appeared on LinkedIn and TSSRovers.com, but we thought it was important to bring it to you, and to a partly different audience, to explain just how BC’s newest professional club came into existence.

Why does one start a lower league professional soccer club in North America? How do you properly get your head around that topic as a potential owner and a soccer coach?

Why on earth did we ever think to build TSS FC Rovers?

The short answer is normally somewhere between, because it is so freaking childishly cool and because people said you shouldn’t be so stupid. Somewhere in there is the truth and ultimately both of those answers can be true. It isn’t incredibly fiscally responsible yet there is just something so special about the expression a community can make around a football club they begin to love. Starting from that romantic thought is what drives the little boys in us to think it’s possible. Watching small clubs all over the world succeed against all odds, past players buy their childhood club, and old managers investing in grassroots football themselves only serves to drive the dream further into our psyche. Roy of the Rovers stuff. If you’ve been in football for long enough, read a Shoot or a Kick Magazine cover to cover, watched Soccer Saturday when it was the only program available, the dream of owning a club or managing a professional environment is deep. And at a certain level, it’s silly. But so so cool. Soccer can be incredibly addictive and like any drug it makes you do silly and possibly amazing things…

Following that logic, TSS FC Rovers is, on a really basic level, the fulfilment of our dreams. We are aspiring to build a place to play, a place to go watch, a place to belong, and we are delivering our version of Roy of the Rovers. And my word, that is so much fun it is ridiculous. 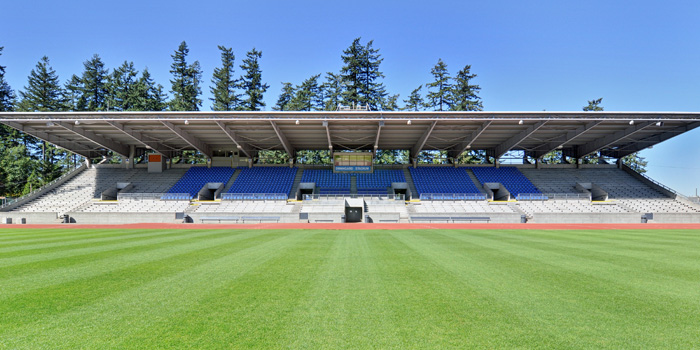 However, this story goes deeper. At TSS, like many a North American club, the conversation is often about what to do to develop better players, advance the sport, what our National team should do or not do, and where the hell Canada is going to find the next crop of players. As we train our teams and move through our academy curriculum we argue the merits of new ideas, coaching points and we generally revel in the idea of trying to help players work to improve their game or chase their dreams in the sport. After the soccer balls are away we sit in the office or near the pitch and over a beverage of our choice we break down the soccer world. No different than you. When we trudge home to put the kids to bed and slide into another end of day drink our email, bulletin board and texts continue the conversation. There are no outcomes that need to be accomplished just endless debates on the best teams, best techniques, world’s greatest players, what if we did this type stuff to aid player development…and it is all awesome. It is what makes coaching in this country fun. Being with like-minded people that care and are truly in the game as a labour of love. Those people are all over our country supporting their kids and their clubs, and we are no different.

Picture that very scene. A few of us completing a day of coaching when the topic of favourite rock bands ends up being the discussion of the evening. Songs are being played, conversation is flowing and a gorgeous spring training day is turning into a wonderful evening. It is only days after a generation of Canadians has heard the country’s adopted sons and a band held in the highest regard has declared its final tour. The Tragically Hip are bidding farewell under very emotional circumstances. Lead singer, Gord Downie, a person who would win the Prime Minister’s chair in a cake-walk should he have ever decided to stand, has been diagnosed with terminal brain cancer. His response is to grace us all with one last dance, one last wail, one last energetic connection of a national tour. To be with us.

Our late night songs turn to our youth and the days of yore as we enthusiastically discuss tour dates we had been blessed to be a part of and attend. Our minds are both excited and sad all at once. The tickets to this once in a lifetime event will be next to impossible to attain but barely a person we know doesn’t desire to attend.

The country begins to celebrate. Quietly, but it is gathering steam. Celebrating a band. A man of the ages and someone who uniquely represents our country. We talk endlessly of the impact this band has had on our lives and then out of the blue our friend claims he can get the three of us tickets. Life just got real. 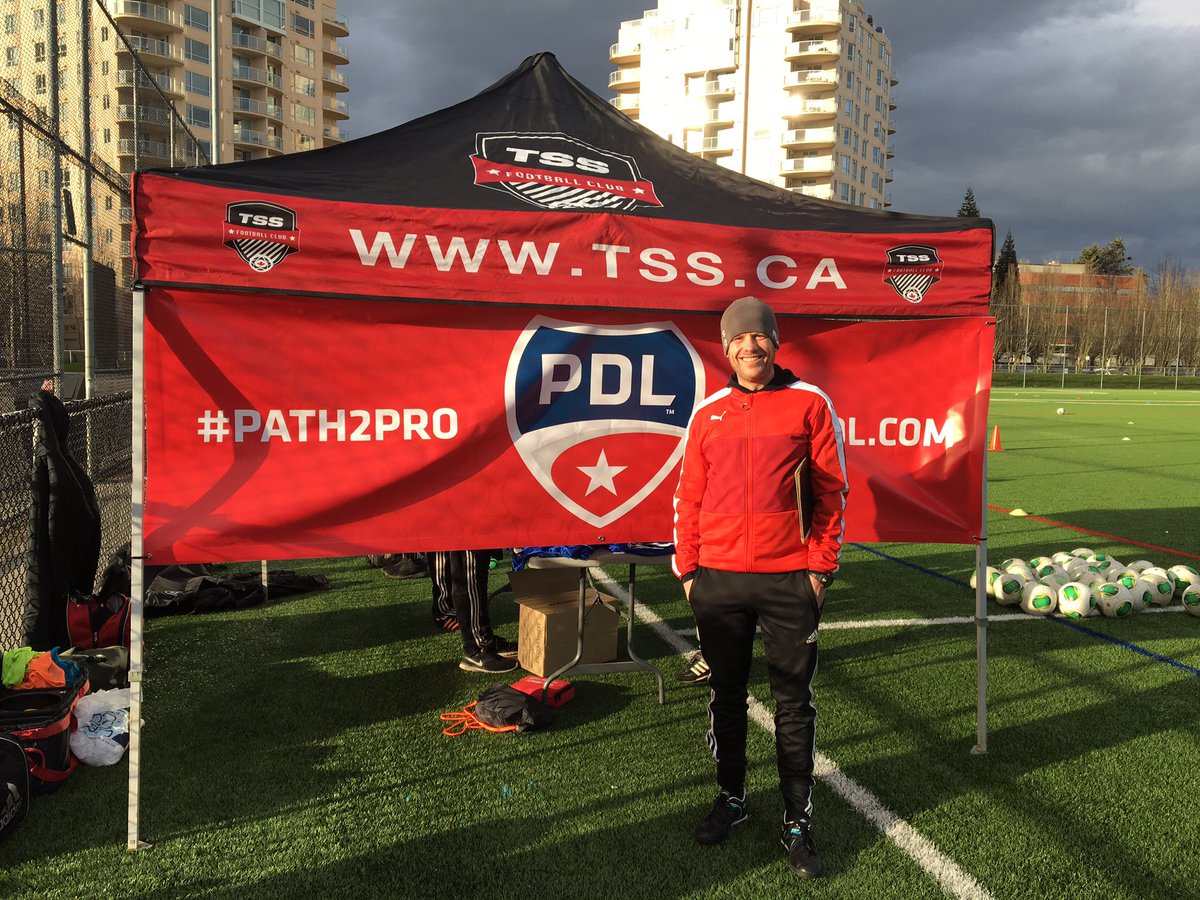 And that, bizarrely, is where TSS FC Rovers really took off. The three of us, Colin, Willie and Darren, all coaches at TSS, all friends off the field, connected on a whole new level around dreams and life. We got caught up in how a truly Canadian band had made such a difference to our lives, all in different ways, and along with Gregor, our coaching and playing friend, we spent months sending songs, dissecting lyrics and losing ourselves in the history of the band. It was a great time. Soccer, coaching and The Hip. Every night, for weeks.

Somewhere during that time we got caught up in the impossible. We laughed and connected again with the dreams. Our little club can be a difference maker. Our academy does a good job. Why not keep it going? Why not be about solutions? Why don’t we build on to our club? Look what one band from Kingston, Ontario did…

Off to the concert we go. A farewell that was fantastic. A throwback. The concert was incredible, if not for the energy and songs, more for the inclusive nature and emotional level the crowd attained. They wanted to say goodbye in the right way. We partied one more time with our Canadian heroes. They partied with us.

Weeks and weeks went by and we discussed the concert at the field and online whenever we could. The football development discussions ebbed and flowed interspersed between talk of favourite albums, songs that were growing on us again…and on and on it went. Still happens in fact.

Then it hit. The moment I think that changed us from talk to action.

Each of us was enjoying a cool one on our respective home decks. It was a beautiful evening and we were all individually listening to The Tragically Hip in our own worlds when Colin said, “Armed with will and determination, that’s what our pro team should be about.” It was an epiphany. It was unanimous. Willie piped in, “And with Grace Too”. It was what we all believed. How we felt and what we couldn’t have ever said ourselves. Canadians for Canadians. Authentically about our kids being given a chance to grow as professionals and people. Years and years of thinking and talking about the pathway for Canadians turned into a ground swell of action. Colin decided we would do it. It was time to have some fun.

125+ years of soccer involvement between the three of us began to come rushing into action.

TSS FC Rovers was born inside a long standing youth soccer academy we all cared about.

More to come from our football loving band of merry men and women in the future, but for now, know we aspire to deliver a team and club, “armed with will and determination, and grace too.” It’s what we believe Canadian people want to be known for…and what our team should aim to represent. Who knows where it will go from here. But it’s a start.

Thanks for all the support so far. Can’t wait to build a club with you all.

Authored by: Will Cromack
http://www.tssrovers.com