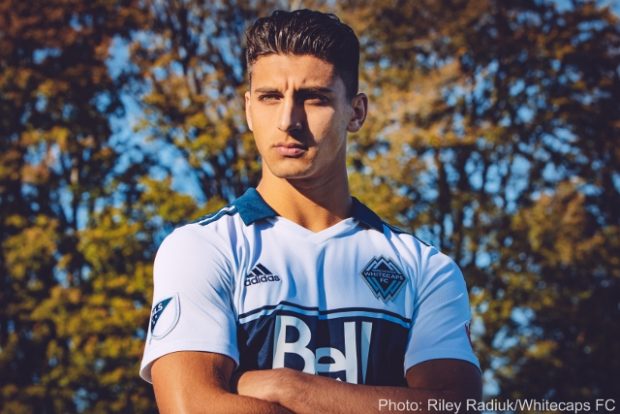 Friday the 13th. Unlucky for some, but certainly not for Vancouver Whitecaps centre back Gianfranco Facchineri. For that was the date last month that the 17-year-old academy product found out that he was about to realise a childhood dream and sign his first pro contract.

Facchineri was confirmed as one of the two latest homegrown signings by the ‘Caps on Thursday, along with Patrick Metcalfe, becoming the 20th and 21st academy products to sign a MLS deal with the club.

“Cloud nine” was the feeling Facchineri said best described how he was feeling over the Christmas period, a fitting reward for the hard work put in and the development shown from the defender since he joined the Whitecaps academy in 2018.

“This is something I’ve wanted since I was seven-years-old,” Facchineri enthused. “I’ve had this dream and to finally see it come about, it’s an incredible feeling.”

It’s been quite the incredible year for the Windsor, Ontario native all round. A quick progression from playing in the academy with U17s to being part of the development squad that went to Mexico and Korea, to training with the first team, and now being a member of that squad.

Add in to that captaining your country at the Under 17 World Cup in Brazil and it’s been a whirlwind year for the young defender.

“It’s been a lot,” Facchineri admits. “Last year I went from the first couple of months of not starting with the 17s to now being fortunate enough to be a first team player. It’s been a lot of work, but I’ve enjoyed every moment of it.

“I’ve been really fortunate with the opportunities the Whitecaps have given me. More opportunities are hopefully going to come but I’ve got a heck of a lot of work ahead of me, but I’m really excited for it.” 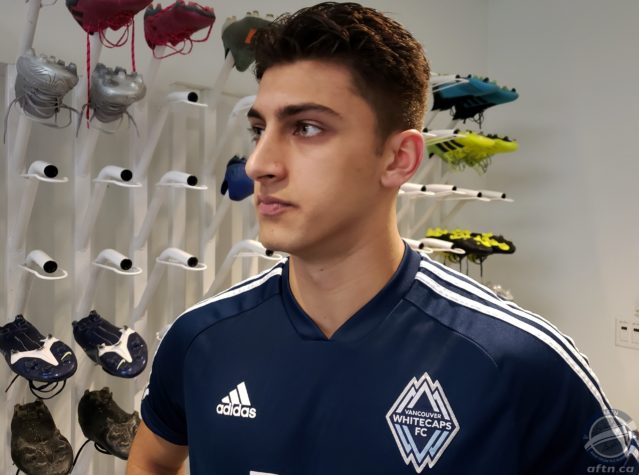 Whitecaps coach Marc Dos Santos has been keeping a close eye on Facchineri’s development these past few months, describing him as a player with the mindset and “approach to training and commitment to learning” that the club are wanting to see from all their young talents coming through the ranks.

There’s certainly no questioning Facchineri’s work ethic, an asset that was instilled into him from an early age by his father.

“One thing my dad always taught me when I was younger was that you’ve got to enjoy working hard or else don’t bother being involved in the sport of soccer,” Facchineri explained. “And that goes for everything in life. I’ve enjoyed working hard every day. This is all I know.

“Ever since I was a kid, soccer’s all I’ve done. It’s my one true love. It honestly isn’t that hard to wake up in the morning, come here every day, put in a couple of hours of work. I love hanging about the facility, I love the Whitecaps, I love the organization, the staff. They make it really easy to come in here and work hard every day.”

Watching Facchineri on the pitch and it’s clear to see that he is a leader, both on and off the field. He’s captained the ‘Caps, he’s captained his country, and he wants to bring what he stands for as a person to the club and set an example for the next generation coming through.

Facchineri’s transition into the first team mix has appeared relatively smooth. Everyone’s helped him settle into the environment, especially the other homegrown players who know what it’s like to be the new fresh-faced kid coming into the locker room.

But he also highlights the likes of Andy Rose, Jake Nerwinski, and Scott Sutter as the senior players that really helped him get up to speed and feel he belonged last season when training with the first team, and that’s the exact kind of example he wants to set in the future to those in the academy.

“I’ve always tried to have a professional attitude,” Facchineri said. “Try and embody what it means to be a professional. It’s the little things – being there on time, doing the extra work if you’re asked to. It’s just putting in that extra work.

“Something I always like to do is that the younger kids in the academy, I hope that they’ll look up to me and try and follow my example. That’s the mindset that I have.” 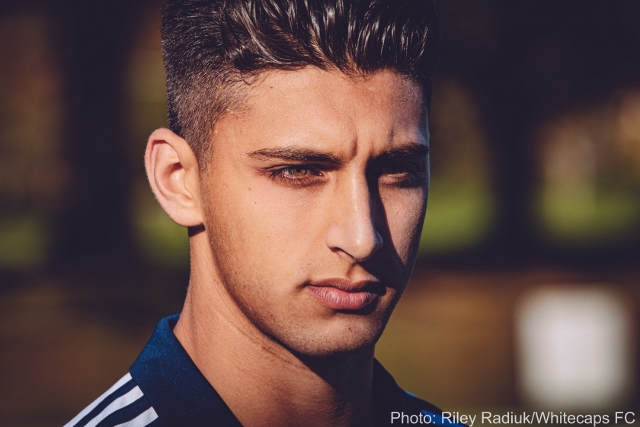 Of all the homegrown talents brought on by the Whitecaps to the first team squad over the years, Facchineri is something of a rarity. There’s been forwards, there’s been midfielders, there’s been goalkeepers, but what the club has been badly missing is for a centre back to come through the ranks. For whatever reason, no-one has made that breakthrough, and that in itself is a reason to celebrate the addition of Facchineri.

But before everyone rides the homegrown bus to expectationville, it has to be noted that Facchineri is one that the ‘Caps have eyed for the future. He has three other senior center back ahead of him in the pecking order, four if Amer Didic also signs.

As promising a talent as he is, this is reward for the work he’s put in first and foremost and he’s very realistic enough to know that he has a long, long way to go before he can expect to see any first team minutes, with a move up to the U19s and more time with the development squad expected to give him his playing time, while training with the first team squad during the week.

And he doesn’t expect Dos Santos to be having any chats with him to tell him otherwise.

“I haven’t had those conversations yet,” Facchineri said. “And quite frankly I don’t think he needs to have that conversation with me. I’m 17-years-old, right. I’m the youngest player on he team.

“This year is a learning year for me and if I can get time and if I can develop enough and improve enough to get some time and if I deserve some time, then yeah, that would be amazing. But right now I’m just focused on developing and doing what’s asked of me and what’s needed.”

As to what he needs to work on in particular to get there, Facchineri is equally self aware.

“Every footballer has facets of the game that they want to work on,” Facchineri said. “For me I think the biggest thing is just kind of getting comfortable with the guys, with the first team sessions, with the speed of play. Once I kind of find a little bit of rhythm, a little bit of confidence, I believe that all that stuff will start to develop. Then I can start nitpicking all the little things in my game.”

And going up against bigger, stronger, and older opposition also doesn’t faze him.

“It’s always difficult, you always lose [a little],” Facchineri admits. “I’ve always been a bigger guy. I’ve been a big 17-year-old and a big kid my whole life, but you kind of lose a little bit of that physical edge that you had. Then what’s actually beneficial is that you develop other parts of your game.