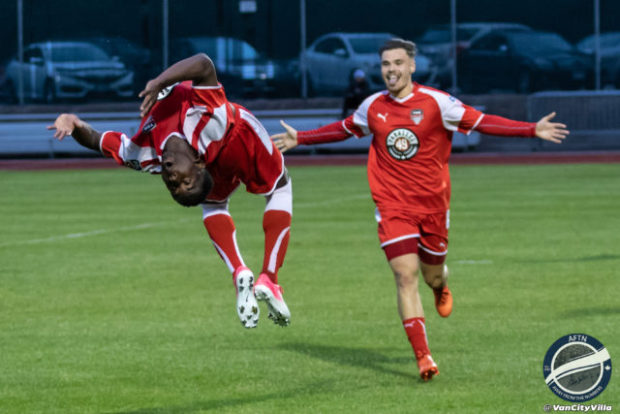 But over the next three days we’ll be revealing the players that will make up this year’s Rovers squad, and we kick things off today with a look at the 11 Rovers who are returning to the fold. 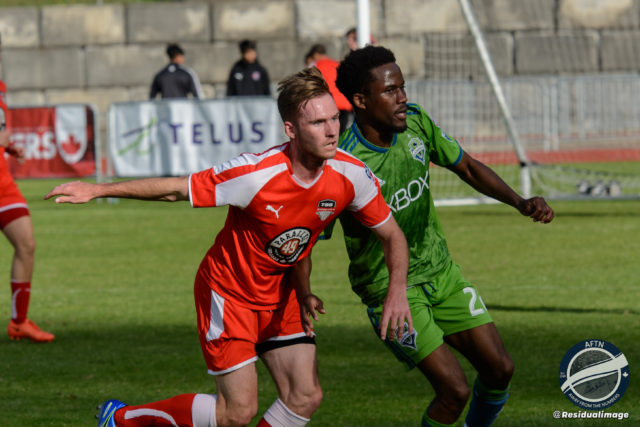 Winger Connor Glennon returns to TSS after a fantastic college season with SFU Clan where he scored 16 goals and added six assists in 19 appearances, 18 of them starts.

Glennon made eight appearances for the Rovers in the PDL last season, playing a total of 269 minutes and tallying one goal in the 3-2 win at Victoria Highlanders on May 27th.

Vernon native Glennon has called the lower mainland home since 2016 when he made the move to the Whitecaps Residency program, his second spell with the ‘Caps after first moving west in 2013 before returning home to be with his family, before moving to SFU for the 2017 NCAA season.

Glennon has also been a part of VMSL side Rino’s Tigers for the past two seasons, winning an Imperial Cup in 2018 and his two goals in last week’s semi-final helped guide them to this year’s Provincial A Cup final on Sunday.

Our 2018 TSS Player Profile on Glennon. 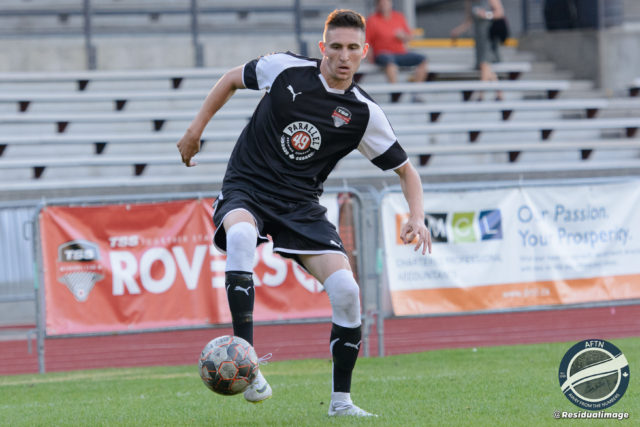 Defender Eric De Graaf returns to TSS for his third season as a Rovers player. Injury curtailed his 2017 PDL season to just two appearances, but he returned to play an important back of the Rovers back line last year, making 12 appearances, playing 691 minutes, and registering a goal (in the 3-2 win at Victoria Highlanders in May) and an assist.

A Whitecaps Residency alumni, De Graaf had been playing his college football with Portland Pilots, but made the transfer to SFU for the 2018 NCAA season, quickly becoming a dominant and key member of the Clan’s defence. He played and started 17 matches for SFU last season, scoring two goals and adding two assists in his Junior college year.

His experience and leadership will be important for TSS this season, and as he enters his final year at college he’ll be looking to impress again with the Rovers and the Clan with an eye to earning a pro deal in the CPL or elsewhere. 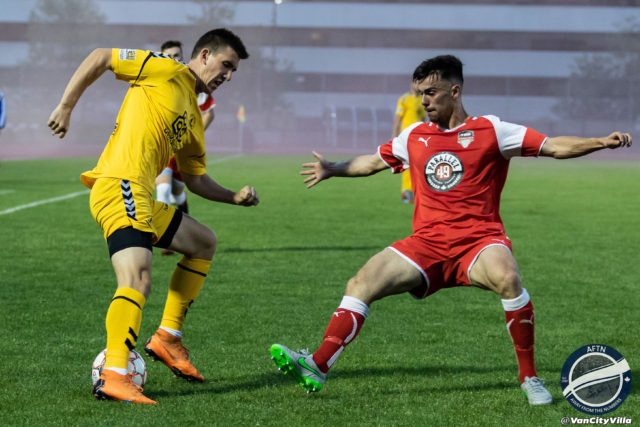 Chris Guerreiro returns to TSS for a second season after making 12 appearances for the Rovers in 2018.

The versatile defender can play both full back positions and had a solid Freshman season with SFU, where he made 11 appearances and added one assist in 2018.

The Whitecaps Residency alumni will be hoping to impress with the Rovers as he looks to nail down a regular starter’s role with SFU in his upcoming sophomore season with the Clan. 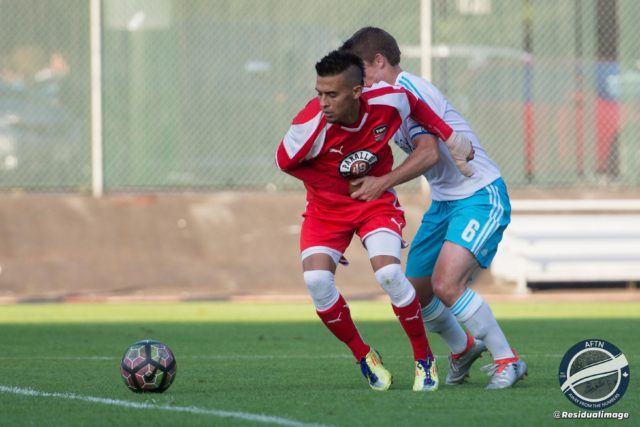 Connor MacMillan is back with TSS Rovers after a season away playing pro in Sweden with fourth tier side Skoftebyn IF.

The talented attacker played the 2017 PDL season with TSS, having played two PDL seasons with Kitsap Pumas in the US before that.

MacMillan can play in a number of attacking and midfield roles and made eight appearances and 627 minutes for TSS in an injury hit 2017 season, scoring one goal and adding four assists.

Our 2017 TSS Player Profile on MacMillan 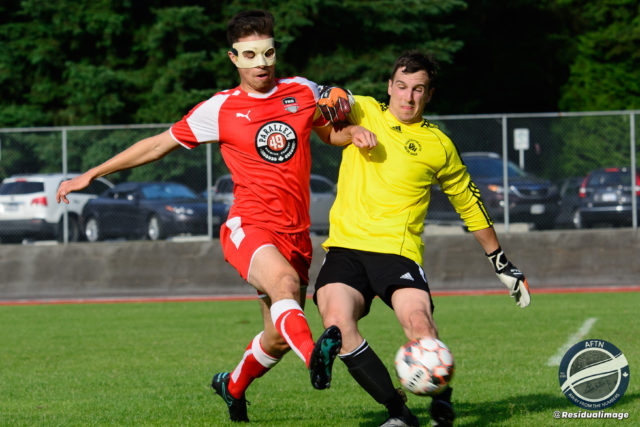 Riley Pang is back for his second season with TSS, ready to play a new role.

A facial injury suffered in preseason ruled Pang out for most of the 2018 PDL season, restricting him to just four appearances and 138 minutes.

The Whitecaps Residency alumni switched both universities and positions last year, moving across the city from SFU to UBC in the summer and switching from an attacking role on the wing to that of centre back, with some left back play also thrown in to the mix. And he excelled, scoring one goal and adding four assists in his 16 appearances.

Pang had played defensively before moving to the Whitecaps, who transitioned him into a forward. Now back where he started, Pang has looked like he’s been playing the positions for years, with the skills he learned as an attacker making him a very dangerous ball moving defender. A trait TSS are bound to utilize to full effect this season.

Our 2018 TSS player profile on Pang

After a year of change, UBC’s Riley Pang is playing with renewed confidence after transition from forward to centre back 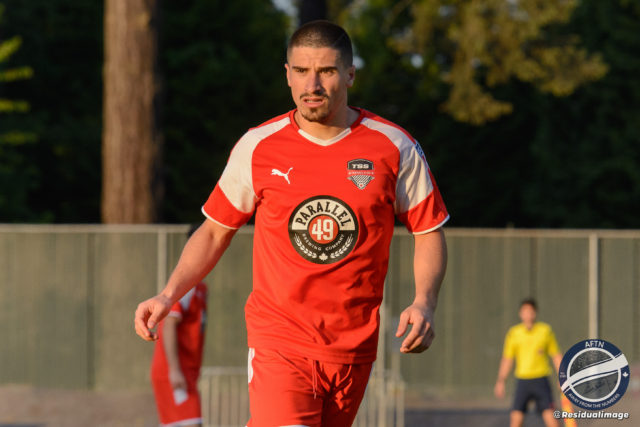 Marcello Polisi is back for his third season with TSS Rovers. The defensive midfield stalwart made five appearances in an injury hit 2017 season, following that up with playing all 14 matches and logging a team leading 1067 minutes last season.

The Whitecaps Residency alumni was also an important part of a dominant SFU side in GNAC last season, making 16 appearances for the Clan in 2018, all of them starts, scoring three goals and adding four assists, and was named to a number of end of season teams.

TSS will be looking for his leadership qualities both on and off the pitch again this season, so expect him to play a very key role in the squad from start to finish, with his link up play with his fellow SFU Clan players crucial to the team’s success once again.

Our 2017 TSS player profile on Marcello 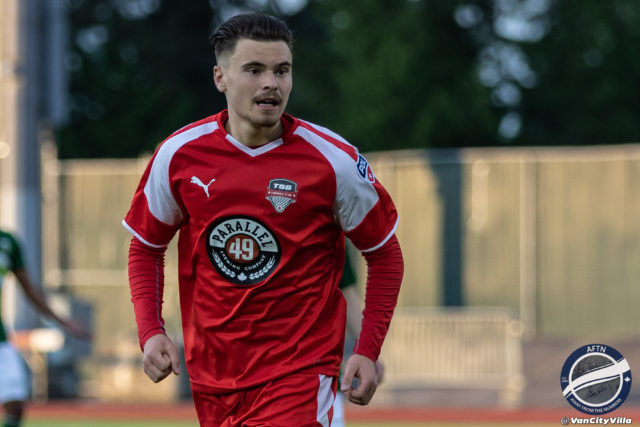 Like his brother, Matteo Polisi is back for his third season with TSS Rovers and is certain to be one of the key players for the club’s playoff push.

Matteo made 12 appearances in the PDL in 2017, logging 766 minutes and scoring three goals, the second highest on the team. He followed that up last season by playing in all 14 matches, where he was second on the team in minutes with 1056, just 11 behind his brother. He grabbed two goals and led the team with five assists, figures he will clearly want to build upon in 2019, and his form certainly make you believe he can.

Matteo’s sophomore season with the Clan saw him in phenomenal form. He played and started in all of SFU’s 19 matches, scoring a team leading 18 goals and adding 11 assists (the second highest total on the team). Those numbers didn’t go unnoticed and Polisi won a slew of personal honours, being named the NCAA Division 2 West Region Player of the Year and named to a number of end of season ‘First Teams’.

Many thought Polisi would be a shoe-in for a spot in the CPL after that, but with two years of his college scholarship remaining and NCAA rules meaning he’d have to leave college to sign a pro deal, the Clan will remain in his immediate future unless a very tempting offer comes along. CPL’s loss of course will be TSS Rovers’ gain and look for Polisi to carry on his goalscoring exploits in USL League 2 this season, where he’s already been named in the top 100 players to watch.

Our 2017 TSS player profile on Matteo 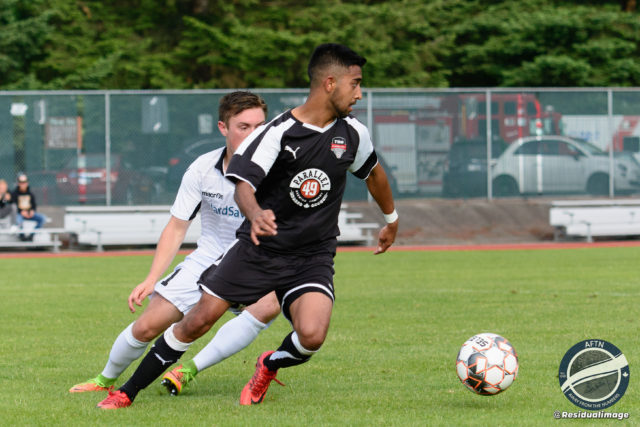 Midfielder Rahid Rahiem is back for his second season with TSS, having made six appearances and played 272 minutes in 2018.

Another Whitecaps Residency alumni, Rahiem is getting set to enter his senior year at SFU. He made 19 appearances for the Clan in 2018, scoring four goals and adding three assists.

A Provincial Cup winner with BCT Rovers Tigers United in 2018, Rahiem will be looking to nail down some more minutes with TSS this season and grab his first goal as a Rover. 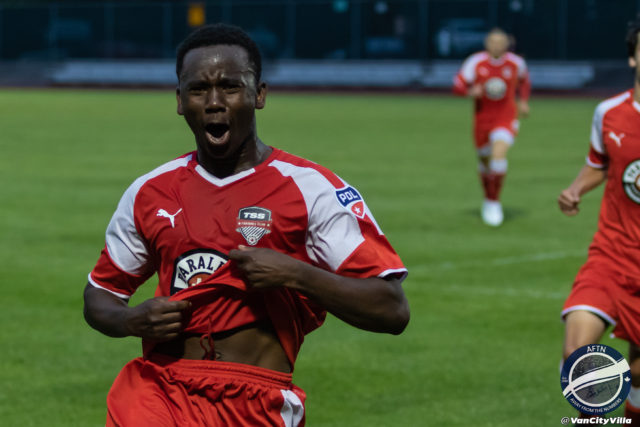 Returning to TSS Rovers for another season is exciting winger Daniel Sagno.

Sagno’s pace caused a lot of issues for defences last season and TSS will be looking for more of the same, but with perhaps a little bit more consistency. His standout moment in 2018 undoubtedly came with his two goals in the 2-1 home victory over Calgary Foothills on June 1st, the only loss for their Canadian rivals on their way to winning last year’s PDL Championship.

Our 2018 TSS player profile on Sagno 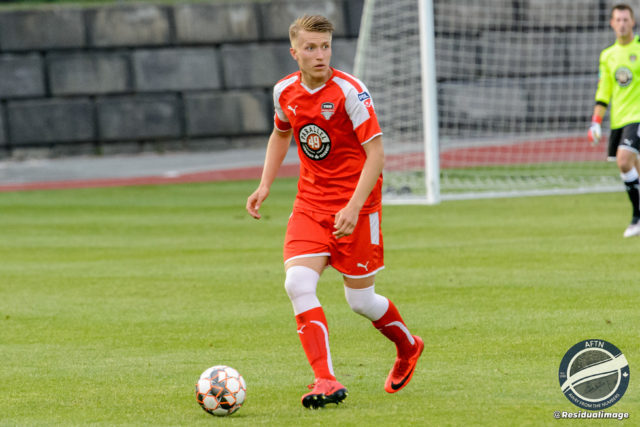 A later arrival into the TSS camp, Ukrainian defender Danylo Smychenko made a strong impression with the Rovers in his first PDL season last year.

Our favourite Dany after the Targaryen one in Game of Thrones, Smychenko made 12 appearances for TSS in 2018, marshalling the backline and grabbing one goal.

He’s played in the Ukrainian U21 league and gives the Rovers some versatility at the back. We saw what he can do as a centre back last season, and this year has seen him playing successfully in the left back role with Rino’s Tigers in latter part of the VMSL season. 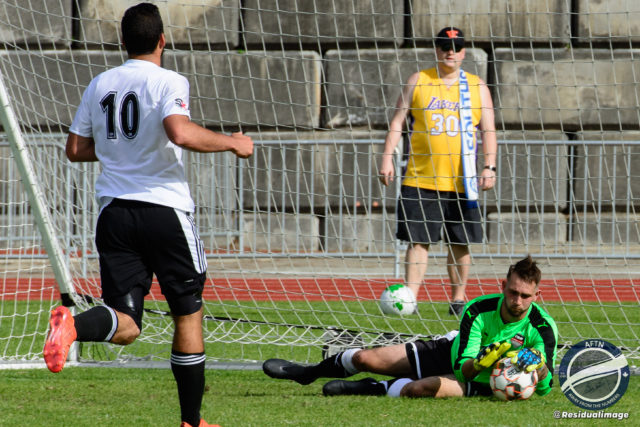 The goalkeeping position is always one that breeds patience, especially when you’re the third choice keeper with two teammates splitting minutes ahead of you. That was the situation Luciano Trasolini found himself in during the 2018 season TSS as he returned from injury ahead of the SFU college season. Trasolini was still rehabbing when the season got underway, and with Andrew Hicks and Mario Gerges splitting the starts between them, Trasolini’s only matchday action was in the midseason friendly against a VMSL All-star side.

That’s all changed for this year with Trasolini now the number one keeper for TSS as they head into the 2019 season.

The Whitecaps Residency alumni is coming off a strong season with SFU, keeping 11 clean sheets in 18 appearances after transferring in from a year at Barton Community College in Kansas.

He’s now looking to consolidate being the Rovers number one keeper and look for him to be a key part of any success TSS are to get this season.

Our 2017 TSS player profile on Trasolini

** In part two we’ll take a look at the players who are new to TSS this season, and part three will look at the Rovers call ups from the TSS academy **