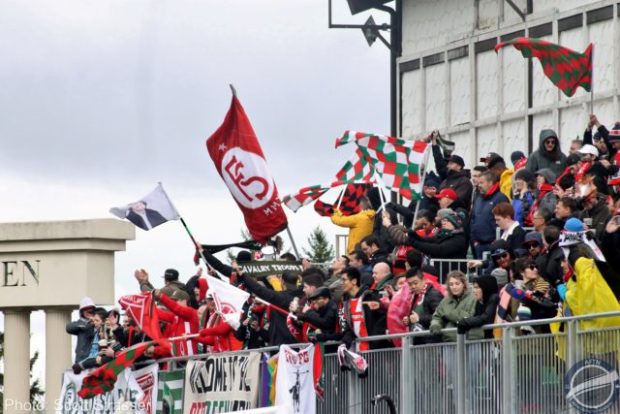 Amongst a trio of midweek Canadian Championship games, a sole CPL game took place in Winnipeg, as Valour FC welcomed Forge FC to Investors Group Field only to fall 0-2 to the visitors. This came after goals from Canadians Anthony Novak and Tristan Borges.

Saturday’s double header wrapped up all the league games this week, beginning with Pacific FC storming into a 2-0 lead against York9, only for the Ontario side to fight back and claim a point in B.C.’s capital.

Finally, we were treated to the first ever “Al Classico” in the CPL as Cavalry maintained their perfect start to the season dispatching their provincial rivals, FC Edmonton one goal to nil.

Cracks In The Calgary Armour?

It doesn’t take a statistician to see Cavalry at 12 points after four games and to know that they are maintaining a perfect season so far, but that is exactly how the season has panned out for the Albertan side. Four games, four wins, only two goals conceded. Not bad, especially when you consider the fact that they have completed 40% of their spring season and sit five points clear at the top of the table with a game in hand over those in positions 2nd through 4th.

A lot of attention was on the Albertan derby this past weekend – cleverly touted the “Al Classico” by the supporters of both teams – as Cavalry welcomed FC Edmonton to Spruce Meadows. Would Edmonton be able to finally taint Calgary’s record, especially with the added excitement of the rivalry?

Well, no, it wasn’t to be, as Cavalry and Marco Carducci managed to put up their second clean sheet of the league season. The 1-0 victory doesn’t tell the complete story as Edmonton had their chances, especially in the second half. If we look at the pictures below we can see the difference in the amount passes and overall control of the game Cavalry had in the first half compared to the second half. 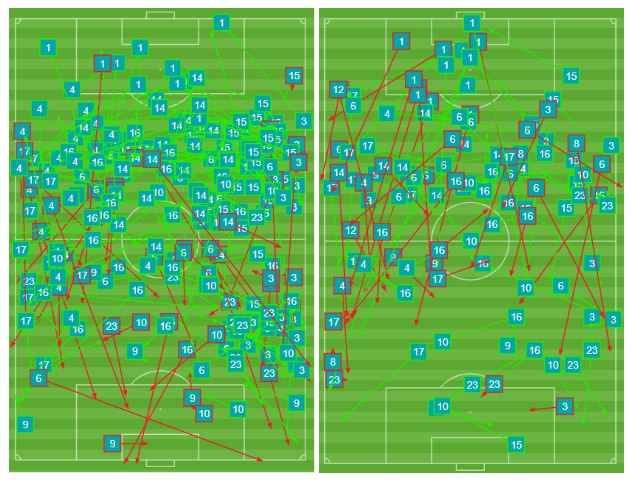 Cavalry attempted 232 passes in the first half as opposed to their attempted 110 in the second half. That means that 67.84% of their passing occurred in the first 45 minutes.

This could be a result of two things. Either Cavalry are not quite fit enough for a full 90 of their pressing system and were themselves the reason for the decline in passing/possession, or Edmonton had a plan against a very good Calgary side and chose to try and exploit it after the break. This might be a trend that fellow CPL teams will maybe want to dig into, although Edmonton were ultimately unsuccessful.

Starting the season with three road games is not ideal. Unfortunately, that is the situation that York9 has had to deal with to begin their CPL adventure. This three game haul has included trips to Hamilton, Calgary, and most recently, Victoria. You might then say that sitting in the wooden spoon spot at this time of the season is not as bad as some may have you believe.

They have only lost once, and that was against previously mentioned unbeaten Cavalry FC.

Although no clean sheets to show for it, the centre back pairing of Daniel Gogarty and Luca Gasparotto has impressed many, and are much the reason for the two points that York9 currently possess (special shoutout to goalkeeper Nathan Ingham between the sticks as well).

Both players have played every minute for Jimmy Brennan’s side, including in the 0-0 draw in their Canadian Championship match up with Blainville last week, and boast impressive defensive statistics.

Between the two players they boast the following: they have won 18 of the 27 duels they have contested, completed 35 clearances, and totalled 4 interceptions.

Perhaps most impressively is the avoidance of bookings and fouls conceded between them both, with zero yellow cards and zero fouls conceded after three games.

A force to be reckoned with? We will have a better idea as York return home for the first time in the league this Saturday against Forge FC.

The preliminary Gold Cup rosters were released earlier this week and a quartet of CPL talents found themselves on their respective nations list of 40 players (to be dwindled to 23 come the time of the tournament).

Two of these players will potentially be representing Guyana, ranked 175th in the FIFA world rankings, with the other two set to represent Trinidad and Tobago, ranked 93rd.

The first of those four is Forge FC goalkeeper Quillan Roberts representing Guyana. Roberts has played in two of Forge FC’s games this season, mustering four saves in total and the highlight of his season being a recipient of a clean sheet at his team sunk Pacific FC 3-0 earlier this month.

Also representing Guyana, and also coming from Forge, is forward Emery Welshman. The striker has played all but 16 minutes for the Ontario side this season and currently has one goal and a pair of assists under his belt.

The sole HFX Wanderers representative is veteran goalkeeper Jan-Michael Williams. He is one of four Trinidadians who play for Halifax and currently holds the number one spot for the CPL team. He has yet to keep a clean sheet this year but has not conceded more than a goal per game and has eight saves on the year, which is tied for fourth in the league.

Edmonton defender Kareem Moses is the last of the quartet. Moses has played every minute for Edmonton so far this year and has only conceded 0.66 goals every 90 minutes.

We will find out in the coming weeks if any or all of these four players will feature in their country’s final rosters.