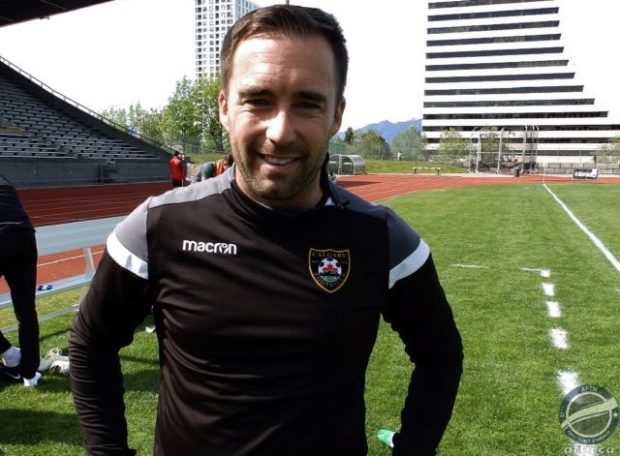 Calgary Foothills’ defence of their USL League 2 championship couldn’t have got off to a better start this past weekend with a pair of hard fought road wins to kick off their 2019 campaign.

The Foothills followed up a late 1-0 win over Seattle Sounders U23 on Friday night with a 2-1 come from behind win at Vancouver TSS Rovers less than 48 hours later.

A perfect start for new Calgary head coach Leon Hapgood, as his new look Foothills side go for back to back titles.

“Seattle Sounders away is never easy and we’ve had really good battles with them over the years,” Hapgood told AFTN after Sunday’s win at Swangard. “We got a good win. We were better on Friday. It was a good win for us today. We watched Will and his boys and they’re a good team. They’ve got a good team this year.

“We didn’t want to give up too much in the game, especially on the second game on the road. They’ll feel hard done by. They played well and created chances but we got our gameplan right and we got the goal in transition, so we’ll take the six points.”

It’s a season of complete change for Calgary, both on and off the pitch.

Ten of the starting 11 from last year’s championship win over Reading United have departed to the Canadian Premier League, eight of them with the man that guided them to that title, Tommy Wheeldon Jr., at Cavalry FC.

The Foothills dominated the league last year, losing just one match all season on their way to the PDL title. Calgary had lost the 2016 final, and Wheeldon had built a squad with two clear objectives last year – going one step further and winning the championship, while getting a group of players ready to head into the CPL with his new Cavalry side.

Both objectives were achieved. Wheeldon left to take the reigns at Cavalry, and the bulk of the squad left with him, leaving Hapgood with a new team to build and not a lot of time to do it. A lot of changes, but the club’s philosophy and goal remain the same.

“When you’ve had a team for such a short space of time, and we had such a large exodus of players that left us, it’s a rebuild,” Hapgood told us. “It’s a complete rebuild. Over the last three or four years, we’ve been growing it slowly and adding one or two, this year I’m adding 15.” 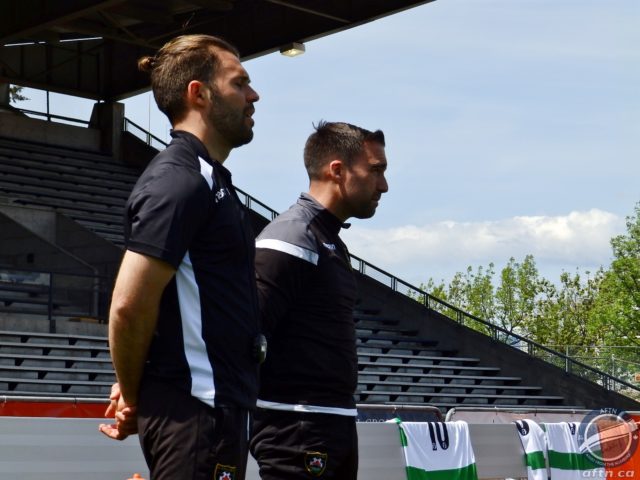 Hapgood may be the ‘new’ face leading the team but he’s been working closely with Tommy Wheeldon Jr. in Calgary for the past 10 years, after the Englishman brought his countryman over to Alberta in 2008 to be the Foothills Academy Technical Director.

With an 11-year playing career in the lower leagues and non-league in England, and a 10-year coaching career, Hapgood was the obvious choice to take the helm of the USL side when Wheeldon moved on. He’s helped shaped the identity and philosophy Foothills have established over the years and now gets to implement his own ideas to continue the club’s development.

So has it been difficult with having to basically start from scratch and replace so many players or nice to have a clean slate to build from when taking over?

“It’s a bit of both,” Hapgood admits. “With Tommy moving on, and people forget I’ve been with Tommy for 10 years, he’s moved on and everything he’s done with this group, I’ve been a part of. Behind the scenes and working with the players he’s had.

“We’ve still got a good core. Dan Hayfield, Tofa’s [Fukunle] a great character. When players come in, Tofa is able to bring the culture to them straight away and expectations. We’ve still got a bit of a core, but on the other side of that, it’s actually quite nice to build my own group and get the hoodoo off the back so to speak with Tommy and his group and champions.

It may be a completely new look Foothills side this year, but one thing already doesn’t seem to have changed. This is a Calgary side built on a very solid, and impressive, defensive footing. There’s not a lot going to get past this backline.

The Foothills only let in seven goals in their 14 regular season matches, and three of those were against TSS Rovers. Calgary had eight clean sheets on their way to winning the Northwest Division title, and a further three in the playoffs. 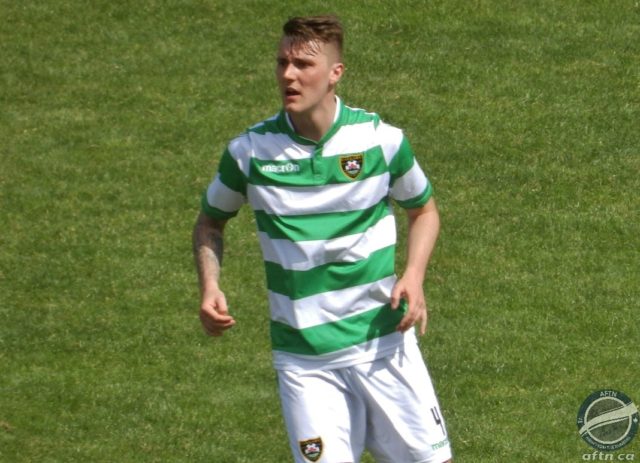 The defensive core have all moved on. Replacing them though are players who have previous USL League 2 experience and a familiarity of playing with each other in college. That includes goalkeeper Ben Jackson, and defenders Danny Pritchard and Euan Bauld (pictured above), who all play together with 2017 U Sports champs Cape Breton, three of five Capers on the Calgary roster this season.

“We identified players we wanted to bring in and then all we’ve done is build on a defensive structure, especially going away from home for our first two games,” Hapgood revealed. “These are two tough places to come. For us now, we’ll get back on the plane, freshen up, because the boys haven’t got much energy left, and we’ll regroup in the week and set a new plan for next weekend.”

The USL schedule has its quirks most seasons. This year TSS and Calgary battle it out in three straight matches, games which will likely go a long way to deciding their postseason fates. Calgary have got the advantage right now and they’ll be looking to build on it this weekend when they host TSS at Hellard Field on Friday and Sunday.

“We’ve started off really well,” Hapgood noted. “We can play better. We will play better, for sure. We’ve set up this first weekend and we’ve got what we’ve wanted.”

And that can only be an ominous sign for the rest of the Northwest Division.