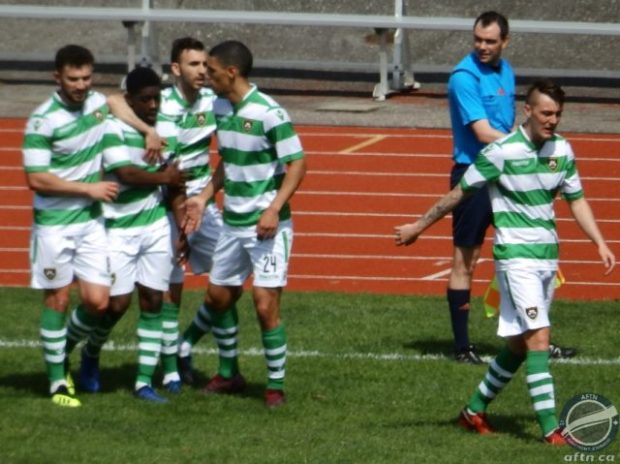 Vancouver TSS Rovers saw their unbeaten start to the 2019 USL League 2 season ended at Swangard Stadium on Sunday in a 2-1 loss at the hands of Canadian rivals Calgary Foothills.

It was a match where TSS will be wondering how they let this one get away, while Calgary served notice that they don’t plan on giving up their crown as reigning league champions any time soon.

TSS Rovers were looking to make it three straight home wins to kick off the new campaign, a feat which would have seen them in a very commanding position early in the season for clinching a playoff place for the first time in the club’s history.

If Friday’s night’s 5-0 demolition of Portland Timbers U23s was a statement, following it up with a victory over the defending league champions would have sent a message to not just the Northwest Division but across the Western Conference and the rest of the league. 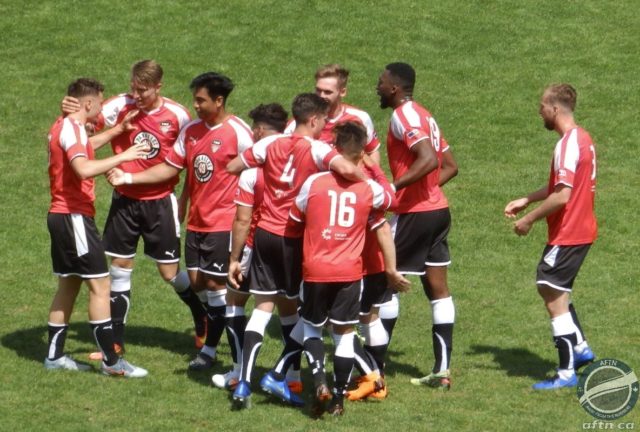 Half an hour in, that message was being typed up. An hour later, the message stayed the same, but the team is was about had been changed.

After being under the cosh and surviving some early scares in the opening minutes of their first two victories against Lane United and Portland, the Rovers targeted an fast start in this one, taking the game to the Foothills, and reducing Calgary to trying to hit on the counter.

After a slew of chances, thwarted by some solid Foothills defending, the Rovers finally got the breakthrough their pressure deserved and it was another golazo from Matteo Polisi that broke the deadlock in the 29th minute.

Following on from his long range curler from the edge of the box on Friday night, Polisi did it again, taking a pass inside from David Malamura before blasting home past Calgary keeper Ben Jackson.

It was a lead that was to last less than four minutes before Calgary pounced on a turnover after some sloppy defensive play in the Rovers final third, allowing William Akio to fire the equaliser past Luciano Trasolini.

Akio is the only member of the Calgary team that started last year’s PDL Championship game still with the Foothills and the striker got himself free in the box to bury a Corey Bent cutback, as the Rovers conceded their first goal of the season.

Goal @FoothillsFCU23 @theakio69 capitalizes on a mistake from the Rovers.

The goal breathed new life into the Foothills and despite the Rovers dominating possession, they always looked the more likely team to grab the next goal, as TSS struggled to break down an impressively compact Calgary defence.

Calgary just needed one more opportunity and they got it in the 66th minute when Cory Bent broke clear, turned Chris Guerreiro inside out in the box, and fired into the far corner past Trasolini to make it 2-1, and what was to prove to be the match winner.

TSS pushed hard for the late equaliser, but a couple of close calls came to nothing, and Calgary made it back to back away wins to kick off their title defence, consigning the Rovers to their first loss of the season in the process.

Rovers head coach Will Cromack was understandably disappointed after the defeat, feeling that his side had been the better team on the day, undone by their own defensive errors and their inability to put away more of their numerous chances and break down a Foothills team that he felt came to defend.

“Against Calgary you’ve always got to be prepared to battle,” Cromack told AFTN. “It’s never going to be a Picasso. None of the games. None of them. Part of this is still trying to play a style that we thing will develop players. No disrespect to what we saw, but we’re trying to play, every time.

“Essentially we gave goals away and we did it by the way we play. Some will say that’s too principled. Others will say that’s going to help our guys get to the next level and you’re going to suffer sometimes. Did they create a ton in my mind? I’m not going to say they did. They were a threat. Certainly the guys that we know are a threat at this level. But with the ball, did they move us? Not a ton.” 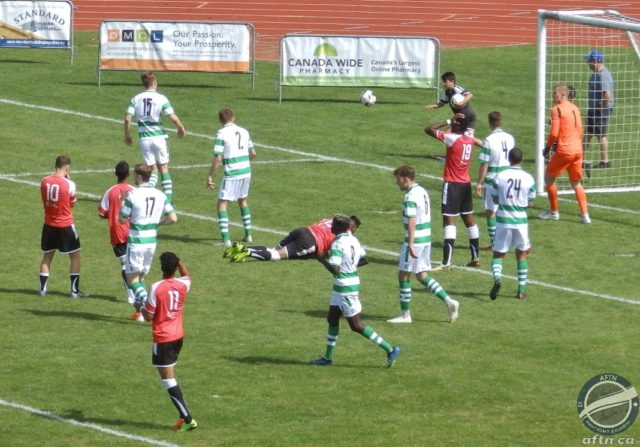 Rovers outshot Foothills 8 shots to 5, forcing six corners and a couple of defensive scrambles. Calgary however were the more clinical, pouncing on TSS defensive giveaways and exploiting the space they were leaving at the back when they attacked, while the Rovers struggled to break down an impressive Foothills backline, led by Cape Breton Capers centre back Euan Bauld, who was dealing with everything TSS could throw at him, and his college teammate Ben Jackson in the Calgary goal.

“We created enough,” Cromack mused. “We’re not going to get 15 or 16 chances. We’re going to get six. We got six and we need to put them in the net. The truth is goals change games. We need a better start and more patience. The analogy I used at half time was that Man City have to play against blocks all the time. So you’ve got to learn to break them down.

“It’s easier to play without the ball than it is with. Truth is, that’s going to make our players again. You can’t see the same thing all the time. That’s why this division is incredible. It’s a death march. You go again next Friday and next Sunday against the same team.” 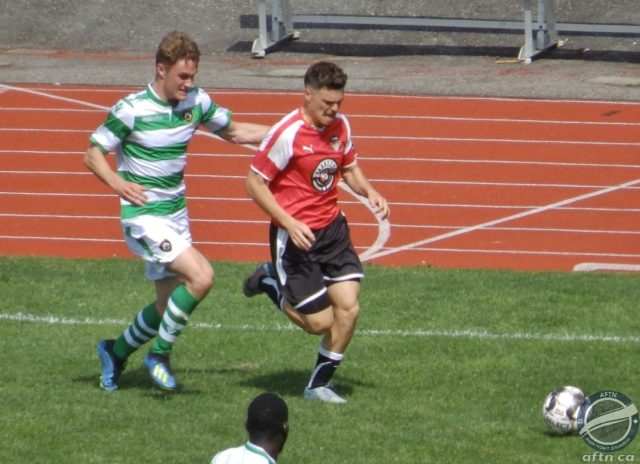 Playing their second game on the road in the space of three days, new Foothills boss Leon Hapgood noted that his team “didn’t want to give up too much in the game”. They didn’t and got their gameplan down perfectly, packing players behind the ball, looking constantly dangerous on the counter, and negating a potent TSS attack.

The two teams now meet again this coming weekend, with two games in Calgary on Friday and Sunday. TSS now don’t have too much room for error if they want to keep their title dreams alive in the short 14 game season. Three early losses to Calgary would see their hopes of finishing first all but disappear, and Cromack knows he’ll be facing an entirely different animal in Foothills on home turf.

“They’re going to be at home and they’re going to try different looks,” Cromack said. “It’ll be up to our most creative players, who I think for the most part in their second game in two days, did a pretty damn good job of getting into the box. It just has to fall for you and you have to finish it.”

But despite his annoyance at the loss, Cromack paid tribute to Calgary. 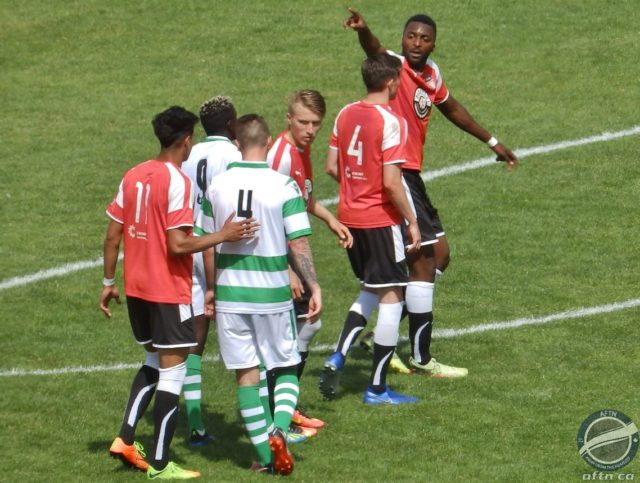 Unfortunately none of AFTN’s photographers could make it out to this one, so there’s no proper photo gallery. I did manage to grab some photos of the match (mostly through the dirty press box window while commentating!). They’re not great and from distance, but you can see what we got on our Flickr account.