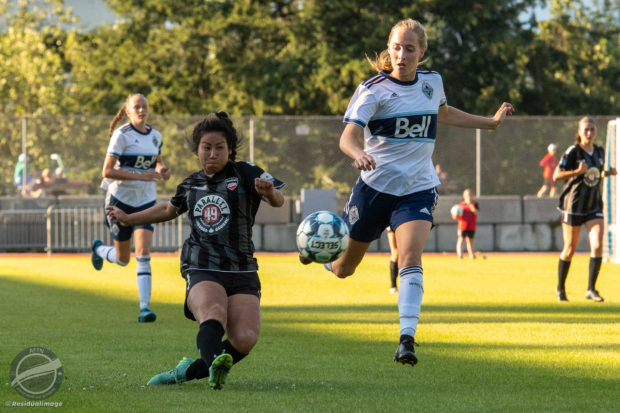 After two gruelling months and 11 fiercely contested matches for each team, the battle to claim the second spot in the inaugural League1 BC women’s championship game is going down to the wire.

With one week, and one match, of the regular season remaining, three teams are still very much in the mix to take on Varsity FC at Swangard Stadium on August 1st, BC Day, for the right to be crowned the league’s first women’s champions.

One point currently separates 2nd placed Vancouver Whitecaps from 3rd placed Unity FC and 4th placed TSS Rovers after a season run-in with many twists and turns along the way. Now it all comes down to one match for each side and a whole host of permutations.

As things currently stand, the championship game’s berth is in the Whitecaps’ hands. Katie Collar’s side control their own fate after their strong start to the season and the all-important points on the board look set to see them make it over the line ahead of the others.

The Whitecaps face off against Rivers FC on Friday evening at Ken Woods Field up at UBC (kick off is 6pm and admission is free) with the simple scenario of win and they’re in.

The ‘Caps currently sit on 22 points from their 11 matches played, with a record of seven wins, one draw, and three defeats. Six of those victories came in their first seven matches, with the other a come from behind draw against TSS in one of the games of the season. 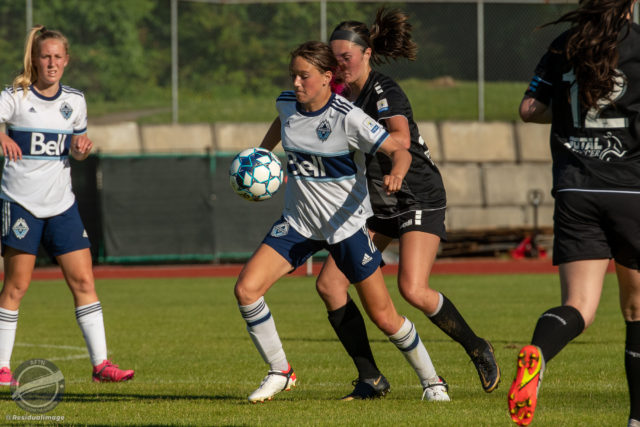 And those early points on the board were crucial with the already young side becoming even younger when seven of their senior players left the team to head off to college in the US. What is left is a core of players from both the Canadian U17 and U15 national teams and the young, inexperienced side have had their hands full against older and more physical opposition, managing just one win from their last four matches.

“I think the biggest thing for us is figuring out how to win without some of the ones that we’ve lost,” Collar told AFTN. “We still have good pieces and all of the games that we’ve lost recently don’t necessarily reflect the scoreline based on how the girls have played and fought to the end… Putting a full game together will be key for us and that’ll be the messaging to them.”

That solitary win that they did get post departures, a 2-1 victory over Unity on June 29th, could prove to be the key difference maker in whether they extend their season or not, but however things play out Collar feels this has been a great developmental environment for the players to build upon.

If the ‘Caps can get it right against Rivers on Friday they’ll get a chance at revenge against a Varsity side that has beaten them by a combined score of 7-1 in their two matches, both of them after their seniors had left.

On paper, it should be a done deal for the Whitecaps against a Rivers side that have just one win for the season and a goal difference of minus 21. But with so much on the line, this will be a great development opportunity for Collar’s side in getting the result you need when you need it most.

And if the Whitecaps slip up, TSS Rovers and Unity are nipping at their heels, ready to pounce. 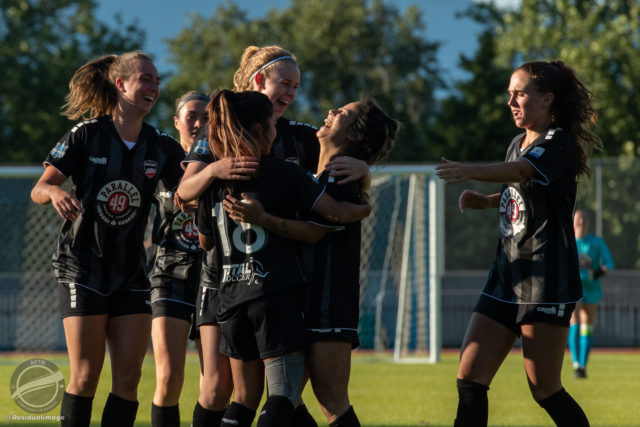 TSS will already know if they still have a chance of making it before the Whitecaps even take to the pitch. They are in action on Tuesday night at Swangard Stadium (kick off is 6pm) in their last regular season games against table toppers Varsity.

The Rovers are the only team in contention that don’t have a possibility of controlling their own fate. They sit in 4th, level on 21 points with third placed Unity, but the first tiebreaker is wins and the Langley side have the narrow edge in that category by one. A tough one for TSS to take as they have the second best goals for and goal differential and the second least losses in the league.

All TSS can really do now is go out and win their last match and then see how the cards fall. It’s a must win scenario.

“I think I should have started the season with this mentality that everything’s a must win,” TSS head coach Chelsey Hannesson joked with AFTN. “Because the second that we started to apply that pressure or even have those conversations in the locker room, they started to believe in themselves a little bit more.

But the message today is you are great, people know that you’re great, but the expectation needs to be even higher.”

Getting that victory will be a tough ask as they face Varsity. Whether the UBC side will play a full strength team or rest some key personnel is the big question. They put out a strong line up in their 4-1 win over Rivers at the weekend, but they may not want to tip their hand too much against a potential final opponent.

Whoever Varsity put out, it will be a strong side, against an already weakened Rovers side that have lost a number of key players back to the NCAA college ranks. But TSS have impressed no matter who is in their line-up as well and they narrowly fell 1-0 to their opponents just a few weeks ago, so they will certainly fancy that they can get the job done.

“Having this mindset of understanding how close we really are and being so close to getting into the top two is lighting a bit of a fire in them,” Hannesson added. “If we can continue to build off of that and use that to our advantage, then we’re going to continue to use that.”

One last victory for TSS will move them into that coveted second place in the standing, immediately turning the pressure up on the Whitecaps for Friday, and any slip up by the ‘Caps will then open to door to the team that’s been coming up strong on the rails after a tough start to the season, Unity.

After a season opening win against TSS, Unity fell to three straight defeats before a huge 3-1 victory at Varsity resurrected their season. 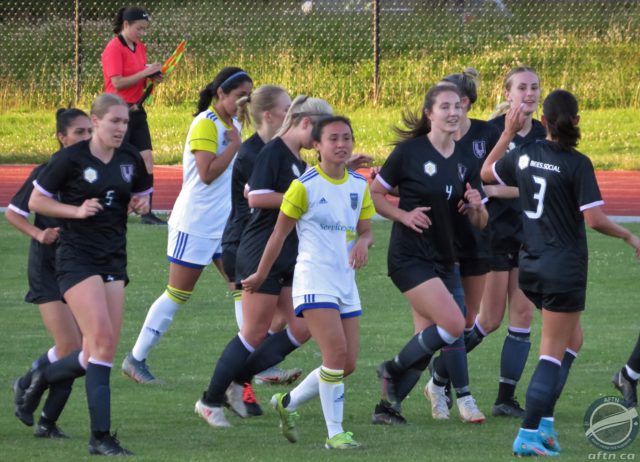 Unity have won six of their last seven matches, after a more favourable end of season schedule saw them facing off against the teams out of championship contention. It’s seen them hit a rich vein of form at the very right time and if the Whitecaps drop any points against Rivers on Friday, then suddenly Unity will control their own fate with a win and they’re in game at Altitude FC in North Vancouver on Sunday (kick off 3.30pm).

If both the Whitecaps and Unity drop points in their final matches and TSS can secure all three, then it will be the Rovers that will be heading to the championship game.

So much drama still to be played out in what has been an absolutely fantastic inaugural League1 BC season and whoever triumphs in the end, it’s been a tremendous advert for women’s soccer in the province.