When the Whitecaps announced yesterday that they were having a press conference at lunchtime today with representatives from Budweiser, BC Place and BC Lions regarding a new partnership, we narrowed what it would be about down to a few options:

* The Caps were going to announce Budweiser as their official beer partner, but then why would the Lions be there and why would they not go with a local one like Kokanee or a national Canadian beer like Molson? So we ruled that out.

* There was strong chatter in some circles that Budweiser had won the naming rights to the renovated BC Place, although other chatter suggested that the new named stadium would not be announced until at least February and probably the spring. It could still be Budweiser of course, but seriously, BC Bud Place? That’s the name it would get no matter what the official one would end up being.

* That BC Place had secured a deal with Budweiser to be the official beer of the new stadium and as such the fans of the Caps and the Lions.

* The outside chance that the ghost of Spuds MacKenzie had returned as the Whitecaps first designated player and new striker. At this stage in proceedings, I’d welcome any striker, even if it was a dog that died 18 years ago (he can’t be much less potent than the NASL class of 2010).

It turned out to be options one and three and not four, meaning all my ‘ghost dog’ tifo plans went to ruin – unless Lassie is still in with a shout of the coveted number 9 jersey. 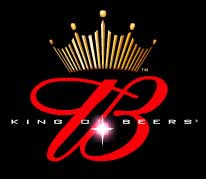 Budweiser and BC Place seem to be a good fit. King of beers, king of North American sports stadiums. And of course, after a few Buds, if you squint at the top of BC Place for long enough, it will start to resemble the upturned tab crown logo many associate with the beer. Could you get better branding for your product?!

It was all a bit of a non event to me, but I guess that as a non drinker now I’m not exactly the audience they’re planning on wooing, even if it was my drink of choice back in the day. I’m also a grumpy old-fashioned football fan that hates to see all of the corporate people and sponsorship that is everywhere in the game just now.

That said, it is a big coup to have a brand like Budweiser on board and a brand that invests heavily in football at all levels the world over. Under the deal, Budweiser will become the official beer of the Whitecaps and will be the pouring beer at BC Place when it re-opens, thus making it the beer of choice for the BC Lions now too.

More exciting possibilities exist in the fact that the Whitecaps branding will be available for Budweiser to use in promotions.

With the Whitecaps aiming at becoming a global brand and one of the top 20 Clubs in the world, tieing themselves up with a world renowned company like Budweiser is tremendous for them and can only help with this goal.

Full marks to the Whitecaps for lining up some very big and very impressive sponsors. They may not be to everyone’s cup of tea for their own personal reasons (I personally hate that they’ve gone with Bank of Montreal solely because of the recent history with the Impact!) but they have to take the best money and deal that’s out there for them and there’s no denying that Bell, Bank of Montreal, EA Sports and now Budweiser are all big players, not only in their respective fields but North American business circles.

That’s a lot of money we’re talking about being bandied about here. Surely some of it can be used to get us a couple of strikers?! Even one would do.

Who knows what the future will bring sponsorship and naming wise.

We know that there is going to now be a “Bud Zone” at BC Place. Not sure where this section will be yet but could we even have the Budweiser Southside. Many of the Southsiders will be boost the gameday sales of the new sponsor anyway and we have songs about beer, so another marriage made in heaven if the group ever wanted to go down the corporate road. Get the Bud Girls in and you’re on to a winner – the Bud Light Girls are even in Whitecaps colours after all!

If we’re looking at creative sponsorship opportunities then I would like to see named ends for the new stadium like all the best grounds have. The Budweiser Southside would be an obvious choice if they wanted to go down that road.

I’m still hoping that the Whitecaps run with my idea that I pitched them last year of having the away support housed in the Bell End. It is going to be full of knobs after all.