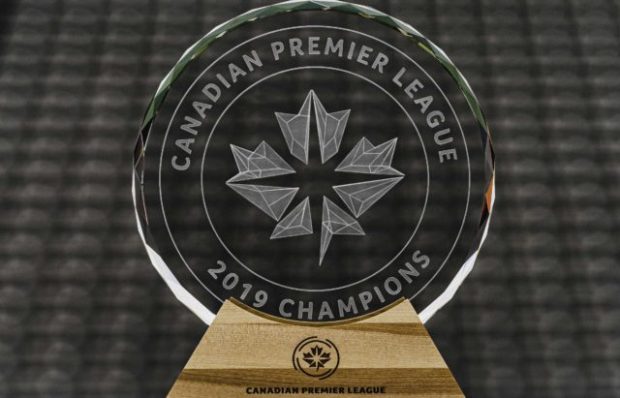 Since wrapping up a successful inaugural season, the Canadian Premier League (CPL) has been looking forward with a plan to build on that foundation in its second year.

The current COVID-19 crisis that has seen football shut down across the world was not in anyone’s plans and has meant an indefinite delay to the start of the 2020 season.

Naturally disappointing for everyone involved with the league, but as we await the action to get back underway on the pitch, here is an update of the latest news regarding the league from the past couple of months.

Although having seven teams was a good start for the league, it did unfortunately lead to an unbalanced schedule and match congestion. In addition to its weekend fixtures, games often had to be played on weeknights to compensate for this unbalance. Lots of air travel across the second largest country in the world did no favours for the players, not to mention those weeknight games were not usually as well attended by fans as games played on the weekends.

So, with the announcement of Ottawa getting a new CPL franchise, backed by European powerhouse Atlético Madrid, it gave the league the balanced schedule it desired heading into year two.

Atlético Ottawa was officially announced as the eighth CPL club on Jan 29 of this year and their home ground would be that of the now defunct Ottawa Fury, TD Place Stadium.

With an even number of teams playing in 2020 it means a more balanced schedule has been created, with most games taking place on the weekends. The congestion and travel that affected teams last season should be alleviated, unless some teams go far in the Voyageur’s Cup, but overall it’s a much more desirable schedule, better for the players and hopefully making for increased attendance.

Speaking of the Voyageurs Cup, 2020 will be the second time that CPL teams compete in this Canadian Championship tournament against teams from Major League Soccer, League 1 Ontario, and the Premiere Ligue de Soccer du Québec (PLSQ).

Last year saw Montreal Impact win the championship with a win over Toronto FC, earning a spot in this year’s Concacaf Champions League. Honourable mention goes to Calgary’s Cavalry FC for playing giant killer and knocking off Vancouver Whitecaps in the quarterfinals during a two-legged fixture that saw Cavalry win at BC Place. It was the first time a CPL had knocked off MLS opposition and was a momentous occasion for the fledgling league.

This year’s tournament has been structured so that teams from similar geographical regions will have a higher likelihood of playing against each other, throwing up mouth watering prospects such as Vancouver Island’s Pacific FC having the opportunity to face Vancouver Whitecaps if they can get past FC Edmonton in the first round.

Some soccer traditionalists disagree with the tournament being intentionally structured in this way with its goal of creating geographical rivalries, or what the traditionalists might call “artificial rivalries”. And for a variety of valid reasons they might advocate instead for a random draw much like they do for the FA Cup in England.

But all of that aside for a moment, I have to admit that I’m keeping my fingers crossed that this match-up happens this summer. Pacific FC is loaded with ex-Whitecaps academy players which would feed into a really fun rivalry narrative, and the thought of jumping on the ferry to catch the two-legged series is appealing to me. Very West Coast.

If these two teams do end up meeting in the tournament, the games are currently scheduled to be played sometime between July 7-9 and July 14-16. The final match dates, times, and locations are still to be confirmed, but in the meantime keep your calendars open if you can come out to cheer for your side and show some community pride!

Due to the current health risks associated with the COVID-19 outbreak, the CPL released a statement on Mar 20 announcing the postponement of the 2020 regular season until further notice.

The season was originally scheduled to commence on Apr 11, but with all the uncertainty in the world right now the decision was made to hold off on that start date while continuing to monitor the situation. This announcement follows a prior statement made by the league on Mar 13 saying that it was instituting a hold on all preseason training for all teams due to the pandemic.

The CPL has made the decision to postpone the start of the 2020 season#CanPL pic.twitter.com/7kFOWbJALH

Since that announcement, players, coaches, and staff have been following the recommendations of public health authorities and practicing social distancing which means all team practices and tactical sessions are now being held virtually with players being responsible for keeping themselves fit until the teams can get back to training together.

With no imminent start date in sight, it’s a frustrating time for all concerned, but obviously the correct decision. The situation in Canada and around the world is changing apace daily. All we can hope for right now is that there will be a season to watch and write about. What that will look like and how many games that will involve is all up in the air.