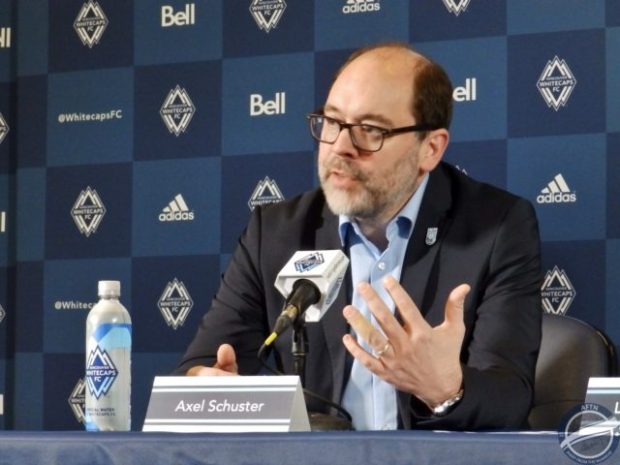 One of the biggest fears many people have in the current COVID-19 crisis is the unknown aspect of it all – especially how long this pandemic may last and how long restrictions will be in place locally, nationally, and across the world.

While everyone readily acknowledges that people’s lives are more important than anything else right now, especially sport, we all crave some normality, some sort of reassurance and hope that there is a visible light at the end of this tunnel.

As football fans, it’s a natural thing to discuss when we might see the game being played again. For those in charge of our clubs and the sport, they have to tread a fine line between talking about the future, while showing some sensitivity to gravity of the global situation.

“I think that football should not, especially in this market, should not make us more important than necessary right now,” Vancouver Whitecaps Sporting Director Axel Schuster told media on a conference call on Wednesday morning.

“There are bigger problems that have to be solved right now. If the time is the right time, we will find solutions to go on with our competition and we will prepare for every single scenario.”

And those scenarios are plentiful right now.

Major League Soccer at least has time on their hands to come up with a creative solution to playing some kind of 2020 season. The current campaign was only two weeks in when the shutdown happened.

The biggest problems arise elsewhere in the world, especially Europe, where the top leagues were coming to a conclusion, players contracts are set to expire, summer transfers are now up in the air, and where UEFA announced today that the Champions League and Europa League competitions were suspended indefinitely.

“We are not in Europe, where they are running out of time and they don’t know how to finish a competition,” Schuster said. “We are still in a good situation to stay inside all of the other problems and to wait until we get the feeling that the curve flattened.

“We should do what we have to do to take our faces and our social responsibility to help the community, the country, the states, to address to people to do the right things. To flatten the curve. If we can manage that then we will find a solution to everyone else.”

Schuster highlighted the German Bundesliga as a particular league that was running out of time to get things concluded by the summer and questioned whether they would be able to play a full season and what that might mean for the financial futures of some clubs. 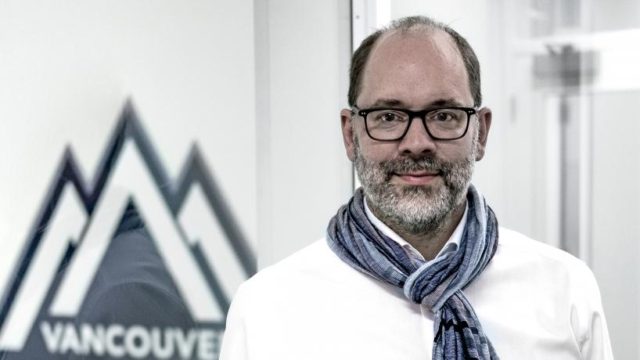 But while MLS doesn’t have those kind of time issues, it has a whole host of unique ones not faced by the European leagues.

MLS plays over two countries, three Canadian provinces, and 18 US states. The largest land border in the world between two countries is currently closed. No-one really knows when that might re-open.

In Canada, different provinces have different emergency protocols in place, while the US currently seems a mish mash in terms of the handling of the situation and the severity of it all on a state by state basis.

Both countries have adopted different approaches to the crisis so far, and you realistically could have a situation where the US returns to some kind of normality, for better or worse, while Canada decides that they still need precautions in place. Or vice versa.

“You have to keep in your mind that it is much more difficult for MLS to manage all of that,” Schuster noted. “If Germany finds a solution, that means more or less that if they know Bayern Munich can play against Borussia Dortmund, they also know that Werder Bremen can play against Düsseldorf, and Berlin against Leipzig.

The word coming out from sources today seems to indicate that restrictions in Canada will be in place until at least the end of June. It could go beyond that. The UK have talked about it being at least six months before things return to normal. The US is still an unknown, but the severity of the situation there has brought a new found urgency this week.

And on top of all of this, you have to remember that money talks. The NBA were reportedly considering closed door games with players put up in a central location in hotels. That feels far-fetched right now, but you just know that one sport out there is going to be thinking of the potential to be the first one back and have a, literal, potential captive audience.

It’s hard not to speculate about scenarios, and a realistic one could be that Canadian soccer and US soccer are ready to return at different times.

That could prevent Canada’s three MLS sides from being able to play matches across the border. Could they be frozen out of the season? Could the Canadian Premier League be up and running before MLS? What would that mean for the Whitecaps players, especially the Canadian ones?

Again, a lot of speculation and a lot of unknowns. But are these scenarios among the ones being discussed by the decision makers at MLS HQ?

“No, there have not been any [discussions] like that right now,” Schuster revealed. “In the league office they are discussing every scenario and working out every single scenario to have a plan for that.

“But right now it’s not a scenario that they’ve discussed or we’ve discussed. I think that’s too far away. Nobody knows what happens next week. Nobody knows how the situation will be in two weeks, in three weeks or four weeks.”