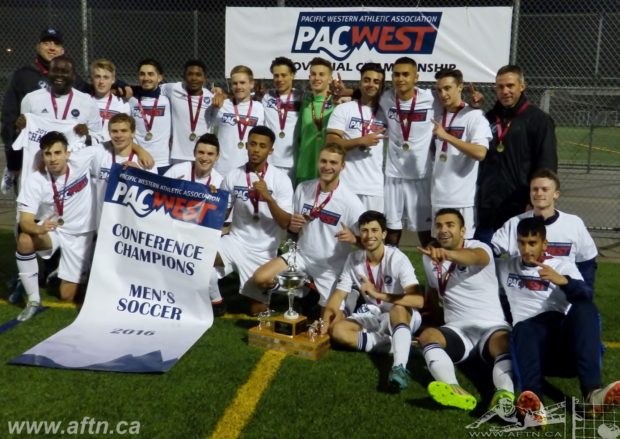 Capilano University Blues won their second straight PACWEST Championship, and their 14th overall, at a foggy Burnaby Lake on Saturday night after a 4-2 win over Douglas College Royals that became a much closer final than it perhaps should have in the closing stages.

Goals from Edris Najm, Keith Jackson, and Kristian Yli-Hietenan had Capilano three up and coasting by half time, but two goals in two minutes from a ten-man Douglas side made for an exciting final 15 minutes, before Jackson popped up with his second of the match to keep Capilano’s unbeaten record intact and the Blues will head into next month’s Canadian Collegiate Athletic Association (CCAA) nationals in Fort McMurray full of confidence.

Douglas will also be heading off to Alberta as a wildcard and can still take a lot of positives from their two playoff appearances this week, in particular the fighting spirit they showed in the second half of the final, which they eventually finished with nine men. 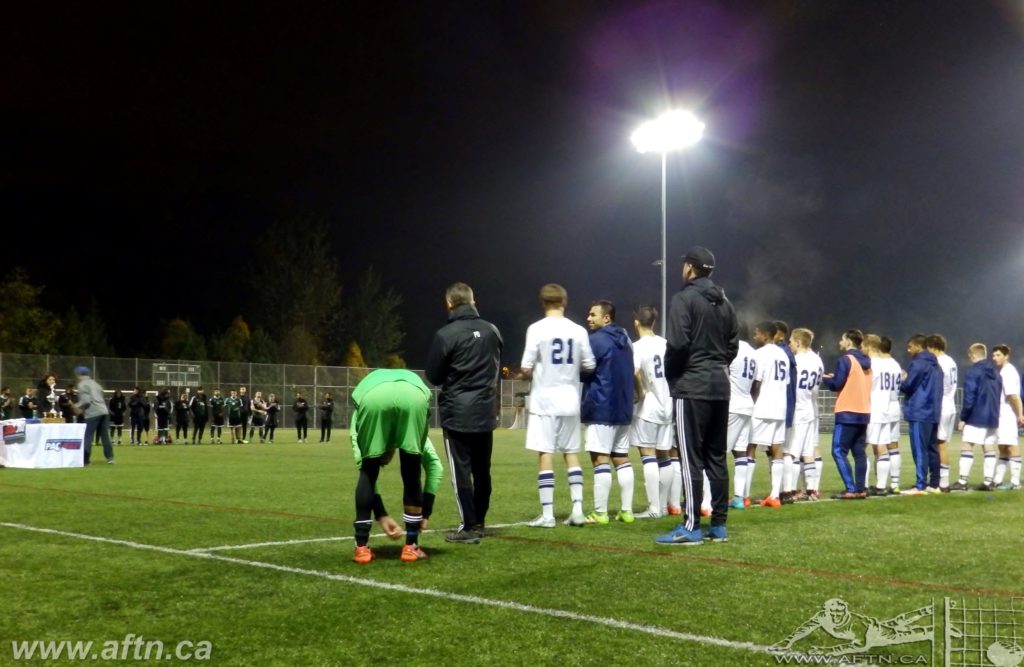 It only took Capilano two minutes to get their goal rush started when a long throw bounced to an open Najm at the back of the box and midfielder volleyed home, giving Douglas keeper Jared Horvath no chance.

The Blues, already smelling blood, kept the pressure on and leading scorer Jackson nearly made it two in the 13th minute but his header off a free kick was turned off the line by Horvath.

Jackson didn’t have to wait too long to get his goal, however, grabbing Capilano’s second in the 26th minute when he rose unchallenged to head home a corner.

Two minutes later and it was three, when the ball deflected to a wide open Yli-Hietenan in front of goal and he fired home.

Douglas started the second half strongly but were unable to find a way through a Capilano defence that had only let in six goals during the regular season.

Any faint lingering hopes the Royals had of staging a dramatic comeback looked to have ended ten minutes into the half when Whitecaps Residency alumni Mark Baldisimo was sent off for a second bookable offence after a heavy challenge on Kuroush Faritous.

But going a man down revitalised Douglas and they came storming back with two goals in two minutes to make a real game of it.

The Royals grabbed their first in the 73rd minute when Isaac Kyei squared the ball across the face of the goal and Devon Jones slotted home. Two minutes later and Rajan Purewal fired Douglas back to within one, and from nowhere, the unlikeliest of comebacks seemed on.

But with six minutes of the match remaining it was perhaps fitting that it was the PACWEST leading scorer Jackson who finally put the game to bed and gave Capilano the Championship, grabbing his second of the match and 15th goal of the season.

There was no way back for Douglas this time and as Capilano celebrated their repeat, both teams can now turn their attentions to the nationals and bringing another college trophy back to BC. 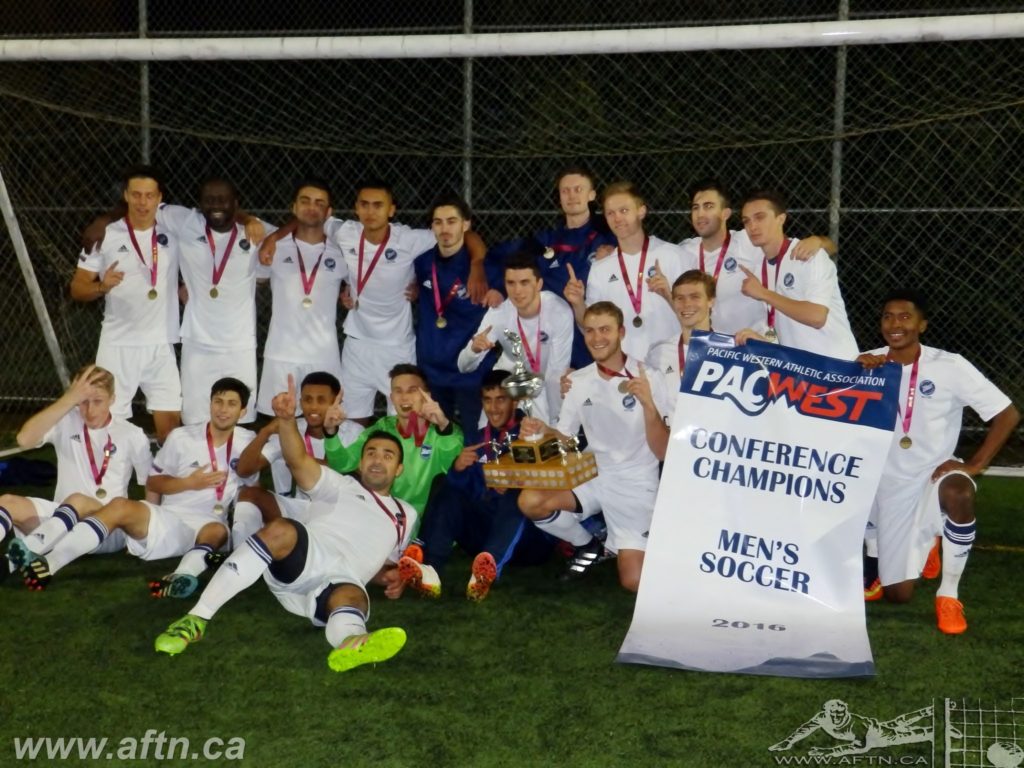 You can enjoy Capilano’s trophy presentation below.

Quest Kermodes won the bronze medal earlier in the afternoon after playing out a 0-0 draw with VIU Mariners, before triumphing 6-5 on penalties, the second such loss for the islanders in the space of 24 hours.