The playoffs may have been narrowly missed, but the guys certainly finished the season with a bang, beating Washington Crossfire 3-0 in Redmond this evening.

The scoreline flattered the home side, with Vancouver bossing the game from start to finish and it was three goals going on a lot more. 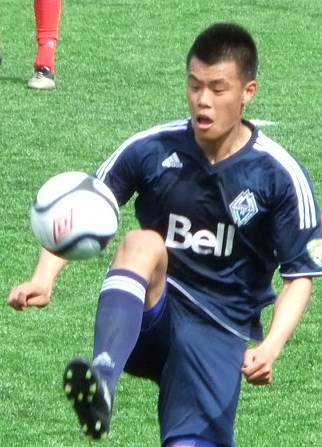 Philippe Davies opened the scoring in the 3rd minute, with a spectacular free kick, before Long Tan bagged a brace, in what was a rampant display.

As we feared yesterday, the Caps winning was not enough to secure a playoff berth.

They also needed Victoria Highlanders to lose their final match, but the islanders comfortably won their second game in less than 24 hours, beating Abbotsford Mariners 3-1 at Bateman Park.

The Mariners are probably the team that have stopped the Caps young guns from making the playoffs.

Not only could they not stop Victoria today, looking back at the Caps season, one of the vital “games that got away” was the Residency’s 1-0 defeat at Abbotsford on July 4th.

Vancouver pummelled the Mariners that night, conceding the only goal of the game after the home side had gone down to ten man. Those three points certainly stand out as the difference between making the playoffs and not.

That’s just one of the many things that makes football so great though. Everything can turn on just one vital game.

The whole squad have performed exceptionally this season and in may cases it has literally been men against boys on the pitch and the Caps have held their own. Every player should be very proud of the season they’ve had.

So what now for the promising Residency squad?

I find it so frustrating that there are not more developmental opportunities for the Residency guys and the younger fringe players on the MLS squad.

Looking at the first team, there are clearly some young guys in that squad that are just not ready for regular, full blooded MLS action yet.

They still need to work on their game and continue to develop as players, but how can they? The opportunities to do this are so few and far between.

We’ve been expecting the Caps to have a squad of depth, but when we also have such a young squad, it has perhaps been unrealistic of us to expect so many of the fringe players to come in and do a first class job.

The problem we’ve had though, is that with so many injuries, the Caps have been left with no choice but to throw these guys in at the deep end and see if they will sink or swim.

Being honest, too many have been sinking.

Even look at Omar Salgado. When we saw him pre-season at the Cascadia Summit, he looked the real deal. Strong beyond his years and an impact player that could make a difference in this League, despite being only 17. 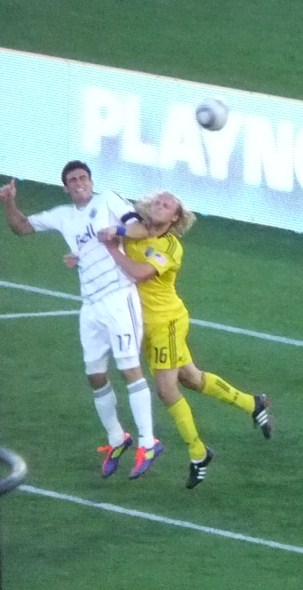 For whatever reasons, he seems to be going backwards at the Club and looks a shadow of the guy we saw in March.

Clearly part of this is that he is playing in competitive games and against top players, who are much more experienced. But what should we expect when he is either seeing minimal or no minutes in matches and then we stick in from the start and expect him to have the presence of an Eric Hassli.

It’s fine to talk about managing his minutes, but if he’s not seeing regular gametime action in some capacity, it’s more damaging to his growth.

The short 16 game PDL season is not enough for our guys. They need more games to continue to grow.

Looking at the Residency squad from this year, there’s been a marked difference in certain players from the first game of the season against Kitsap and the latter games. The growth in stature of some of these guys has been tremendous and a joy to behold.

Sure the Caps can arrange some friendlies for the Residency team, but nothing beats good competitive League games with meaning.

This week sees the 2011 Generation Adidas Cup take place in Frisco, Texas. The U17 tournament includes teams from 16 MLS clubs, with only Vancouver and Portland not being represented. I’m not sure if this is due to playoff implications in the PDL or not, but it’s a shame that the Caps will not have representation there.

It was great to see the MLS reintroduce the Reserve League this season, but frankly that’s just been a complete farce from the Whitecaps point of view. Games are spread out far too sparsely over the season, with some crazy travelling implications and kick off times thrown in to the mix.

How are Clubs meant to see what their fringe players can offer in meaningful action, when games take place weeks apart?

Going forward, the Caps will be joining the United States Soccer Development Academy for the 2011/12 season. This will see the Residency program grow from 25 players in the U17 to U19 age range, to around 80 players from age 12 upwards and competing at U14, U16 and U18 levels.

A lot of the Residency guys will be competing in the U18 League from September. Here’s the schedule for the forthcoming season.

Will be great to get along to as many of these games as possible, especially as they seem to have a lot of double headers with the U16 team.

This will certainly help the guys in the 17 and 18 year old age group, but we still have a massive gap between them and ones on the cusp of the MLS team.

It will be interesting to see what this means for the PDL Whitecaps.

It would seem unlikely that the Residency team (as it is now) will still take part in the League, so will the Caps go the way of Portland Timbers and have an under 23 side competing?

The latter would certainly make more sense and allow more players in the MLS set up to get a look in and the chance to show what they can offer, along with gametime minutes and development of their game.

With some laying criticism at the lack of Canadian talent in the current Whitecaps first team, it is at least reassuring to see how much talent is waiting to burst out of the Residency team and into that MLS squad.

For that to happen, they need to see as much action as possible. Unfortunately for the players, the Whitecaps and the fans, the current set ups are not conducive to that.

Let’s hope the new initiatives coming up will see a change with this for the better. The Whitecaps future very much depends on it.