If Vancouver Whitecaps’ Residency team are going to make the PDL playoffs, then they’re going to have to do it with a little help. 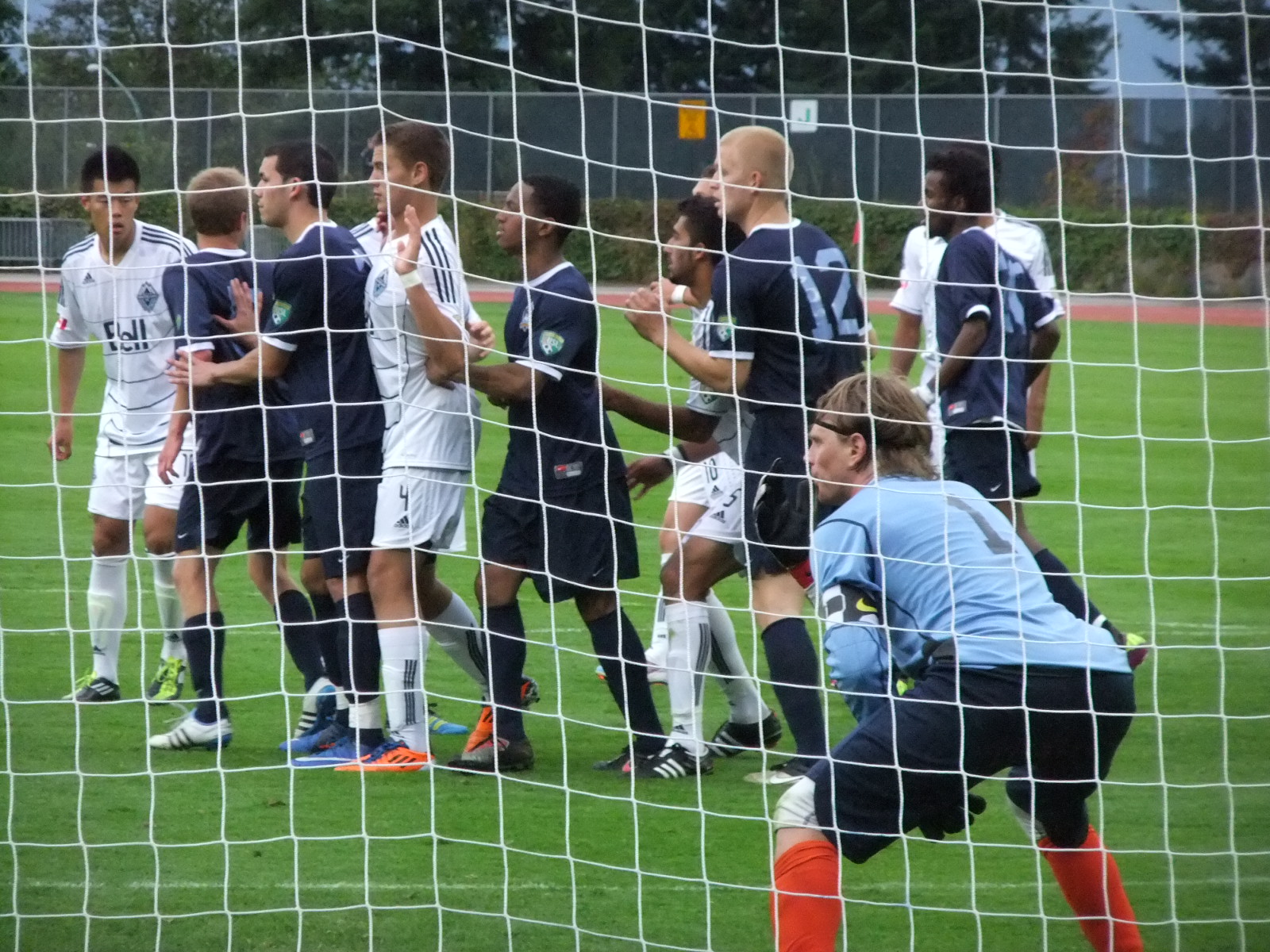 A penalty from Alex Morfaw and a well taken goal from Philippe Davies gave the Caps a 2-0 win over North Sound SeaWolves at Swangard Stadium on Wednesday evening.

This had moved them into the second playoff spot, with just one game remaining.

Unfortunately for them, third place Victoria Highlanders were level on points but had two games left to play.

The first of those games for the islanders came this evening at Royal Athletic Park in Victoria.

With the Highlanders having three games in four days, including Thursday’s 5-0 drubbing by Port Vale, hopes were high that the Caps could secure the second spot, especially since tonight’s game saw the unbeaten Northwest Division champions, Kitsap Pumas, come a calling.

Disasterously for the Caps, Victoria snatched a 1-0 victory thanks to a 63rd minute goal from Ash Burbeary, in front of a crowd of 1530.

The win takes the Highlanders back into second spot with a three points cushion, with both them and the Whitecaps having one regular season game left Sunday afternoon.

It’s not all over for the Residency, but the path to progression is a tough one.

The Caps travel down to Redmond on Sunday to take on Washington Crossfire in a must win game. Victoria meanwhile need to do a bit of travelling themselves, as they take on fifth placed Abbotsford Mariners at Bateman Park.

I’m pretty confident that Vancouver will get the three points down in the States, but this may not be good enough. A win would take the Residency to a final season total of 27 points, meaning Victoria would clinch second place, and a Western Conference playoff spot, with a win or a draw.

Caps fans can still cling on to the hope that the pressure and the number of games in a short period of time might start to catch up with Victoria.

If the Highlanders fail to come away with a point on Sunday, they will finish the season tied with Vancouver on 27 points. That would see the Residency guys advance to the playoffs on the head to head tiebreaker, having recorded two wins and a draw against Victoria this season.

So still all to play for and a number of Southsiders are heading down to Redmond to hopefully cheer the young guns on to glory.

The playoffs will be a tough affair for whoever gets into them.

Whoever progresses between Vancouver and Victoria, the reward is a tough game next Saturday against Fresno, who have the best record from all the teams in the USD PDL this season.

The playoffs are one game affairs and Kitsap have put in a bid to host the Western Final weekend at their Memorial Stadium in Bremerton.

Whatever happens with the Residency in their final game, this has been a season to be proud off for all the guys. If we hadn’t lost so many guys to international duty during the U17 World Cup in Mexico, I’m pretty certain this talented squad would already have secured a playoff spot.

Losing these players though allowed several of the fringe guys to come in and develop their own games further and this can only bode well for the future of the team and the Caps. 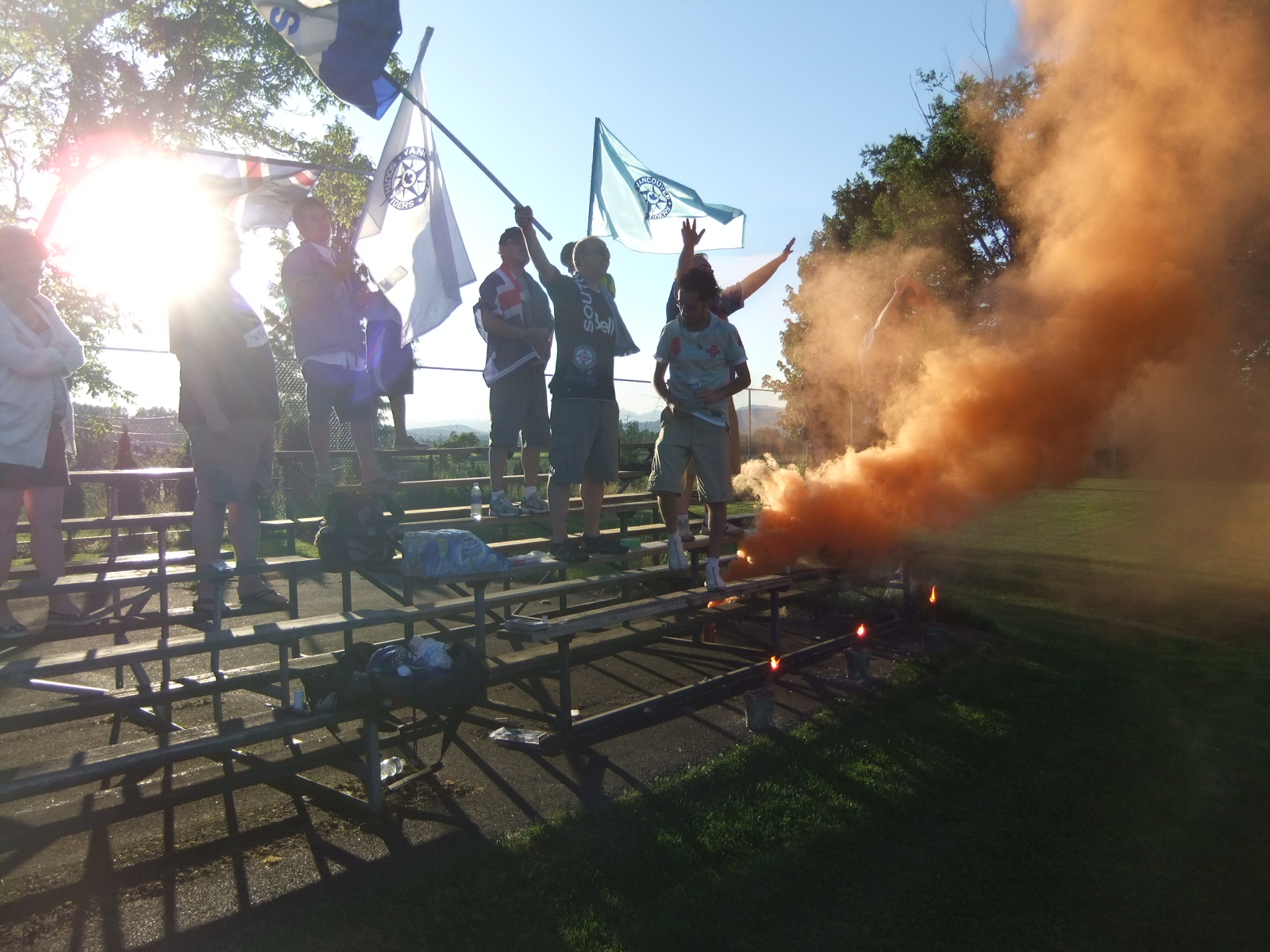 They’ve really captured the imagination of AFTN and the Southsiders this year and we just wish the season was that little bit longer, as we’ve had a real blast following them at home and on the road (see our Flickr pics).

It’s been great seeing some of the guys develop as the season has gone on. I don’t want to single any particular guys out but there are a number that we hope to see continue to develop and hopefully break into the Caps MLS team.

We can’t wait for next season already and a number of us are talking about trying to get to as many away games as we can next term too.

The attendance at Swangard on Wednesday was officially 81. Hopefully we can get this number regularly into three figures next season.