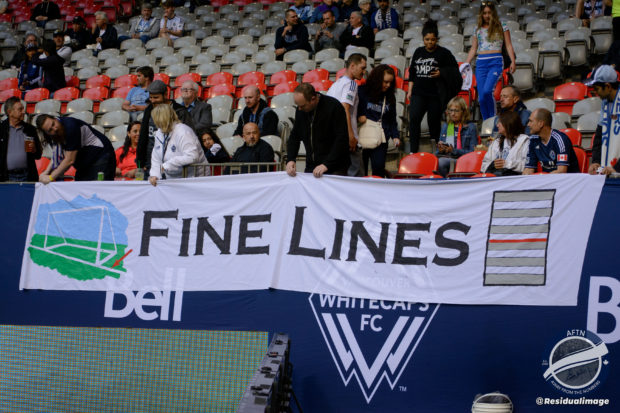 It was about two months apart that Vancouver Whitecaps laid horribly rotten eggs on two different pitches, and put in two of their worst performances of the 2018 season to date.

Those results were a 6-0 drubbing at Sporting Kansas City on April 20 and a rather depressing 4-0 loss to Philadelphia Union on June 23, bookending a mostly uninspiring set of results inbetween. The ‘Caps bounced backed from that defeat in KC with 2-0 home win against Real Salt Lake, but this past weekend the response was a moan worthy 1-0 loss at home to Colorado.

Granted, every team is invariably going to have a bad game or just get beaten by the opposing keeper having the game of their life (see Minnesota away). But to essentially no-show three times in half a season is pretty alarming. On this current trend, they will have six of these types of defeats and one more instance where the keeper will just flat out beat them. Doesn’t exactly scream Cup contender. More like pretender.

After the annihilation by Sporting KC, the Southsiders Board decided to take action, and rather late action too (the announcement came around 8pm, roughly 24 hours before the RSL match). They moved their March to the Match to 30 minutes before kickoff, allowing just enough time to get to their seats, pulled the drums and capos from the field, and modified their songsheet. The aim was to send a message to the Whitecaps management – “We demand better”.

However, this isn’t the first time that the Southsiders have taken matters into their own hands. Three years ago, the ‘Caps announced they had created, and would be releasing a Kings of Cascadia scarf. After a tweetstorm in which fans and supporters were up in arms and pressure was mounting on the Front Office to act, they announced that all proceeds from the scarf would be donated to charity. The Southsiders Board had decided that it was an acceptable course of action by the club and it would be a matchday as normal.

Back to the current day and on field results have been mixed, with a string of 2-2 draws dominating that. Other than the lack of on-field presence, I haven’t noticed much difference from early in the season (pre-KC smashing) and now. I was presented an opportunity to take in a match from the MacMillan Club seats last weekend, where I saw a high level view of the game and instead of being to the left (facing the field) of the Southsiders, I was to the right, and higher up.

There were a few periods during the first half when I felt that they could return to their glory years which made me want to join. As the game progressed, the same tendencies reared their head and it made me remember why I left. I do hope that the Southsiders can re-discover the mojo that made them what they were.

I understand that my position as the Curva Collective photographer gives the impression that I am anti-Southside. I assure you, I am not. Am I overly critical? I think I am tough, but fair, given that I understand the effort required to actively support your team through thick and think. I have many friends, especially the Swanguardians in the group, over there and we have a good time together. I did not like the direction the group was headed while I was still a member. I missed a few games because I was not in good health and it was then that I realized that being a Southsider was not the be-all and end-all of my supporting.

I don’t think the energy from any of the groups has been what it was last year.

When people think of Vancouver supporters, it’s always the Southsiders. No disrespect to Curva or Rain City Brigade, but it is what it is. Having that mantle, attention is often magnified, and therefore subject to more criticism, warranted or not. It’s just the price you have to pay when you’re the one they look to.

Granted, I understand personal situations affect someone’s ability to attend games and support to the fullest of their abilities, but how much of that is driven by the on-field product?

How do you honestly give your all when the club doesn’t seem like it is?

I’m not fully on the Robbo Out bandwagon, but it’s starting to become obvious that his time here may have run its course. The next step is the people above him, Bobby Lenarduzzi and the likes. Is he the real problem? I’m not totally oblivious to what he was as a player, but, just because you’re a terrific player, doesn’t make you a good executive.

It should also be noted that the club agreed to have a Supporters Town Hall, hosted by the Southsiders, where there was a Q&A session, with Jeff Mallett (co-owner), Bobby Lenarduzzi (President), Rachel Lewis (Chief Operating Officer), Greg Anderson (VP – Soccer Operations) and Carl Robinson (Head Coach) at the home pub of the Southsiders, the Blarney Stone. It was clear then that the club wanted to try and build (re-build?) bridges with supporters.

Is it time for new ownership and a subsequent cleaning of house? This would appease many out there who think that ownership is the problem. To me, this would not be the worst scenario as they can remove the people that are occupying the positions below them in the organizational chain of command.

In all seriousness, if there is the smallest saving grace in this mess of season, it is that Vancouver haven’t lost to Seattle or Portland. Trust me when I say this, it’s a lot easier to brush off bad results when they don’t help determine where the Cascadia Cup ends up.