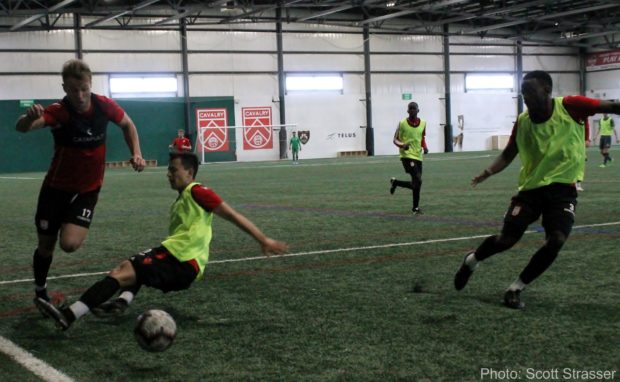 It’s well-established in professional soccer that too much stock should not be put into preseason results. Players are subbed in and out, formations are tinkered with, and experimentation is the name of the game, as teams prepare themselves for the grind of the regular season.

That being said, Cavalry FC’s inaugural preseason results are showing the team’s competitiveness – and perhaps raising some eyebrows.

Cavalry have won all five of their preseason fixtures, and have yet to concede even a single goal, with a combined score of 10-0 across five matches.

“I have to credit the lads because they’re really buying into the concept,” said head coach and general manager Tommy Wheeldon Jr. “We allow them to be a part of the process with us. They give us a lot of good answers. We want to be very good on both sides of the ball.”

The wins kept coming when the club travelled to the Dominican Republic for 10 days, with 1-0 wins over York9 FC and Valour FC and a 4-0 win over Inter R.D. – a professional team from the Dominican.

“We’re definitely gelling together as a team,” said Wheeldon Jr. “We talk about the collective good – what we do when we have the ball and what we do when the other team has the ball – and the boys are buying into it.

“We always wanted to build the team back to front, and that’s in possession also, so the final three weeks of preseason are all about sharpening the axe around zone 4, what we call the final piece of the puzzle.” 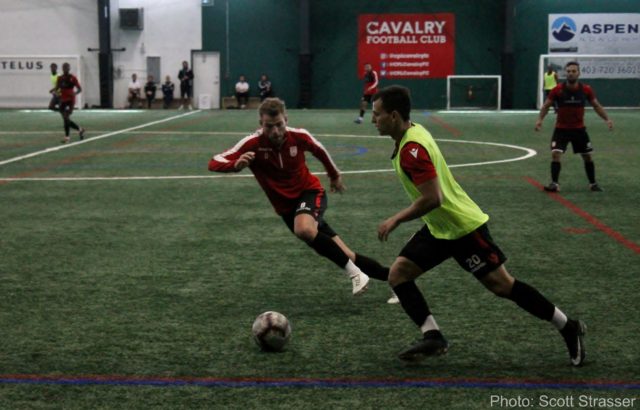 Next on the schedule for Cavalry FC will be the official 2019 roster reveal on April 24 at 5 p.m. at the Barcelona Tavern in downtown Calgary.

The most interesting thing about that event will be seeing who snaps up the third and final U21 spot on the team. Wheeldon Jr. has said it will go to one of the club’s 2019 USPORTS draft picks, meaning either Easton Ongaro or Gabriel Bitar. The other two U21 spots belong to Calgarians Malyk Hamilton (19) and
Victor Loturi (17), whose signing was revealed April 17.

Following the roster reveal, the club’s final preseason fixture will be held April 27 at Spruce Meadows. The game, which will be against defending PDL champions Foothills FC U23, will be the first test of the season for the new pitch at Meadows on the Green.

“It’s great because even in the 10 days we were gone, when I came back, all the infrastructure was ready,” Wheeldon Jr. said. “It’s now a case of building the seats, which takes less than a week. Come April 27, we’re literally opening the red curtain to say, ‘Here’s the new stadium.’” 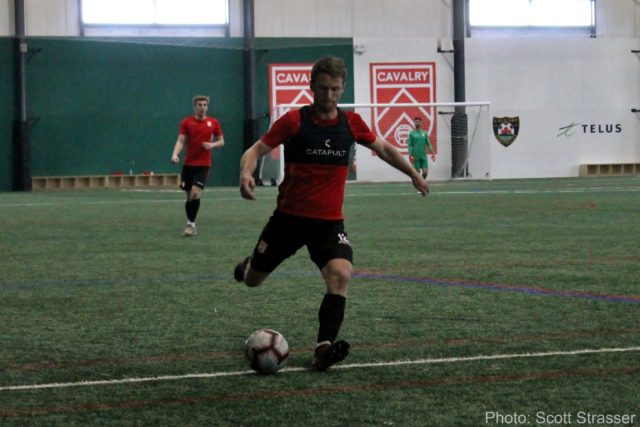 Dean Northover looks to send a long ball over the top