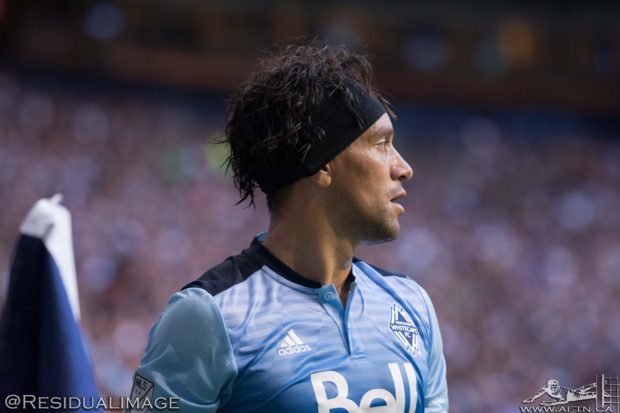 Three away games, three unchanged starting line-ups, two victories. What was looking like a gruelling four game road stretch that would perhaps reap few rewards for Vancouver Whitecaps, has turned into a run that could shape how the team looks for the rest of the season.

Carl Robinson’s 4-1-4-1 set-up has been a success. It may not be the prettiest football to watch at times, but when it’s effective and getting you points, we don’t really care about that. The end justifies the means and all that.

Will we see a fourth straight unchanged starting line-up for Friday’s night’s game in Houston? We’ll soon find out. But the stability the last few weeks have brought have been pleasing and a real key to the success the ‘Caps have been getting on this road run. Not just in terms of personnel on the pitch but the way they’ve been playing their football, and that’s a view echoed by Vancouver’s veteran midfielder Christian Bolaños.

“As I said some weeks before, we have to try to be the same, the way we’re playing,” Bolaños told AFTN. “We’re close to getting the right results. That’s the key for us. That’s the right mentality to play away and to play at home. We have to play [like that] all the time with the ball.”

It’s been a strange season for Vancouver. They’re sitting in the playoff spots without really finding their groove. You know there’s a lot more to come when the group gets healthy, which hopefully does happen at some point!

They’ve played well and lost, and they’ve played far from their best football and won. They’ve dropped points to the likes of strugglers Philadelphia and Real Salt Lake, albeit in trying circumstances, but taken all three points against Seattle and LA, and should have got something down in Portland.

Those latter performances have pleased Bolaños, showing the team can compete with the best in MLS. What’s needed is consistency to do that against all opponents, and he’s hopeful a stable line-up and the current formation will allow the ‘Caps to do that for the next spell.

“We have really good games against the big teams,” Bolaños told us. “We’ve proved that we can play against them. It’s a great challenge this year for us. To just improve every game. We’ve shown that we can win against them and play well.” 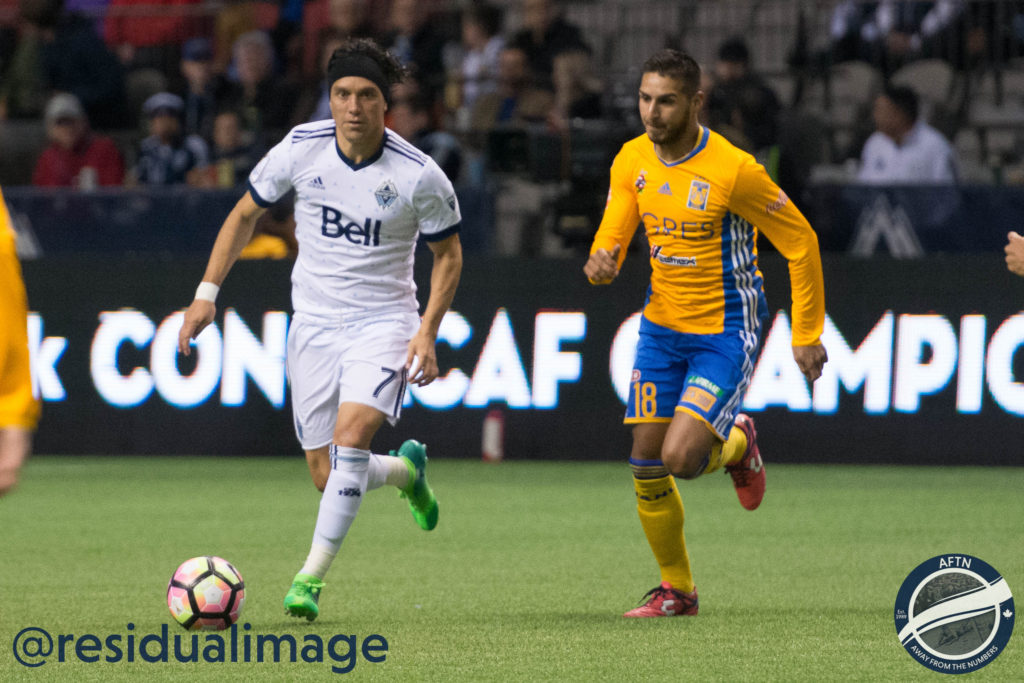 Bolaños led the team last year with eight assists, adding five goals in the process. But it’s been a slower start to his second MLS season, after taking longer than hoped to get fully match fit following an offseason knee injury and arriving to camp not in the best shape.

He’s only contributed one assist so far this season, which will no doubt be disappointing to both him and the coaching staff. But he’s been playing well and you feel the form he’s shown while away with Costa Rica, and with the ‘Caps last season, isn’t too far away.

And the ‘Caps need it to be. With Yordy Reyna still out for several more weeks, the ‘Caps creative options have been limited. They need Bolaños to be at his best. He’s easily the creative player that can make this team tick, but far from putting pressure on him to be that guy, he’s more than happy to take that role.

“For me it’s just really easy to create situations for the strikers,” Bolaños feels. “I feel very comfortable in that part. I have to fight when I try to defend and to be in a good position when we play tactical.

“Especially when you play away games. You have to be very smart, so I just try to be in a good position all the time, with the ball and without the ball, to create space and to create chances for the striker. That’s part of my job, so I feel comfortable there.”

Bolaños seems to shine best on the wing in a Whitecaps shirt. The preseason talk of him being the number 10 is a position he can play, but doesn’t particularly prefer.

“I have many years where I don’t play as a number 10, but I feel comfortable there too,” Bolaños told us. “If the team need me there or Robbo wants to put me there, of course I maybe need two, three, or four games to feel better because it’s different movements when you play the right side, the left side. It’s different position. You play behind the ball sometimes, so you have to adapt to that position, but I can play there too.”

After chopping and changing his position for the early part of the season, the current line-up has given Bolaños the stability in his own position that he seeks, playing on the right side of the 4-1-4-1, and coming in to the middle when needed. And he’s hoping that will start to see him produce what he feels he needs to, to help the team and see the best out of him.

“It’s not easy when you have to change every game, and play different positions,” Bolaños admits. “I just try to be positive in my mind. To be ready for the games, for the team. I never think about myself. It’s difficult when you change two games, one game in different positions because it’s about confidence. The movement is different on the pitch. When you play as a number 10, everything’s different from when you play on the wing. 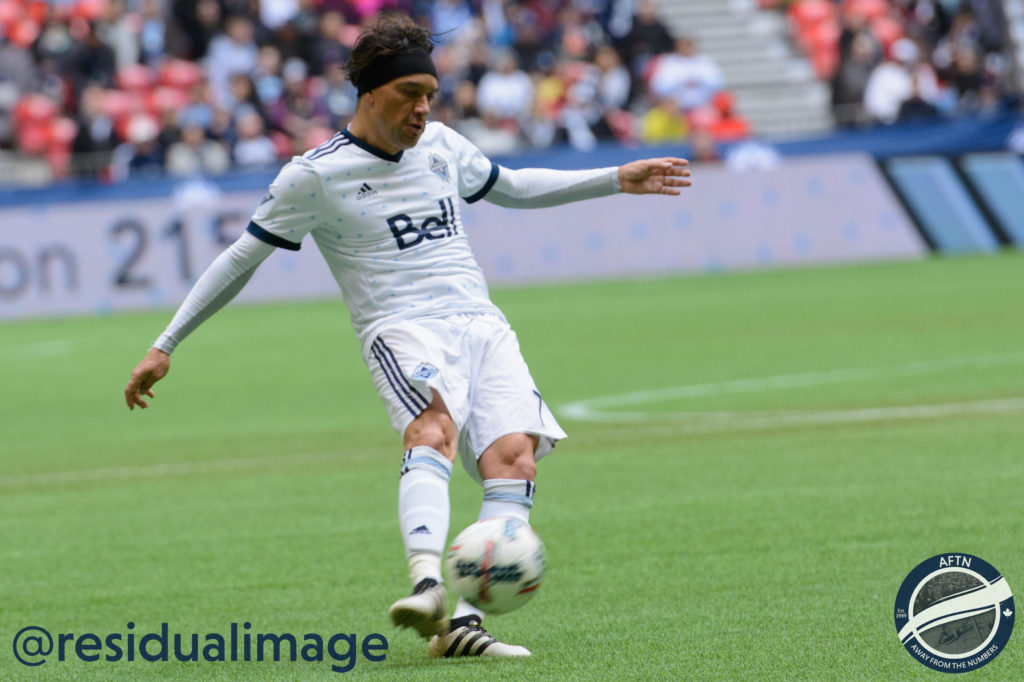 But for all this talk of stability, ‘Caps fans perhaps should make the most of it while they can. The summer is notoriously a time when Carl Robinson likes to use his squad depth, and with players coming back from injuries, and you have to expect a few new ones cropping up, line-up changes are going to become more frequent once again.

And you also have to factor in players being away on international duty for the World Cup qualifiers in June and the Gold Cup in July.

Costa Rica are sitting second in the Hex, three points behind Mexico, but only three points out of not advancing to the finals in Russia next year at the same time. It’s that tight with six games remaining. The Ticos face two massive games next month, hosting third placed Panama on June 8th and last place Trinidad and Tobago five days later. Two Costa Rican wins will go a long way on securing their place in Russia.

Bolaños, and ‘Caps teammate Kendall Waston, will certainly be involved for both of those matches, and Vancouver thankfully have no games of their own scheduled for during that time. But then comes the Gold Cup, which kicks off in the US a month later and runs till July 26th.

Costa Rica will have hopes of a deep run in that tournament and Ticos head coach Oscar Ramirez has already indicated to Bolaños that he would like him to be part of his Gold Cup squad. That could see the 32-year-old miss at least three ‘Caps matches in July, depending on how healthy Bolaños feels heading in to it. For now, he’s leaving his options open on that.

“Soon we have two games that are very important in Costa Rica for qualification to the World Cup,” Bolaños told us. “Then comes the Gold Cup. I just heard the coach wants to bring me there too, but I don’t know, it’s too soon to see what’s going on. I just try all the time here to be in a good shape, to be ready for the games. We’ll see what’s going on.

“I have a good relationship with my coach in Costa Rica. If we need some time to just stay here and take some easy days and just being in a good shape for what is coming in the next games. See what’s important for me, what’s important for both parties. But I’m very happy right now.”