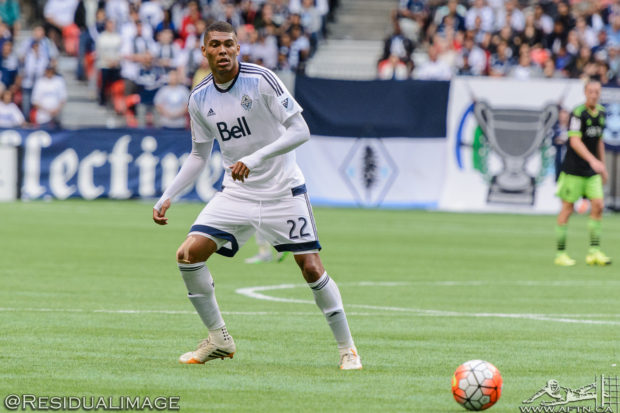 It’s been a tough year for Vancouver Whitecaps centre back Christian Dean. The kind you just want to put behind you and move quickly on from, and that’s just what the centre back is in the middle of doing as he continues to rehab his latest injury.

The year started so well for Dean. He came into Whitecaps preseason training flying, fitter than ever and fired up to make an impression. He did just that, impressing in the preseason matches playing alongside Kendall Waston in the centre of the ‘Caps defence.

They seemed to make a great pairing. Solid, comfortable together, and a defensive force to be reckoned with. It was looking promising for Dean as he approached his third MLS season, but out of nowhere injury struck the 23-year-old at training at the start of March and he was ruled out of action for three to four months after undergoing surgery to repair a fifth metatarsal fracture.

A huge blow, but he worked hard and got himself healthy quicker than expected, only for disaster to strike again in his second training session back towards the end of May. This time he tore his lateral meniscus on his right knee, and he required further surgery.

Heartbreaking for the likeable defender, but it’s the old adage of whatever doesn’t kill you makes you stronger. Dean is now close to returning and he’s hungry to prove his worth to the Whitecaps after being forced to sit out the whole season.

So how’s the rehabbing going?

“Pretty well,” Dean told AFTN at Whitecaps training this week. “I’m right there. I feel pretty good. Probably the best I’ve felt since preseason. Just one more week of kind of getting through it and then I should be back practicing again hopefully.”

Dean has been working tirelessly to get back to full strength after his injury-plagued season. Prehabbing, rehabbing, and running drills on the training pitch to get himself back ready for action.

He’s close, but the timing couldn’t be worse with the season winding down and just three matches remaining. There’s a chance he could be ready for one of the final games next month, but at this stage, with everything that’s happened, that might not be a risk worth taking.

“I’d love to play, but I’m not going to push it after these three injuries,” Dean told us. “I’m just kind of holding off. Waiting. If my time comes, it comes.”

It’s been a tough year, with many mixed emotions for Dean, both on and off the pitch. The defender penned a must read piece on the ‘Caps website about his injuries. It was raw and heartfelt stuff.

In that article, Dean talked about the anger that enveloped him when the reality of what had happened with that second injury instantly hit home. To work so hard, and to have that opportunity taken away from you, not once, but twice, would be anger-inducing for anyone.

It’s just a normal part of the process for many setbacks in life, but Dean has fought through it now and come out the other end. Does any anger still remain?

“I think with a lot of stuff, yeah, I’m, still angry,” Dean honestly admitted. “But it’s not really frustration towards anybody. It’s more just frustration that I’m not able to do what I want to do and not able to play with my team.

Dean’s had a lot of help to get back to where he’s now at and he’s truly grateful for the support the Whitecaps have shown him these past few months. He’s also been helped by having to go through a similar injury during his college days.

“Funny thing is that I’ve actually had my knee injury before,” revealed Dean. “I had it in college in UC Berkeley, so I’ve kind of dealt with that one before. The thing that kind of helped me out more, was during the knee injury, at the same time I got a high ligament thing in my ankle, so that was the thing that helped me out there.” 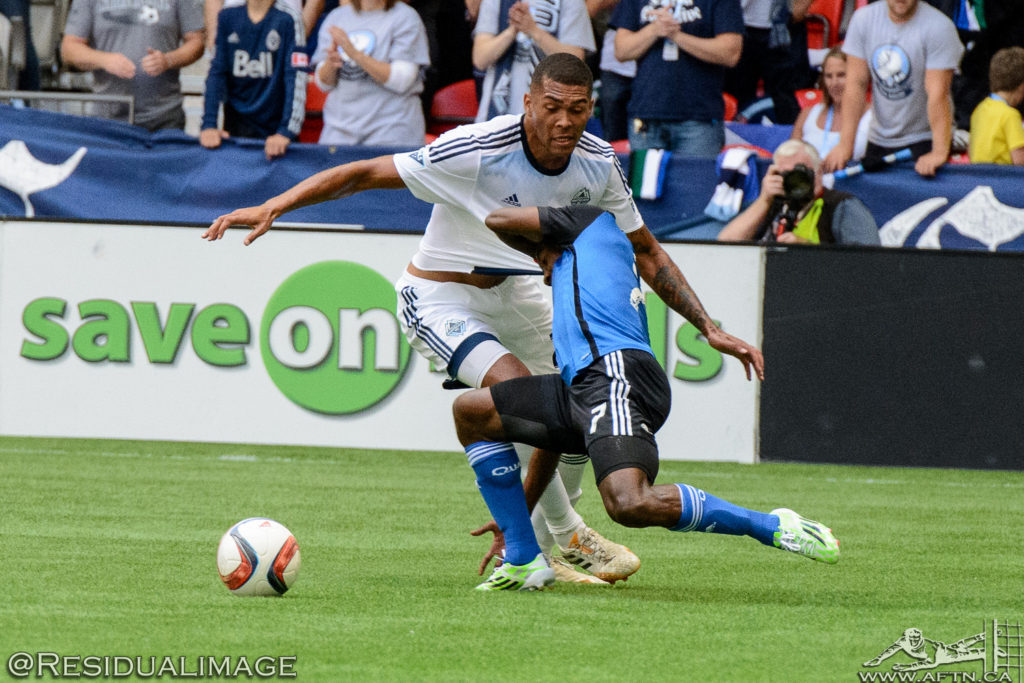 Another big help and strong support for Dean has been his roommate Ben McKendry.

McKendry knows exactly what Dean has been going through after a season ending injury last year saw the young midfielder require surgery to repair a meniscal tear of his left knee in August, and Ben’s been a great guy for Dean to have around.

“Having a room-mate’s been nice,” said Dean. “I haven’t had one since university. It’s been nice having Ben there. He’s a great room-mate. We’re both very similar, a bit quieter, so it’s worked out really well. And we do share similar things, like the injuries and all that stuff.”

Agonisingly, as Dean now gets close to full health and a return, he’ll now need to provide some support back to McKendry who went off injured during last night’s CCL win over Central FC with another knee injury. The good news is that is not as bad as first feared and hopefully won’t require surgery. It’s also on his other knee, but it looks like Ben’s season will now also be over just as Christian is set to return.

For Dean, the Whitecaps season is going to be wrapping up all too soon. The worst possible thing for him is to come back with no action to return to. No games to actually test his body and check his recovery. That’s not ideal by any stretch.

Dean has previously headed over the UK for some offseason training stints at Rangers and Liverpool towards the tail end of 2014. Could something similar be on the cards again to get his body the workout it’s going to need?

“Yeah, I’d love to go and train in Europe,” admits Dean. “There’s been some discussion, not too much. I’d honestly just love to go play somewhere. I was counting the other day, I think I’ve had maybe actually three or four full trainings this regular season.

“It’s just been the longest I’ve gone without playing a game my entire life. It’s just one of those things I really want to do. It would be nice to go over there and do something.”

Wherever the offseason takes Dean, one thing is for certain – forget any talk of a fresh start, there’s only one place the centre back wants to play his football and that’s Vancouver. The only thing on his mind now is getting back healthy, returning for next season, and proving his worth to Carl Robinson and the Whitecaps.

“I love it here,” Dean told us. “Honestly, I think after this year I owe the club so much. They’ve been behind me 100%, that I wouldn’t actually think about going anywhere in MLS right now. This is a place I really enjoy being. All my friends are here.

“I’d love to play. I’d love to play in front of the fans. Next season, or this season if it comes to it. This is where I want to play right now, for sure.”

The MLS opportunities have been few and far between for Dean so far in Vancouver. He made four appearances in his rookie 2014 season, and five last year. Only four of those appearances have been starts, but he’s done well in the time he has been afforded and in the USL games he played last season.

But he came in and impressed in this year’s preseason camp. He was fitter than ever before and it showed in his play. With Tim Parker being away with the U23 US national team for part of it, Dean seized his opportunity and, as mentioned, struck up what looked to be a formidable partnership with Waston. For us, he’d put himself ahead of Parker as the starting centre back for the first games of the upcoming season.

Dean is on a Generation Adidas contract, making a guaranteed salary of $191,000. His injuries should see him keep that status next season, meaning his salary won’t count towards the cap. But that’s a lot for a player that isn’t playing regular minutes. It’s something Dean is very aware of, and after being so close to making that first team breakthrough this past preseason, Dean is hungry and motivated to come back in January to make a point and show his future lies in Vancouver.

“Coming back next season, [my plan is] to come back even fitter,” admits Dean. “Especially if I go on a training stint or go on loan, or whatever. To come back at an even higher level than I did this past preseason. I want to play.

“Tim’s one of my best friends. I love him to bits. I love Kendall to bits too, and if I get the opportunity to play over one of those guys, I’m going to take it. It’s one of those things. I have to be prepared for them to come and just to sit. It’s going to be a fight, that’s for sure.” 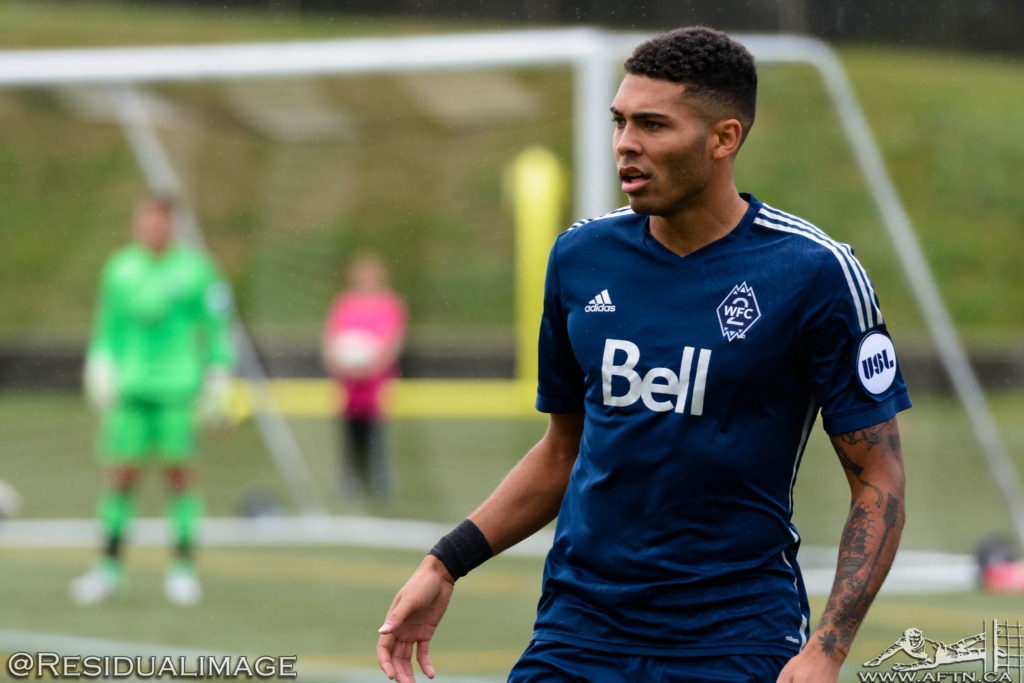