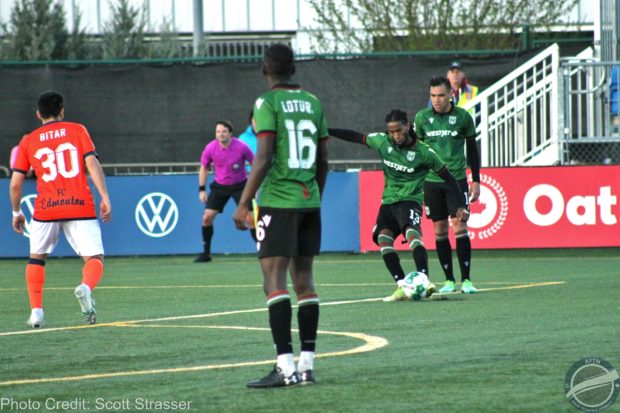 Cavalry FC claimed the first Al Classico victory of the CPL season over FC Edmonton on May 6, shutting out their Alberta rivals 3-0 with an assured performance at Clarke Field.

Joe Mason and Ali Musse continued their fine attacking form in 2022, each scoring in the first half to put Cavalry up 2-0.

While the hosts played with renewed vigour in the second 45 minutes, the win for Cavalry was all but sealed with an Eddies’ own goal in the final 15 minutes, following a lay-off from winger José Escalante that trickled over the goal line off the legs of Cale Loughrey.

It was Cavalry’s most convincing performance yet of the 2022 season, and the win moves the Calgarians from seventh up to third place in the CPL table. After five matches, Cavalry is sporting a 2-2-1 record.

Head coach/general manager Tommy Wheeldon Jr. said the Al Classico victory shows Cavalry is starting to click after a mediocre start to the season, which saw them claim just a single point from their opening three fixtures. Cavalry is now on a two-match win streak, having beaten defending CPL champs Pacific FC 2-0 in their home-opener on May 1.

“Being up here to watch [Edmonton play] against Pacific, we knew they were going to be tough to break down and we’d have to be patient and find pockets,” he said in the post-game press conference. “We knew after we had the second goal that they were going to throw something at us because they had to throw caution to the wind.

“It was a case of just being able to suffer when we had to, and then punish them, which we did. I would have liked to have had [the third goal] a bit earlier in the second half, but I’m delighted.” 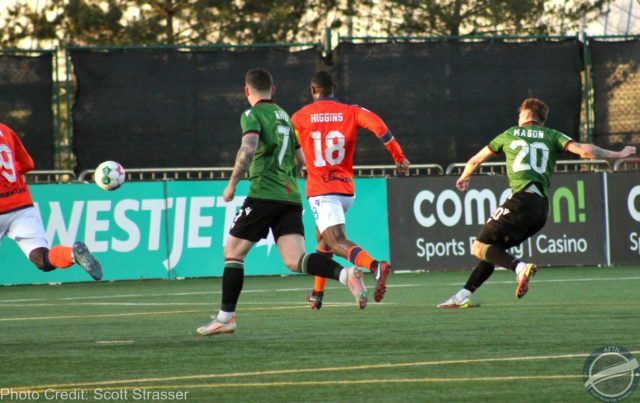 Cavalry took control of the match from the outset, dominating possession and switching the focus of attack from left to right. Seventeen-year-old Jean-Aniel Assi looked to make something happen with frequent dribbles down the right wing, while new Dutch signing Bradley Vliet made his debut for Cavalry at left-back and looked to find forwards in the box with a series of crosses.

Mason opened the scoring with a bar-down strike shortly before the half-hour mark. He took a pass from former FC Edmonton player Fraser Aird before rifling his shot in off the crossbar to mark his third goal of the CPL season.

Just a few minutes later, Musse added another to Cavalry’s tally with a bullet of a direct free kick from the corner of the 18-yard box. Despite the fairly narrow angle, Musse’s shot sailed into FC Edmonton goalkeeper Andreas Vaikla’s top-left corner. 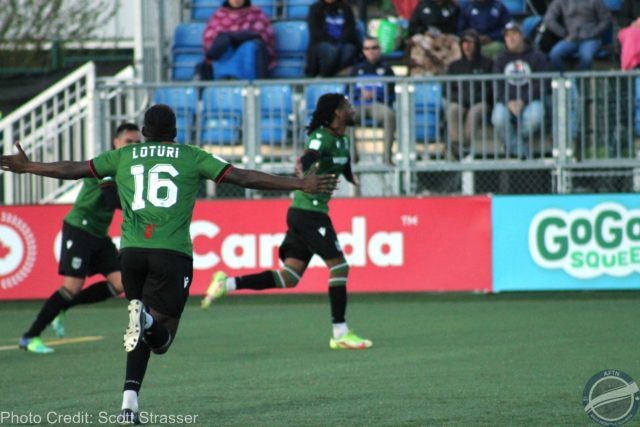 While Cavalry initially hoped to win a penalty from the situation, the referee opted to award the free kick instead. Even though he would have probably preferred a penalty opportunity, Musse said he was more than ready to take a direct free kick.

“Me and José were taking a look at the wall, the way they set it up,” he said. “I’ve been practicing free kicks all week, so I felt I was ready for it and confident in taking it. José asked me if I wanted to take it and I said yeah. So, I took it and couldn’t have hit it any better.”

Like Mason, the free kick strike marked the third goal of the CPL season for Musse, who has been enjoying a reinvigorated 2022 campaign after missing much of last year due to injury.

“Ali Musse is having a terrific time right now,” Wheeldon Jr. said. “His first comment after the game was that he was disappointed he didn’t have a hat trick.

“If you look at the way our attack is now, we have players like Ali Musse, José Escalante, Joe Mason, Jean-Aniel Assi. They’re exciting going forward and as exciting a front line as we’ve ever had. But I still think they can be better.” 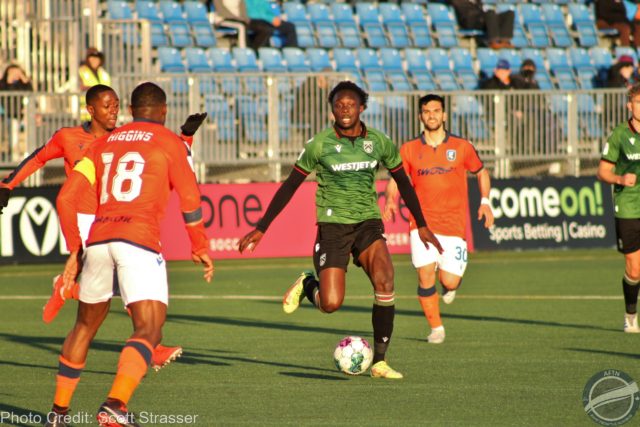 During his post-game remarks, FC Edmonton coach Alan Koch said Cavalry were deserved winners and came into the provincial derby with more intensity than the Eddies.

“In a derby, as young as we are, you have to come out with that intensity and ready to play from the first minute to the last minute,” he said.

“I was pleased with our response in the second half. We challenged the guys at half time and got a positive response, but that obviously doesn’t impact the result tonight.”

Despite the improved second-half showing, FC Edmonton failed to record a shot on net against Cavalry, and ended the night with 308 passes, compared to Cavalry’s 432.

With the loss, FC Edmonton remains rooted to the bottom of the CPL standings. Six games in and with a 0-3-3 record, the Eddies are the last CPL team still chasing a first win. The turmoil admittedly comes amid an ownership transition – the CPL is currently running the team until a new owner can be determined.

“We’re a team that is at the bottom,” Koch said, mentioning the team’s youth and inexperience compared to other CPL rosters. “We know who we are and what we’re about. Every single player in our group needs to be ready to play with and without the ball for 90 minutes if we’re going to give ourselves the chance to get any points this year.”

The two Alberta teams will face each other again on Tuesday, May 10 at Spruce Meadows, in the opening round of the 2022 Canadian Championship. 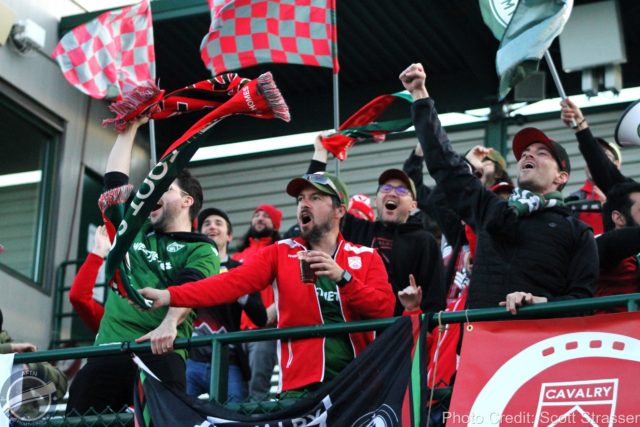