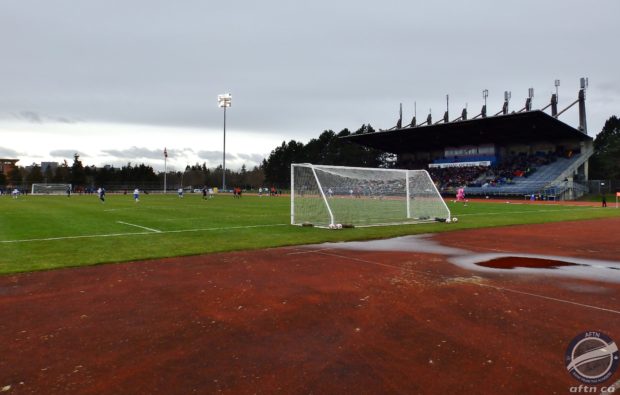 We continue our Groundhopping tour of League1 BC venues by heading over to Vancouver Island for a look at the long-time home of Victoria Highlanders – Centennial Stadium.

You can catch up with our previous L1BC Groundhopping features below: 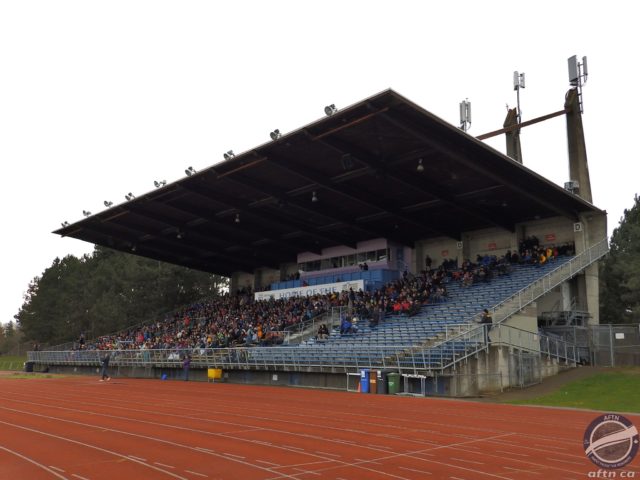 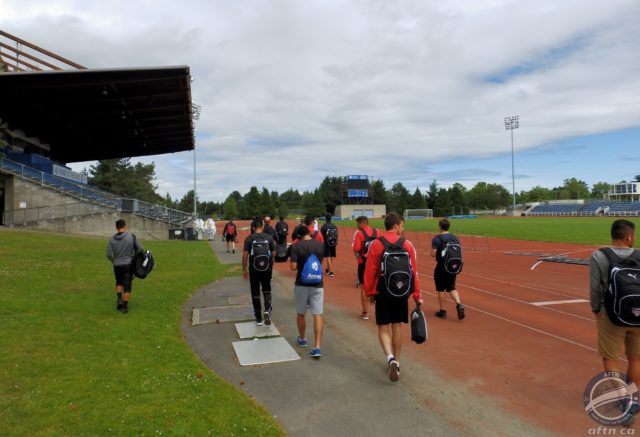 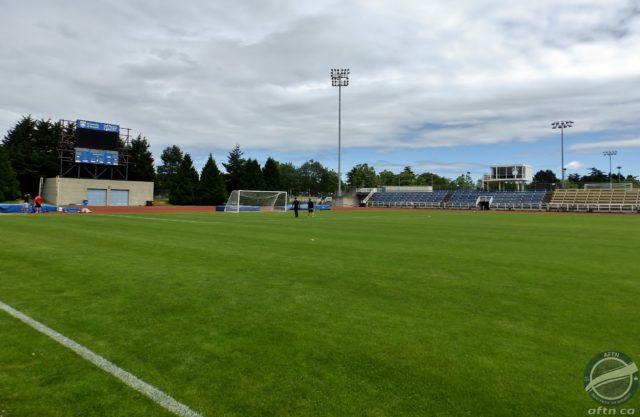 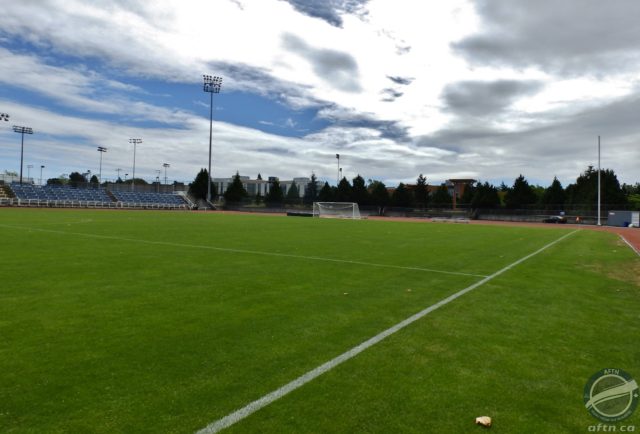 History: Built in 1967 at a cost of $514,526 (about $4 million in today’s money), Centennial Stadium was one of many Canadian Centennial projects to celebrate the 100th anniversary of Canadian confederation.

Situated on the grounds of the University of Victoria, the stadium was built by architects Siddall, Dennis & Associates, with funding coming from both the federal and provincial governments and a number of local municipalities. Ground was first broken on the stadium in 1966, with work finishing the following year.

The stadium has a rich sporting history. Aside from being used by the UVic Vikes soccer teams, the Highlanders have called Centennial their home since 2016, and the stadium hosted seven matches during the 2002 FIFA Women’s U19 World Championships.

Centennial Stadium also hosted the athletics events and the opening and closing ceremonies at the 1994 Commonwealth Games, and a number of local, national, and international track and field meets have been held at the venue over the years. 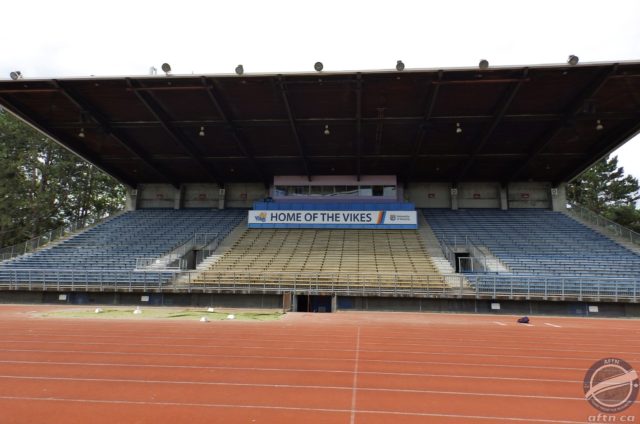 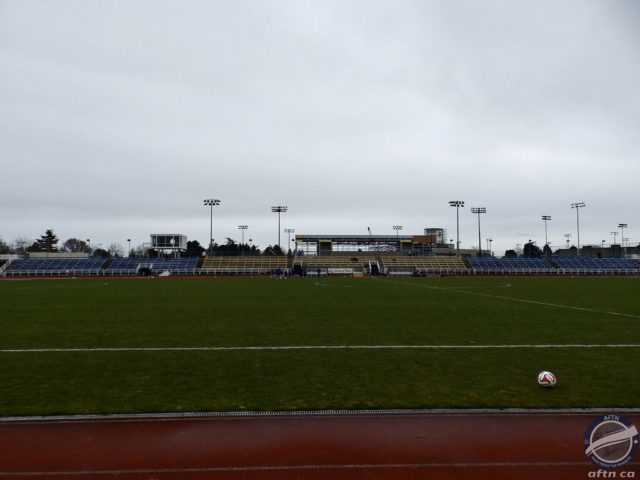 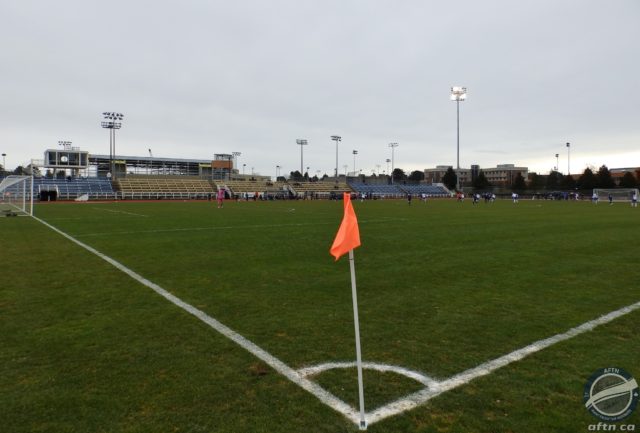 Centennial Stadium – view across from grandstand

Facilities: The current capacity of Centennial Stadium is 5,000, consisting of the original 3,000 seats in the covered grandstand and 2,000 open air bleacher seats on the opposite site. Those extra 2,000 seats are a legacy from the 1994 Commonwealth Games where the stadium’s capacity was temporarily expanded to a staggering 30,000.

The grandstand has a wonderful 10 cantilever roof and contains a glass-enclosed press box, dressing rooms, officials rooms, washrooms, equipment storage rooms, and concession booths within it, with ticket booths situated on the outside.

There are dedicated accessible seating areas for visitors with disabilities at the top of each access area of the grandstand, along with viewing at track level.

The pitch is surrounded by a rubberized 400m athletics track and the stadium is equipped for a number of track and field events including the long jump, triple jump, high jump, and pole vault. The track has undergone renovations in 1977 and was then replaced in 1987. After 30 years, the track was finally replaced again in 2017 at a cost of $694,000. 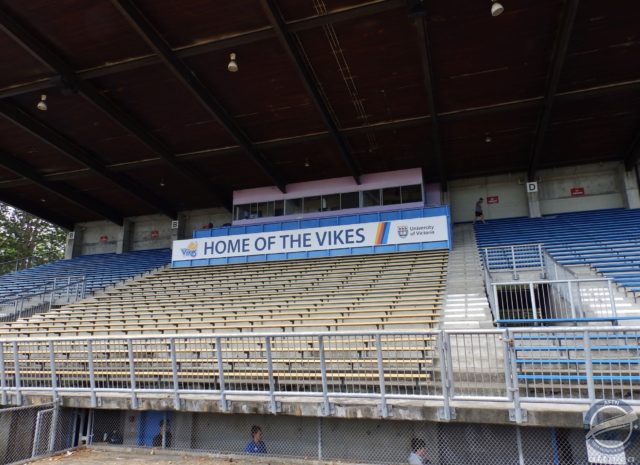 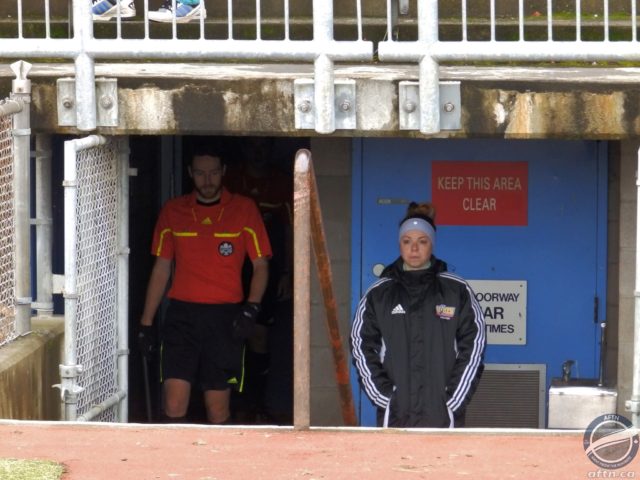 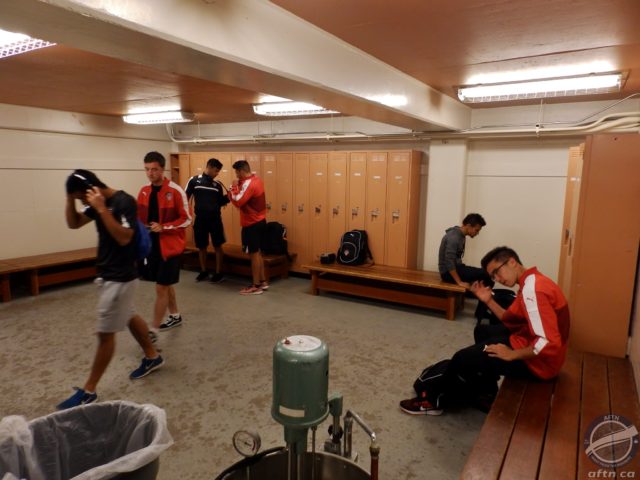 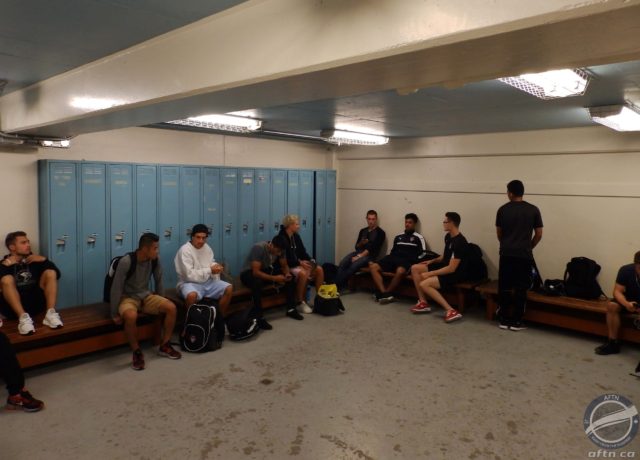 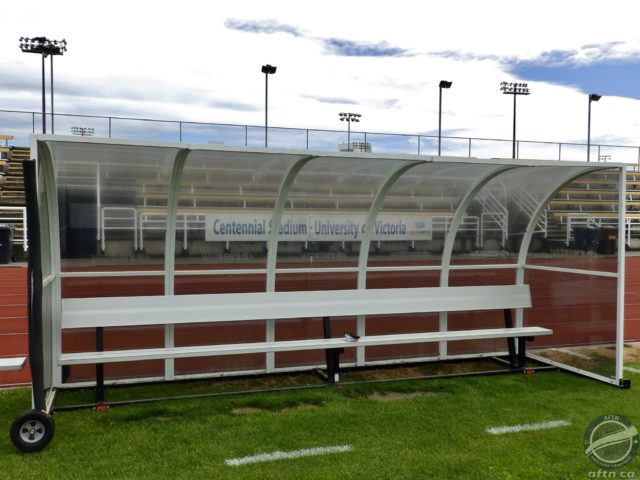 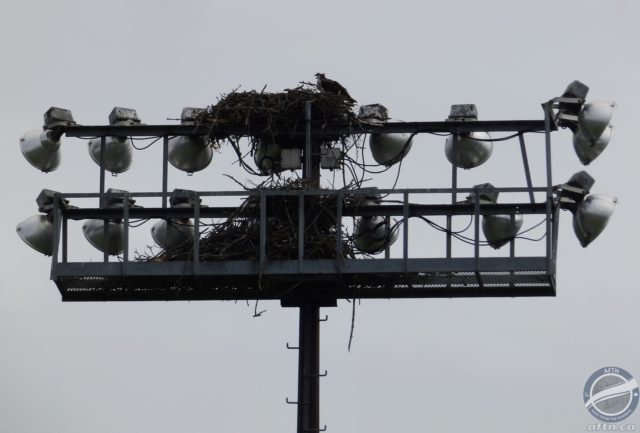 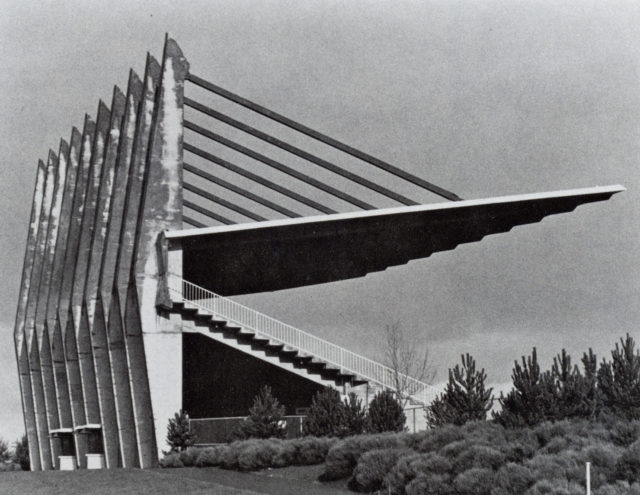