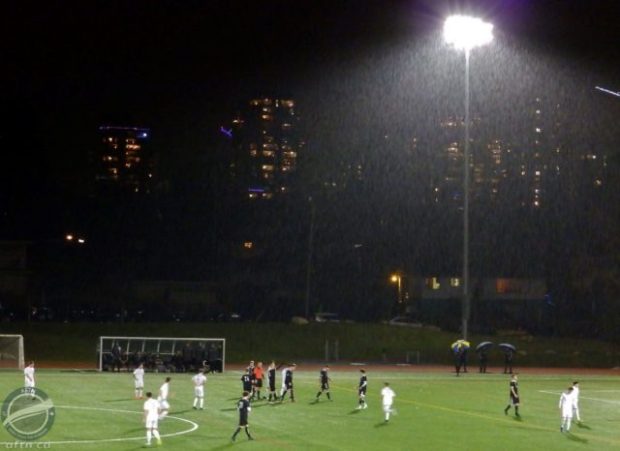 The Vancouver Metro Soccer League (VMSL) returned to action after the Christmas break this past weekend in an extraordinary week that saw 37 goals scored over the six Premier Division match ups, with all six victorious teams winning by large margins in a veritable goalfest.

The really big winners in it all though were the top two teams – league leaders Croatia SC and second placed Rino’s Tigers. Aside from their own multi goal victories, their two nearest rivals both lost, falling off the pace in the title chase in what could prove to be a massive week in deciding where the 2019/20 championship will finish up.

Defending champs Croatia were in action at North Vancouver’s Fen Burdett Stadium on Saturday afternoon, and were made to work harder than the 5-1 scoreline over NVFC Norvan might suggest. 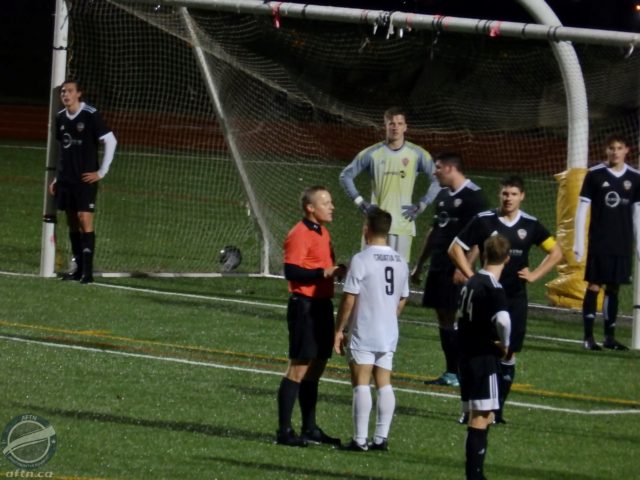 The early action flowed both ways before Daniel Davidson’s long range dipper 28 minutes in finally broke the deadlock for Croatia on a soggy Saturday. Theo Lorenz made it two, six minutes before half time, scrambling home a corner kick, and when David Malamura made it three with a nice finish three minutes after the restart, it looked game over.

But as the rain started to pour down, Norvan staged a fightback, creating a number of chances before Conor O’Callaghan knocked one in from close range in the 70th minute.

More chances followed but Croatia heeded their warning and struck twice within a minute in the 78th to make the scoreline more one-sided.

After an earlier penalty appeal was waved away moments earlier, Croatia did get a penalty awarded and David Zaharija made no mistake from the spot to make it 4-1. And almost immediately from kick-off (and catching our filming out as we were noting down the score at the time!) Croatia went nap with Daniel Davidson racing in on goal and firing home his second of the afternoon.

You can see our (varying focused!) highlights of the match in the video below and on our You Tube channel.

An important win for Croatia in a weekend of surprises and one that keeps their one point lead at the top of the VMSL Premier standings with six matches remaining. Breathing down their necks though are Rino’s Tigers, who were even bigger winners on Friday night at Burnaby Lake.

Rino’s squared off against bottom side ICSG Columbus, who had just recorded their first win of the season in the last match before the Christmas break. They weren’t able to build any momentum from that, however, as Tigers ran rampant in a 6-1 victory, with leading scorer Farivar Torabi putting in another four goal performance to take his tally to the season to 23.

Torabi struck in the 22nd and 43rd minutes to give Rino’s a 2-0 lead at the half. Yuto Kimura made it three for the Tigers four minutes before the hour mark, before Daniel Sagno pulled one back for Columbus in the 71st minute, before Danylo Smychenko restored Rino’s three goal advantage five minutes later.

Torabi then struck in the 80th and 85th minutes to round off the 6-1 victory and temporarily send Rino’s back to the top of the table, and finish the weekend still one point back of Croatia in second.

But if you were to think that Torabi’s four goal game was to be the individual performance of the weekend, then step forward Coquitlam Metro Ford Wolves striker Carlo Basso. 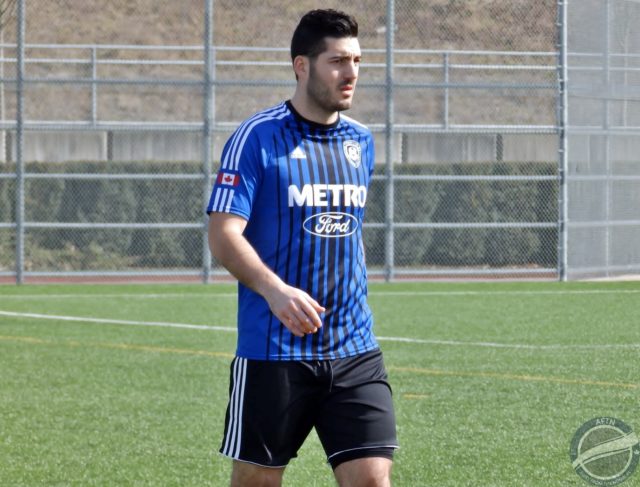 Lucas Krivak got into the goal action to bag Metro Ford’s third in the 39th minute, with the Hurricanes’ sole consolation goal coming from Rahid Rahiem three minutes from time.

A big loss for the Hurricanes in more ways than one as it kept them in fourth place in the table, but now seven points back of the leaders.

And the weekend saw what could equally be a massive loss for West Van FC as well. The third placed side fell 4-1 to SFC Pegasus at Newton Athletic Park in Surrey on Friday night.

UBC Thunderbird senior Kerman Pannu put Pegasus ahead just five minutes in before Colin Phillips sent the teams into half time on level terms with a 35th minute equaliser.

Pannu grabbed his second of the night six minutes after the restart, and complete his hat-trick ten minutes from time to basically tie up the three points for the Horsemen. Former WFC2 man Sahil Sandhu sealed the deal two minutes later to make it a 4-1 final. A great result for Pegasus, but one which leaves the Amblesiders six points adrift of leaders Croatia.

In the weekend’s other matches, Club Inter EDC Burnaby came away with a 4-1 win over the struggling Guildford FC FASA at Burnaby Lake on Friday night thanks to an early goal blitz. Mohammed Habib had Inter 2-0 up after goals in the 5th and 10th minutes and Liam Miller made it three four minutes later.

That was how it stayed until three minutes into the second half when Brandon Bangambee pulled one back for FASA, but Andres Rodriguez rounded off the scoring in the 70th minute to give Inter the win and keep FASA in the relegation places.

The weekend’s action was rounded off at the same venue on Sunday evening, with CCB LFC United putting up six of the best as they saw off Burnaby Selects White Eagles 6-1. Matteo Polisi hit a hat-trick for the national champions, with Boris Si getting a brace and Kristian Yli-Heitanen also grabbing one.

And after all of those goals and results, the VMSL Premier Division standings look as follows after Week 16. 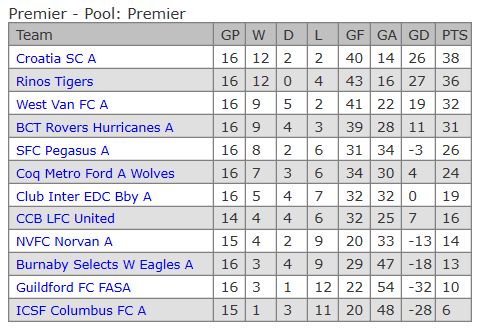