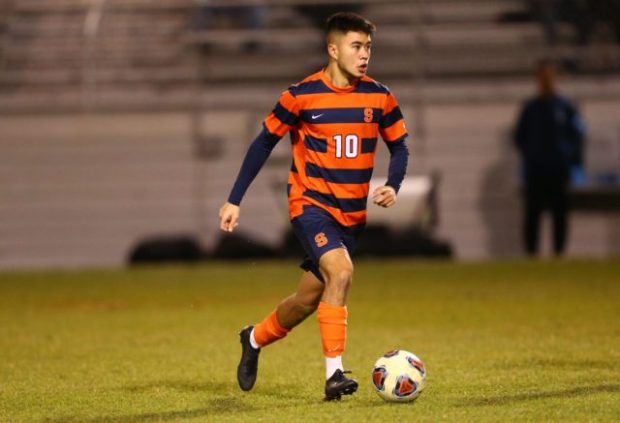 Growing up in Hamilton, Ontario, the path to becoming a professional footballer was never going to be a completely smooth one for Vancouver Whitecaps’ first round draft pick Ryan Raposo.

Canadian Premier League champions Forge FC may have produced a real soccer buzz in the city last year, but for the young Raposo, that kind of environment was sadly missing.

“When you’re in Hamilton, there was no real soccer player to look up to, other than my older brothers,” Raposo told AFTN in a chat after his draft selection by Vancouver. “Here in Canada growing up, it was always hockey, hockey, hockey, and the little Asian kid playing soccer was always shunned because they see no real future in that.”

Raposo disagreed and set about proving those naysayers wrong.

Ask most, if not all, of the players selected in Thursday’s MLS SuperDraft about their footballing dreams and they’ll tell you it’s what they’ve wanted since they were a little boy. Raposo is no different.

But it’s what you’ve been prepared to sacrifice to make that dream a reality that is often telling and Raposo’s is a tale of a young man that’s already seen him give up a lot to reach his first goal – turning pro.

“It was what I’ve wanted to do even before I started playing competitively,” Raposo said. “Maybe about six, seven, honestly. Soccer’s always, always been my passion and it’s never been anything else. As you get older – 16, 17, 18 – you get girlfriends, you get your licence, and this and that, and you start to go out. But me, I’ve never thought about going anything else than being a professional footballer.

“Whether that was in Canada, the U.S.A., or over in Europe. So it’s definitely a dream come true that it’s happened, but I do know that the work’s just started. The fact that I got here and got the contract doesn’t mean much if I can’t continue that and perform well.”

It’s that focused determination that’s got Raposo where he is today, coming out of college two years in to his degree to follow his dream. But it’s been a journey that’s seen some struggles along the way, with hard and lonely days and a lot of time spent away from his family. First in going overseas to Europe for some training stints in Germany and then heading off to Syracuse University in New York for the past two years.

Raposo’s experience in Germany was tough. He had training stints with top Bundesliga sides TSG 1899 Hoffenheim, FSV Mainz 05, and SV Sandhausen. While there he was something of an outcast. The foreigner coming over trying to take the locals’ jobs and viewed as competition more than a friend. The player others wouldn’t pass the ball to in training.

A tough situation to be in for any player, never mind a 15-year-old alone in a foreign country. But instead of breaking him, it cemented his resolve that this was the career path he wanted to follow and it helped make him the player, and the man, he is today.

“So I was around 15 [when I went to Germany],” Raposo told us. “I instantly fell in love with the country and the culture. It was an amazing experience, but definitely the hardest time of my life so far. As you know, with European soccer it’s a completely different culture and different atmosphere from North America. It’s very hostile.

“You’re going there and you’re taking food off their plates, and that’s how they take it. So I was growing up and understanding that. I lived by myself at 15-years-old. Living in a basement. So I’ve been through those growing pains of being a quote, unquote ‘pro’ and I understand what’s ahead of me.”

Now 20, Raposo is in no doubt of the task facing him in Vancouver. He’s never been to the city, although his family have and have told him he’s moving to a great place to live. There will be one familiar face in the team in Theo Bair, a player he briefly played youth football with back in Ontario, and he’s good friends with former Whitecap and current UBC Thunderbird Jordan Haynes, so that should make the settling in a little bit easier.

It goes without saying that Raposo’s selection was just the start of another long journey for the attacking midfielder, something he’s fully aware of and another challenge he’s ready to face head on.

“Playing in Vancouver will definitely be an easier place to play [than Germany],” Raposo mused. “But it will still be very, very tough. It’s a professional environment. I’ll have to perform because everyone’s fighting for that starting 11 spot, that 18 spot. So I know I just need to continue to do what I do and keep my head down and work hard. That’s about it for me.”

Raposo’s already experienced the jump in quality from the youth to the college game, an upgrade he admits was tough, but he performed well, averaging a goal every two appearances, scoring 19 goals and adding 14 assists in his two years at Syracuse.

He expects another steep learning curve now that he’s entering the pro game, but feels he’s ready for it.

“Scoring goals in college is tough,” Raposo acknowledged. “It’s very, very different than youth soccer. It’s much more physical, fast paced. We have a lot of athletes involved. More so for me being a smaller guy, using my brain and using my head, trying to be in the right spots at the right time and that type of thing.

“So I definitely know that at the next level it’ll be even tougher. But this is something that I’m mentally and physically prepared for. I know it’s going to take time to adapt. It takes everybody a bit of time to adapt, but I’m confident of myself and my abilities and my tactical awareness. Soccer is my passion.” 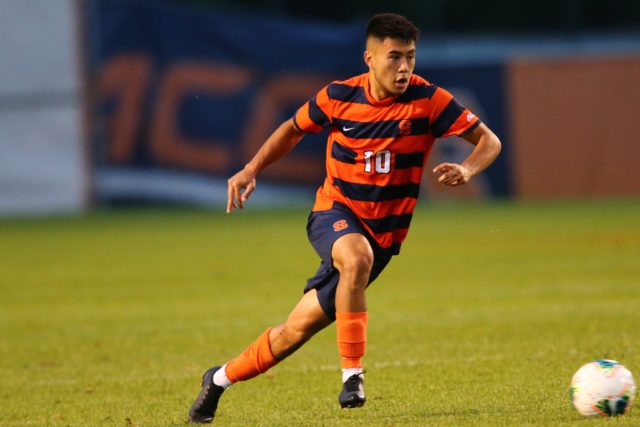