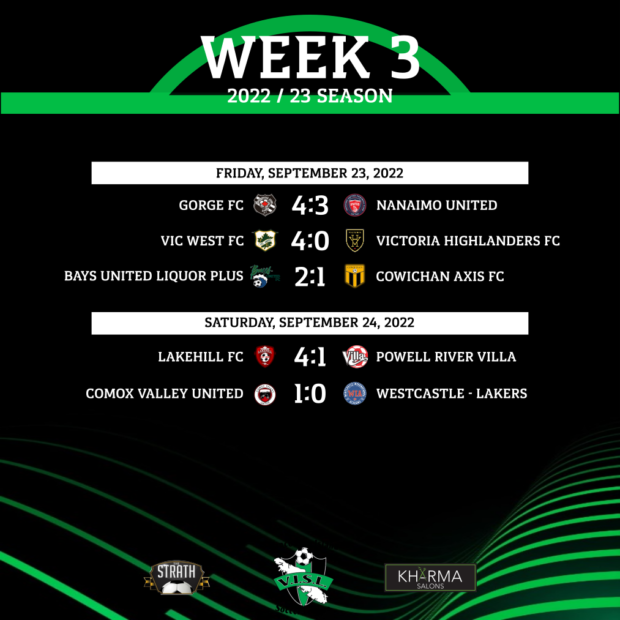 Week three of the new Vancouver Island Soccer League (VISL) season is in the books, and this past weekend was a perfect example of why games actually get played as opposed to just assigning points to the team that maybe should win.

Early season upsets was the common theme this past weekend. Here is the snapshot of what took place.

Friday night started out with a bit of a surprise at Hampton Park as Gorge toppled defending Jackson Cup Champions Nanaimo United 4-3. Gorge goals were from Jordan DeGraaf, a Nanaimo own goal, and two from Hatim El Azhari. Nanaimo goals were from Marcus Cramb, Callum Magog, and Paddy Greig.

Another surprising result on Friday saw Vic West blank the Victoria Highlanders 4-0 thanks to goals from Theo Weismiller, Alec Balbo, and a brace by Salem Almardy. Earning his first shutout of the year was goalkeeper Oleksandr Harapa.

The biggest shock on Friday was having winless Bays United defeat previously the undefeated Cowichan 2-1. Alexander Emery and Robert Eng did the damage for Bays, while the lone marker for Cowichan came from Devin Jack.

Saturday saw Lakehill FC defeat Powell River Villa 4-1. Lakehill had goals from Blair Sturrock, Craig Gorman, and Patrick Nelson had a pair. Villa got on the board early with a goal from Griffin Leach.

Saturday wrapped up with a game at Vanier turf that saw Comox Valley shutout Westcastle Lakers 1-0 thanks to Nick Marinus’ winner. Earning his first shutout of the year was Justin Black.

So after all of that action the VISL Division 1 standings. 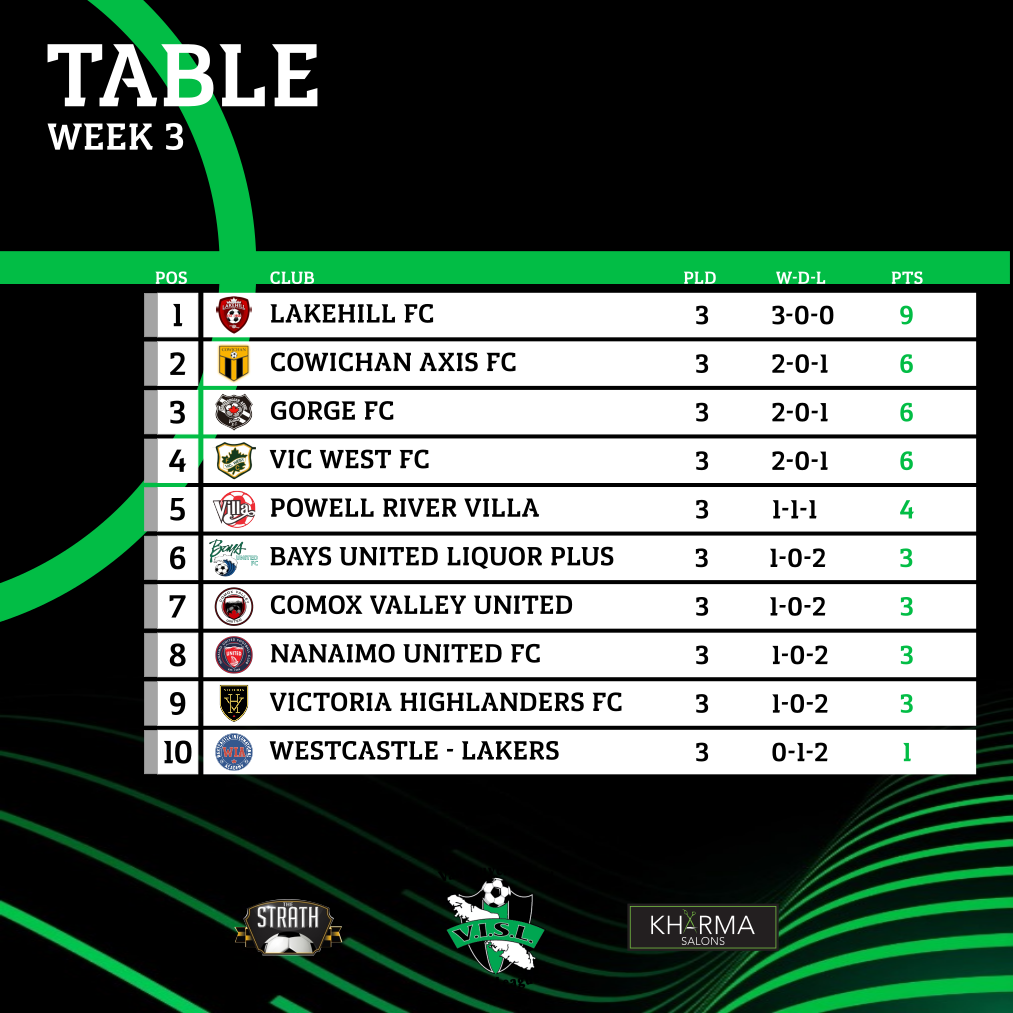 Lakehill has the undefeated look currently in first place and some are believing they will run away with the division. The next spot is up for grabs as three teams are battling – all with six points. Everything after that has a lot of teams whose early season fate could be so much different.

The goal scoring leaderboard has an interesting look as it is owned by a couple Saanich teams. Here is that red and black looking leaderboard. 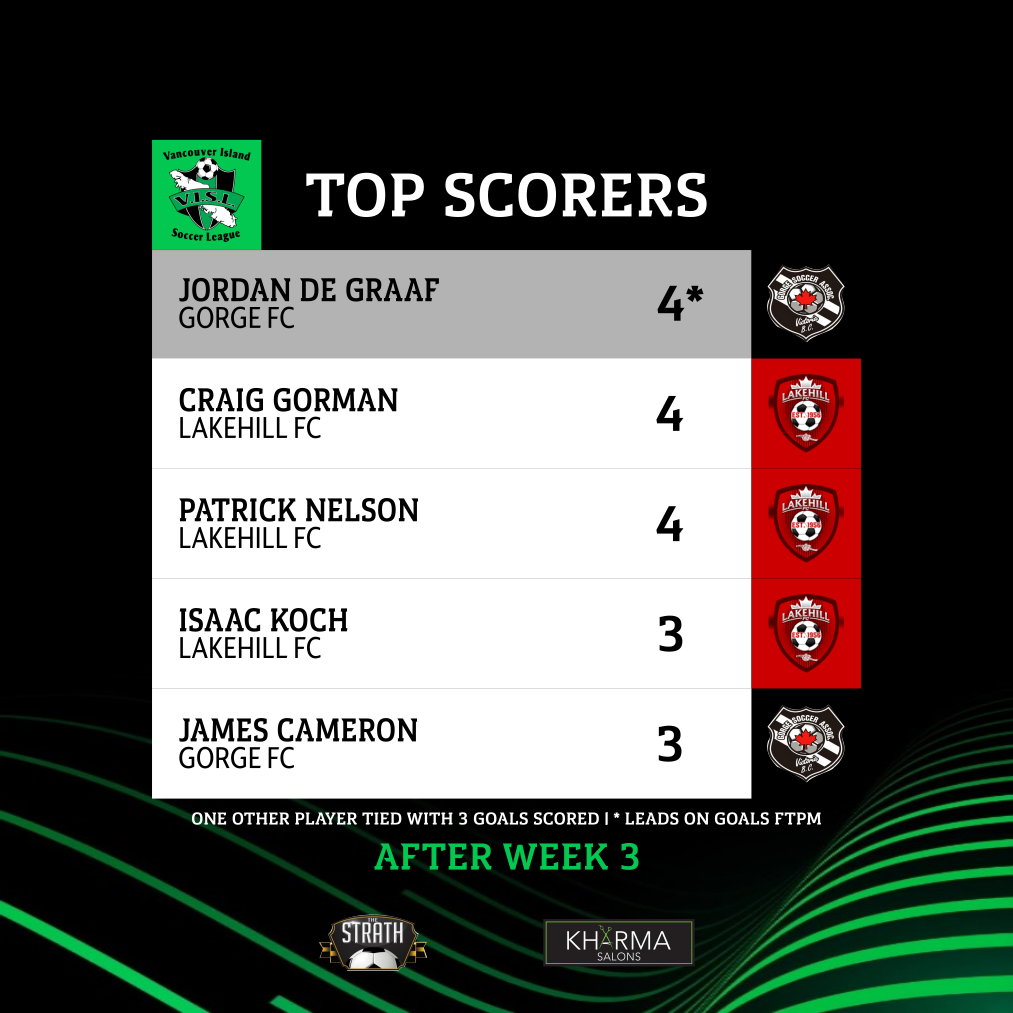 Last but not least – the defenders of the goal. Another couple of new names are added this week, with five goalkeepers now registering a clean sheet through the first three weeks of the season.

It was another gorgeous weekend of amateur men’s soccer up and down the Island. Thanks for continuing to support those people who live, work, and play in your community. Here’s what’s on the slate for this weekend in VISL Division 1. 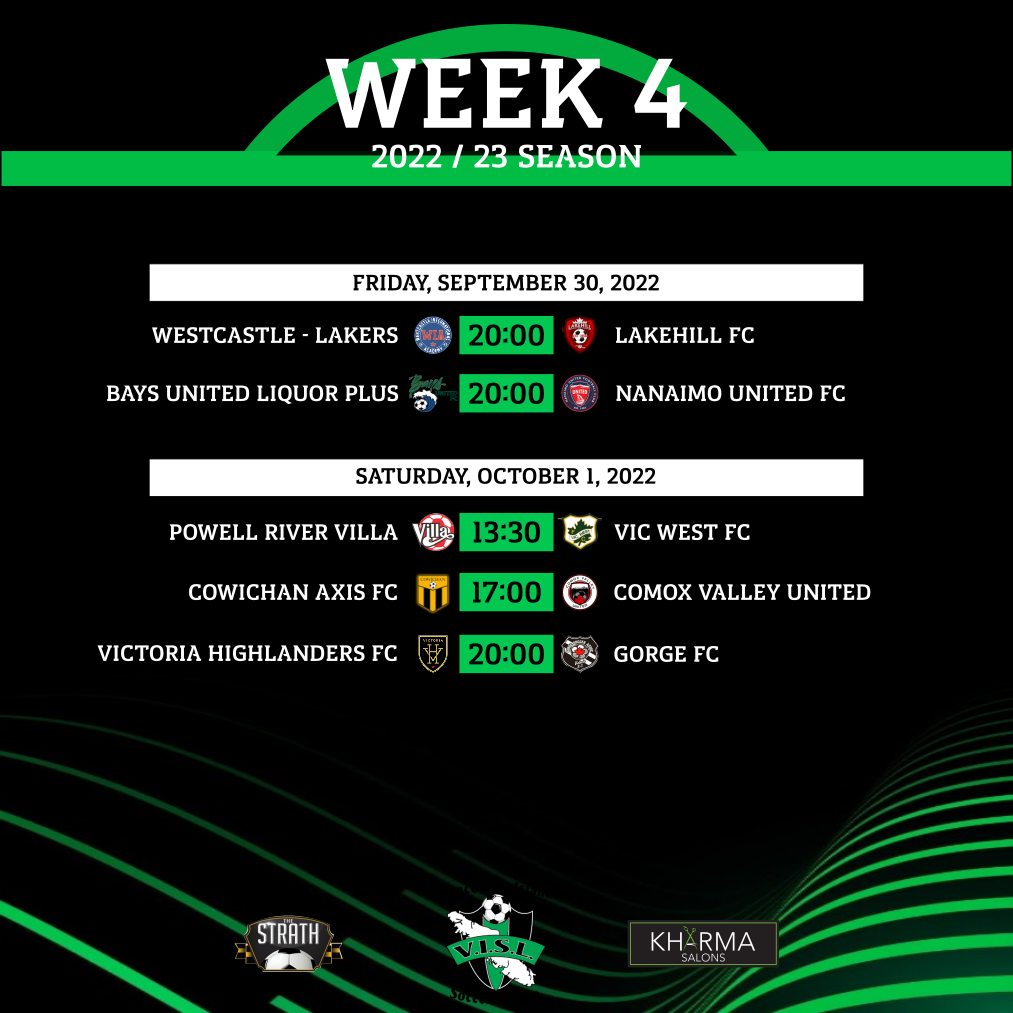 You can find all of the results, fixtures, and standings across all of the divisions over on VISL.org.