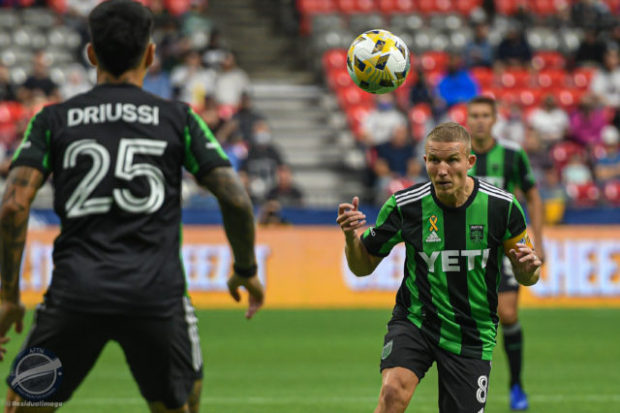 It’s now October, and the Whitecaps are getting into the Halloween spirit by trying to resurrect their season and make a zombified push across the finish line. It’ll take quite the convergence of outside results – we have to root for all of Minnesota, Real Salt Lake, and Seattle to fall flat at the end – but at least there’s something to play for in the final two weeks?

Of course, while outside results going the ‘Caps’ way is paramount, nothing else matters if they can’t win both of their last two matches. If they are able to do it, it would be the club’s first four-match win streak in MLS play since the end of last summer.

Now, sandwiched in between those four wins from 2021 was the fateful loss to Pacific FC in the Canadian Championship. If you include that in the calculations, the ‘Caps haven’t had a four-match win streak in all competitions since the early weeks of the 2015 season, well over seven years ago. Suffice to say, it would require a run of form quite out of the ordinary.

In both of their wins two weeks ago the ‘Caps had a pretty consistent lineup. The only changes between the two starting XIs was Julian Gressel coming in for Ryan Raposo and Russell Teibert coming in for Leo Owusu. Gressel feels likely to retain his spot especially considering the absolute scorcher he rifled in the net, while Teibert will also probably be in the middle of the park.

Thankfully, it appears that Andrés Cubas is ready to go for Saturday, after he suffered an injury in the first half of the last match against Seattle. The international break came at an ideal time to rest him up, as the odds of this last-second playoff push bearing fruit is drastically lower without him patrolling the midfield.

At the back, Jake Nerwinski has put in a couple of surprisingly solid performances in the recent matches. He’s been an oft-maligned player this year amongst the fanbase, but he’s slotted in well in place of Javain Brown in this home stretch and with Brown dealing with a knock from international duty Nerwinski should continue to partner Ranko Veselinović and Tristan Blackmon.

The other recent addition to the lineup is Luis Martins. Having a proper left-footed defender bombing down the flank has been a benefit to the attack as he’s served up some very strong crosses against LA and Seattle and generally been a sparkplug on the outside. His recent form could keep Raposo on the bench, with Cristian Dájome the other player with his role perhaps diminished.

Up front, the big question is how will Vanni Sartini utilize Lucas Cavallini, now eligible to return after his four-match suspension. Brian White hasn’t been undroppable, but immediately slotting Cavallini back in after such a reckless play last month might leave a bit of a sour taste. I feel like it’s a safe bet he’ll see some time, but he might be better served as a bench option in this case.

Looking at the visitors, Austin FC have had to concede the race for 1st to LAFC, and now are looking to fend off in-state rivals FC Dallas to hold onto the 2nd seed in the West. Austin suffered a three-match losing streak at the beginning of September but have bounced back with a 3-0 win over RSL and a 1-1 draw against Nashville, both at home.

The Texans were fantastic on the road earlier in the season but have slipped a bit recently, with a 1-3-1 record away from home in the last couple of months. They’ll be looking to replicate their meeting with the ‘Caps from back in April, where Maxi Urruti fired them ahead with two goals in the first 25 minutes en route to a comfortable 3-0 win.

This is (hopefully) not the same Whitecaps as back then, however. It’s the last home match of the year, the last chance to send the fans home happy until the Champions League starts up in the new year. Let’s hope they can take that opportunity.