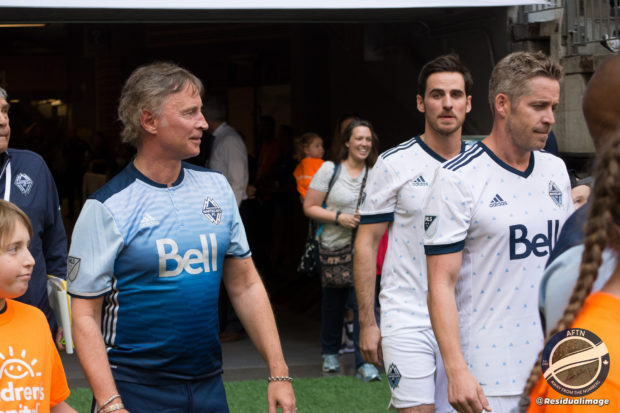 Once Upon A Time the Whitecaps hosted an annual alumni charity football match, but then, a chance meeting between actor Michael Coleman (who plays Happy in Once Upon A Time) and Whitecaps President Bob Lenarduzzi and legend Carl Valentine at an event took the match to a whole new level.

Saturday saw the first, of hopefully a now regular, charity football match between two teams peppered by Whitecaps alumni and actors who call Vancouver their temporary home while filming their television shows.

The end result was an afternoon enjoyed by everyone both on and off the pitch, with hopefully a lot of money raised for the BC Children’s Hospital in the process.

There were smiles, a lot of laughs, and some cracking goals (Diaz Kambere’s 35 yard screamer and Robert Earnshaw’s solo run being the two standouts) as the Whites beat the Blues 4-2.

If you weren’t there, you missed out, but fret not, AFTN photographer Tom Ewasiuk was there to capture all the action before, during and after the game. Here’s his “Story In Pictures”, with a full Flickr slideshow at the end.

Here’s some of his shots: 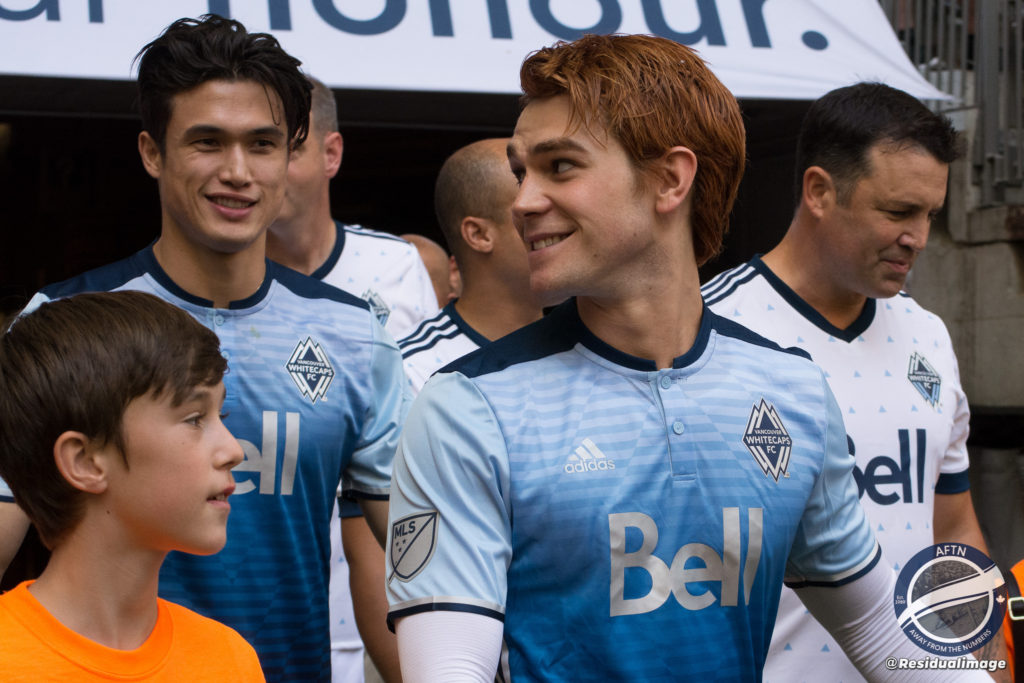 Riverdale is in the house 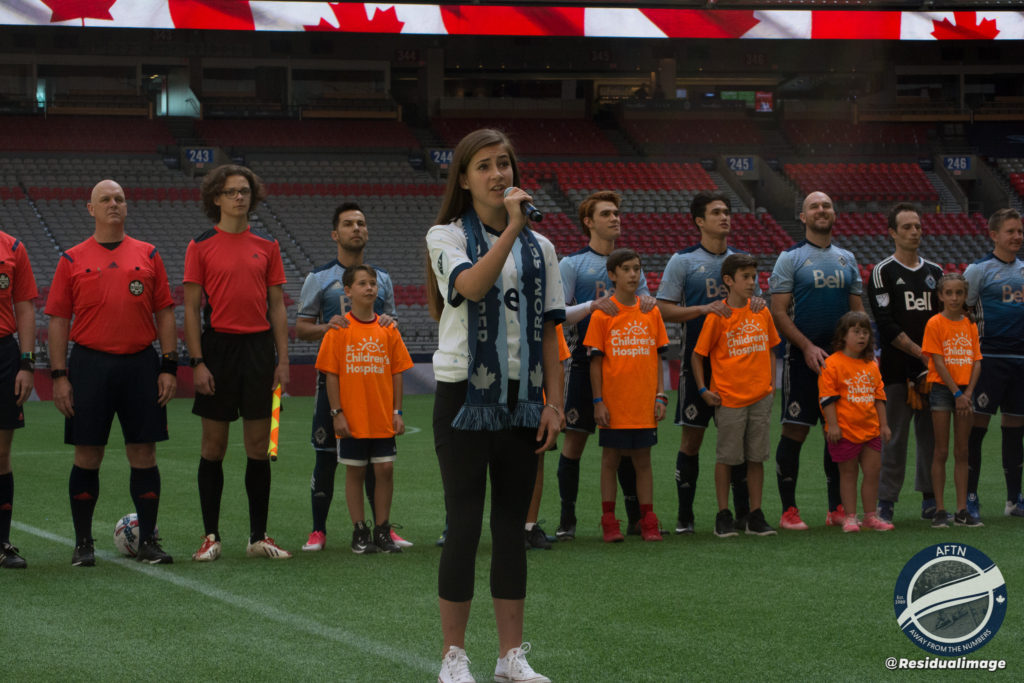 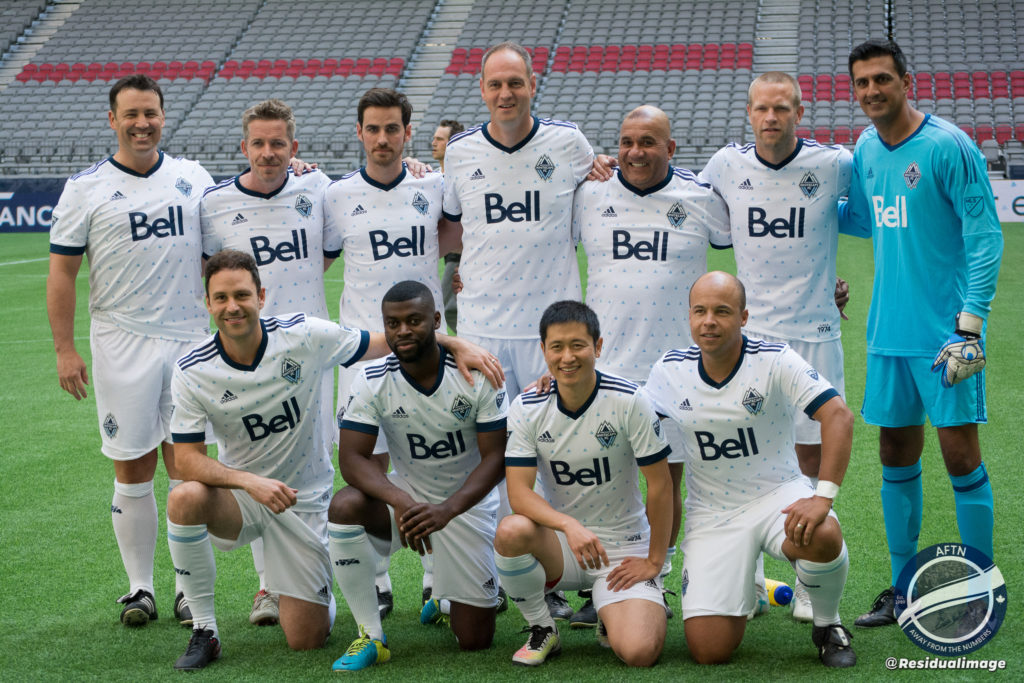 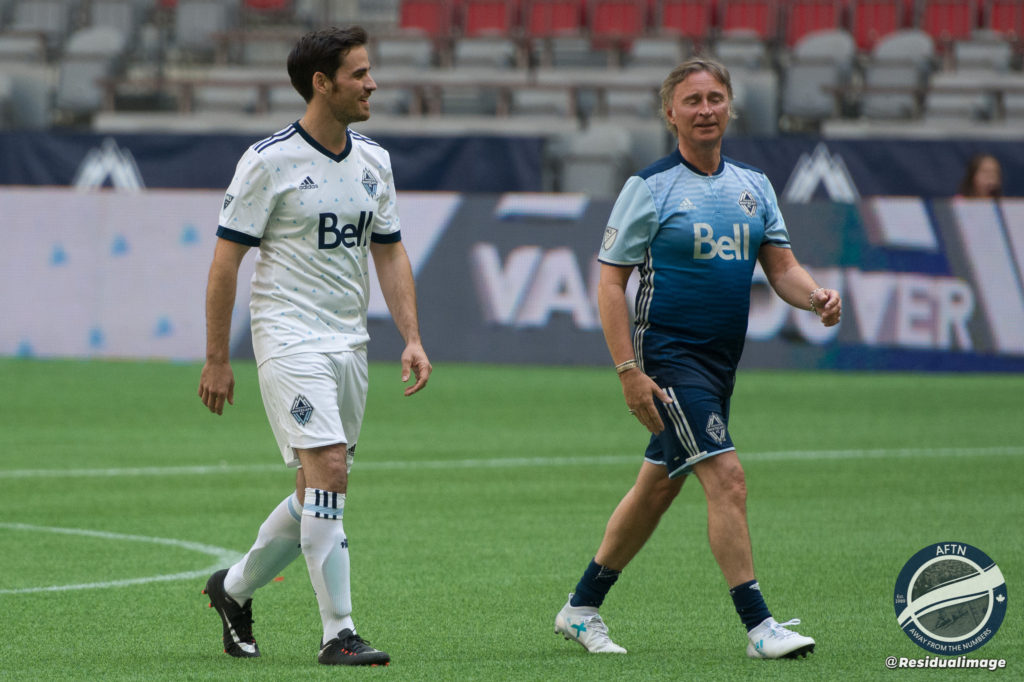 Hook and Rumple on opposing sides as you would expect Riverdale’s KJ Apa is in on goal 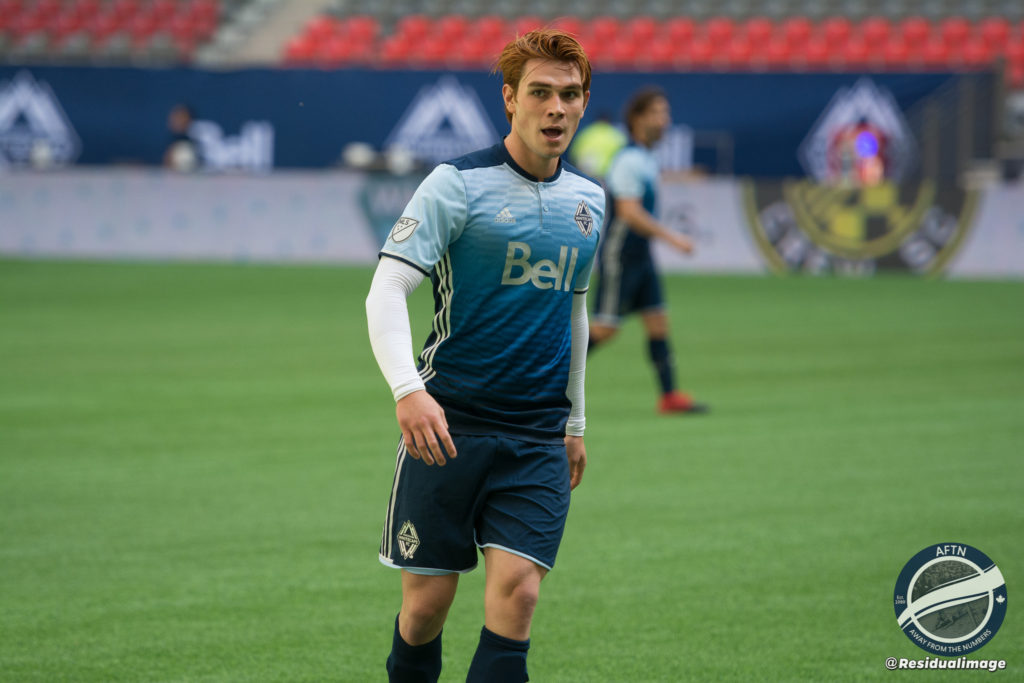 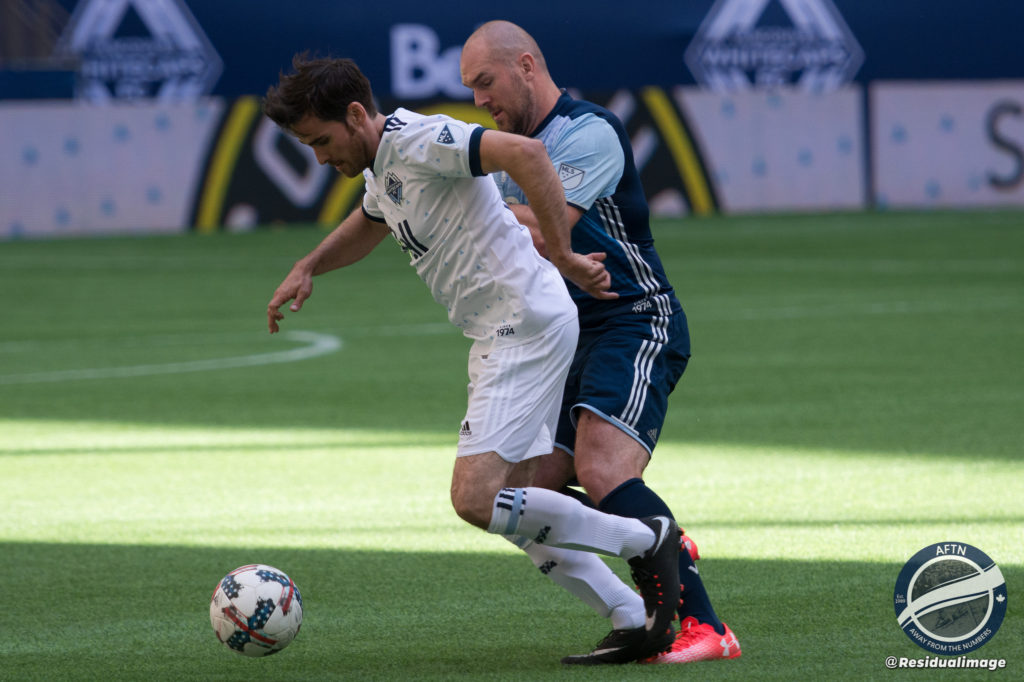 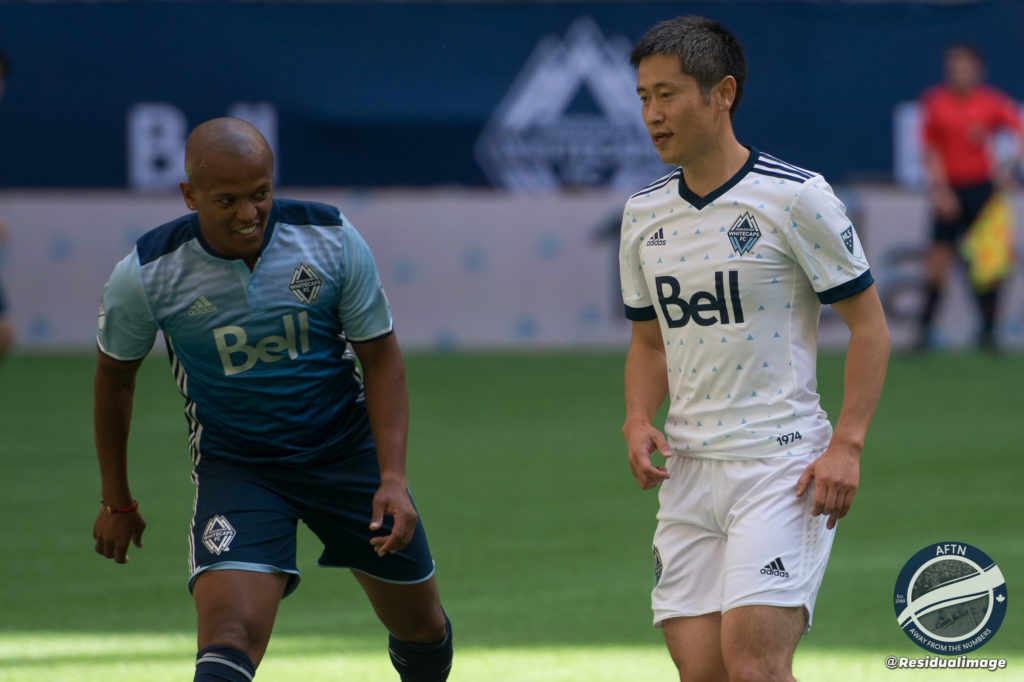 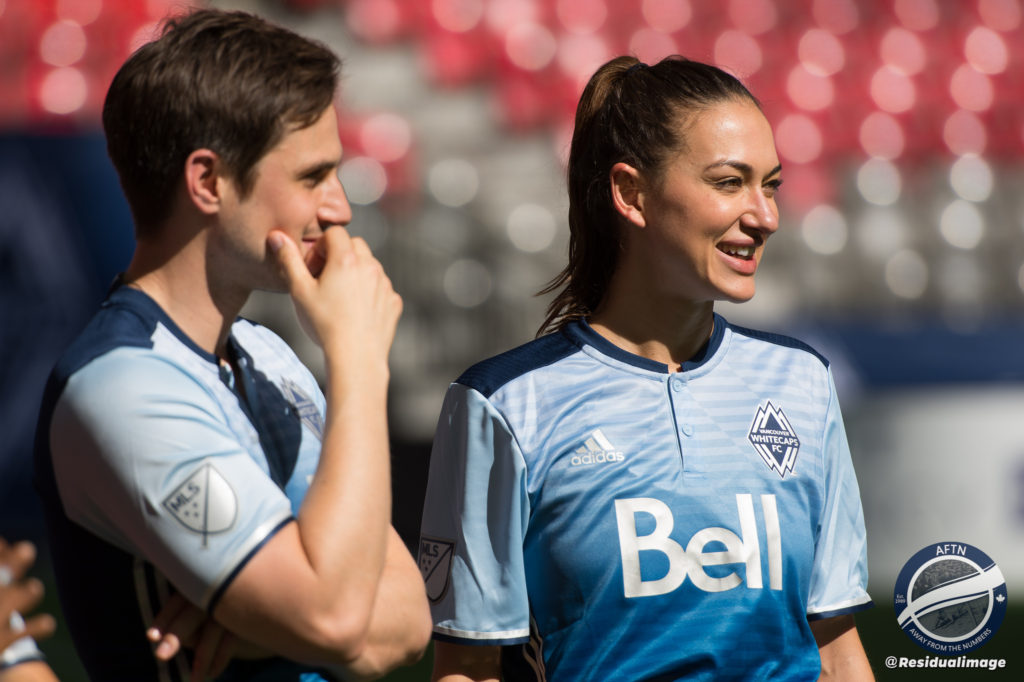 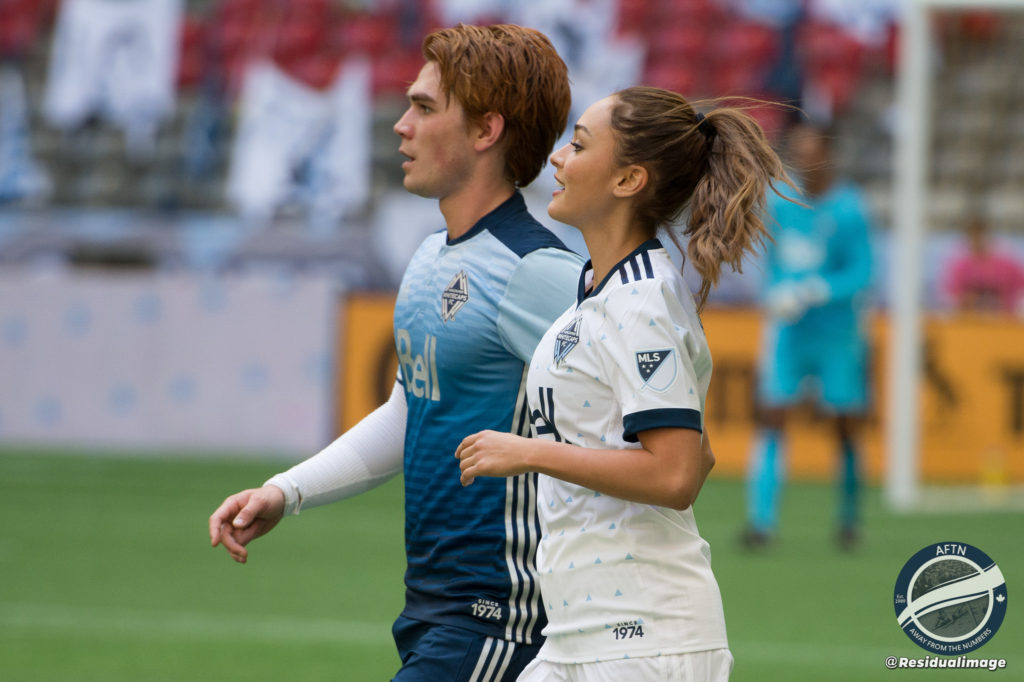 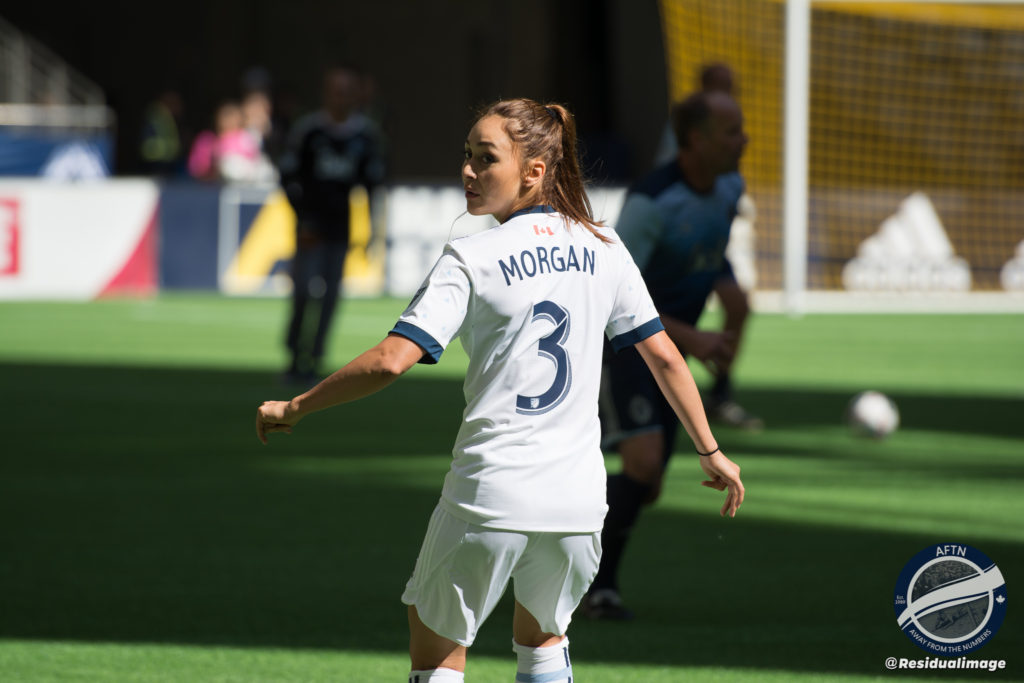 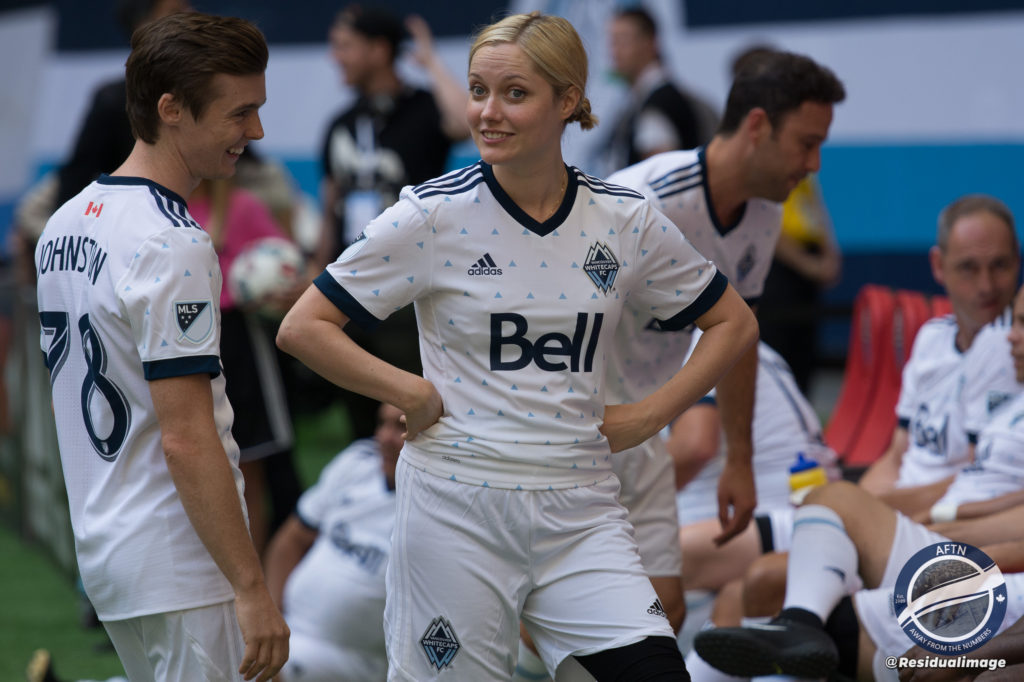 Queen Elsa from Once Upon A Time, aka Georgina Haig, is frozen in pose! 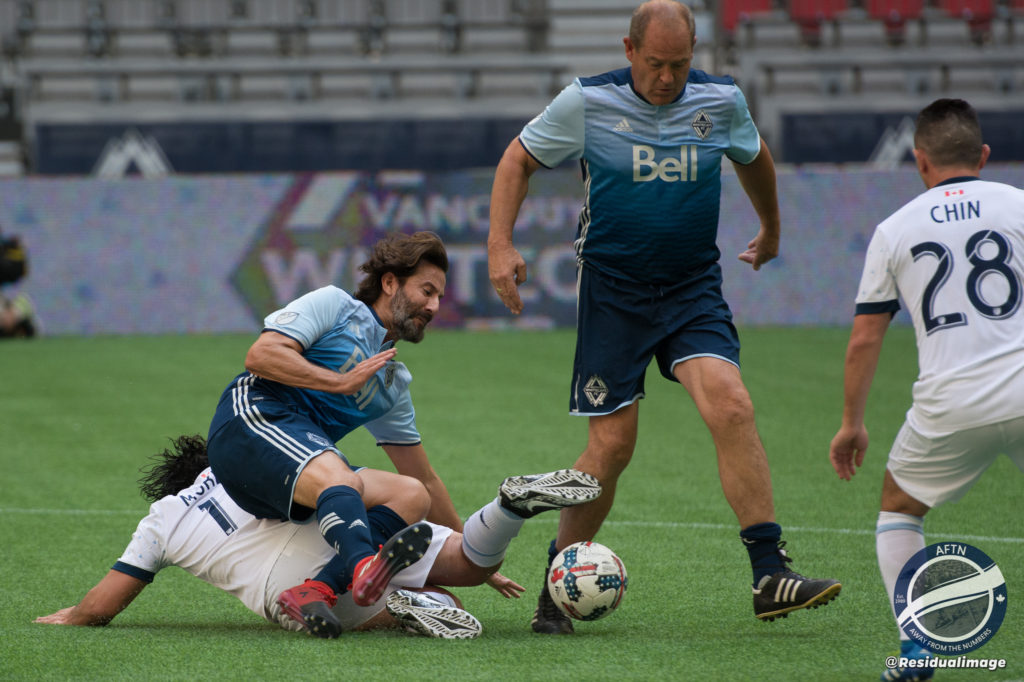 Like all good Scots, Henry Ian Cusick doesn’t shy away from a crunching tackle 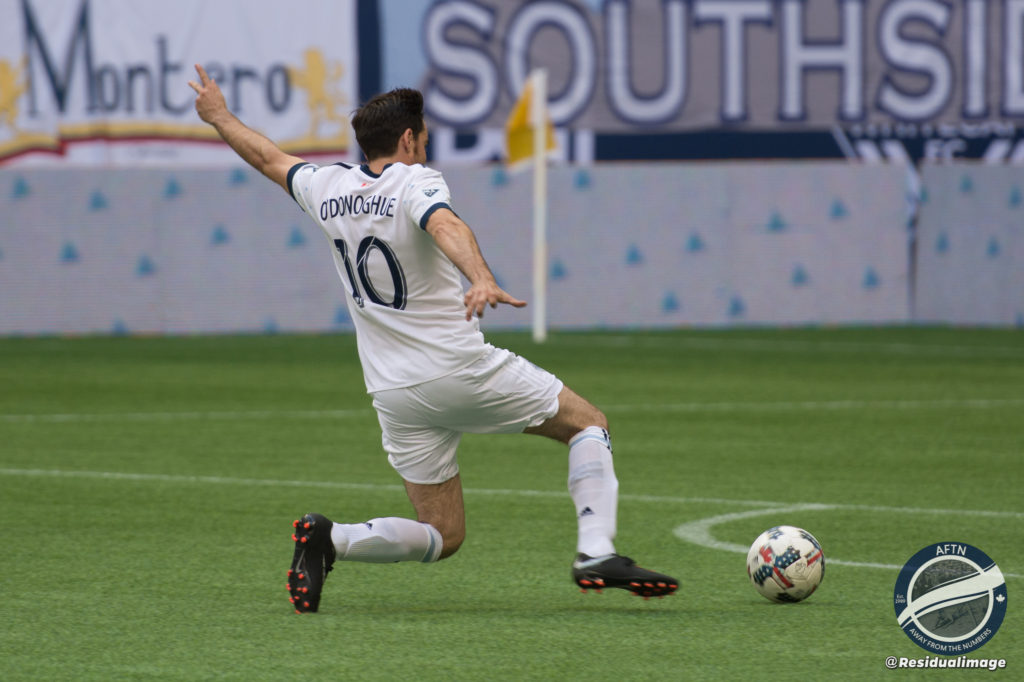 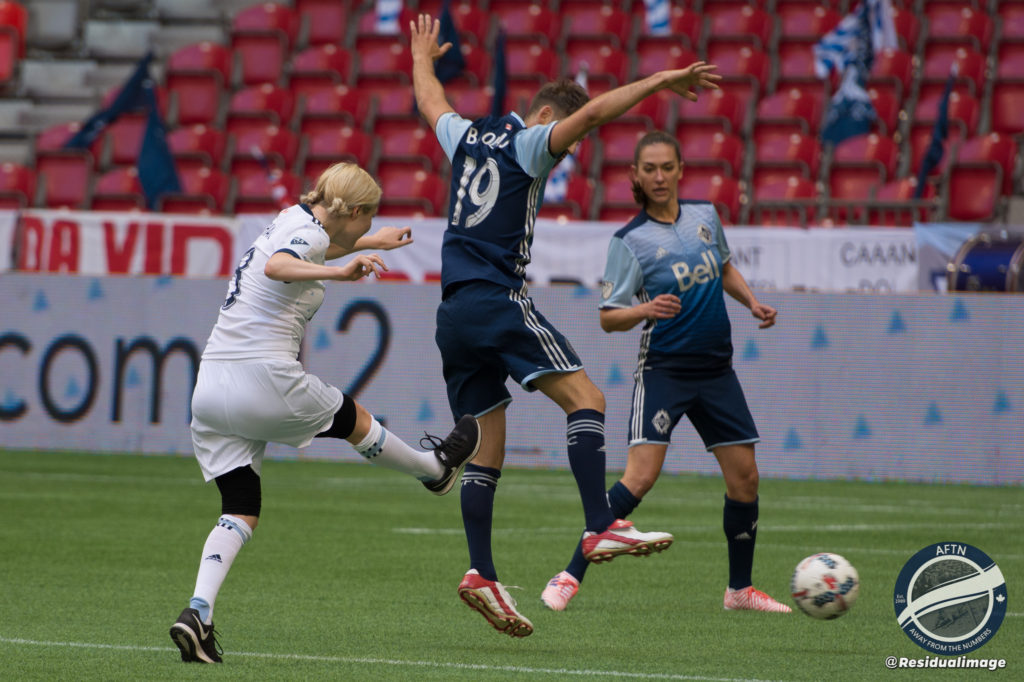 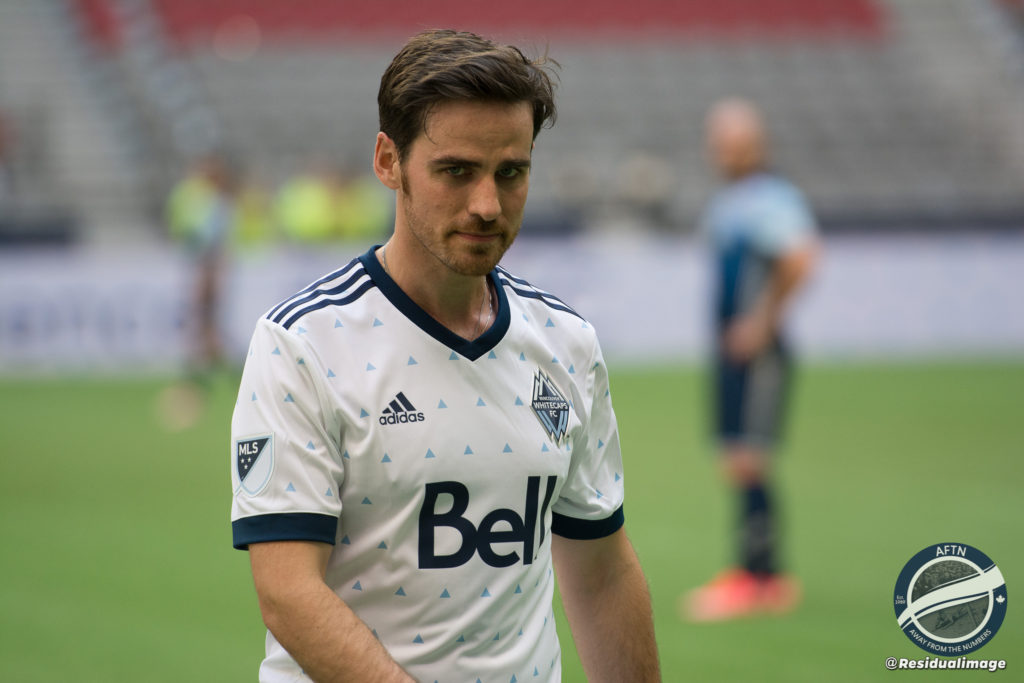 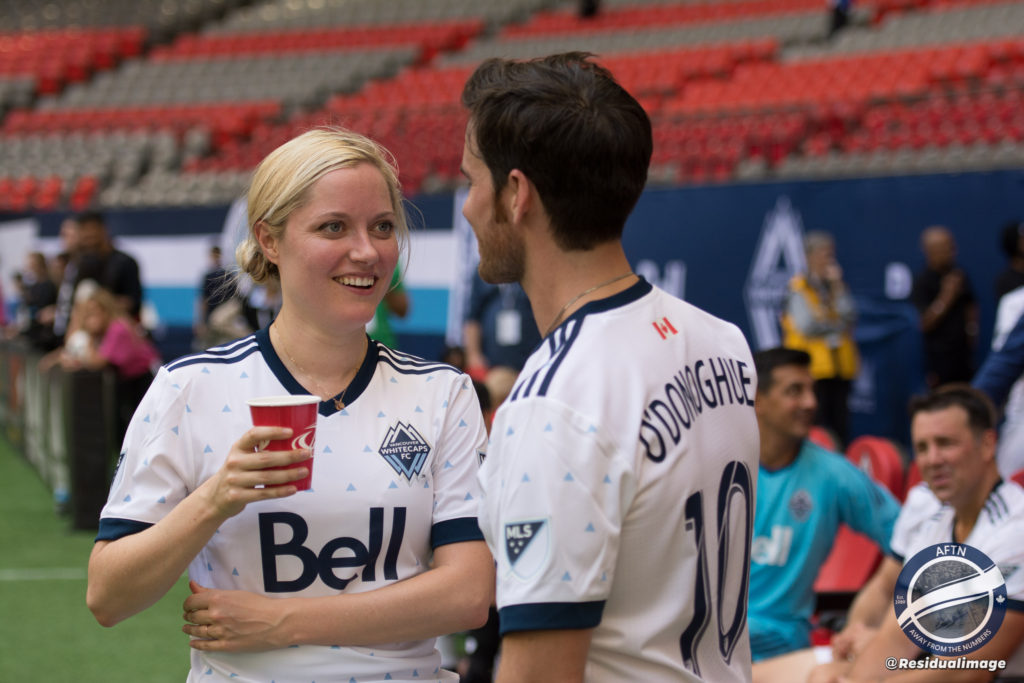 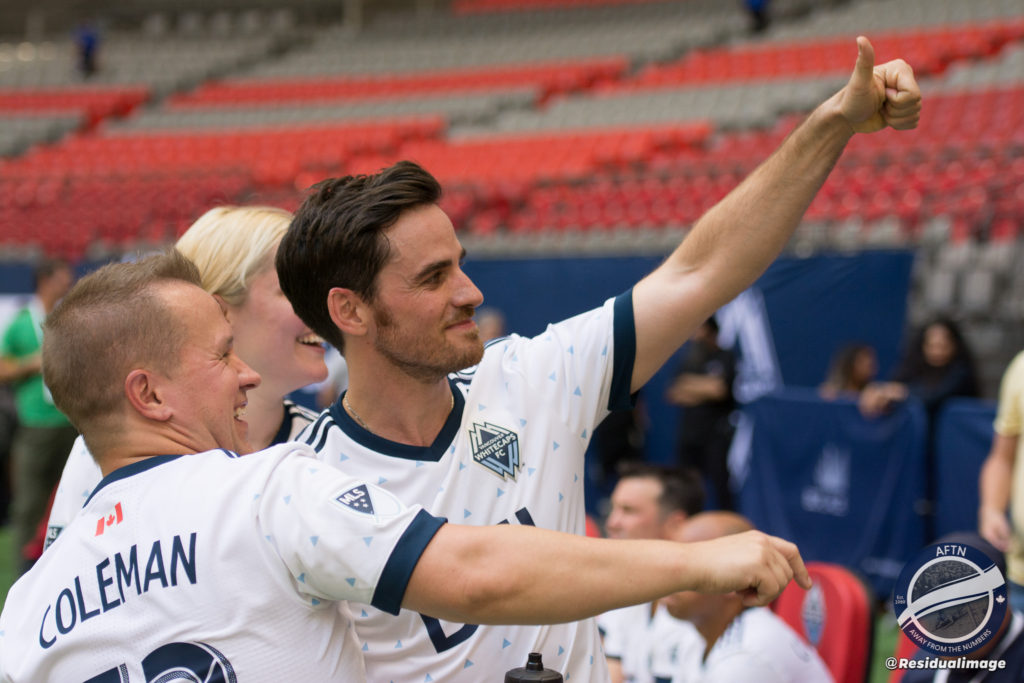 Happy days for the Once team 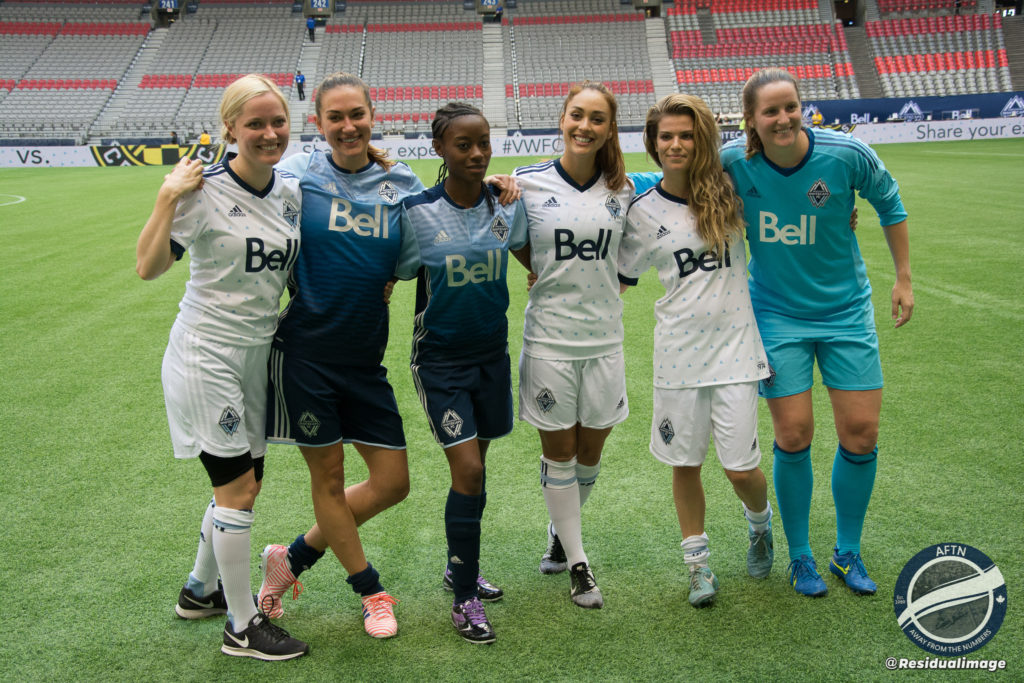 A great game from the girls 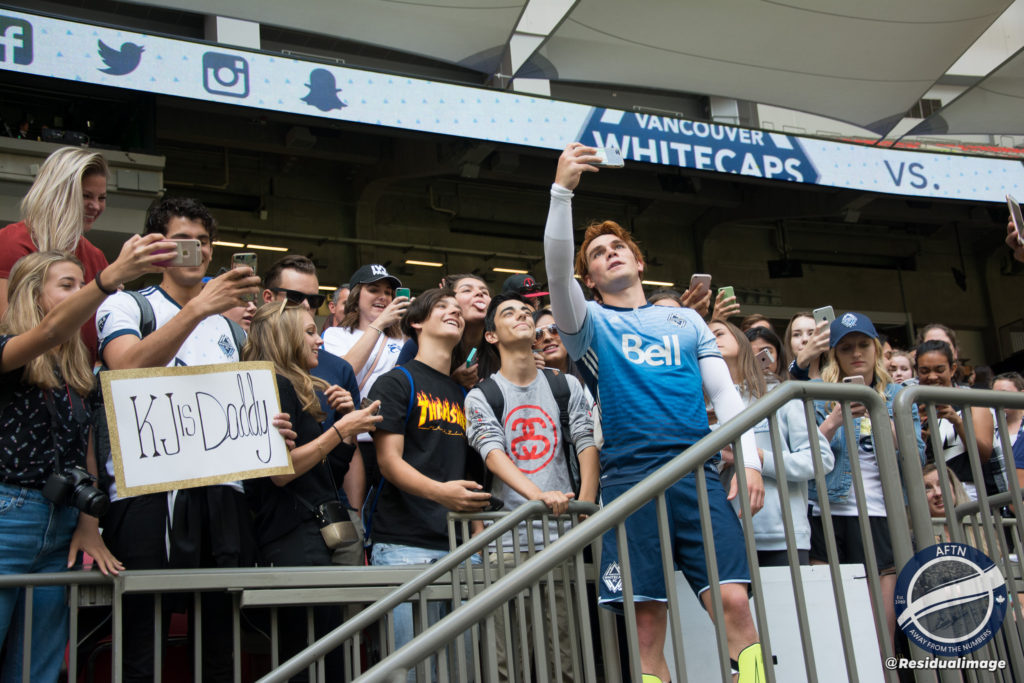 [Also check out Tom’s website www.residualimagephotography.com for more of his photos and work and follow him on Twitter @residualimage].
127
Tags: football, soccer, Vancouver Whitecaps, Alumni, celebrities, Legends and Stars, charity match, Once Upon A Time, Riverdale, The 100, Colin O'Donoghue, Robert Carlyle