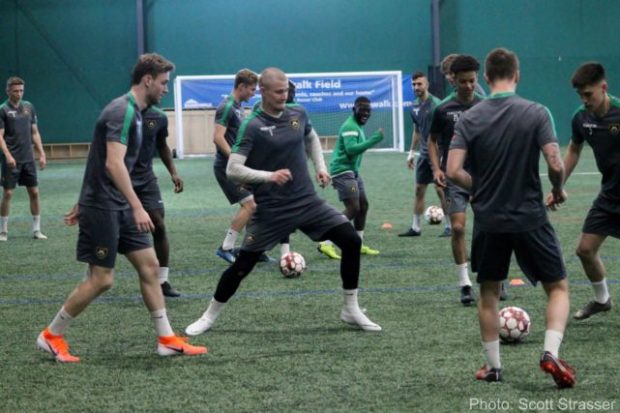 With the arrival of the Canadian Premier League and a new professional team in Calgary, it’s fair to say the attention of soccer fans in the city has been squarely focused on Cavalry FC this year, rather than Foothills FC U23.

That being said, semi-pro Foothills FC still have a championship to defend this summer.

Defending the title in the newly-branded United Soccer League 2 (USL2) this summer will prove a difficult task, however. To say Calgary’s top U23 squad is undergoing a rebuild would be an understatement, as all but four players have moved on to bigger and better things.

But having instilled a culture of winning over the past four years, the team’s new head coach Leon Hapgood said defending the title is still the ultimate goal, while continuing to create an environment where talented players can make the step up to the professional game.

“We still want to win and still want to be champions, as there’s a title to defend,” he said. “But at the same time, we played on Saturday and we had six guys under the age of 18, which is pretty awesome. We’re extending the pyramid and making sure we don’t lose sight of what’s important to our club.”

Of course, most of those departing players from last year are still in the city – 11 players from the 2018 Foothills teams were signed to Cavalry’s inaugural roster. Other departures include top scorers Moses Danto and Ali Musse, the latter who signed with Valour FC, goalkeeper Nathan Ingham, who went to York9 FC, and Mamadi Camara, whom the San Jose Earthquakes drafted in the 2019 MLS Super Draft. 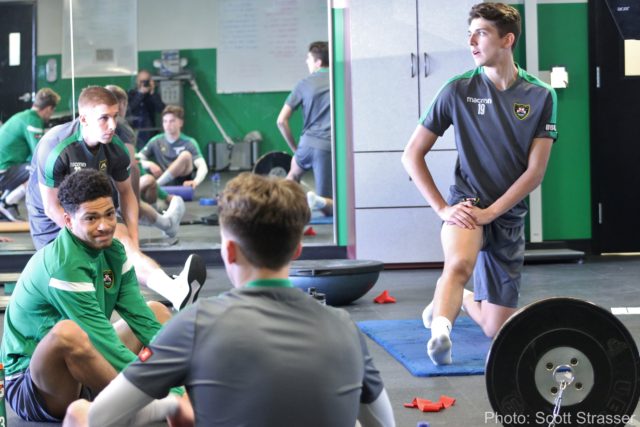 Foothills players train at the same time as Cavalry’s. While the pros are out on the pitch, the U23s are in the gym, and vice-versa. They also eat together before and after training sessions.

The only four players from Foothills’ 2018 roster who will return to the team this season include winger Tofarati Fakunle, who will be captain, Danny Hayfield, Willy Akio, and Kyle Jones.

“The transitional bit is now rebuilding the group, because so many players left,” said Hapgood. “Seeing how we fare this season, but at the same time, putting young players in, because I really want to have a young team, and build a young team – keeping it true to using it as a farm system for the CPL and other leagues. Cavalry in particular, because we obviously want our players to play for Cavalry.”

Tommy Wheeldon Jr., who coached the Foothills PDL team from their debut in 2015 to the championship in 2018, is, of course, the head coach and general manager of Cavalry FC.

It was his efforts during those four seasons that put Foothills FC on the map, according to Hapgood.

“He helped Foothills get noticed by building the teams he built,” he said. “He had different teams for the last five years, but he stayed consistent and won a lot along the way.

“He built something that people will remember, and obviously when you’re the champion, you’ll be remembered.” 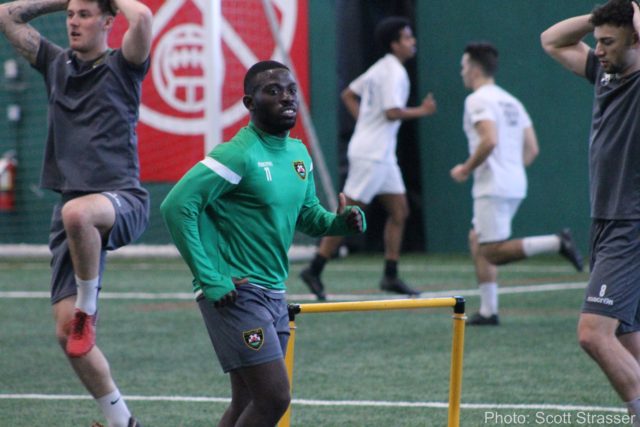 Tofarati Fakunle will be Foothills FC U23’s captain this year. The 1995-born winger, a Calgary native, is one of four players returning from last year’s roster.

New faces in the lineup

Keeping with the Foothills roots, about half of the players on the current 22-man roster are local recruits, according to Hapgood. He said the rest of the squad is bolstered with arrivals from various USPORTS teams across Canada.

“We have a few Cape Breton boys who have come in,” said Hapgood, who scouted the players during the 2018 USPORTS championships in Vancouver last November. “A couple of boys from St. FX and a couple boys from B.C. [as well], so we’ve brought in central from the outside. But we also have 10 to 12 players who are Calgary boys.”

Despite being together as a group for less than two weeks, Foothills have impressed during their preseason fixtures. The squad travelled to Spokane, Washington in mid-April, where they beat NCAA sides Whitworth University and Gonzaga University 3-0 and 2-0, respectively.

Foothills then took on Cavalry FC in a friendly match at Spruce Meadows on April 27, and only lost to the professionals by a goal to nil.

“It was close – we didn’t attack too much but we stayed defensively organized and kept the game tight for as long as possible,” said Hapgood.

The team will practice full time during the spring and summer, mirroring the Cavalry FC training regimen so that the professionals and the U23s are at the training ground at the same time. Hapgood said the CPL and USL2 players also eat together before and after training.

The opportunity also exists for Foothills players who impress at the USL2 level to make the jump up to Cavalry, Hapgood added.

“If they aspire to be on that team, and as Tommy looks at his team over the season and wants to make changes…there’s no better way than having them right in front of him every day,” he said.

Next up for the Foothills squad will be a friendly match in Saskatoon on May 4, as part of the inaugural Saskatchewan Summer Soccer Series.

The USL2 season officially kicks off for Foothills on May 17 against Seattle Sounders U23.

The pitch for home games is still to be determined, but Hapgood said a location should be announced by the club later this week. He added the long-term goal is to install an outdoor field outside of the Foothills Field House in southeast Calgary. 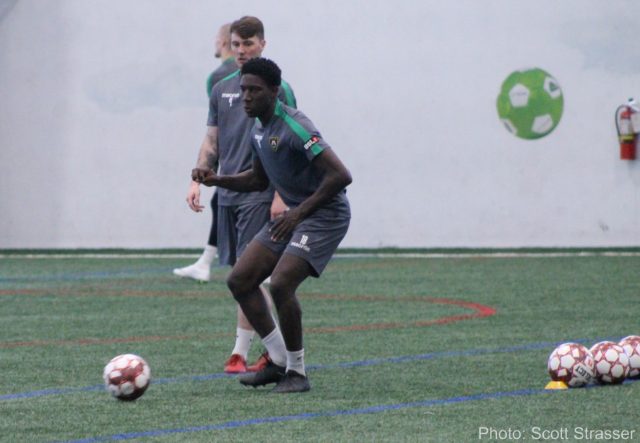 With more than a dozen players from last year’s squad being signed by either Cavalry or other pro clubs, the bulk of this year’s Foothills FC roster is new. While half the squad is local, other new additions come from various USPORTS programs, including Cape Breton University, St. FX and Trinity Western University.