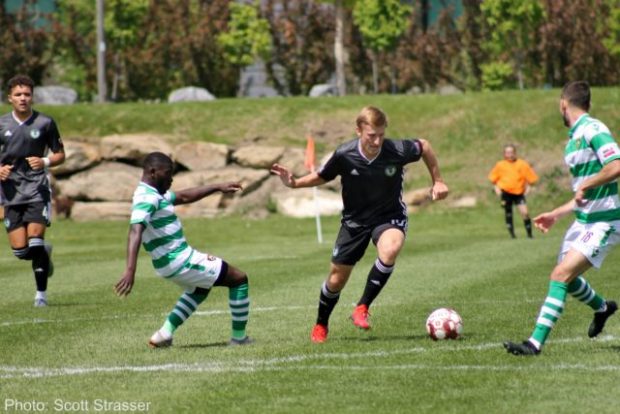 A weekend split with Seattle Sounders U23s on June 7 and 9 has kept Calgary Foothills FC sitting atop the Northwest Division standings of United Soccer League 2 (USL2).

With six games left in the regular season, Foothills boast a 4-2-2 record, putting them two points ahead of second-place Lane United, who have a game in hand.

Top of the table – it’s a spot Foothills have gotten used to, this season.

“We’re top, and we were top Week 1, Week 2, Week 3, and Week 4,” said head coach Leon Hapgood after the weekend series against Seattle. “But we know we’ve got to be better. I’m still waiting for a 90-minute game.”

After recording three wins and a draw in their first four matches, things have since slowed down for the defending PDL champions. Foothills have managed six points out of a possible 12 in their last four fixtures, which have come in back-to-back series against Portland Timbers U23s and the Sounders U23s.

“We’ve been playing well for 60, 70 minutes, but we’ve got to see games through,” Hapgood said. “Whether that’s players coming off the bench and giving us more energy [or] players staying mentally focused for 90 minutes.”

Playing their first game at Mount Royal University’s main field – the team’s new home pitch for the rest of 2019 – Foothills maintained their impressive run of form against the Sounders with a 2-1 victory on June 7. It marked the defending PDL champions’ 11th win against the MLS youth side throughout the last four seasons, according to a press release from the club. Foothills’ goals came from the usual suspects in captain Tofa Fakunle and forward Willy Akio. 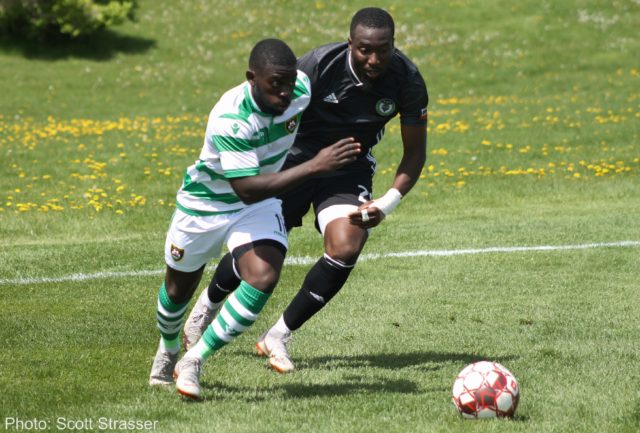 But two days later, the Sounders ended the Calgary side’s lengthy win streak against them with a 2-0 victory to record their second win of the season. The Sounders’ clean sheet also ended an unbeaten home record that Foothills had enjoyed since July 2015.

Hapgood said the first hour of the second match was one of his team’s best performances of the season, before the afternoon was spoiled by Sounders goals from a penalty and a direct free kick in the final half-hour.

“We had good control of the game for 60 minutes,” he said. “We gave away an awful goal from a penalty – we switched off from a goal kick. From then onwards, we lost our way. We made some subs, lost our way, and we chased the game a little bit.” 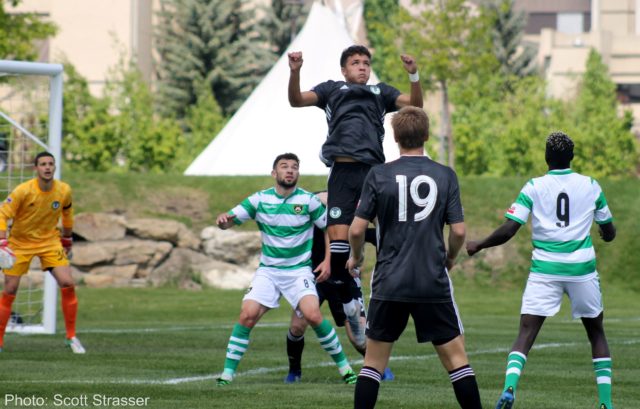 The Sounders’ win on June 9 ended Foothills’ 11-game winning streak against them.

Foothills controlled most of the possession and chances in the first half, switching the ball regularly from left to right and out-shooting the visitors 5-4.

The second half was a different story. Seattle looked dangerous after the restart, and earned a spot-kick in the 62nd minute when their speedy left-winger was tripped after cutting into Foothills’ 18-yard box. Pablo DeCastro stepped up to take it and calmly sent Foothills goalkeeper Ben Jackson the wrong way.

“We talked at halftime about staying calm and to keep doing what we were doing,” Hapgood said. “But we gave away a really poor goal, and some excitement came in and we lost a little bit of shape and composure.”

Things got worse for the hosts on 80 minutes, when a direct free kick was conceded just outside the box. De Castro took the kick, sending the ball through a gap in the Foothills wall and into the back of the net.

“Two goals from two moments,” Hapgood said. “They didn’t really create anything to hurt us, we didn’t create too much. 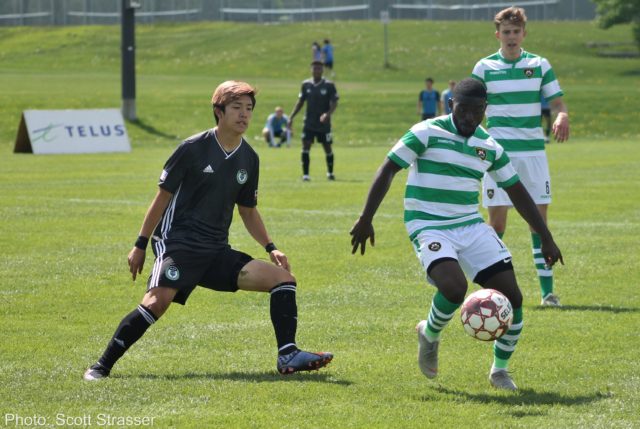 Foothills will now enjoy a weekend bye, before returning to the pitch June 21 and 23 to face the Victoria Highlanders.

Having played eight USL2 games in the space of three weeks, Foothills will now enjoy a weekend bye before returning to league action June 21 and 23, when they travel to Vancouver Island for a double-header against Victoria Highlanders. That will be followed by another away trip, to Eugene, Oregon, to take on Lane United.

The team won’t play again in Calgary until July 12 and 14, for another two-game tilt with the Highlanders.

With a weekend bye coming up, Hapgood said his players have earned a slight reprieve, having been training and competing full-time since preseason kicked off in mid-April.

“They’ve been going really hard since April 15, and we’ve been travelling a lot, as well,” he said. “We’re going to work on a few things this week and give them the weekend off to reflect and regroup.

“They’re a new team and a young team, and they’re human beings as well – they need to rest like everyone else.

“Hopefully, we can hit reset as we hit the second part of the season.” 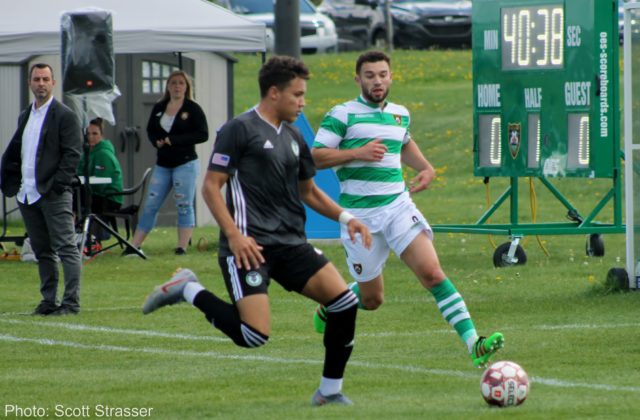