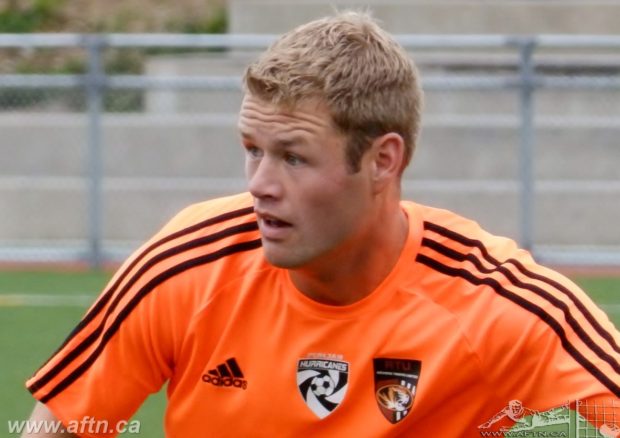 The USL Premier Development League (PDL) aims to be just that – a league for young players to continue to develop their game in a professional environment.

With the PDL taking place in the summer months, that often sees rosters filled to the brim with aspiring college talent in what is primarily an Under-23 league. But teams are allowed a maximum of eight overage players on their 28-man roster and that’s a mechanism that a number of clubs use to bring in some experience to guide their young charges.

Victoria Highlanders have had Blair Sturrock fill that role for a number of seasons and this offseason Calgary Foothills added 33-year-old Canadian international Nik Ledgerwood to their ranks for the 2018 season, taking on the role of club captain and academy coach.

That experienced head was something that was missing from TSS Rovers in their inaugural season, with Colin Elmes and Will Cromack choosing to fill their roster with up and coming prospects instead. As great as that was to see, you did feel that having that older pro that had been there and done that would certainly have helped some members of the squad during a very testing first season.

Keen to remedy that this season, TSS Rovers have added such a person for the upcoming campaign, and it’s be a name that will be familiar to many in Canadian soccer, former Toronto FC striker Nick Soolsma. 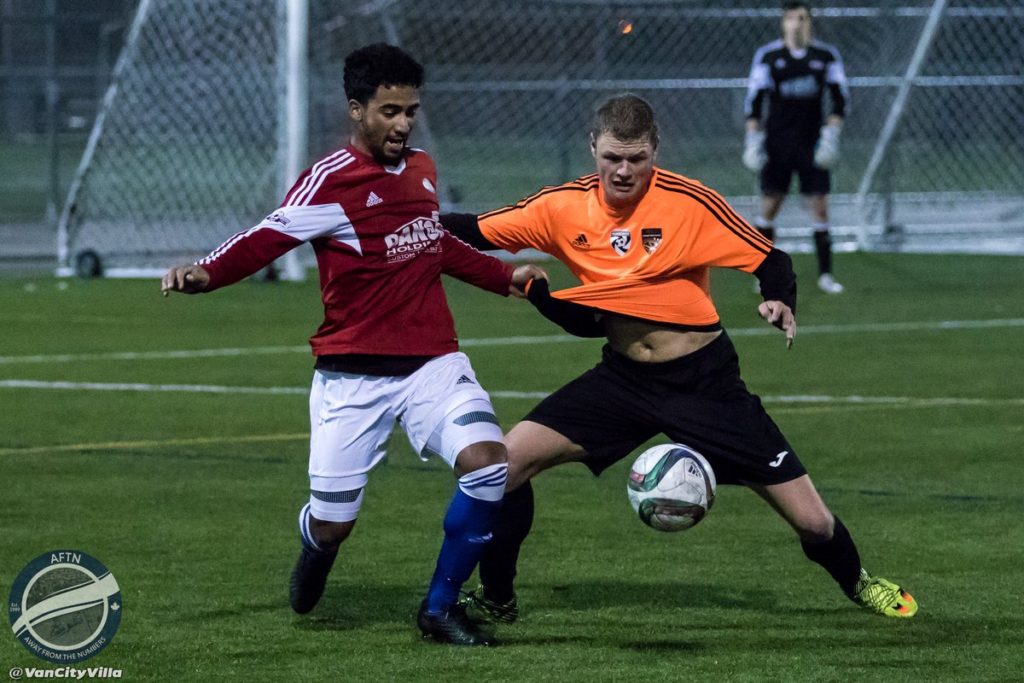 Soolsma comes to TSS in a player/coach capacity for the 2018 season and the 30-year-old Dutchman brings with him experience of playing the game in Canada, the Netherlands, and Australia.

His career began in the youth ranks of Dutch side FC Volendam, playing up to their Under-19 side. He then played seven league games for HFC Haarlem in the Eerste Divisie (the Dutch second tier) during the 2007-08 season before moving down to play for Dutch lower leagues sides FC Chabab and VV young Boys.

Soolsma then went on trial with Toronto FC in January 2011, signing a deal a few weeks later and making his league debut in Vancouver Whitecaps’ historic 4-2 victory over TFC at Empire Field to kick off the ‘Caps MLS era.

He went on to make 47 appearances for TFC across MLS, the Canadian Championship, and the CONCACAF Champions League, scoring four goals and contributing 10 assists before being released in the summer of July 2012. His first MLS goal came against the ‘Caps at BMO Field in June 2011 and he won the 2011 and 2012 Voyageurs Cup with TFC.

Soolsma returned to the Netherlands, signing a one year deal with Eerste Divisie side S.B.V. Excelsior before heading to Australia to play for South Melbourne FC in the Victorian Premier Division.

Returning to Canada, Soolsma has spent the past couple of years in BC, playing his football with 2017-18 VMSL champions BCT Rovers Tigers United, where he has scored 42 goals over the past two seasons. This season saw him take on a player/coach role with the club and he has been the Assistant Technical Director with Langley United Soccer Association since September 2016.

So how did the signing come about?

“I went out to see some players, not him, in a VMSL game,” TSS Rovers head coach told AFTN. “I was aware of him as player coach of Rovers Tigers and expected to have him be the best player on the field because of his pedigree. Not only was this the case but at the young age of 30 he outworked every player on the field.

“He could have expended two thirds the energy and likely still been the best player, but his work rate was phenomenal. He also managed to score twice and threaten the goal on numerous occasions. Then the light bulb went on for me. We started a discussion, found out he was on his way to getting citizenship, and it really went from there.” 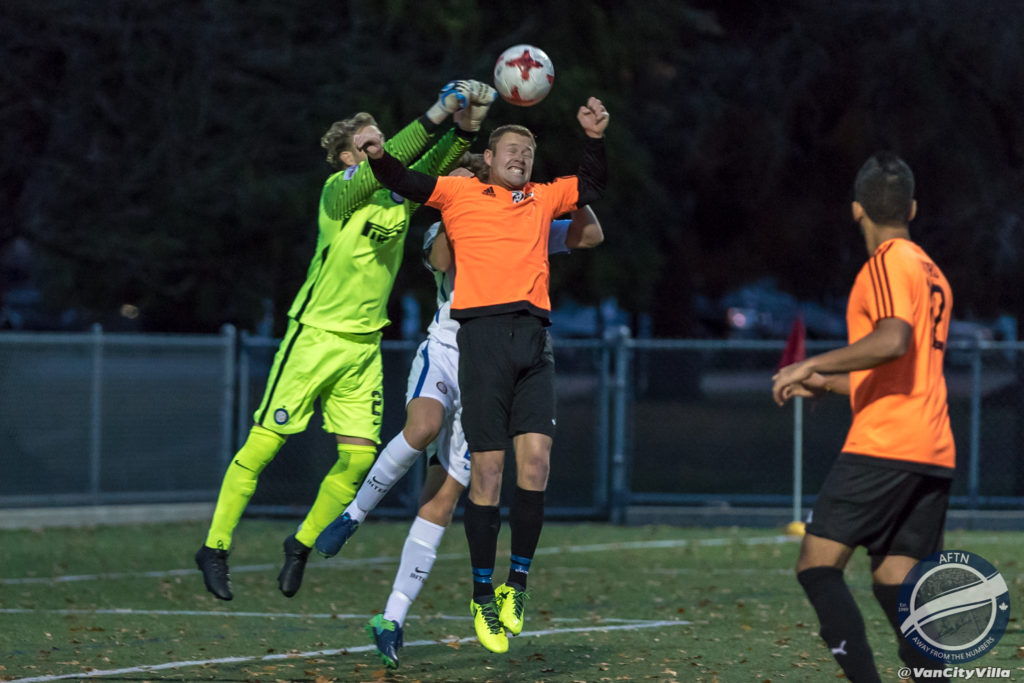 His addition will no doubt raise a few eyebrows, partly due to his age and partly due to him being Dutch, but he is a long time Canadian Permanent Resident, which is one of the qualifying criteria to be part of the TSS squad and will soon be a Canadian citizen.

Soolsma’s experience will be invaluable to this young TSS team and having watched him numerous times these past couple of seasons in the VMSL, it’s clear that he also has a lot left in the tank.

Soolsma has had a number of chats with clubs in Canada, the US, and overseas the last couple of years, about returning to the pro ranks, including the Whitecaps, but he’s been happy with his family life in BC and the coaching and playing opportunities that have been provided to him here.

But a return to the pro game is not something he’s ruled out and with the Canadian Premier League on the horizon, that may just provide the ideal opportunity for him to do just that and stay local, all of which was part of the discussion in regards to bringing him into the TSS set-up.

“He still has the desire to play high level football,” Elmes told us. “Also, with his coaching career well underway, and his experience in the professional game, it all started to make sense to have him come on as player/coach with our group.

“He will be leading the line with his experience and will be there to help pull things together on the field when performance drops. Very excited to have him on board with our young squad. I know he can’t wait to get the season underway.

Soolsma becomes the 25th member of the TSS roster for this season and joining him is number 26, Nike Azuma. The Whitecaps Residency alumni and current Junior at Columbia University Lions in New York, is a North Vancouver native who can play in defence and as a defensive midfielder and has played for the Canadian national team at youth level.

If you haven’t already got your season tickets to see Soolsma, Azuma, and the others play, what are you waiting for?! Eight matches (seven league and one friendly) for only $70 for adults and $49 for children, it’s the best value soccer you’ll find in the lower mainland. Get them HERE and if you can’t make it along to every match, the club have a donate a ticket scheme where you can help someone who can’t afford a ticket make it out to a game.

Also check back on AFTN tomorrow as we chat with Soolsma about joining TSS, his coaching career, his hopes for the future, and memories of his time at TFC.