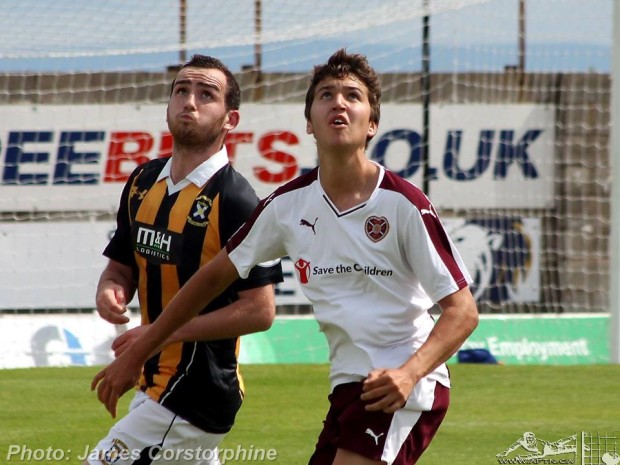 As we revealed in February, Vancouver Whitecaps U18 player Dario Zanatta decided to leave the ‘Caps Residency program to explore opportunities in Europe.

After a couple of training stints with IFK Goteborg in Sweden, QPR and Ipswich Town in England and Dundee in Scotland in recent months, Zanatta is set to sign a two year deal with Scottish Premiership side Hearts this week and will become part of their U20 team in the SPFL Development League.

Zanatta was a sub for the Edinburgh side in last Monday’s 5-1 friendly defeat at Stenhousemuir and showed glimpses of what he can hopefully offer the team. 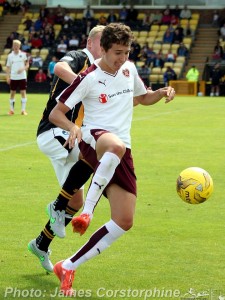 They were enough to get him his first start, again listed as a trialist, against my club East Fife on Saturday. Hearts naturally went down to a 2-1 defeat to the Methil Milan but Zanatta again showed well and set up the Hearts goal.

The official signing should be announced sometime this week.

It’s a great opportunity for the 18-year-old.

Hearts youth set-up has long been admired in Scotland and has produced a number of first team players (for both the Jambos and elsewhere) in recent seasons, including the team that walked away with the Scottish Championship title.

That said, it is currently a side in transition and they’ve had two dire seasons, finishing third bottom of the 17 teams in the league for 2014/15, which admittedly was an improvement to their last placed finish the season before.

It’s been a struggle of late partly as a result of the success in promoting players to the first team. They’re now in a rebuilding process and Zanatta has a chance to be a part of that. In many regards, there’s less pressure on a young player coming into a struggling set-up.

Another aspect of Hearts development plan is that players are loaned out to lower league clubs to get vital competitive experience. That could be for a month, half a season or a season-long loan. East Fife have benefitted from Hearts loanees on many occasions over the years and we’d be delighted to have Zanatta come and join us!

And it should also be noted that unlike in MLS, if Zanatta impresses and excels the opportunity is always there to try him out in the first team environment at any time, in any competition.

So all in all, an excellent move and opportunity for Zanatta.

On the other side of the coin, however, it’s not all fantastic for the Whitecaps.

Not only did they lose a key player for the U18 season run-in, and one that could have seen them go deeper in the playoffs, they have now lost him as a Whitecap altogether.

Under MLS rules, once a Residency player decides to leave the club and the academy program, the Whitecaps no longer have any rights over that player in North America unless they have made him a bona fide offer that the player has turned down.

What that means is that if things didn’t work out in Europe and Zanatta decides to head back to Canada, whether that be in a month, six months, a year or five years, he is free to join any club, in any league.

If the Whitecaps really wanted him to come back to Vancouver then the only option open to them is to put him as one of the five players on their discovery list, but any other club can also add him to theirs.

“That’s the challenge when you’re building a system like ours,” Whitecaps COO Rachel Lewis told reporters at a club executive media roundtable on Monday. “We want to work with kids that we know want to be here and believe in the philosophy.” 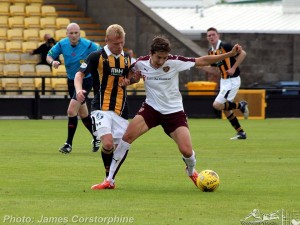 Then we come to compensation. They’re not going to get a penny for his move to Hearts. Whether they will get a cut of any future sell-on fee is unknown right now.

Despite Zanatta joining the Whitecaps Residency program in September 2011 as a 14-year-old, and the club spending a considerable amount of money on his development, the move to Scotland from the ‘Caps falls within that grey area of football that many lower league clubs in the UK often lose out on when the bigger teams nab their prospects.

In the ‘Caps case it is slightly different. They are due a fee but they have chosen not to pursue that in fairness to the player and his future.

“We’re entitled to [a fee],” Whitecaps President Bobby Lenarduzzi told us at that same roundtable. “In his case, given that we’ve just established the MOU, that wasn’t part of our discussions with parents of the kids.

“I can tell you that we would probably have hindered his chances of going to Hearts by asking for the money. So we decided to forego that and he’s free to do as he pleases.

“We could have asked for the money, but we didn’t want to stop his development process, because Hearts, we were told, weren’t going to look at him if they had to pay a development fee.”

It’s good to see the ‘Caps do that and not stand in Zanatta’s way and his opportunity. It is, however, a pretty hard pill to swallow to lose one of your top prospects altogether.

To try and prevent such situations happening again, the ‘Caps have introduced a Memorandum Of Understanding for the Residency parents to sign. That is the MOU Lenarduzzi is referring to above.

The MOU covers many aspects including the recouping of development money for future moves and the promise to set up overseas opportunities and expose the players to scouts elsewhere, along with guaranteed competitive games. If a parent doesn’t want to sign the MOU then their son will no longer be a part of the Residency program.

We’ll look at the ins and outs of such a MOU another time, but in relation to the Zanatta move, it means that if such a scenario played out again, the ‘Caps won’t likely be so understanding about losing out financially.

“Now that we’ve established the MOU,” Lenarduzzi added. “It’s clear that if a player leaves the program then we will be looking for the development fee.”

But coming back to Dario Zanatta to wrap this piece up, we’ll keep you posted on his progress over the months to come and hopefully line another chat up with him soon.

For now, we wish him all the very best and hope he can make a name for himself as a Canadian footballer in Scotland that the likes of Jason de Vos, Nick Dasovic and Davide Xausa, amongst others, have done in the past.

**********
[*** We’d also like to thank our good friend, and East Fife FC official photographer, Jim Corstorphine for snapping some photos of Dario on Saturday. Check out all of Jim’s photos on the East Fife website HERE. And of course we recommend checking out the East Fife website anyway and adopting them as your Scottish team!! ***]
104
Tags: bobby lenarduzzi, RESIDENCY, Transfers, Vancouver Whitecaps, youth, residency alumni, Dario Zanatta, Hearts