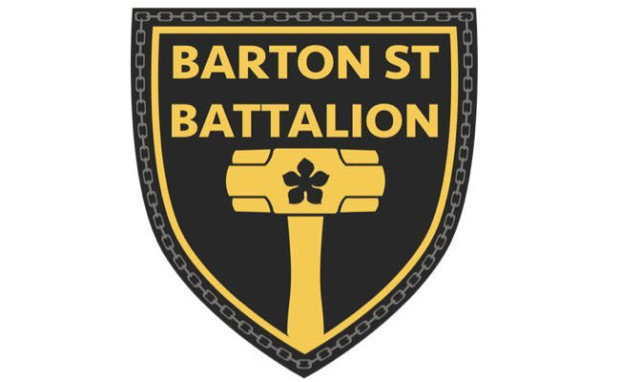 Everywhere you look, local culture is being smoothed out or co-opted. Bruce Cockburn wrote Silver Wheels in 1976 and even then the writing was on the wall for local character. Starting on the far flung fringes of every town in Canada, franchises started popping up as large swathes of farmland along arterial highways became more lucrative as commercial land.

It’s almost predictable enough that, as you enter into the towns and cities of Canada by road, you can safely assume that if there is a Chevron next to a Ford dealership, you merely need to drive another minute, past the Home Depot and you’ll find a sandwich at Subway and a coffee at Tim Horton’s. In Chilliwack and Prince George and Red Deer and Edmonton and Lloydminster and Brandon and Thunder Bay and Orillia…and Hamilton.

In fact so pervasive is the franchise landscape that, back in 2011 when the Canucks made it to the Stanley Cup finals against the Boston Bruins, BC-based Boston Pizza changed its name to “Vancouver Pizza” for a couple of weeks. The nod to local culture was funny and a little disorienting. And a bit sad. They changed the name right back after the riots. One doesn’t want to stay TOO associated with a brand as troublesome and messy as an actual community.

The purpose of communities is belonging. Without belonging we are all just living in a faux village crafted by developers who manage to pass off 500 square foot condos as “homes” and blocks of glass towers as “a neighbourhood.” It is up to the people living there to make these places communities. Communities are not made in boardrooms or architectural offices or branding strategy rooms, sketched out on white boards, plastered with post-it notes, with a half finished Lego sculpture sitting in the middle of a table.

Communities are made in the interactions of people who don’t know each other, coming together to make things better, more interesting, more beautiful, more worth staying around for. Belonging defeats the transient and self-interested nature of a people that move from one place to another, chasing an affordability dream, trying not to lose their equity in the legal morass of strata squabbles and maintenance fees. To feel belonging you have to stay somewhere for a while. You have to come to know a place and it has to come to know you. You need to have somewhere where, as the Cheers song says, “everybody knows your name.”

And when you belong, you start to feel a little bit invested in what is happening. You feel proud of the people and the place in which you live. You feel proud to call yourself a “citizen”, not merely a tax payer. You transcend the transactional relationship between your life and a tax roll and you start taking pride in your place. And anyone playing their heart out for a team that has your city’s name on their chest becomes one of you.

It’s easy in this culture to take the cynical view, to look askance at what is happening and find a million reasons why it won’t work. It’s easy to asschip and shitlark at people who are trying to do something different, trying to put their hearts on their sleeves and their money where their mouth is and create something. A detached view in a consumer culture is a mark of sophistication. It tells the world you are discerning and that you have an eye for impeccable quality and uncompromising standards. And while that is fine when you are searching out a new blender or a table saw, when you start applying it to a community-building effort you come off as a bit of an asshole.

Cynicism is a guard against heartbreak. It stops the heart from getting too involved because the pain of being betrayed or let down is too much to accept. But if you carry cynicism into your relationship with a place, you will find that you never belong. Belonging means accepting something warts and all, and celebrating it anyway.

Why this long meditation? Because at it’s heart, this is what supporters groups in football are all about. They are about a staunch denial that their pride of place can be co-opted and sold back to them. They are about an un-selfconscious celebration of roots and residency. They are about taking a stand for where you live and making it better. And who can deny that the yellow wall in Dortmund or the Kop in Liverpool or the green clad Rider Nation of Saskatchewan don’t create a kind of envy and character in places that are smoothed over by sameness?

This past week there was an uptick in the chatter about the establishment of a new Premier League for Canadian soccer, and with it came thousands of written and spoken words of hope and scepticism. If I was to characterize the way my twitter and podcast feed streamed by, I would say that most of those who care were cautiously pessimistic. They fretted and frowned about how to make it work, how they would do it, what pitfalls and mistakes were bound to occur and the myriad ways in which it would fail. Everyone suddenly became an expert on structures, schedules, impact, TV deals and how not to screw it up. The speculation was rampant and fun and positioned everyone as an expert despite not having any skin in the game.

And then suddenly the weakest of signals from a little black and gold branded group of supporters in Hamilton, Ontario called the Barton St. Battalion. They are named for a gritty road near the football stadium in a city known for it’s gritty edges and steel. This small group of supporters, many of them long time Voyageurs and TFC season ticket holders caught a whiff of something local and when the stories broke this week about a new league they were the first ones to talk about what it would really mean. 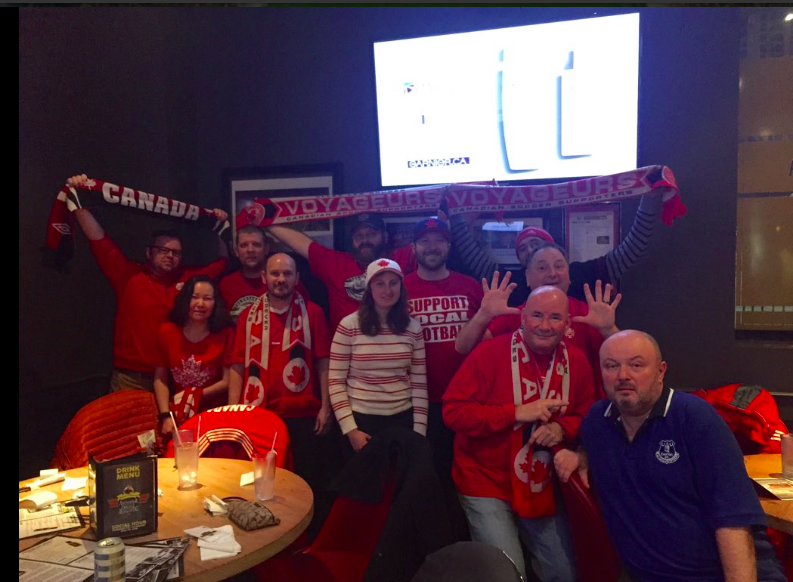 Local support is local culture and local culture cannot be grown from the top down. The very fact that Hamilton has the Barton St. Battalion – a supporters’ group awaiting their team – tells you everything you need to know about how successful a Hamilton team will be in the CPL. They bring in the community in a way that no owner or investment group can.

James Hutton and his friends in Hamilton can sense the time. They want their team. They want a local expression of Hamilton to take pride of place in the soccer world again, as they did in the successful years during the 1980s and 1990s heyday of the Canadian Soccer League. They want it because it adds something to being a Hamiltonian, and it gives their town another form of expression for why being from Hamilton matters.

The holy grail for sports team owners is belonging and it’s the one ingredient over which they have no control. Generated from a strategic plan, the closest you can get is brand loyalty. Generated from the people who live and die in their places, you get true belonging. It is born in the pubs and gathering places like Hamilton’s Anchor Bar, where the Battalion will gather on Saturday to discuss their future.

It is the one essential asset that team owners need in order to be sustainable. It is the one thing that will ensure that a team is supported by the citizens of it’s city over the long term. Free shirts, free tickets and good PR from an ownership group can never generate or imitate it. The songs, the love, the colour and the character are owned solely by the citizens. Any wise franchise owner in Hamilton would do well to pay attention to the Battalion.

When Gershon Koffie left our city for New England last week he said that “Vancouver has a room in my heart and it owns the key.” In Hamilton, as in Vancouver and every other city, the door to that room has supporters’ groups logos on it and the key is in our pocket. I wish the Battalion luck. I wish the CPL luck. And I fervently hope that everyone who is prepared to invest money realizes where the magic lies and finds the doorway to those who would invest their hearts.