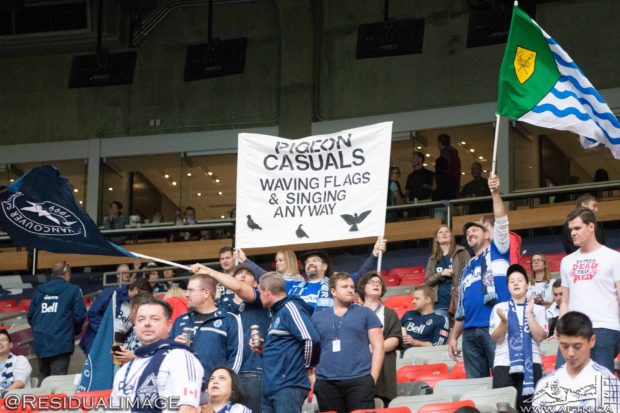 Up in the Pigeon Loft we have a bit of a different take on the ins and outs of the roster. We often have a completely irrational method for loving a player. It could be one tackle (Reo-Coker) or a brilliant goal or a celebration stunt (Hassli), a kind word our way (Earnshaw) or a courageous battle with depression (O’Brien). We sometimes weigh a player’s worth against his overall abilities, but one of the ridiculous privileges of being a supporter is that nothing you do or say needs to make sense.

With that, here is a completely arbitrary ranking of the players that are dear to us in the Southside and those that we’re happy never to sing for again.

THE TOP THREE: LEGENDS FOR ALL TIME

Harvey All The Time: Our Player of the Year for lots of good reasons. He has two chants for him (“He scores when he wants” is a rarely sung, but lusty cheer). He now has a fabulous new banner in the Southside and that should be a good enough reason to keep him for next year because that takes a bunch of work, and it would be a shame to have it for so short a time. Harvey always comes over to the Southside after the match to acknowledge us and say hi. We love him.

Ousted for the win: Just the other week, David Ousted gave us the immortal phrase “Fight on a fucking Saturday.” That will go down in history as a motto for all of us who stand and sing and expect our players to show at least as much energy as we try to. Ousted is pure class and he loves us. He always comes by before and after the match, poses for selfies, and this season even gave boots to Kris and Tommo, the only two Southsiders on tour who showed up in DC on a cold spring afternoon to watch the Whitecaps play like utter shit.

The Viking Marius Røvde: Not a player but easily in the top three in our hearts. He is close to the supporters and gave us “The Marius”, a chant and a dance reserved for special occasions that often gets performed at the end of the march. Marius is always happy to appear on fan podcasts and he engages all the time on Twitter, and he is a straight shooter. I can’t wait for his exit interview. He is leaving the Whitecaps after five years as the keeper coach, and we’ll miss him dearly. The black bears of Coquitlam however will feel safer with Marius no longer in the neighbourhood. We wish him the best. 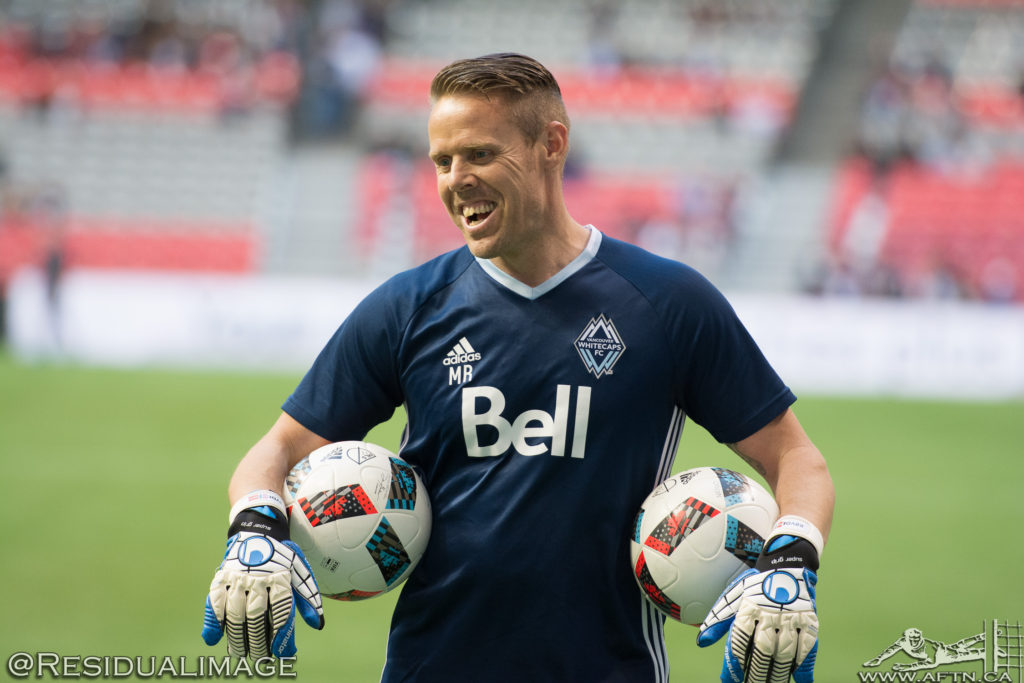 MORE THAN HONOURABLE MENTION: ESSENTIAL MUSES FOR OUR SONGBOOK

Paolo Tornaghi: Because, opera. And because he’s a man of impeccable character, waiting in the wings and performing at the highest quality in every way that he is asked.

David Edgar: Because we like shouters on the back line and his goal for Canada against El Salvador in front of us while playing centre forward was probably the most Canadian thing we saw all year at BC Place.

15 year old Alphonso Davies: The only Cap this year worth standing up for for every minute he’s on the pitch. No matter where you sit. His energy revives a flagging Southside. He is captivating and unpredictable and he’s a bingo in his own right.

Brett Levis: A favourite at WFC2 and the love for him followed him to BC Place. His debut against Portland was one more feather in Alan Koch’s cap. The WFC2 guys have brought a whole different look to the big club when they appeared this year.

Christian Bolaños: No one ever says anything bad about him in the Loft.

Fraser Aird: I’m not sure he’ll be back. I liked him from the second game on, but his first two appearances left a bad taste in the mouths of some supporters. He’s a different kind of full back than Beitashour was, and although we leaked goals this year, I thought Aird was a dangerous piece of equipment. I reckon he’ll head off back to Scotland and if he does I wish him luck.

Kyle Greig: Is on fire and your defence is terrified! Nuff said.

Kekuta Manneh: Tough season but the Sounder killer will have to do a lot to ever lose our love. Anyone who scores an away hat trick in Seattle and then scores the winning goal to capture the Cascadia Cup 5 will get a lot of latitude from us. 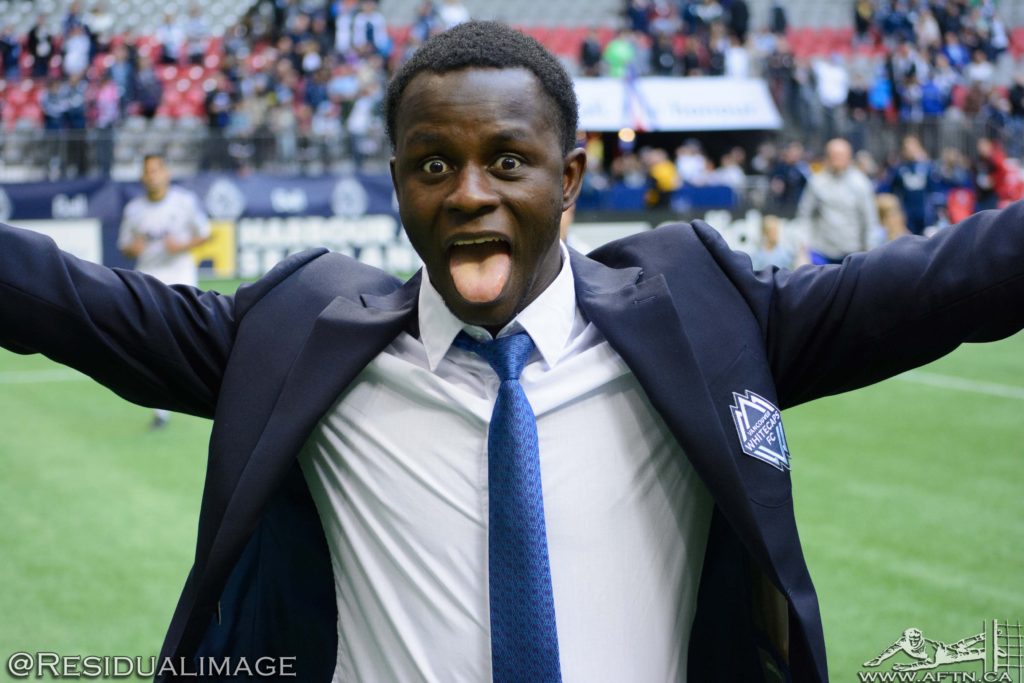 YEAH, WE SEE YOU OUT THERE

Pa Modou-Kah: Who could not love Kah? The only footballer in the world ever to receive a national trophy on a hoverboard. He will be missed because we loved invoking William Shatner every time he was introduced at BC Place. Kaaaaaaaaaahhhhhhhhh! It was a sound often heard during the match as well.

Masato Kudo: Domo Arigato, Mr. Masato. Took one for the team. Gets a year of grace to steady his game.

Andrew Jacobson: Never complained, never put a wrong foot forward. I feel like we don’t really know him much, but who can complain about a workhorse like Jacobson?

Matias Laba: Mati had an off year. He became a dad, missed training camp, got screwed over by DisCo, but seemed to come on a bit better late in the year. I still love the way he hunts midfielders in possession, shrugging up his shoulders and then diving in for a tackle. I want him back, and I want the 2015 version. The Laba Life banner stays.

Christian Techera: Bicho Bicho man…I want to be a Bicho man. I’d also like to see a little more from him next year, no pun intended.

Russell Teibert: Didn’t seem to be the same after Gersh left, and who could blame him.

Eric Hurtado: Oh boy does that guy not quit. He doesn’t always finish either, though.

Giles Barnes: Really? You pull a performance like that out of your ass on the last day of the season to win us some silverware? Geez.

Kendall Waston: Where’d you go buddy? Last year he had the best tweets and lots of pictures of his mini Hulk. His wife Priscilla is an outstanding friend of supporters, and she never holds back from saying what she thinks. The only player I felt sad for this year. He looked like he was playing depressed, confused by refs and suspensions early on, and short tempered later in the season. The Voyageurs Cup Final loss was a straight piece of steel right through our hearts and he was right at the centre of that tragedy. Take the winter off pal, and get back at it. 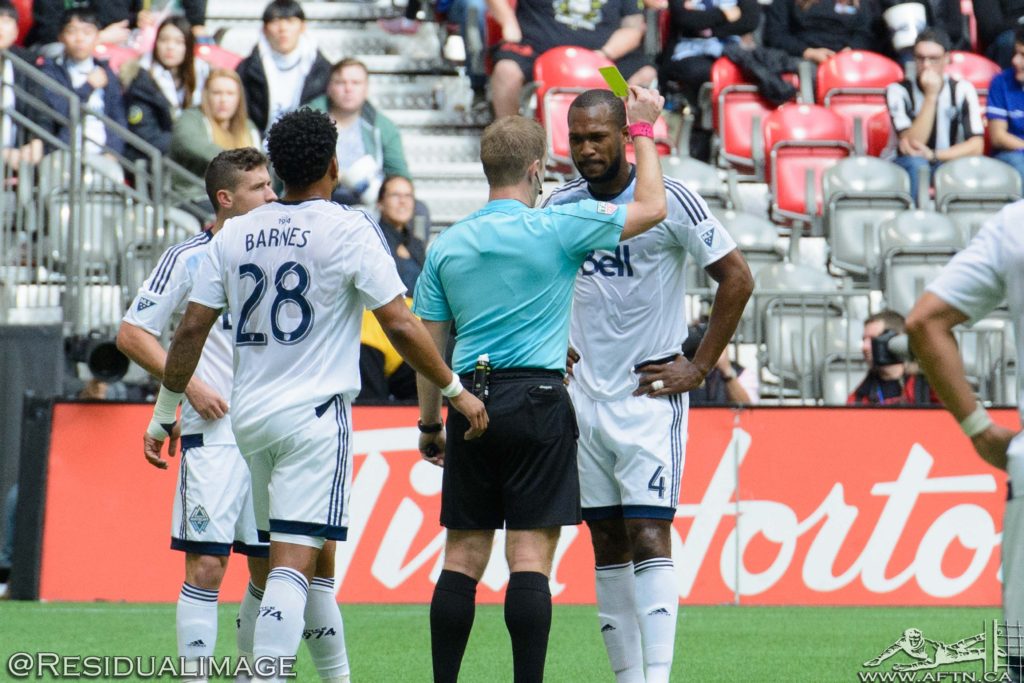 Jordan Smith: The experiment is over. When Darren Mattocks left, I thought the seat in front of me would be spared a season of damage but Jordan Smith ensured that it got kicked, bashed and beaten on a regular basis.

Blas Perez: Really, Blas you’re a beast, but you were never really our beast. We’ll always have this though… 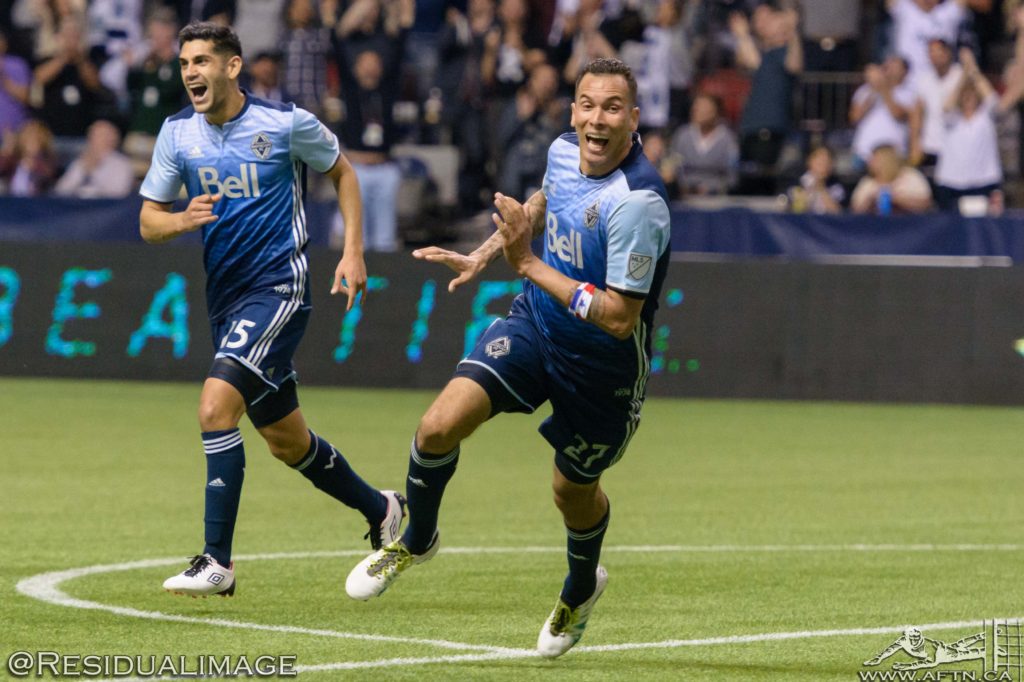