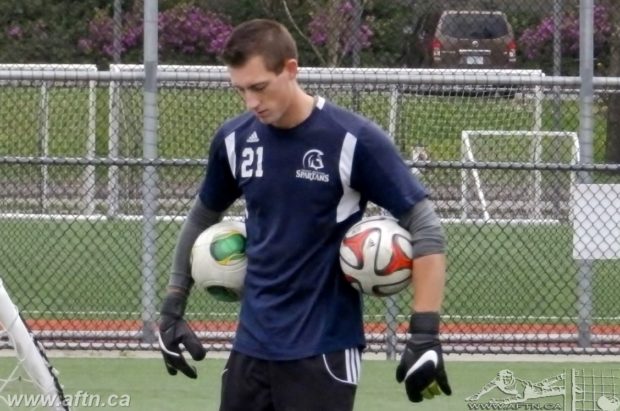 The 6’2″ stopper heads for his first experience of PDL play after a strong CIS season with the Spartans that saw Hicks record four shutouts in his 16 appearances, conceding 21 goals on the way to nine victories and a bronze medal in Canada West play.

It was Hicks’ best season with the Spartans and came in his senior year.

Hicks headed to TWU in the fall of 2012, vying with Evan Lowther for starting minutes in his first three seasons, before making the goalkeeper’s jersey his own in 2015 and not missing a minute after that.

Hicks ends his time at TWU with a career record of 42 games played, conceding 64 goals for a goals against average of 1.52. He recorded 11 clean sheets, winning 19 games and making 138 saves.

His best performance for the Spartans arguably came outwith the CIS season in the 2015 Spring Keg Cup in Victoria in 2015, where Hicks saved three penalties in a semi-final shootout win over UVic Vikes.

“There is an element of luck to it, I guess,” Hicks told reporters after the match. “You just have to read the players as best you can and you almost have to pray they kick it right at you. I’m very grateful. Obviously it’s not going to happen all the time, but I do what I can to help the team win.”

Let’s hope we can see some of that in Rovers colours this season. 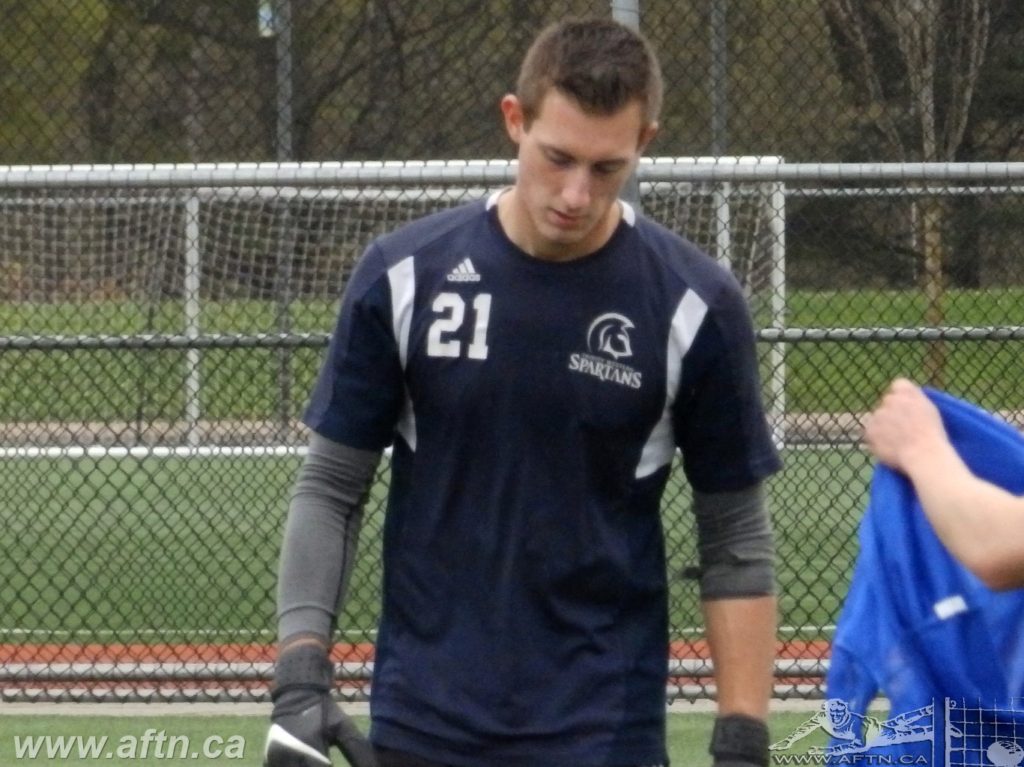 Goalkeeping clearly runs in the Hicks family blood, with brother David between the sticks with the University of Fraser Valley Cascades. Andrew is the older brother by two years and the two faced off against each other last year in what David described as a “special moment”, with Andrew grabbing the clean sheet in a 2-0 win.

“I’ve watched him since I was young, so it’s nice to play against him at the highest level,” David Hicks said after the game. “I’ll probably look back on it and have fonder memories, but right now, it’s kind of hard to take in.”

Away from the Spartans, Andrew Hicks played his weekend VMSL football with Surrey United, reaching the 2015 U21 Provincial Cup final, losing on penalties to West Van. He’s currently with Langley United in the FVSL and played in Saturday’s Provincial Cup win at VISL Champions Cowichan, keeping a clean sheet in the 1-0 win. He’s split his time between the sticks this season with Colton Keam, recording four clean sheets for the FVSL runners-up.

Hicks is currently an assistant coach with Surrey United SC in the BCSPL, with the U13 and U15 Boys teams.

You can see Andrew and the rest of the TSS Rovers squad at Swangard Stadium this summer. The Rovers home opener is on Friday May 12th against Lane United. Season tickets cost only $70 for seven PDL matches and a marquee friendly. If you haven’t got yours already, then click HERE to get your season or individual tickets. #SupportLocalSoccer