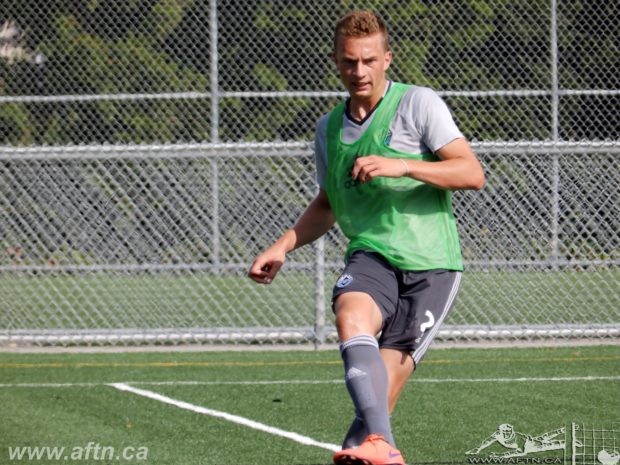 One of the great things about the TSS Rovers squad for this coming PDL season is the familiarity and existing chemistry so many of the players have together. Many of them have played their youth football together for years, whether through the Whitecaps Residency program, the BCSPL, or at college. Sometimes a combination of all three.

Centre back Brendan Skinner is perhaps a new face on the Rovers roster this season, but he already knows a number of his new teammates very well.

Skinner’s youth career saw him play for Guildford Athletic Club then Surrey United, winning a slew of league titles and cups with both. His play there also saw him involved in the Whitecaps Prospects program, eventually joining the Pre-Residency in 2013. Skinner made 20 appearances for the ‘Caps U16s in 2015/16, tallying 2 goals, and 22 for the U18’s in 2016/17, graduating from the program that summer.

Skinner headed to college and the NCAA Big East Conference, signing with the Marquette University Golden Eagles in Milwaukee, making 16 appearances, all of them starts, during his rookie season, scoring two goals and playing a team-leading 1508 minutes.

He’ll have a new place to call home this fall, however, after transferring to Western Michigan University Broncos this winter in the Mid American Conference.

Before that though, he has his first PDL season ahead of him.

Fellow Rovers Chris Guerreiro, Connor Glennon, Patrick Metcalfe, and Victory Shumbusho were all his teammates on that U18 team, and TSS head coach Colin Elmes will be hoping they can quickly rekindle that chemistry on the pitch for TSS. 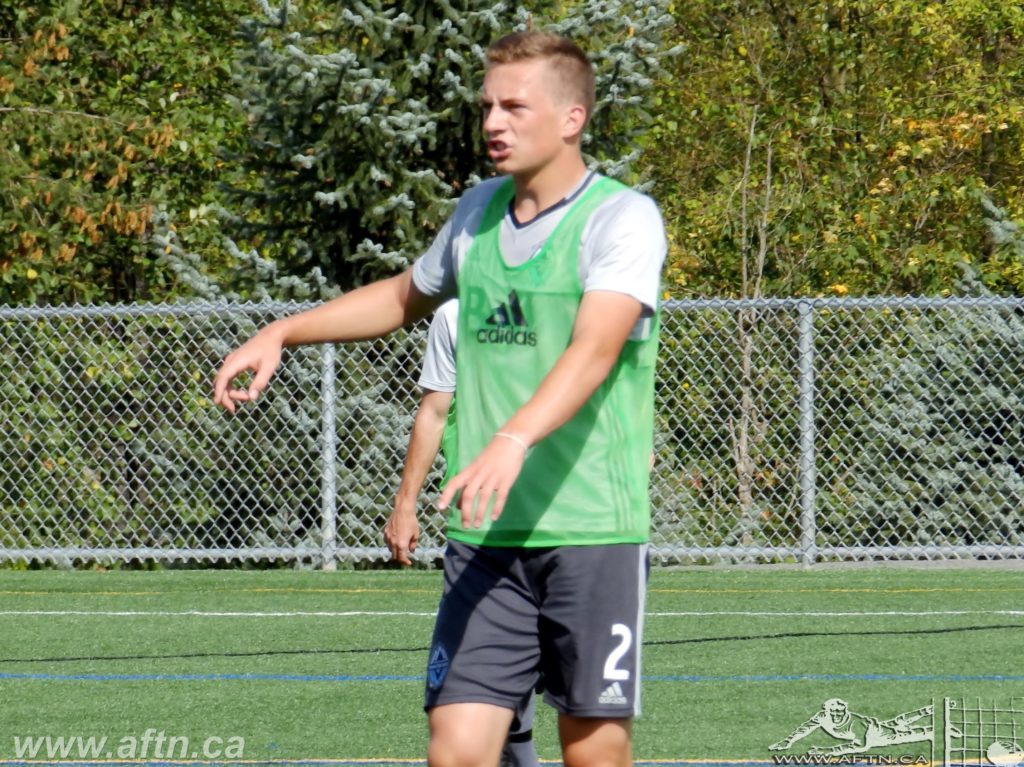 Elmes has already been impressed with the maturity of Skinner during their chats and is looking forward to working with the defender this summer and the much needed strength he’ll add to the Rovers defence.

“Willie and I spoke to Brendan on the phone when we first touched base,” Elmes told AFTN. “He might be the oldest 19-year-old I’ve ever spoken to from a footballing perspective. The conversation was pure adult, and I’m not discounting the other conversations because they were good ones, but this guy was polished and said all the right things.

“We had a pretty thin kind of troop last year on the backline, with all our injuries and stuff. This fellow has played, and he’s a young player again, but he’s played at a high level and he’s fought like crazy to maintain himself in those situations, so we’re looking forward to him.”

Skinner has been involved in the Canadian national team set-up at U15 and U16 level, and is a proven leader. He’s worn the armband for the ‘Caps and was previously a captain of the BC Provincial team.

At 6’4”, Elmes is hoping he’ll add some height, skill, and calmness to his young backline.

“He’s a big boy,” Elmes added. “And another player we’ve been told is comfortable on the ground. That’s another important thing for us. Can’t wait to get him in town and get him rolling in our environment.”

If you haven’t already got your season tickets to see Brendan and the others play, what are you waiting for?! Eight matches (seven league and one friendly) for only $70 for adults and $49 for children, it’s the best value soccer you’ll find in the lower mainland. Get them HERE and if you can’t make it along to every match, the club have a donate a ticket scheme where you can help someone who can’t afford a ticket make it out to a game.