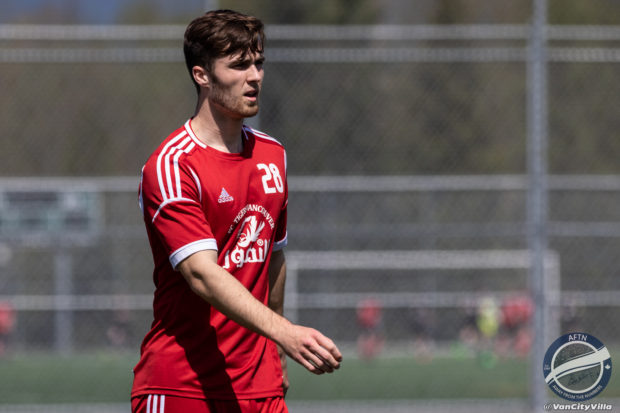 Erik Edwardson may not be a name familiar to many as he gets set for his first PDL season with TSS Rovers, but that should soon change as soon as he steps foot on the pitch at Swangard this summer.

The 21-year-old forward has definitely got the skillset to be a difference maker for the team this year. Edwardson has scored goals at every level he’s played at – whether that’s been with Fusion FC in the BC Soccer Premier League or the University of Portland Pilots in the NCAA, where he’s spent the past four years.

Edwardson has just wrapped up his fourth and final college season, and the last couple of weeks have seen him play on the wing for VMSL side Rino’s Tigers, building up some on-pitch chemistry with some of his new Rovers teammates and helping Rino’s win their first Imperial Cup and advance in last weekend’s first round of the Provincial Cup.

Again, he’s brought the goals, and that exactly what TSS Rovers are hoping he’ll do for them this summer in the PDL.

“Erik Edwardson has come very highly recommended,” TSS’ Will Cromack told AFTN. “An esteemed career, if you will, with Portland Pilots, along with playing with the other Eric [De Graaf]. He’s hungry. Guys like Mark Rogers really recommend him and helped mentor him over time, so that’s a fantastic thing.”

Edwardson came through the youth ranks with Tsawwassen Soccer Club before making the move to Fusion FC and playing in the BCSPL. He led the team in goals in three straight years from 2012 to 2014, was a silver medalist at the Canadian Provincial All-Star Championships, and was named a British Columbia All-Star in 2012.

His talents earned him a five-month training stint with Bayern Munich U17s over in Germany and some training time here with Vancouver Whitecaps Residency before he headed off to college.

Edwardson’s coach at Fusion was Alex Elliot, a graduate from the University of Portland himself. He recommended the forward to the Pilots and he headed there for his Freshman year in 2014. 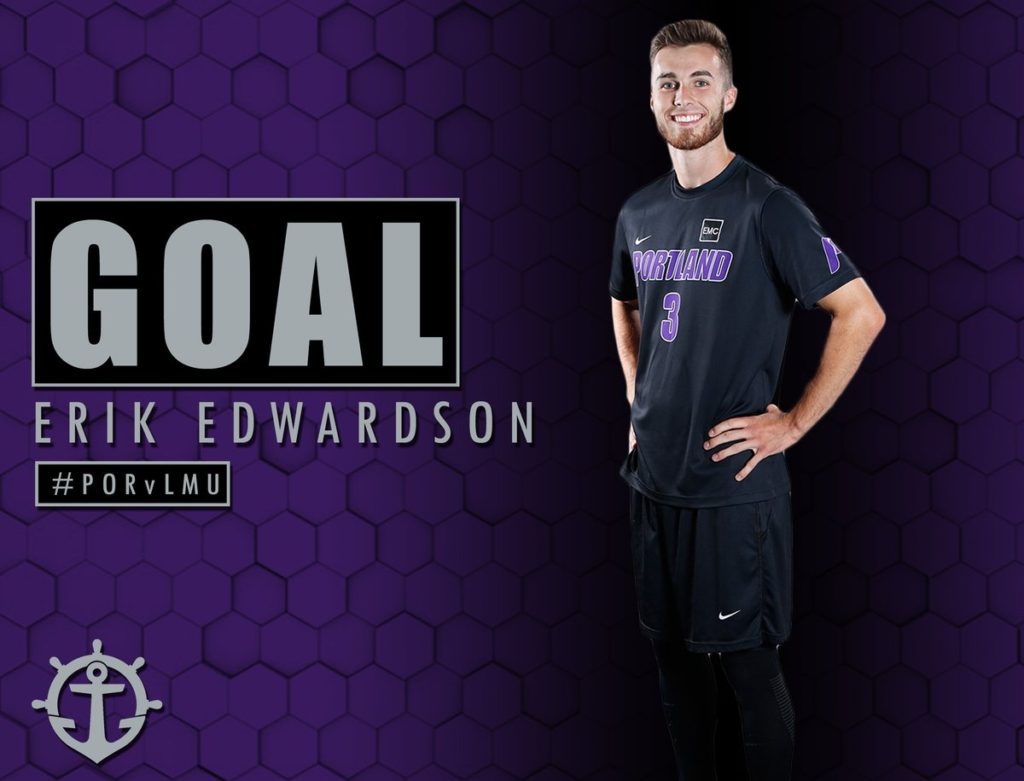 His Junior year saw him make 18 appearances for the Pilots, but only start two matches. That didn’t stop him having his best season in Portland, scoring four goals, including ones in three straight games, and adding one assist.

Edwardson has just finished his Senior season in Portland, starting eight of his 17 appearances, where he scored three goals and tallied a career best four assists.

With college over, it’s now time for Edwardson to chase his dream of playing professionally. That’s where TSS come in and why he’s excited and delighted to be playing in the PDL this summer with the Rovers.

“I’m super excited to be back from Portland and playing locally again,” Edwardson told AFTN. “I’ve always wanted to play at Swangard, so that’s going to be a cool experience. I know Eric De Graaf. He was playing last year and I kind of saw how the first season went, the philosophies of the club, and how much they play for their supporters and Canadian talent. I can’t wait to just get out there with the boys and get playing with everyone.”

De Graaf is another member of the Pilots, and will be back for his second season with TSS, after an early injury ruled him out for most of the inaugural campaign. It’s always great to have players on the squad that know how each other play, which is why the couple of months he’s recently spent with VMSL side Rino’s Tigers will also be a big boost to Edwardson and TSS. 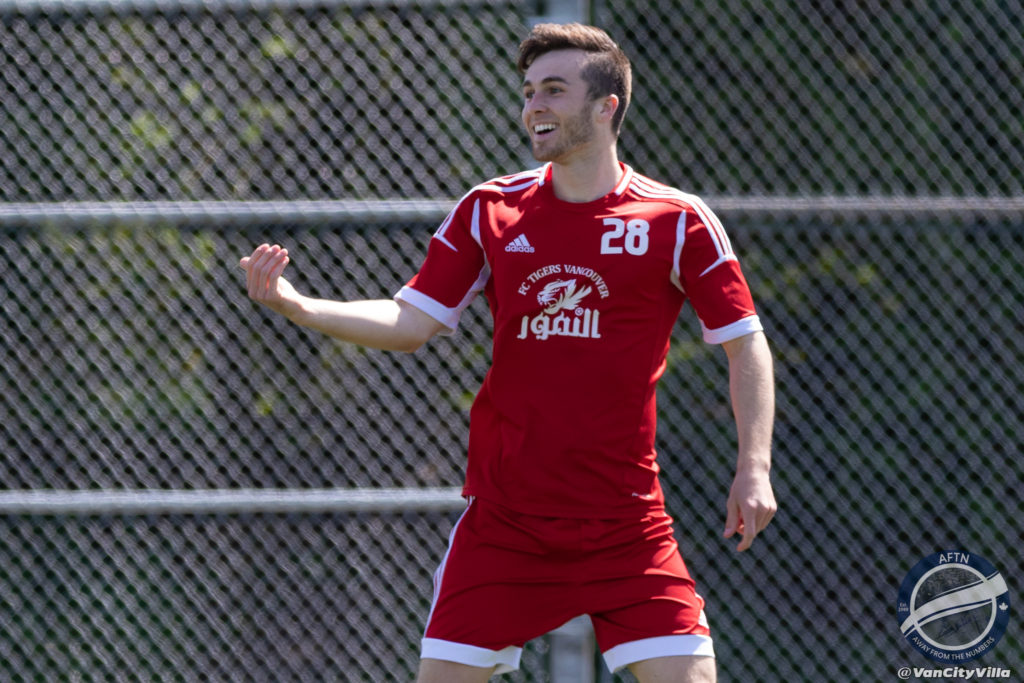 Edwardson has been part of a successful Tigers side that also includes fellow TSS Rovers Marcello Polisi, Matteo Polisi, Connor Glennon, and Daniel Sagno. That quintet have been doing some damage these past few weeks in both VMSL and Provincial Cup play, and will be key members of the Rovers midfield and attack this season.

Tigers won their first ever VMSL Imperial Cup earlier this month, with Edwardson playing on the wing and grabbing the second goal that put an end to Croatia SC’s comeback hopes in a 2-0 victory. They looked strong together in Sunday’s first round 6-0 win over Aldergrove United in the Provincial A Cup, with Edwardson again getting on the scoresheet and TSS players scoring five of the six goals (you can see our video highlights of the match HERE).

That familiarity and chemistry with each should hopefully now pay dividends when the new PDL season gets underway in a couple of weeks time.

“I think it’s going to be great,” Edwardson said of the chemistry a lot of the squad already have together. “The players we have playing on TSS are great players. It’s good to get that chemistry a few months early. It just gives us that little bit of an advantage knowing how we work together going in to it. It can only help, so that’s good.”

If you haven’t already got your season tickets to see Erik and the other lads play, what are you waiting for?! Eight matches (seven league and one friendly) for only $70 for adults and $49 for children, it’s the best value soccer you’ll find in the lower mainland. Get them HERE and if you can’t make it along to every match, the club have a donate a ticket scheme where you can help someone who can’t afford a ticket make it out to a game.