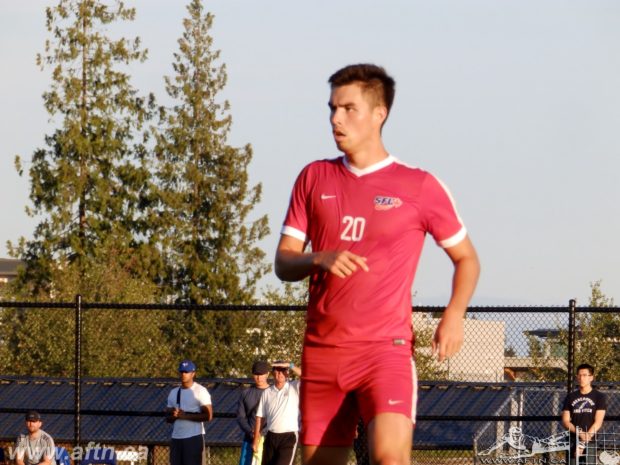 We’ve talked a lot in these TSS Rovers profile pieces so far about the importance of players having an instant chemistry together when the new PDL season gets underway next month. The quicker the squad can jell, the quicker the points will come.

For Riley Pang, he may be in new surroundings in the TSS environment but his knowledge of his new Rovers teammates is very familiar indeed.

The 20-year-old has been at Simon Fraser University for the last two years, and he will be one of eight players from the Clan’s 2017 roster on TSS Rovers’ squad for the PDL season ahead.

Pang’s been playing football since the age of five with West Richmond SA and spent a couple of years in the Whitecaps Residency program, making two appearances for the U16s in the 2012/13 season as a 14-year-old on a team that featured fellow Rovers Eric De Graaf, Thomas Gardner, Marcello Polisi, Rahid Rahiem, Daniel Sagno, and Luciano Trasolini.

That was to be Pang’s last year in the Whitecaps program and he headed back to Richmond to play for Fusion FC in the BCSPL before joining SFU as a Freshman in 2016, after a successful youth career that saw him called into a Canadian U15 national team development camp.

“Riley is physically ready for college soccer and already starts and plays minutes in a men’s league,” head coasch Clint Schneider commented after Pang’s commitment to SFU. “He has all of the tools to make an impact straight away. Riley is fantastic in the air, very strong with his back to the goal, and he can finish. Plus, he has a very high soccer IQ.”

The 6’3” forward made 15 appearances for SFU in his rookie season, starting nine of them. His first ever college goal came in the 2-1 win at Hawaii Pacific, and he went on to grab four goals and one assist during his first season in the NCAA, earning him GNAC Rookie of the Year honours.

Pang made 17 appearances for the Clan last year, starting eight of them, scoring three goals and contributing four assists. 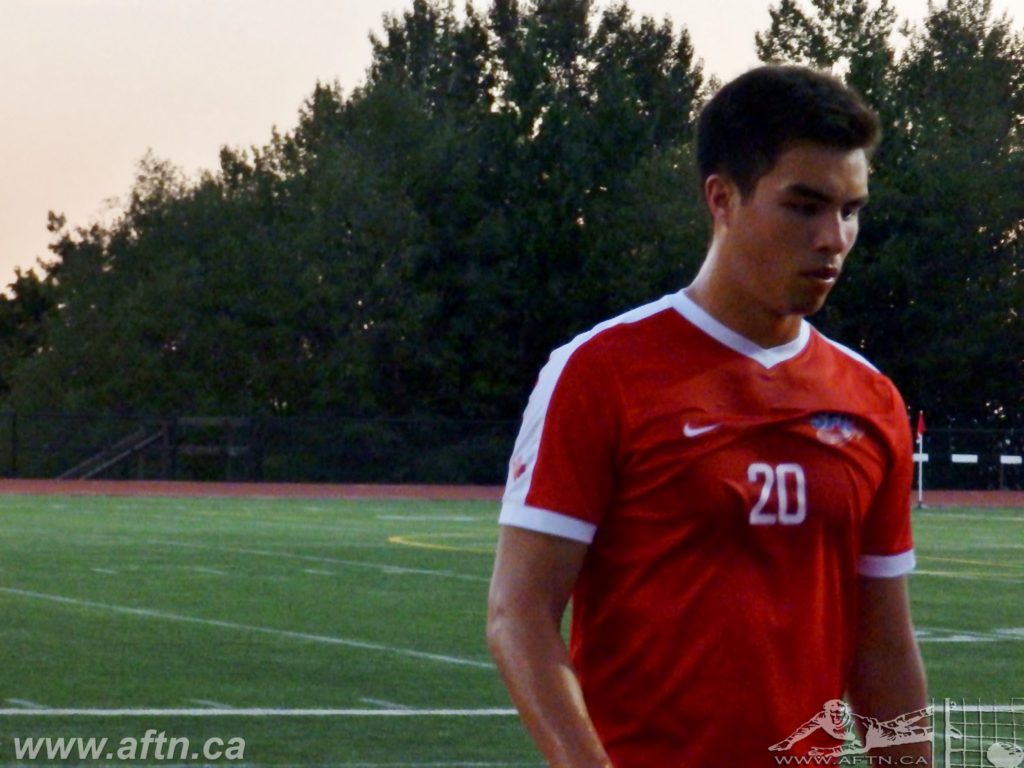 The Rovers management team have watched Pang on a number of occasions over the past two years and are excited with what he will bring to their 2018 roster.

“He’s a strong hold up player, good in the air,” TSS head coach Colin Elmes told AFTN. “He also finishes with both feet comfortably. Riley is from a good blood line (I played with his Dad!) and has the tools to have an impact at the next level. He just needs to put all the pieces together consistently, and we can hopefully be a part of making that happen over the next few months.”

The striker has played his winter football in the VMSL with Richmond Hibernian these past couple of years, and scored three goals for them in the 2017/18 season that’s just finished.

Pang has decided to leave the SFU program for the coming season, but we’ll have news of where he is landing soon. In the meantime, he’s ready to get off to a flyer with the Rovers.

If you haven’t already got your season tickets to see Riley and the other lads play, what are you waiting for?! Eight matches (seven league and one friendly) for only $70 for adults and $49 for children, it’s the best value soccer you’ll find in the lower mainland. Get them HERE and if you can’t make it along to every match, the club have a donate a ticket scheme where you can help someone who can’t afford a ticket make it out to a game.