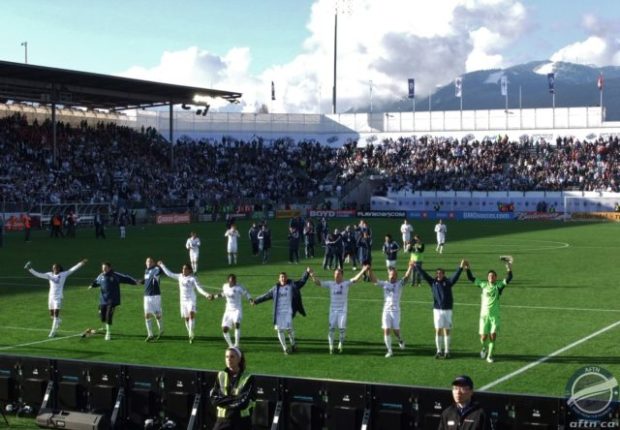 That cold wind blowing you feel isn’t a sign of the season. No, that’s the collective sigh of relief of we ‘Caps fans as finally a signing has occurred and we can welcome Lucas Cavallini into the fold. December 16th is a little past our manager’s proposed deadline of December 15 to secure some signings (and it is only one at that), but hey it is a start! Kudos to all for getting this done.

Hopefully the close of 2019 will bring us more. The wings, the midfield, a right back, you know the drill. We remain ever hopeful that Santa Schuster will smile on us all.

In keeping with the retrospective approach, I thought it might be useful to look back at the Whitecaps during the MLS era and how they have stacked up compared to the other franchises in the league. Any kind of analysis of this nature is however going to be fraught with issues and assumptions.

Some fans will hang their hat on trophies won (Supporters’ Shield, MLS Cup, Cascadia Cup, US Open Championship, Canadian Championship and other regional competitions). Others love to focus on trends (e.g., is our club consistent over the long haul?).

Also, comparing teams is problematic in a league with two divisions and an unbalanced schedule. If you play most of your games against weaker opposition, it makes it hard to compare apples to apples.

The same difficulty arises from the stadium in which your team plays. Arguably the Whitecaps have an advantage in that a number of high profile players boycott playing on turf. On the other hand, we have to travel more than other teams to play our away matches.

Colorado gets the advantage of playing regularly at elevation, while Houston and Dallas welcome teams from the north to the heat and humidity of Texas.

In an expanding league like MLS, we also have the problem that some teams have switched from east to west over time (like Houston and Sporting Kansas City) and other teams haven’t been in the league long enough to give us a large enough sample size for comparison purposes (FC Cincinnati) or have disappeared into thin air (Chivas USA).

Thus, in order to make a comparison I have gone with a simple analysis. I’ve entirely ignored the playoffs and trophies won. Instead, I’m simply going to take a look at the average number of points per year earned over the years since the Whitecaps joined the league in 2011. This way, we can get a snapshot of how our lads have performed using this (albeit flawed) measure. 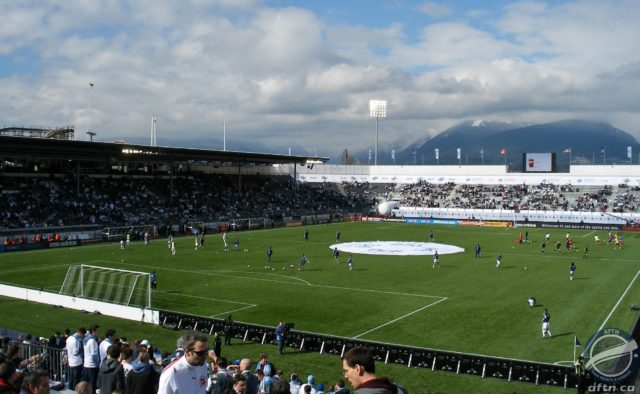 In running the numbers, you might be surprised by some of the results. Of course, in an analysis such as mine, consistency over time gets rewarded. Some of the teams that I thought might perform on the higher side of the ledger didn’t and vice versa.

Now, to the results. First, the Whitecaps. Since inception, we’ve averaged 43.78 points per year (over nine seasons). None of you will be surprised to learn that this puts us near the bottom of the rankings and generally out of a playoff position.

However, you’ll be pleased to know that we have outperformed the hated TFC over those years! They have only averaged 42.56 points per year, despite their recent success. We’ve also bested the other Canadian entry in Montreal, who averaged 42.63 point over eight seasons.

The best averages over the long haul include our Cascadian rival Seattle (at 55.78 points) and New York Red Bulls (at 55.33 points).

The outliers for shorter lifespans include Chivas USA (31.25 points over four seasons), FC Cincinnati (24 points from their one season in the league so far), LAFC (64.5 points over two years) and Atlanta (60.67 over three).

Sadly, our second Cascadian rival and fellow 2011 joinees, Portland, have outperformed us (at 48.33 points per season).

Below I set out all of the results for your viewing pleasure. The bracketed numbers are the years of participation in the league since 2011. I have ranked the teams by best averages from best to worst, despite teams having been in the league for greater or lesser years as discussed. Not an ideal science but makes it far easier to digest.

Let us know your thoughts.