Just shows you what playing with a bit of heart and hunger can do. 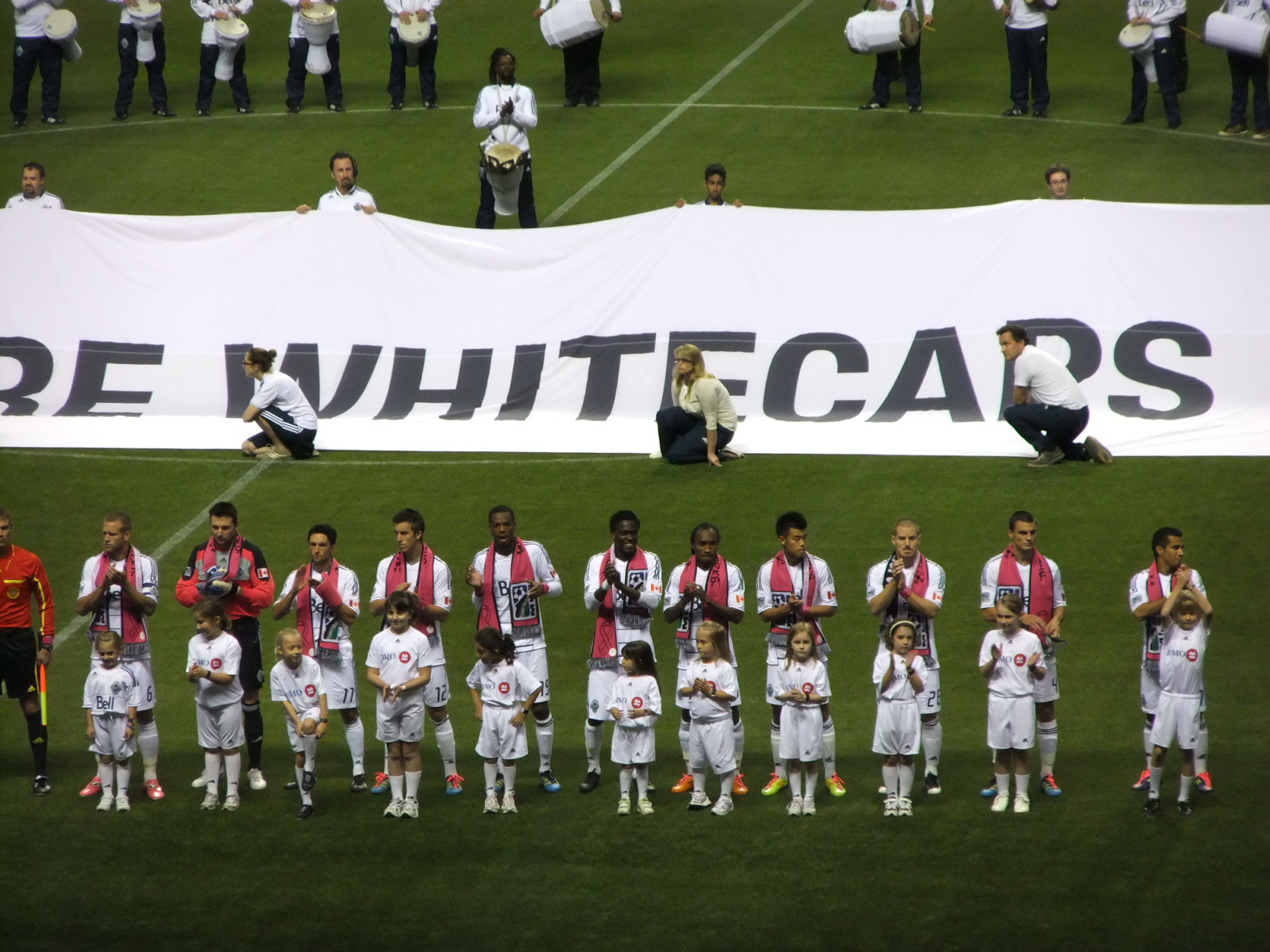 Well done to all of the players.

And well done to Colin Miller on picking a winning team.

Team 1410 revealed last night that Miller had been asked by Tommy Soehn to select the squad for the game.

I find this incredible. It worked, so maybe we shouldn’t knock it. Baffling though, in many ways.

We’ve been referring to Soehn as a lame duck manager of late. How can he command any respect in the dressing room after such a move?

It wasn’t a perfect performance, we’ve played a lot better and lost, but it was a well deserved and hard fought effort that provided a much needed morale boosting victory.

The LA Galaxy games aside, the Caps have performed well against the top teams in the League this season and it was a comfortable win against Real Salt Lake in the end. Obviously that was helped by the visitors going down to ten men just before half time, but although they controlled possession at times in the first half, they never really troubled Joe Cannon or the Caps notoriously shaky defence.

I expected a lot more from Salt Lake in the second half, even being a man down, but apart from perhaps a five or ten minute spell towards the end, they were never a threat and on this performance and current form, they are a side that are going to struggle in the playoffs.

They weren’t the most gracious in defeat and some of the language used by their players post game showed us little respect. RSL seem to be one of the whiniest clubs in MLS.

When the original fixture was postponed in July, they whined a lot then, and with justification. Last night all the moans were about the referee, the penalties and the sending off.

The first one was more the shoulder than arm and the second was ball to arm.

Something that they seem to have missed, or are conveniently ignoring, is the fact that Warner hauled down Brovsky before the handball at the first penalty. His arms were wrapped all around him and he hadn’t even bought him dinner. That in itself was a penalty. Not a red card incident admittedly, but we would still have been a goal up. 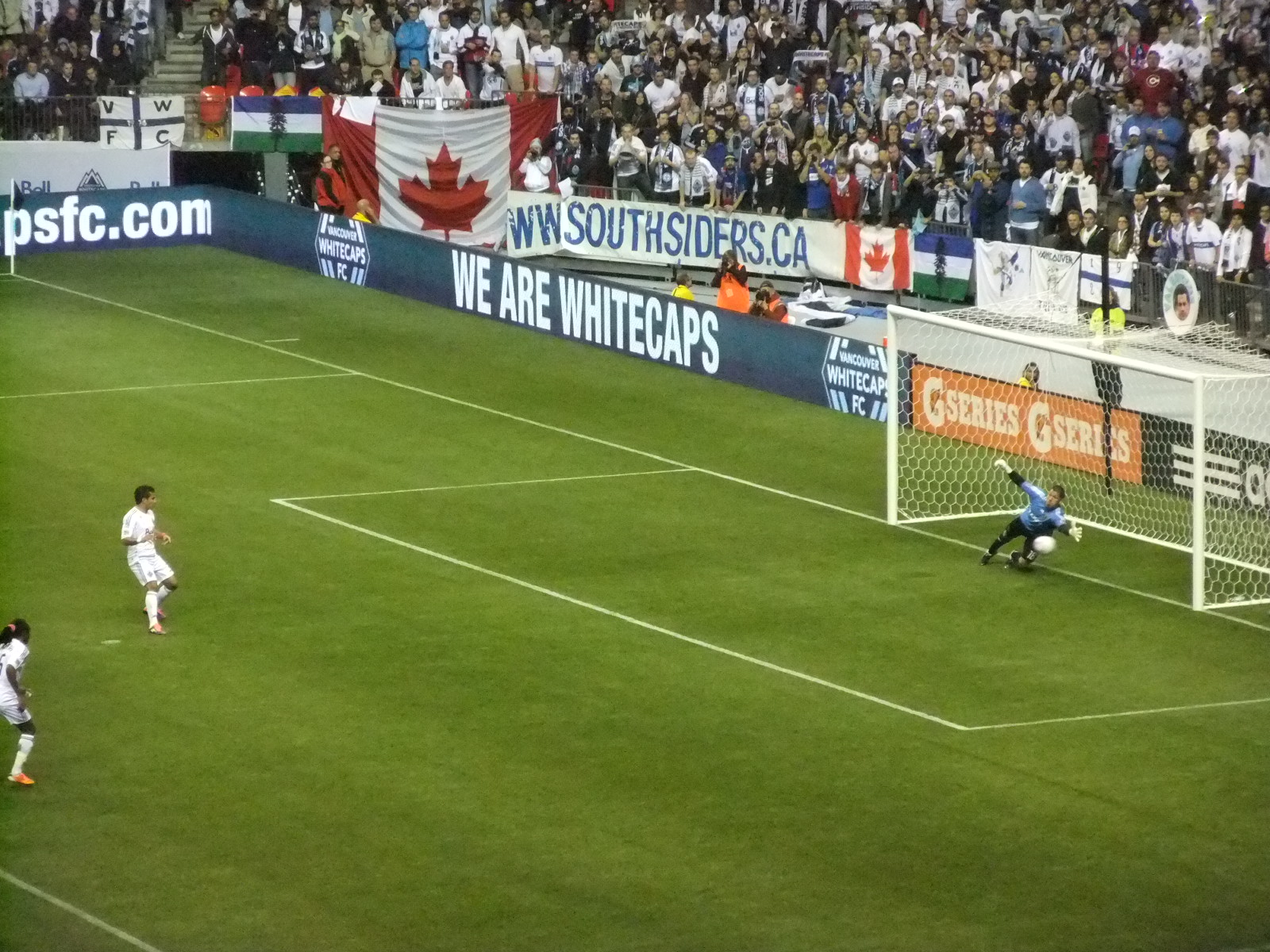 Every team has decisions that go against them. We’ve had more than our fair few this season.

We could have had more penalties.

The Camilo incident just before the goal, where he was shoulder charged off the ball, is also a debatable one. To me, it wasn’t a penalty and was a fair, if robust, challenge. You wouldn’t want that given against one of our guys. Camilo’s reputation for going down so easily does him no favours in this League. Another day, another ref, we might have got it.

Long Tan may have been brought down from behind after we’d gone two up, but if there was any contact, initial glances made it seem minimal.

Them’s the breaks RSL. You win some, you lose some. It’s called football.

But enough of the sore losers. Let’s concentrate on our own guys.

All our pre-game hopes of fringe and younger players getting given a chance to show what they can do came to nothing.

Of the six players we wanted to see start the Salt Lake game, only Long Tan got the nod. Omar Salgado made the bench, but, criminally, Alex Morfaw, Philippe Davies, Michael Nanchoff and Bilal Duckett didn’t even make the gameday eighteen.

It must be heartbreaking for these guys when they see a defender, in Jordan Harvey, starting in midfield ahead of them. As we asked in our Vancouver Metro column today, what do these guys have to do to get their chance?

Now, full credit to Harvey, he had a blinder. He really surprised me and linked up productively with Alain Rochat on the left, with both players covering each other well. This may be the place for him in our team. He certainly impresses me more as a midfielder than a left back.

What was the point though of fielding older guys like 31 year old John Thorrington and 33 year old Peter Vagenas at the expense of younger talent like Morfaw and Davies? Are either of these auld yins even going to be at the Caps next year?

Sticking in the middle, the inclusion of Nizar Khalfan was a surprise. As was his performance. 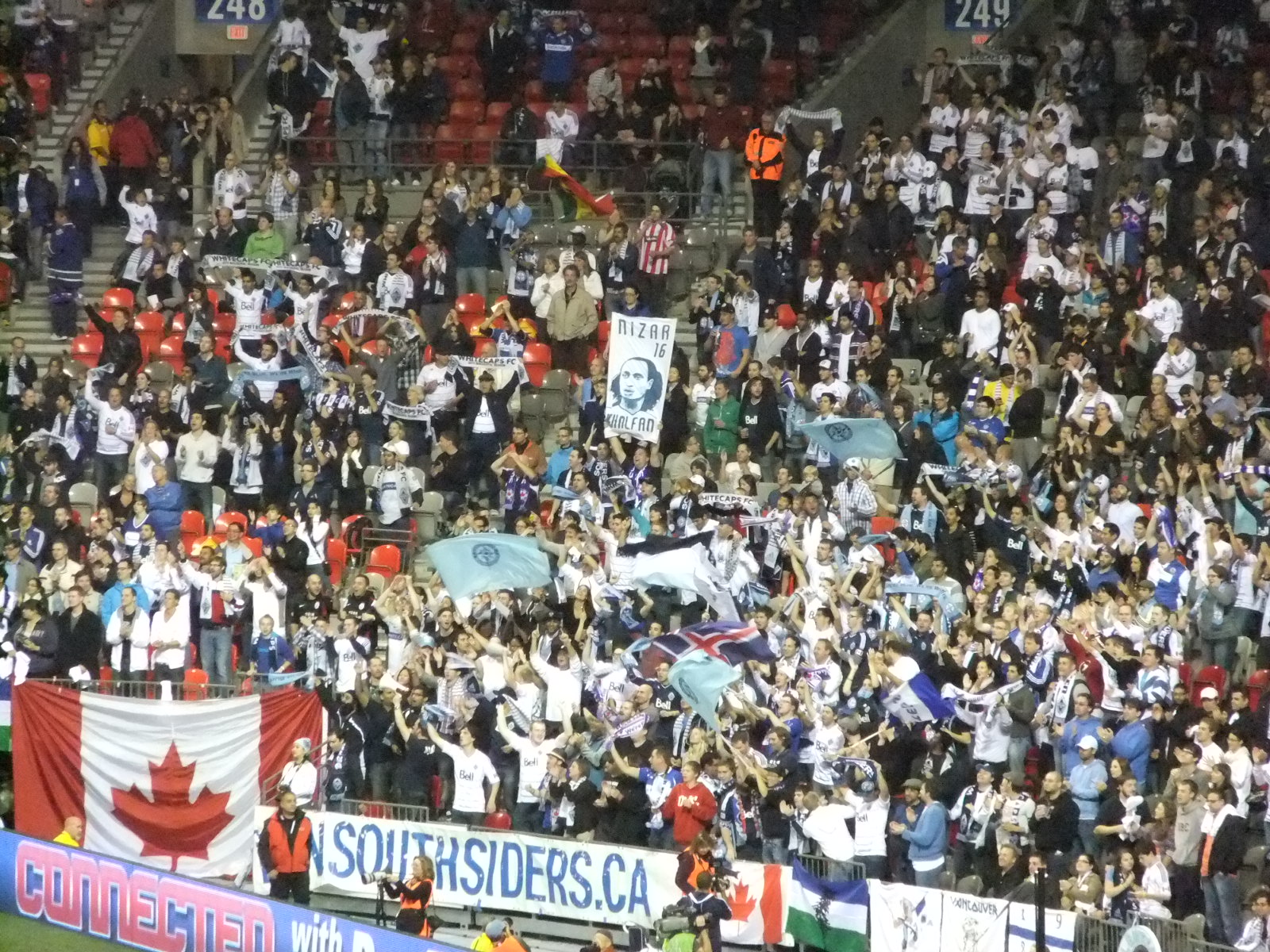 He took his goal well and it was the Khalfan we saw at the start of the season, where he was quite the impact player off the bench.

He really went off the boil, having clearly taken a knock in confidence after being dropped, and has shown little since.

To be honest, I still don’t think he is MLS quality, especially as a starter. He earned a run in the team though for the remainder of the season after that goal.

You could see what it meant to him and maybe it will now give him some confidence to go on and improve his game.

No doubt we’ll see him dropped now for Wednesday.

Long Tan impressed. He’s eager and would run all day. He’s still very rough around the edges and sometimes his ball control lets him down, but this will only come good if he gets fully tested against quality opposition on a regular basis. Again, he needs to get a run in the team now for the remaining three games.

It was also good to see the performance of Carlyle Mitchell. The Trinidad and Tobago centre-half had a solid first team debut in a Caps jersey. It wasn’t spectacular, but you don’t really want to be noticing your defenders too much! He was stready, showed pace and composure and really added a bit of security to the backline. I’m looking forward to seeing more.

It will also give me the chance to dig out my old AFTN Trinidad and Tobago flag from the 90’s – bought when East Fife had three T&T internationals on their books and were getting games called off for players being away on international duty!

At the final whistle, you could see what the win meant to the players and the supporters:

[youtube http://www.youtube.com/watch?v=uangtEE1KCY&w=500&h=284]Joe Cannon’s actions of bowing down to the Southsiders was a nice touch. The guy is a legend and impresses me more each week.

The win may be way too little, way too late, and with Real Salt Lake missing around half a dozen of their regular players, we can’t read too much into things, but it does show that if we play with passion and self belief, we should fear no-one in the League.

We have three games left. We need to play the guys that want to be at this Club and will play from the first whistle to the last.

Last night’s win now takes us to within two points of New England Revolution, in the battle for dubious title of the worst team in MLS.

It may not be much, but you know what, if we finish 17th, after the horrendous season we’ve endured, I’d take that.