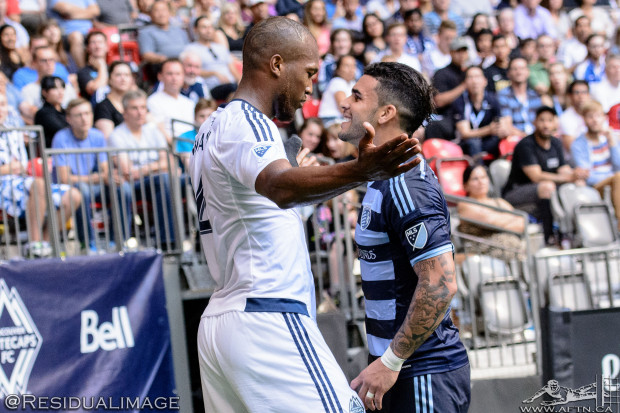 After Syd’s trophy husband’s niggling performance against Kendall Waston on Sunday night, that heat was actually turned up even more.

Waston and Dwyer had a battle all night long. It was fun to watch but it started to get out of hand after referee Kevin Stott didn’t get a grip of it earlier, and it could have boiled over into something very nasty in the closing minutes.

Carl Robinson was asked about the pair’s battle after the game and didn’t mince his words.

Waston picked up a 73rd booking for his troubles and Dwyer should have seen red for a blatant shove on the big man in the 88th minute. The ref had completely lost control of the situation at that time, although what I would say is that I do like a referee that lets things go, so I can’t have everything!

Waston enjoyed the battle though.

“It was just football,” the Costa Rican told reporters after the game. “It was a normal battle. It was good because he fight for his team and I fight for mine. At the end of the game we shook hands and everything stayed on the pitch.”

AFTN photographer Tom Ewasiuk was there to capture all the action and here’s our The Costa Rican v The English Nyaff “The Battle In Pictures”, with a full Flickr slideshow at the end. We’ll leave these ones uncaptioned though. You can add your own! 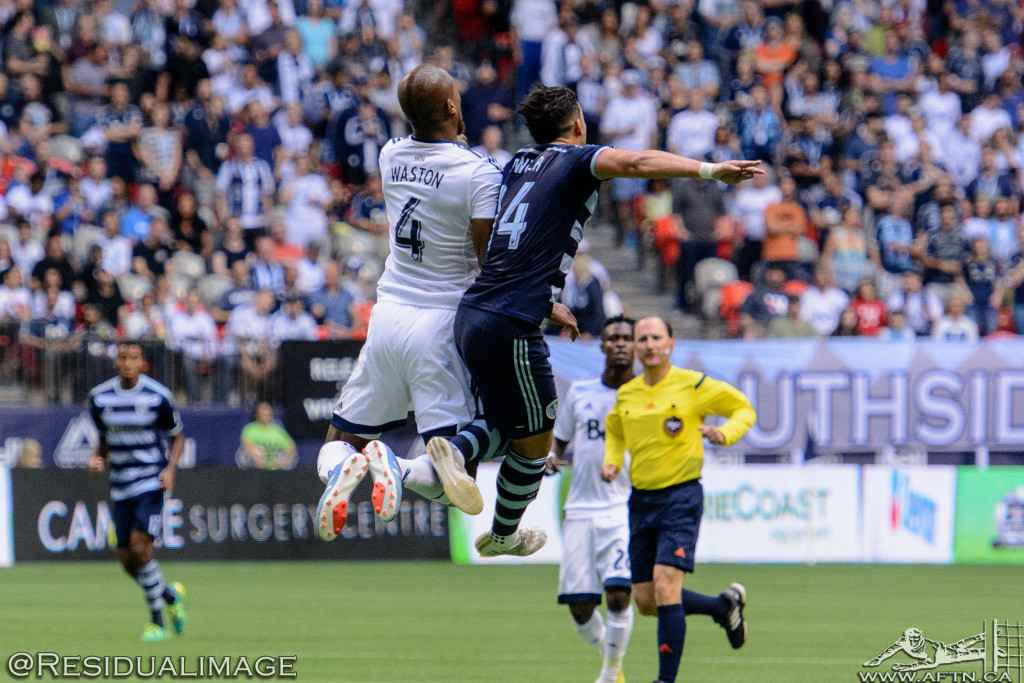 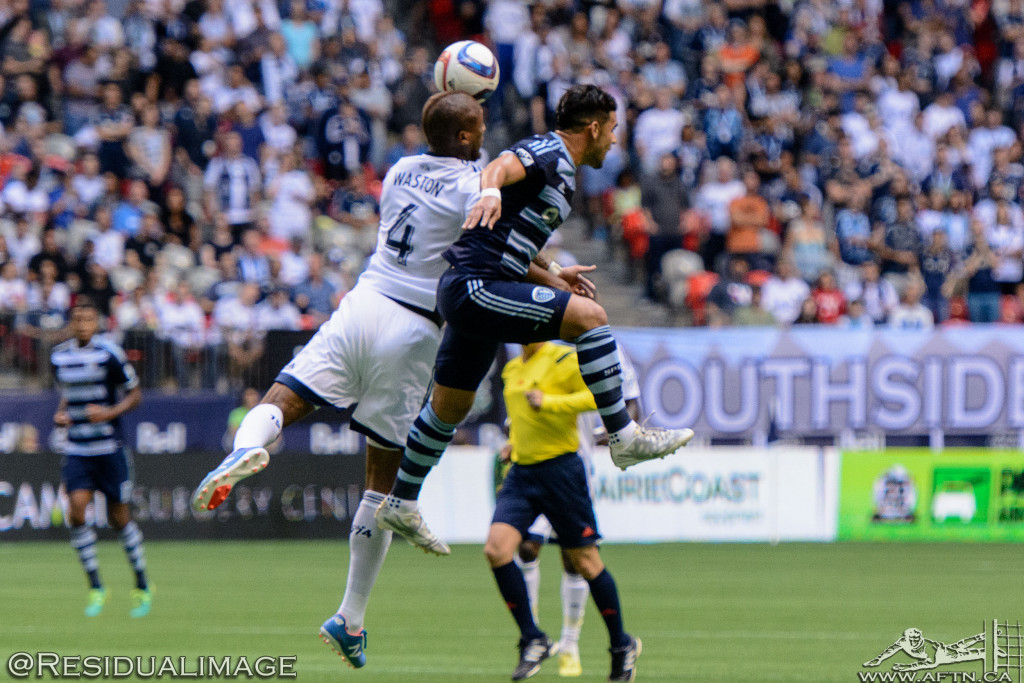 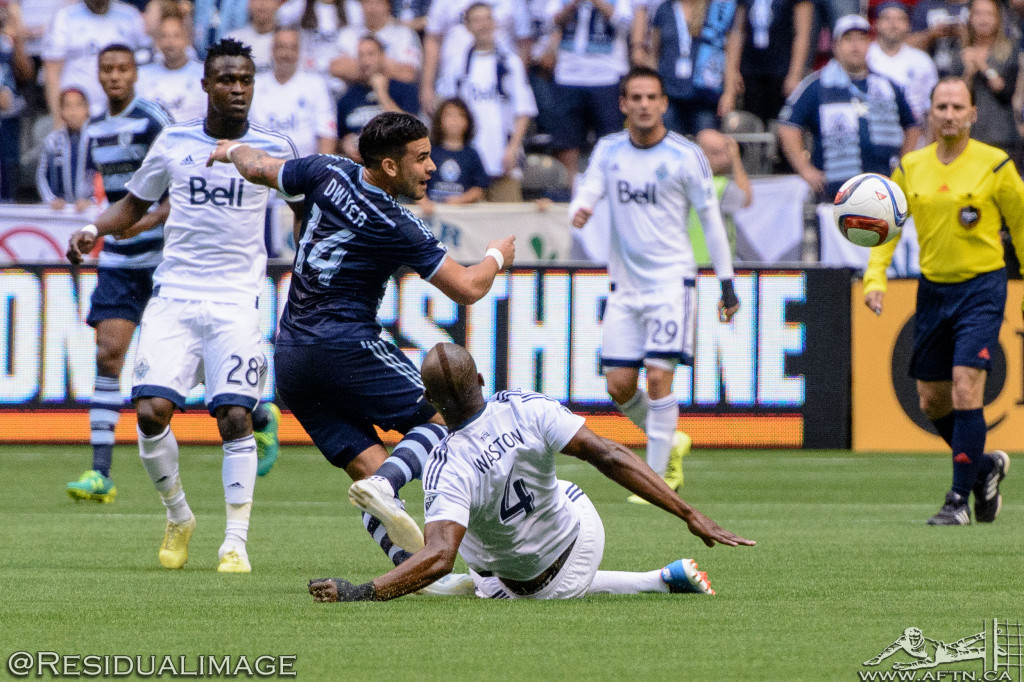 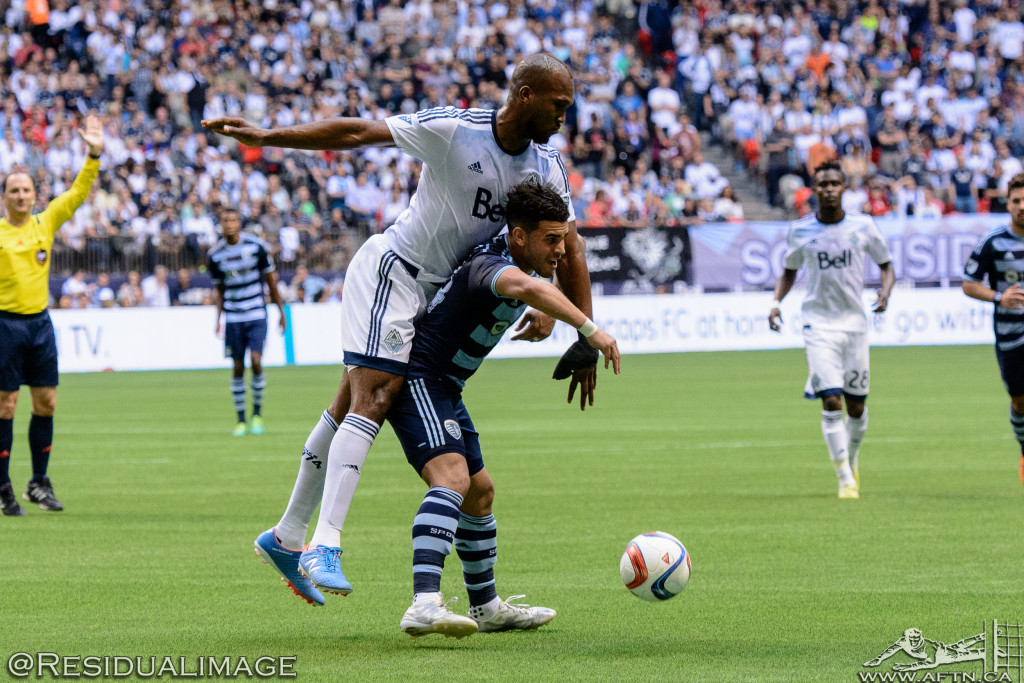 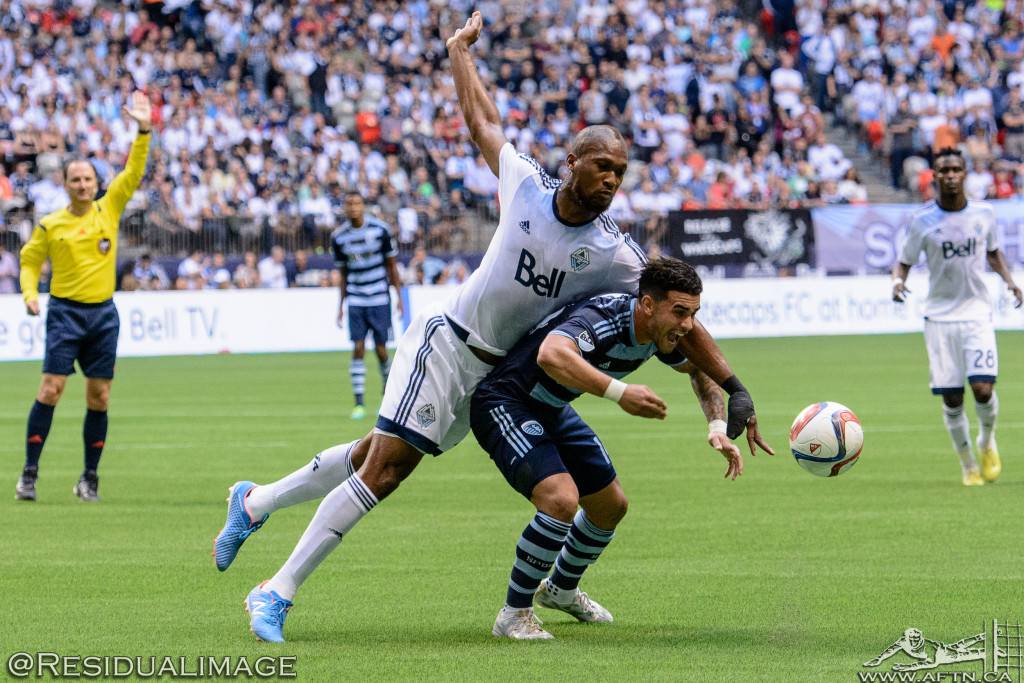 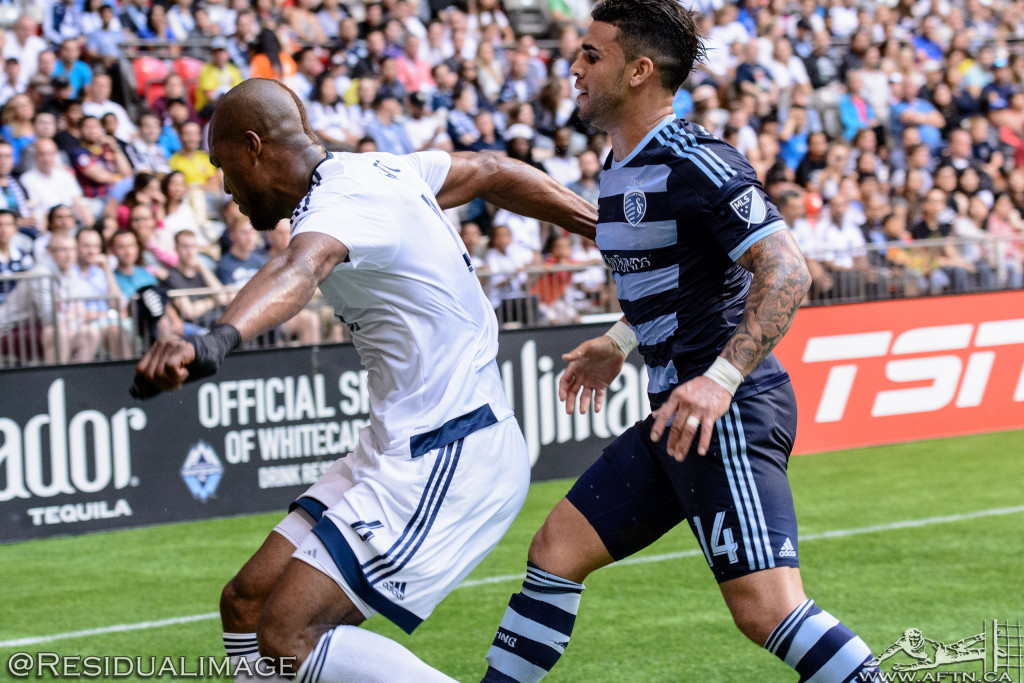 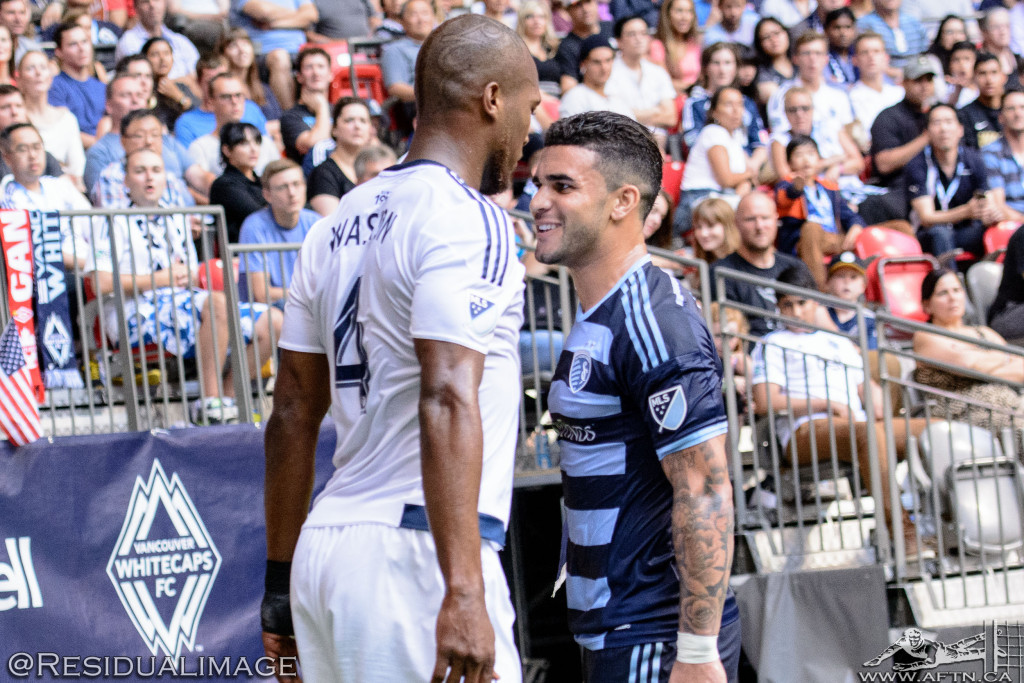 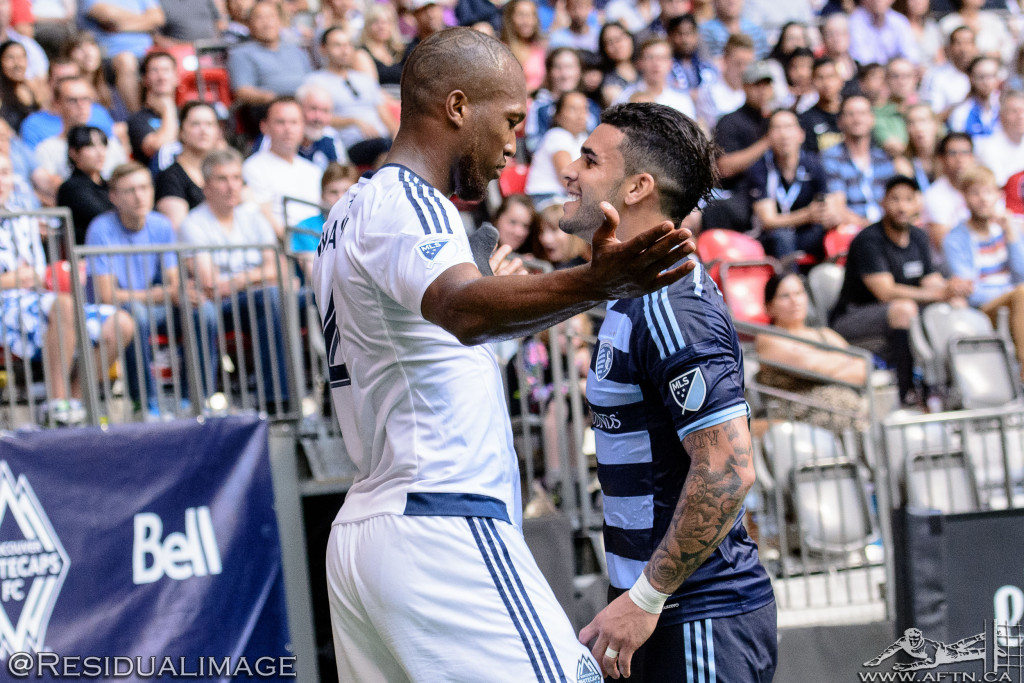 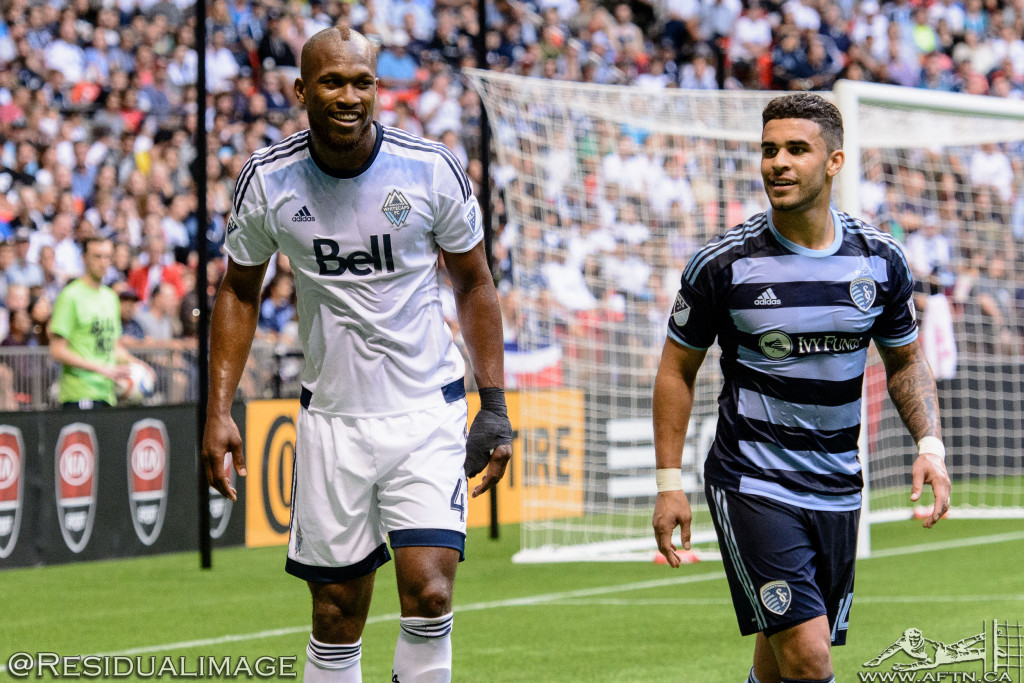 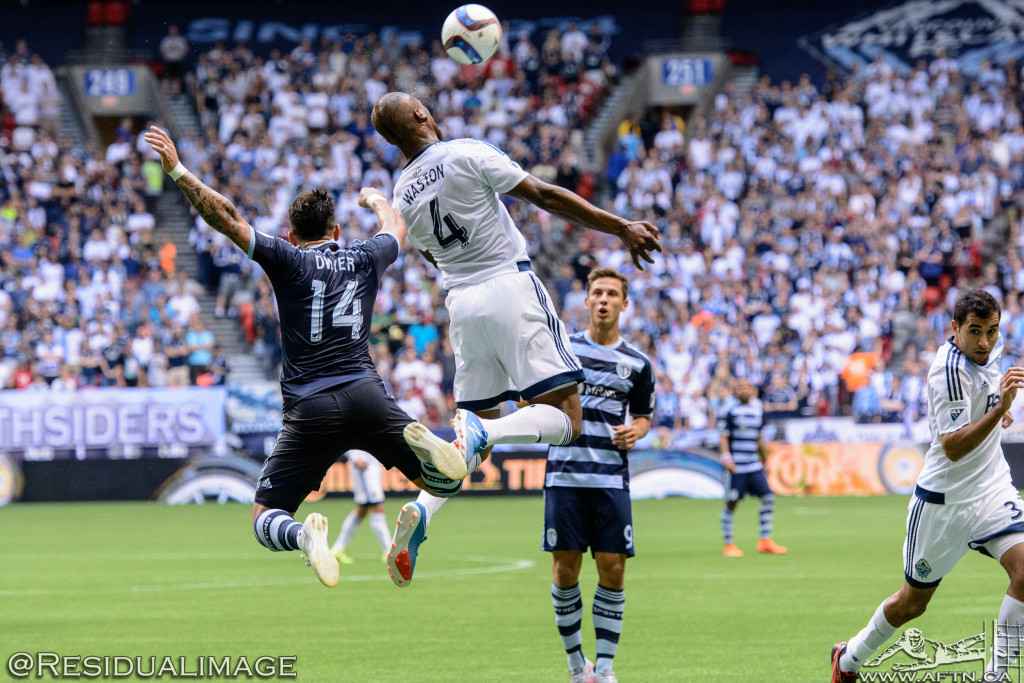 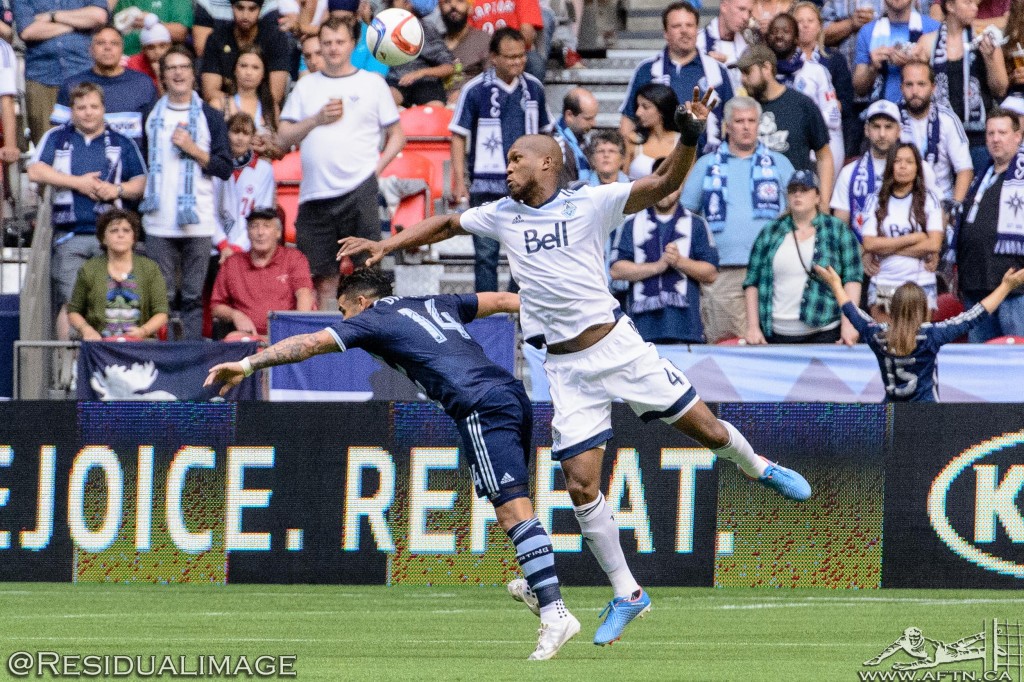 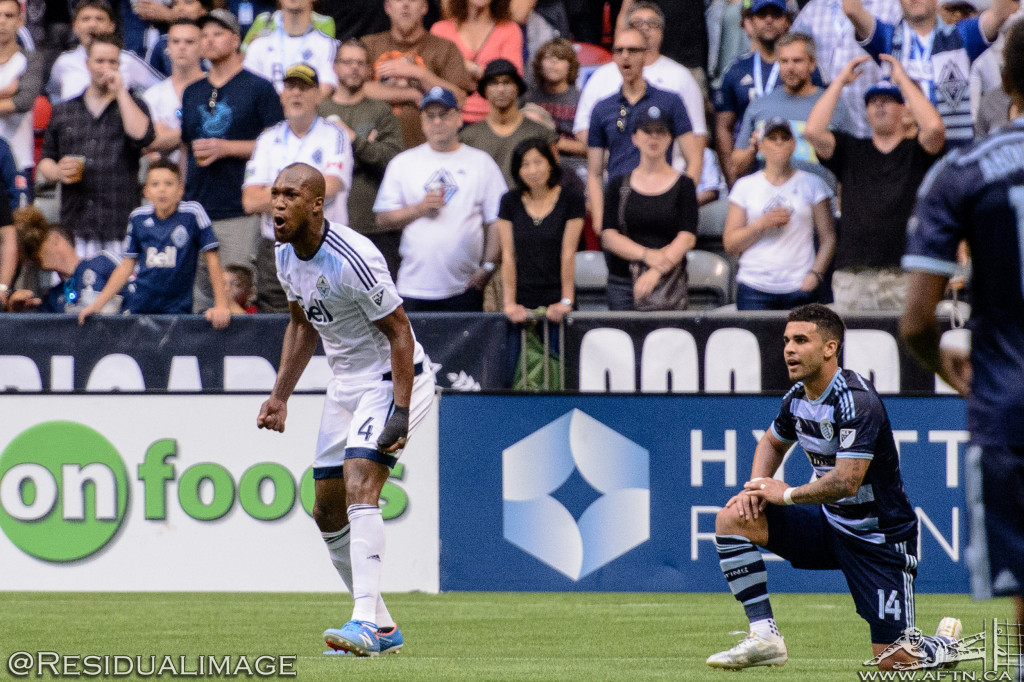 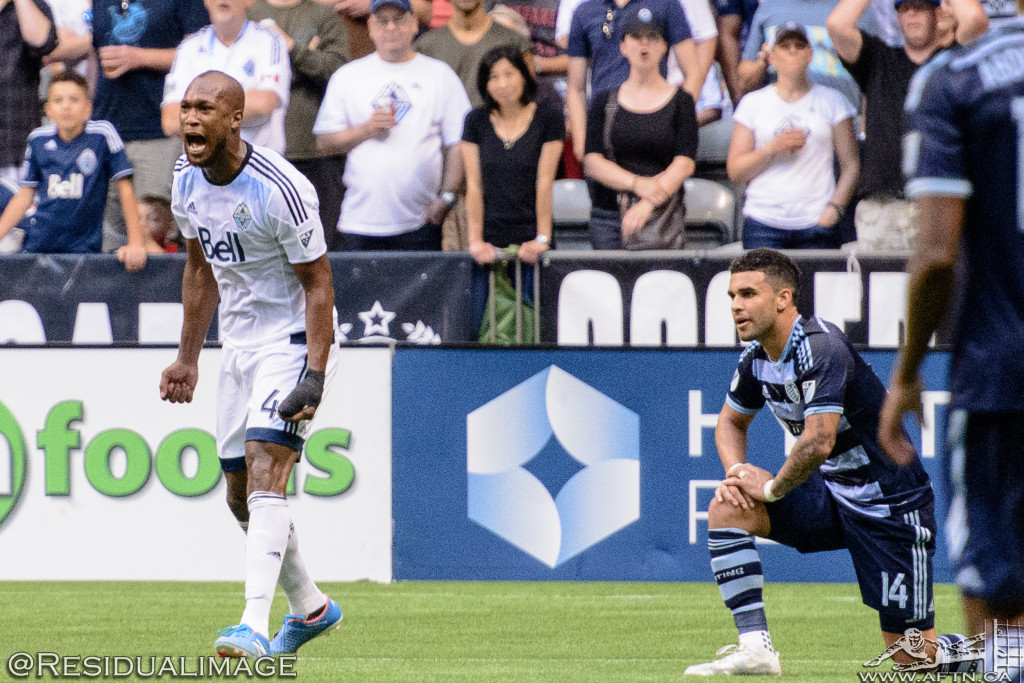 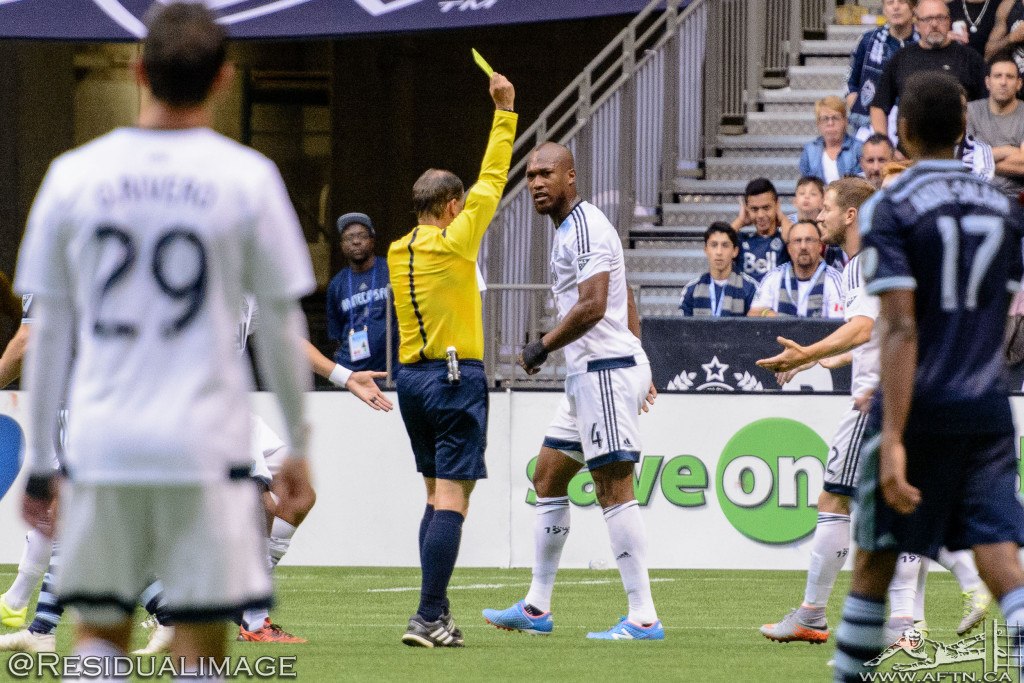 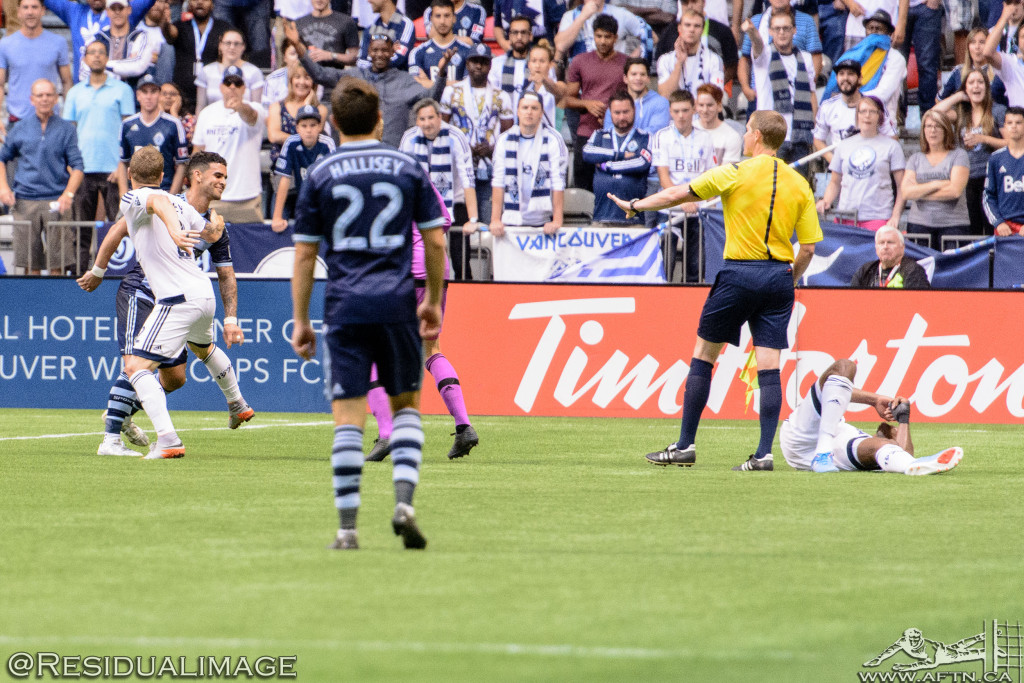 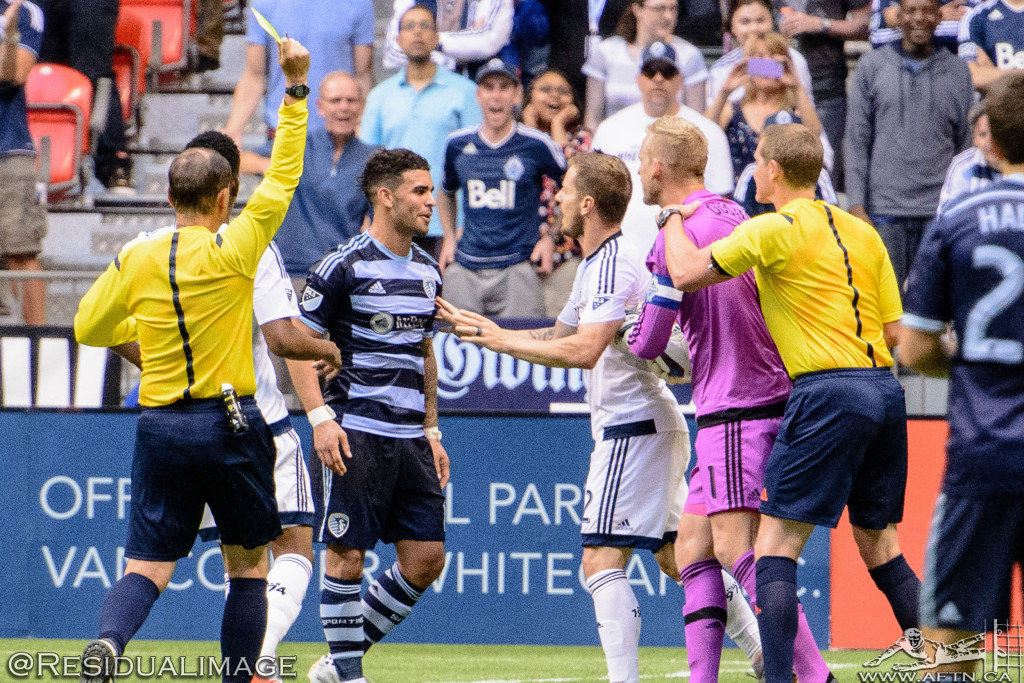 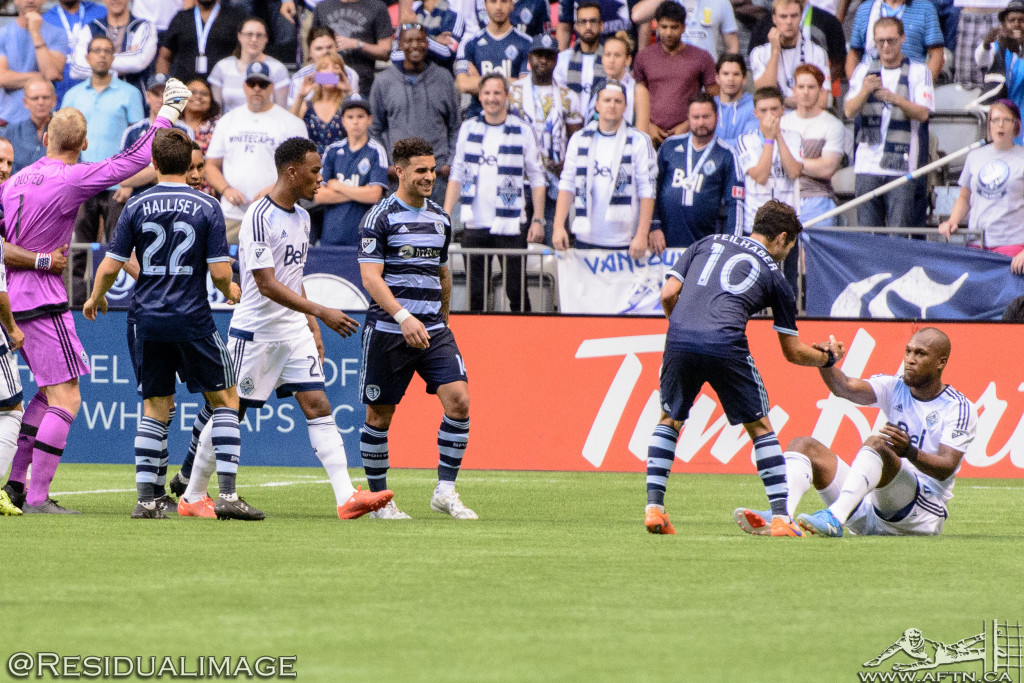 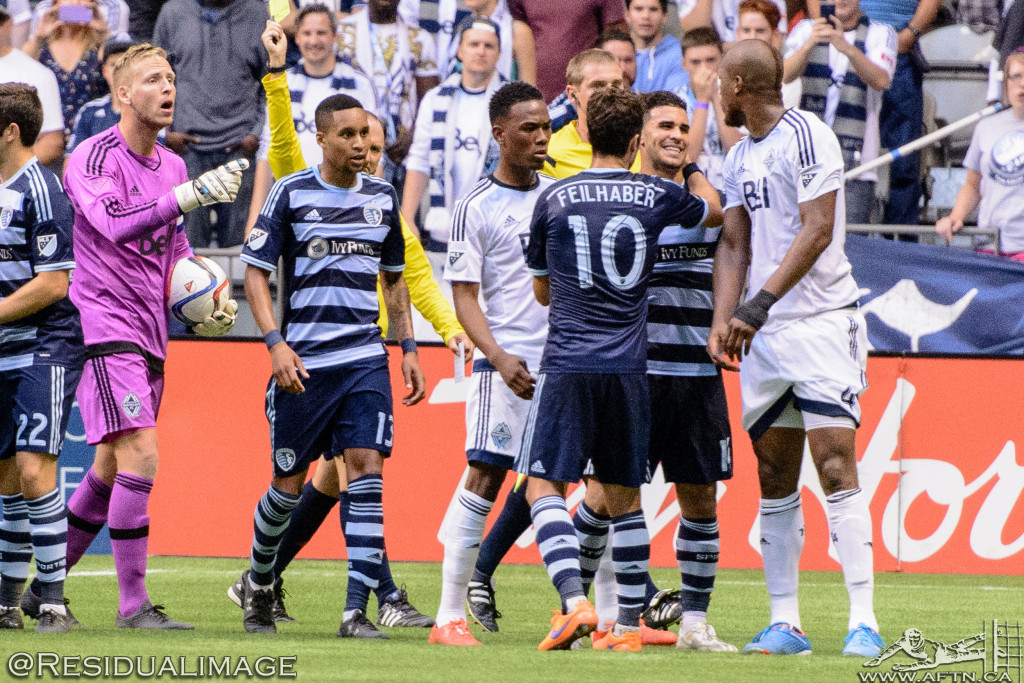 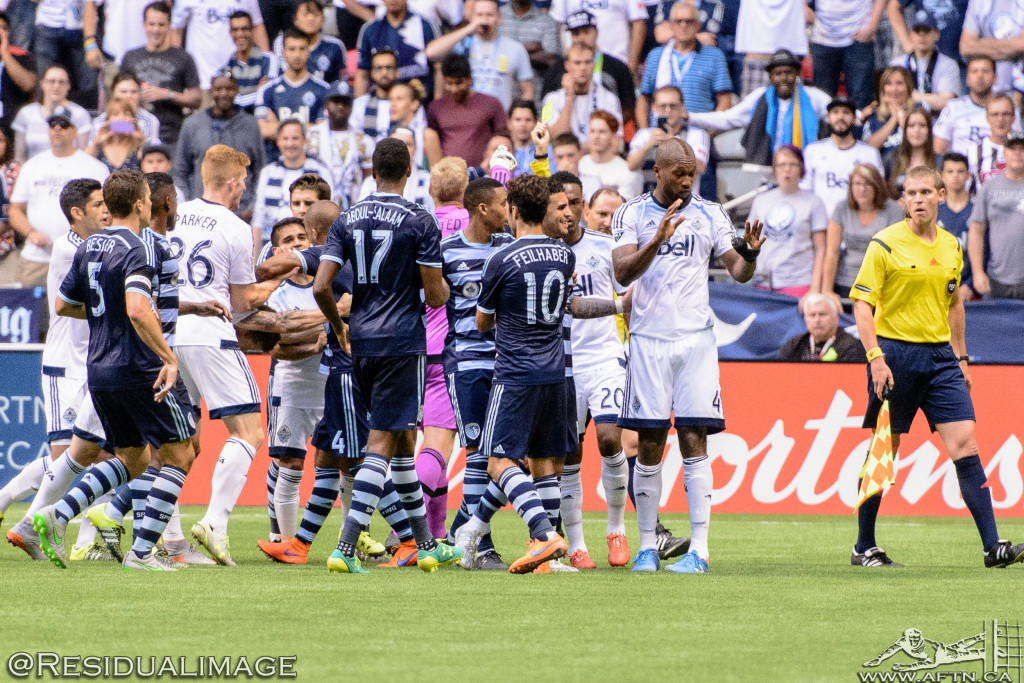 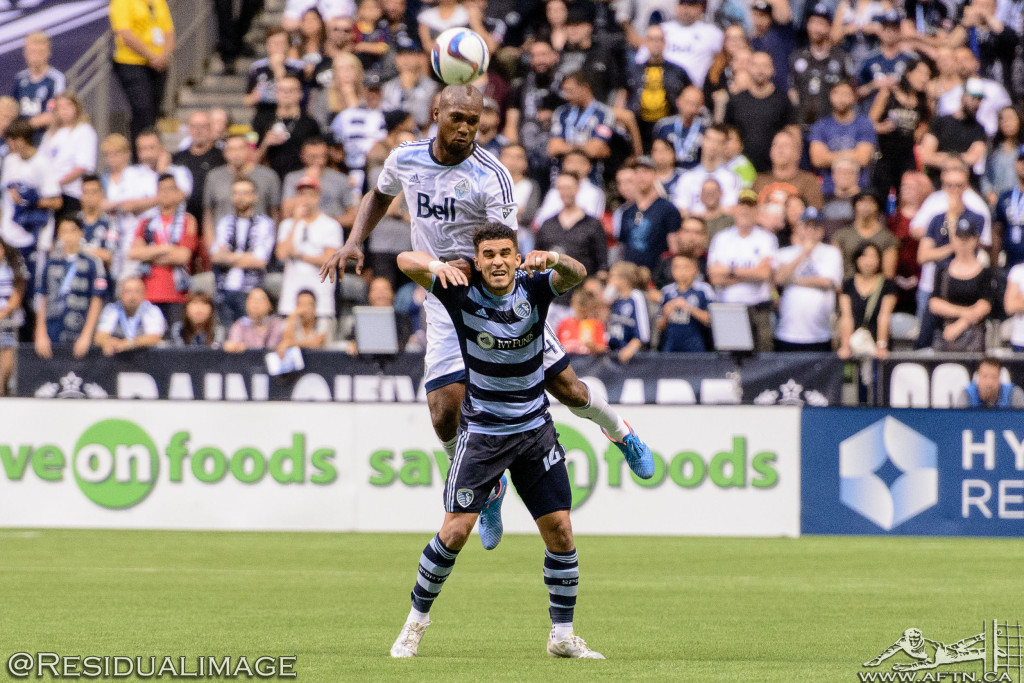 You can see a Flickr slideshow of all of Tom’s photos from the Caps v KC game below: