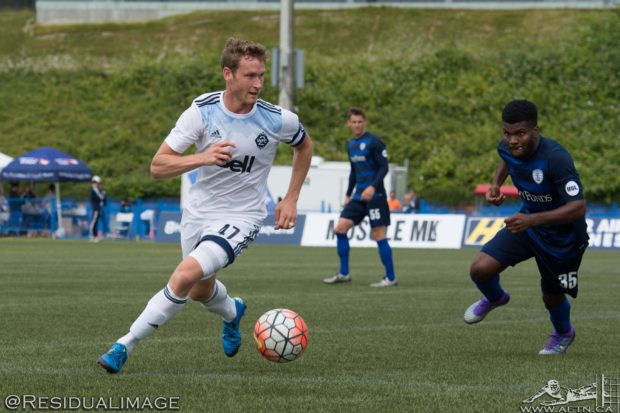 It’ll be an emotional homecoming for Kyle Greig when he returns to Taft Stadium on Saturday.

Greig spent two years with OKC Energy before joining the Whitecaps this offseason, building a lot of relationships there with the coaching staff, players, fans and the local community.

With MLS as his clear goal, Greig felt that Vancouver provided a better opportunity to put himself in the shop window. To impress Carl Robinson and the rest of the ‘Caps coaching staff and earn a shot with Vancouver’s first team.

To do that he knew he needed to perform on the pitch right away and he’s certainly done that, banging in 10 goals in 13 appearances for WFC2 this season and averaging a goal every 101 minutes of play. There is no doubt the ‘Caps are taking notice, but Greig knows he has to keep it going to make his dreams a reality.

“It was a big goal of mine to start very, very well on an individual basis,” Greig admitted to AFTN when we caught up with him at training this week. “I’m happy with where I’m at, but I don’t want to have a second half of the season that’s slow, so I want to keep this momentum going.”

Greig returns to Oklahoma City in excellent form, and rested after missing last week’s win over Portland through yellow card accumulation. He admits it will “be a little bit weird” to be changing in the away team’s locker room, but heads back to face to his old club for the first time with a strikerate far higher than the 16 goals he got for the Energy in his 51 appearances there.

WFC2 head coach Alan Koch has been delighted with Greig’s initial success in Vancouver and credited his captain for playing such a big part in the club’s excellent start to the season.

“You can see him in training, he’s very, very confident,” Koch said of Greig. “His finishing is great in training, so it’s not surprising that he carries it over and scored in the games because you can see he looks very good. Football’s about confidence. When you train well, you play well, and when you to have success in the games, like he’s had, you continue to feel good about yourself and you carry that over into the games.

“It was frustrating to be missing him last week. We’re glad to have him back this week, particularly for him. It’s obviously a huge game going back to playing against his old team. He’s a huge part of our team and he’s a big part of why we’ve had success so far.” 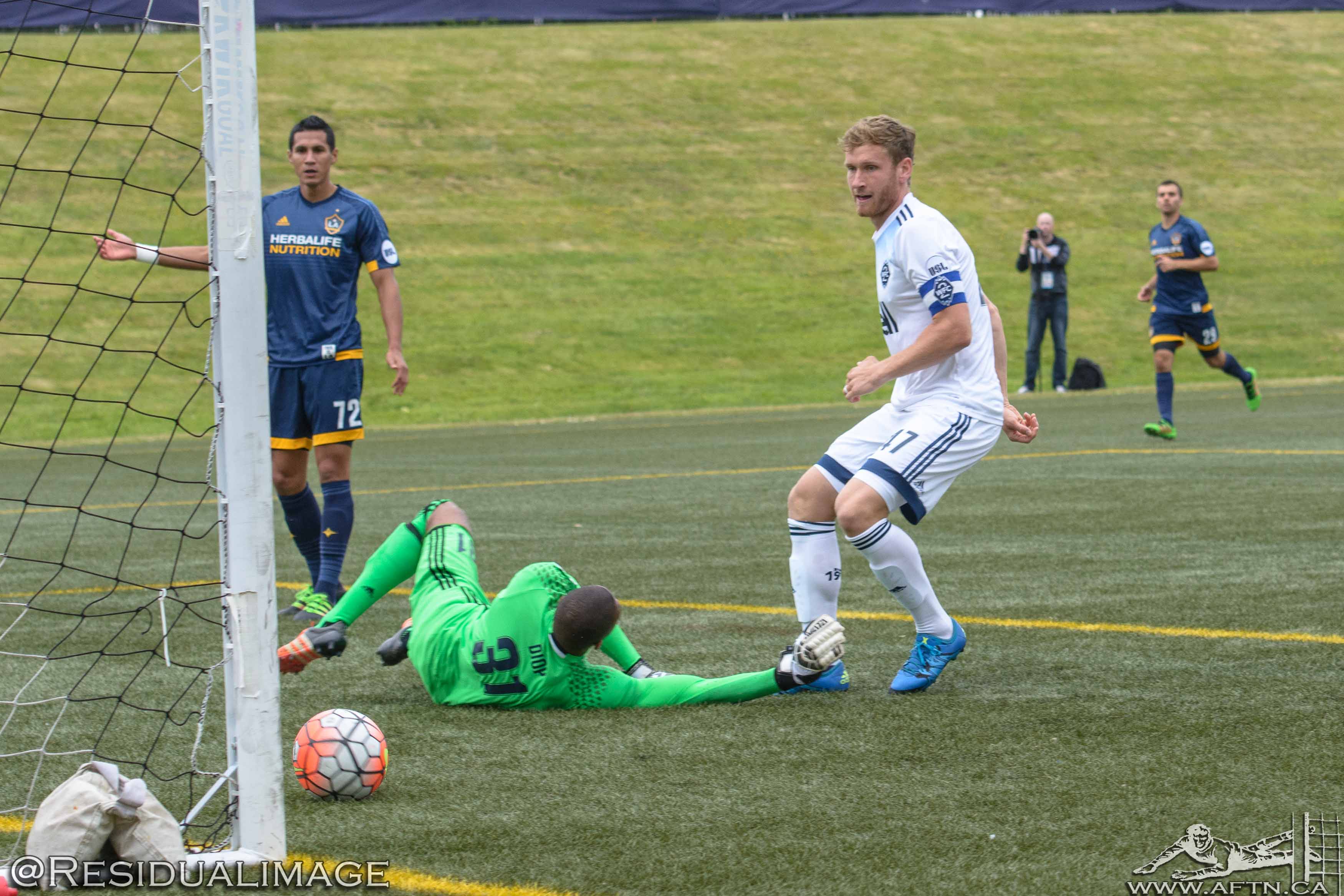 Greig was part of an OKC side that had an excellent season last year, narrowly losing out to LA Galaxy II in the Western Conference final. He knows what it takes to be successful in the league and is confident this young WFC2 side has what it takes to make a run at this year’s USL Championship.

“I think it’s huge that we come to this halfway point and we’re top of the league,” Greig told us. “Some teams have games in hand on us, but at the same time they know they have to win to get to where we’re at. If we have the confidence that we can win these games and get points on the road, get points at home, then I think it’ll put us in a good position at the end of the season.”

Saturday’s game with OKC will mark the halfway point of the season for the Whitecaps. They head in to it atop of the Western Conference standings, four points clear of Sacramento Republic, with 28 points from their first 14 matches.

If the ‘Caps leave Oklahoma with a win, they will have amassed one more point in their first half of the 2016 season than they did all of last year. It’s been a remarkable turnaround for the team.

“When we were climbing the table, some of the guys were saying ‘I think we have almost as many wins as we had last year’, kind of joking around a little bit,” Greig said. “But it does show that this team’s come a long way since last year. There’s a lot of guys that were here last year and there’s a lot of new faces that help build this young team.”

The OKC game will be the first of four straight games on the road for WFC2 over the next month. A tough schedule, but not a daunting one for a team that has picked up four wins and 14 points (half their overall total) away from home so far this season.

The team is confident of producing the goods no matter where they have to play.

“I definitely think we can win each game that is presented in front of us,” Greig feels. “It’s obviously tough on the road and it’s going to be tough in a place like Oklahoma City, where they have a lot of fans and it’s hot and the pitch is narrow. We’re going in thinking we can get three points, but any points will be great for us.”

There’s no doubting that Greig will be heavily marked upon his return to face the Energy. More focus on him will likely leave more room to maneuver for the likes of Daniel Haber, Alphonoso Davies and others.

OKC head coach Jimmy Nielsen knows Greig well, having brought him to the club to begin with back in 2014, and is fully aware of the threat he poses his side on Saturday.

“Kyle Greig is a big presence in the box, and has scored a lot of goals this season,” Nielsen told AFTN in a phone interview this week. “We had the pleasure to have Kyle our first two season’s here. Unbelievable guy and a great player. He really deserves all the success he’s had so far with the Whitecaps. I’m really happy on his behalf.”

And as for Greig’s MLS aspirations, Nielsen, a man with four season’s experience in the league with Sporting KC, has no doubts that the ‘Caps striker has what it takes to make it at the top level of the game here. 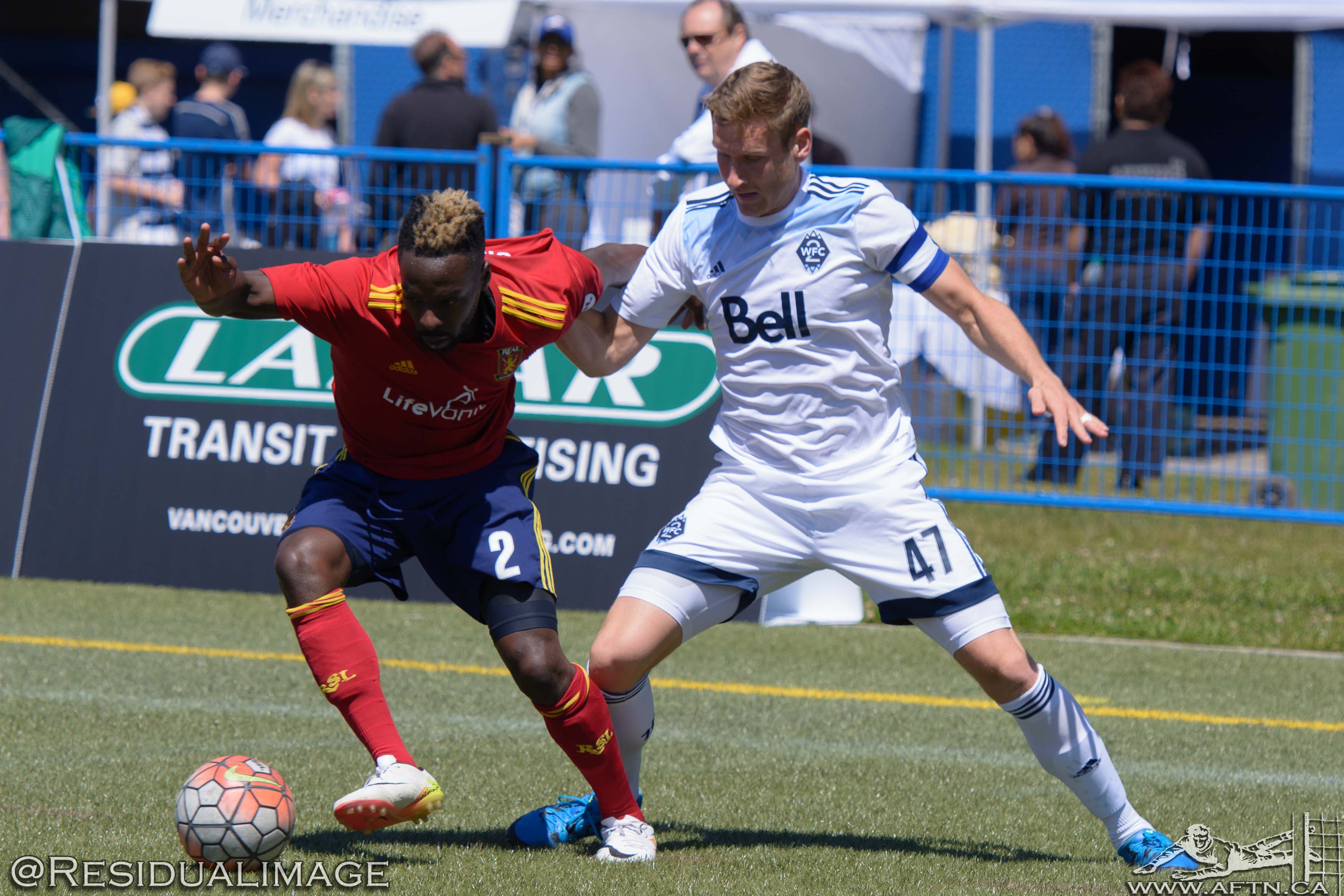