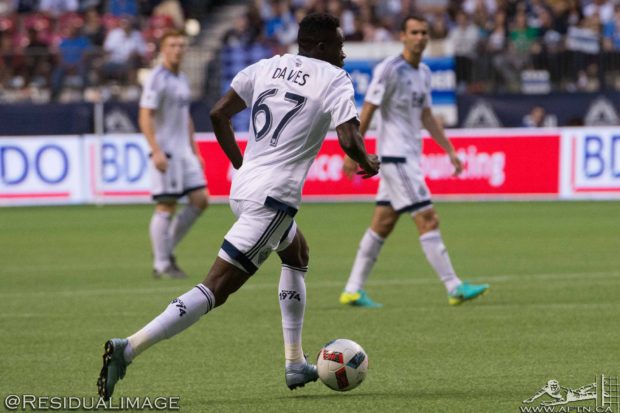 Another loss with a lacklustre effort. Déjà vu. We could blame the travel the team has had to do the past week or we could blame the altitude of Colorado where they played. Or we could all come to the conclusion that this Vancouver Whitecaps team isn’t a quality team and will be in it tough to make the playoffs in the MLS Western Conference.

Adding players like Giles Barnes, David Edgar and Marcel de Jong will not help this team to the extent I believe some supporters thought they would. There may not be any further additions this season by the sounds of it. The transfer window is closed, so only free agents and homegrowns can help them out now.

It’s time for the supporters to buckle down and get set for a long run downhill for the remainder of this season. With that in mind, let’s take a long, hard look at “The Good, The Average and The Bad” coming out of Colorado…

You know the game is bad when TSN announcer Luke Wileman gets excited when Alphonso Davies enters the game and is talking about his offensive ability and acting like maybe now they have a chance to win. He certainly added a spark that was missing from most in Colorado.

We don’t want to put any added pressure on a 15-year-old kid who is entering grade 11 in one month, but you could even make an argument that Davies should be starting for this team right now. It couldn’t be any worse of a result than they have had the last few weeks. Let the kid loose more often and see what he can do on the pitch.

It wasn’t anything to write home about to say the least.

The Whitecaps players didn’t get any flow in this game and weren’t able to build any quality attack.

With Barnes, Masato Kudo, Blas Perez and Erik Hurtado as the striker options moving forward for the last handful of games this season, we could be lacking some goals for this team. We can only hope Barnes is able to adjust quickly to the Whitecaps system and is able to make a difference the remainder of the year. Vancouver’s playoff hopes may depend on it. 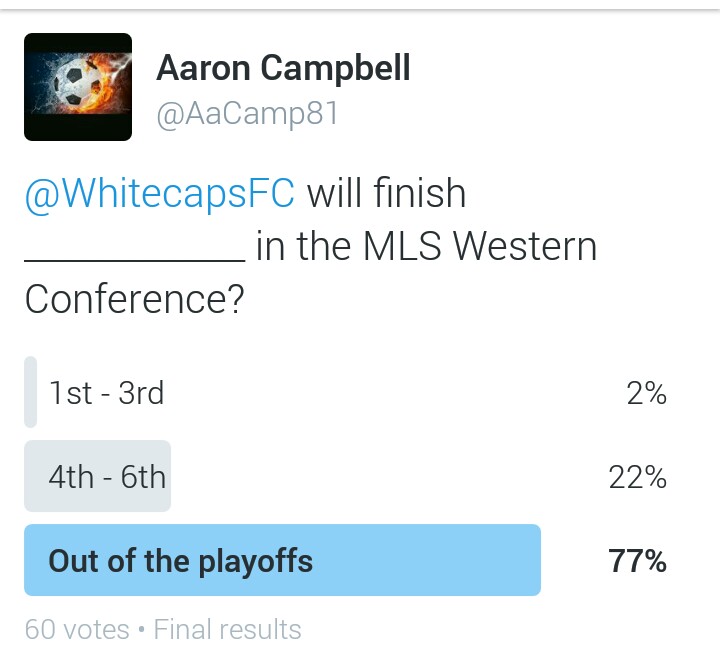 United, the supporters are standing. For the most part they are all getting frustrated with this team and the lack of quality effort being given game after game.

Carl Robinson is getting some flack for his team selection the past few weeks. He is regularly putting players into positions on the pitch that isn’t giving them the best chance to succeed, or dropping them from the starting 11 altogether.

This game it was Masato Kudo, who has been the best striker the past few weeks, sitting on the bench to give newly acquired striker Giles Barnes the start (it was indicated that the Dallas heat had taken a toll on the Japanese forward the week before). Then he continues to start Pedro Morales over Nicolas Mezquida, even though Morales has been average at best this season.

The continued adventure at right back has been a joke. After Jordan Smith and Fraser Aird struggled this season, we got to see Cole Seiler for a few games and he was decent compared to the players before him. But Seiler was then dropped after a couple of good outings and for this game Tim Parker was run all over the field by the Rapids attackers. Beaten down the wing, into the middle of the pitch, and over the top time and time again.

Sometimes you simply cannot play your best 11, when positionally it doesn’t make sense or sees success.