Vancouver Whitecaps announced today that Russell Teibert, Alex Morfaw, Camilo da Silva Sanvezzo and Michael Boxall have all been signed by the Club for the Major League Soccer season ahead.

The four signings take the current squad to 27 players, three shy of the maximum 30 allowed. Interestingly, at least to me, 12 of these players were with the Caps last season in their last year in USSF-D2.

One of these, of course, is Russell Teibert. 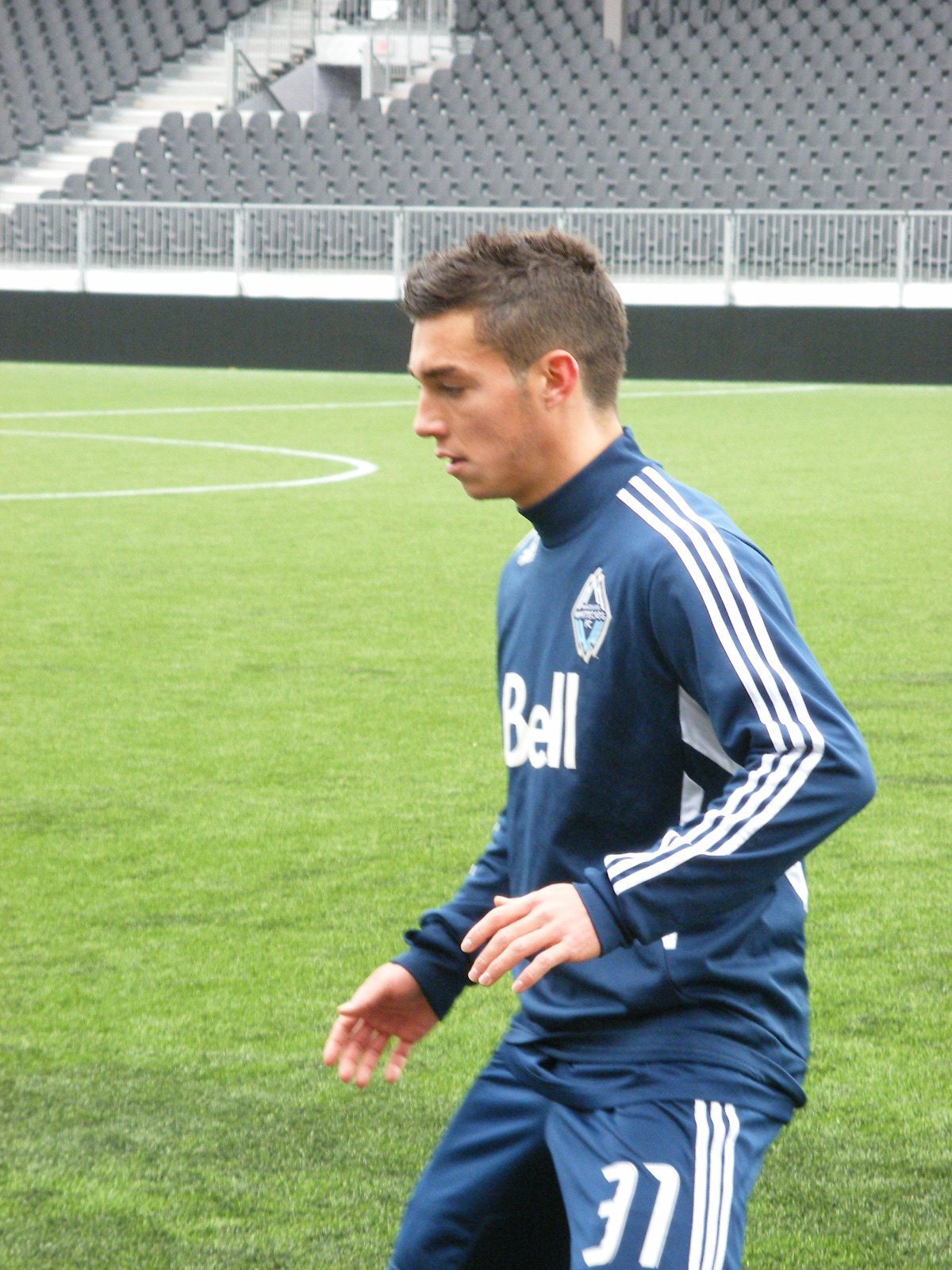 The addition of Teibert won’t be a surprise to anybody as he has been outstanding in both the pre-season games. In the game against Seattle at Starfire in particular, he showed so much pace and skill to show that even at just 18 years old, he will be a real handful for MLS defences league-wide.

One of his biggest admirers is Bobby Lenarduzzi.

“He has had a great pre-season” explained Lenarduzzi at a press conference this morning, where he went on to describe the Niagara Falls native as a “model young professional”.

“This kid has been unbelievable. He was injured for most of last season, could have easily been down on his luck and feeling sorry for himself, but he didn’t do that. He got his head down.

And from the time pre-season started, and our first game against Real Salt Lake, he scored the first goal and he’s gotten better and better ever since, to the point where, although it’s not confirmed, it looks like he’s got a good chance of starting on the weekend”.

Teibert has been in the Whitecaps residency program for the last two years and it’s a great reward for all the hard work undertaken by the guys that run that initiative.

I’m particularly pleased to see both Camilo (as he’s going to be known by the Caps) and Alex Morfaw get offered MLS contracts. Both have impressed me no end pre-season.

Morfaw’s tough tackling and general midfield presence will be a great addition. I know we had some debate on the blog over the weekend around my view that I’d like to see him as a starter but I do feel that if he keeps up the development he has shown so far, he definitely has the skills to finish the season as one.

As we also commented on the weekend, the potential striking partnership that Camilo da Silva Sanvezzo and Eric Hassli could form together, is very exciting. They both have pace and immense ball control and I can see Hassli’s physical presence setting up many chances for the young Brazilian.

I also get to air my Camilo song again that was too confusing for the more drunked Southsiders down in Tukwila!

I’m still not totally won over on the Kiwi Boxall. He’s obviously got the skills in his locker, you don’t get to be an internationalist at any level without that, but he seemed a bit shaky at times pre-season. It will be interesting to see how he develops though with more experienced heads around him and hopefully he doesn’t end up away on international duty too often.

There are four players from the pre-season camp who have not currently been offered contracts.

Fan favourite, Mouloud Akloul, is expected to officially sign once he can overcome his injury. Whether this will be in one of the remaining three spots, or to replace another player who may leave or go to the residency squad is still open to debate.

I wouldn’t expect any of the other three, Cornelius Stewart, Bedri Gashi and Kevin Harmes, to make the jump. None of them really impressed me enough in the brief glimpses I saw of them pre-season, and of what I knew of them before, to merit a MLS contract with the Caps as it stands.

There’s still time to add some names before the transfer window closes on April 16th. Then the end of the European season will see the rumour mill go into overdrive as I’m sure we’ll be linked with a seemingly endless string of players wanting to make the move across the Atlantic. Will we even see a second or third designated player come to the team?

As it stands, I’m very happy with the current squad. I love the youthful aspect of it and the fact that we can keep a number of these guys together as a unit for a long time to come.

I’ve seen enough pre-season to be genuinely excited about what this team can do this year.

Two more sleeps and we start to find out.