There’s going to be a lot of people having restless sleeps tonight as we await our first MLS game tomorrow.

It’s a huge occasion and there’s a lot of talking points around it. Will we get our first three points of the season? Who will score the first Whitecaps goal of the MLS era? (our money’s on Hassli or a TFC oggy) Will people be saying that Toronto’s season is over after game one?!

However it plays out, it’s going to be a magnificent day and one that will always live in the memories of Caps fans in attendance.

We were going to give our predicted starting line up, but since everyone and their dog has already done that, and it’s pretty much guaranteed who the starting eleven are going to be anyway, we didn’t see the point.

As for a prediction? Well, we’re going for 2-0 Caps, with goals from Eric Hassli first and then Greg Janicki heading in a fine corner late on.

Should we get our hopes up for the season ahead? What should we realistically look at achieving this year?

Vancouver is used to having a winning football team. We have only failed to reach the playoffs on four occasions in our proud 37 year history, and two of them were in our first two years of existence! Toronto have managed that in all four of the years that they’ve existed.

Does this history put added pressure on the team to succeed? Paul Barber told us when we were speaking to him yesterday for Prost Amerika that no, it doesn’t, but it does inspire the Club and give them a sense of purpose [You can read the full interview HERE].

For me, the whole point of going to games is to want to see your team win. Not to just go for the atmosphere and enjoying yourself. You need to have the hope that you’re going to get success.

This isn’t coming from a gloryhunting point of view. I’ve spent nearly 30 years watching my team in the lower reaches of Scottish football in what can only be described as thin and thinner times.

I want to this city to get to the point where defeat in any game hurts like hell. Where you spent the rest of the weekend mightily pissed off and not good company for those around you.

To me that’s when the football team really means something to you.

It doesn’t feel nice, but then when the good times do come around, they feel all the better for it.

With all the new signings, some fans may have wondered how much say Teitur Thordarson actually had on the players joining the Club and whether they were being foisted on to him by the likes of Tommy Soehn.

At yesterday’s press conference, we found out. 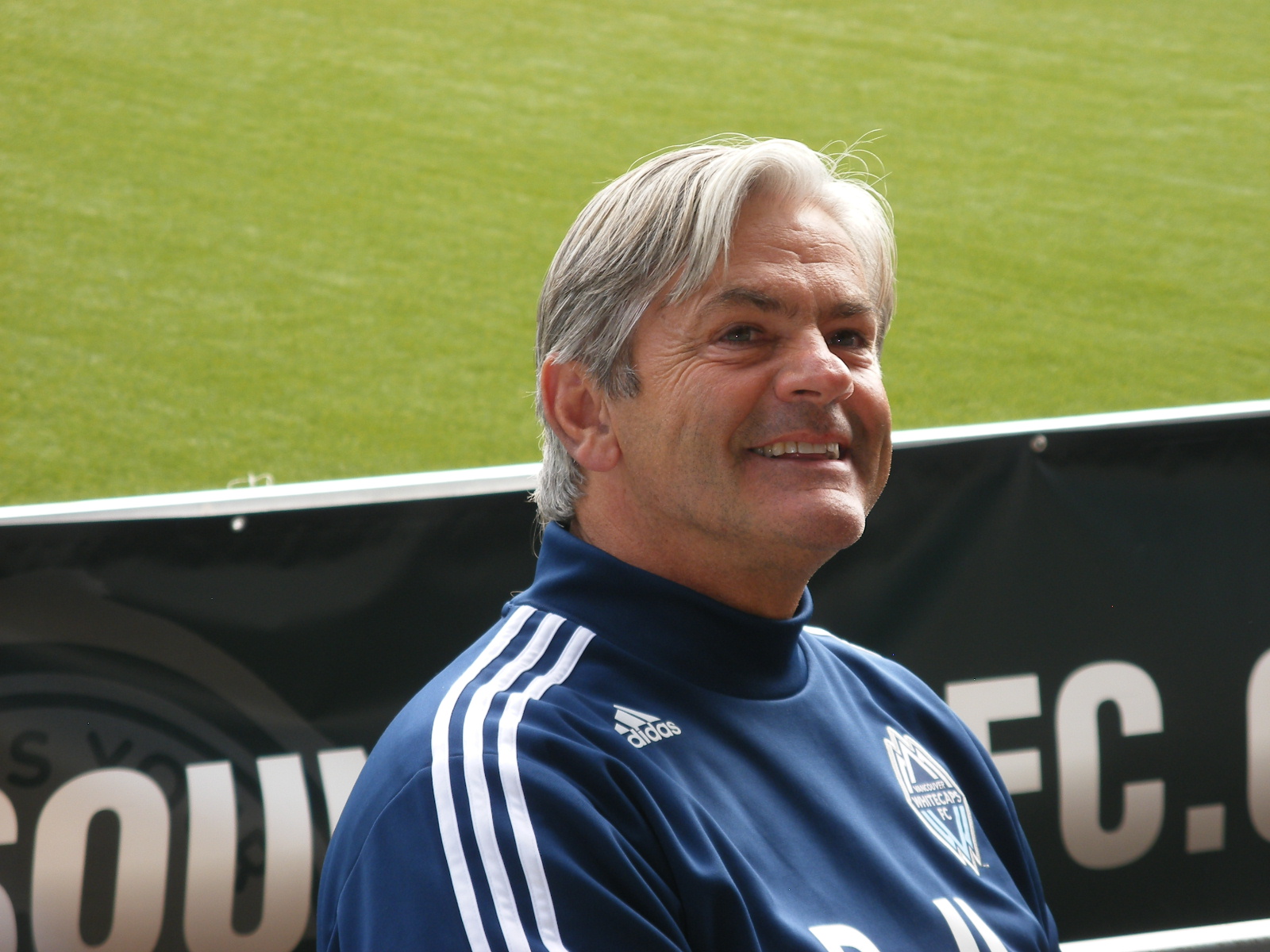 “We have players from a number of different countries and a lot of the legwork that went into assembling that squad was down to Tommy Soehn.

Obviously what he was doing along the way was, he searching out the players but always in consultation with myself, Teitur and then the technical staff.

So, in spite of the fact that he was the one doing the legwork, it was a group decision and ultimately it was Teitur’s decision as to which players would eventually be on the line up”

Good to know. That’s just how it should be.

The plan is to blind the opposition with a sea of white jerseys, caps, scarves and flags, or at least those flags that fall into the size and acceptable flagpole rules.

I like the idea. I’m always impressed when you watch sporting events and it’s just a mass of colour in the stands. It always looks very striking.

Problem for me is that I don’t think I own any white Caps gear at present. I have the old D2 blue jersey, the old Toffs blue jersey, and if I do end up buying the new strip, it will also be the blue jersey. Hey, at least I’ll stand out!

To help people like me, the Caps will be handing out white ponchos to all fans tomorrow. Great for the rain, not so good in the heat. Could come in handy in the Southside for a lot of this season though.

Some of you felt I was a little bit overcritical about our season ticket scarf when I previously wrote about it.

Maybe I was, clouded by being so pissed off at how my STH package was delivered.

I felt it was a pretty plain and boring white scarf then and I still do. I now understand why though – to tie in with the whole sea of white. Wish they’d told me sooner!

In Seattle, the inaugural season ticket holders scarves are prized possessions. Ours should be too, that’s why it was sad to see them given out free in the street willy nilly to anyone who could get their grubby little hands on them.

One fan told me that he saw a homeless guy with two, trying to swap them for transit passes!

Why do that? Why not give the season ticket holders, who have paid a lot of money to become just that, something a little bit special. So that people in the street can say “where did you get that scarf?” and we proudly reply “oh I’m a Whitecaps season ticket holder.

No added bonus for shelling out our dosh?

I feel the scarves have been totally undervalued now. Their uniqueness and specialness has gone.

I guess, “We Are All Caps” is the message to be taken then.

********************
Another big initiative that the Whitecaps are promoting are their Whitecaps Drummers, an eclectic group of drummers who represent the multiculturalism of British Columbia.

I’m looking forward to seeing what they add to the game. Hopefully enough noise to create a great vibe and buzz in the north and east ends of the stadium, but without drowning out the chants and noise from the south end.

It should be spectacular and it should be a unique part of Whitecaps matches.

Not so sure about giving out 5,000 free drums tomorrow though. That just has nightmare written all over it for me!

It’s great that they’re banning vuvuzelas, but to have the potential for random noise at random times could be even worse. Would you give a bored kid a drum in your house? Would you hell! Times that numbers and add in others who may drum with no real sense of anything and we could just have a horrible racket.

Be interesting to see how this works out and whether the drums will come with instructions as to when they should be used! Only one way to find out and that’s to get there early and make sure you grab one and that they’re in good hands!

This starts in four days for the Caps!

The first of the ten matches is an away trip to San Jose. Most of the games are being played over lunchtime, and many are midweek, which may spoil a lot of our plans in attending them.

Of the five Caps home games, two are Sunday kickoffs, with one on a Monday and two on a Tuesday.

The most epic of the away games though is Portland on August 21st, the Sunday after we play the first team at Piggy Park. That’s going to be one hell of an epic road trip! I can’t wait already. 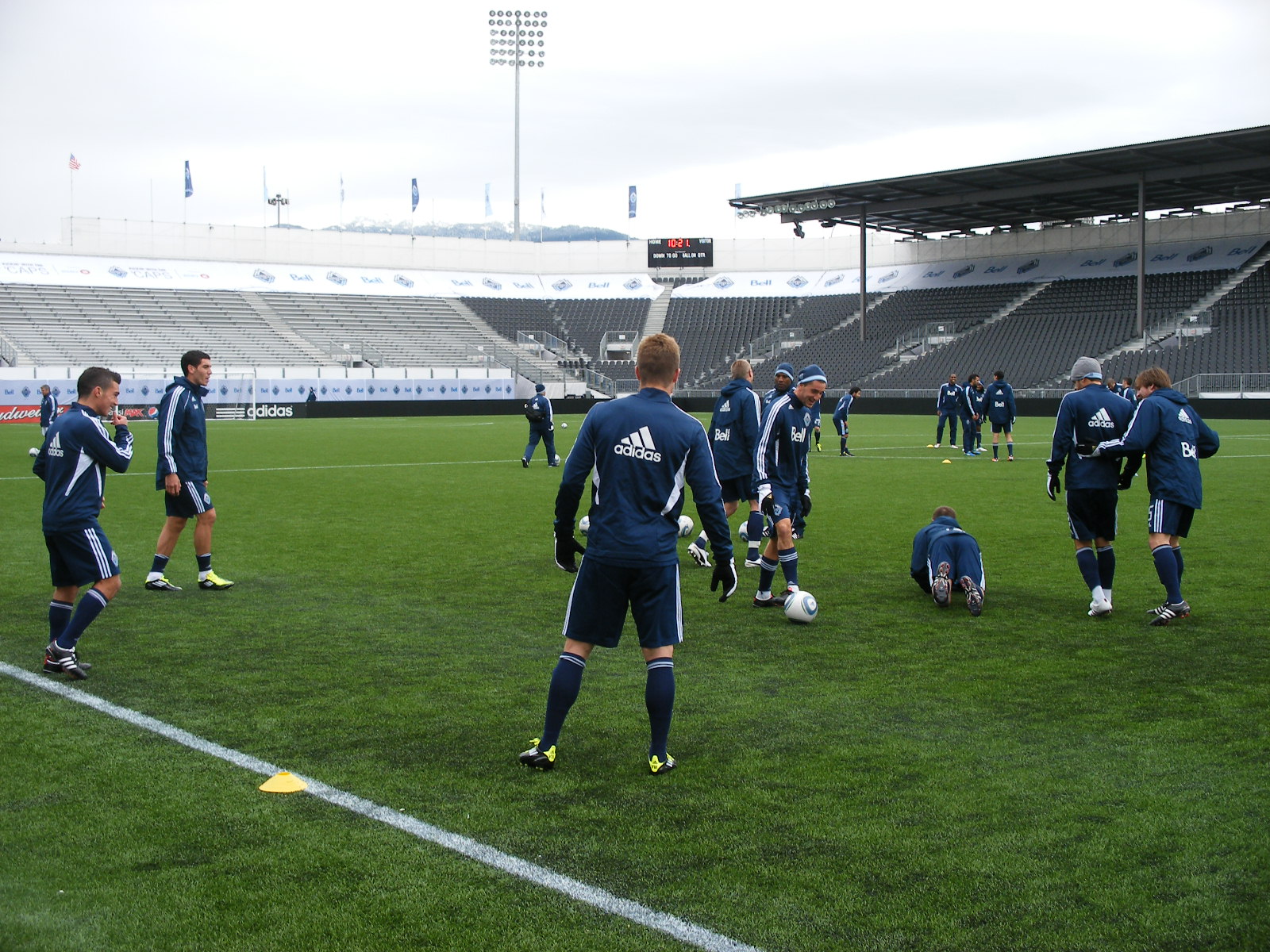 I took in the Caps final training session this morning before their MLS journey begins.

It was fantastic to see the relaxed, but hard working, atmosphere.

We can also confirm that Mouloud Akloul, is just as much fun in training as he has been with us fans all last season. We just hope we can see him in a Caps jersey again real soon. He’s gonna be a big star in this League.

This is clearly a team that are confident with themselves, each other and their surroundings.

If we think it’s been a long wait as fans for it all to begin, it must be even worse for the players.

Everyone is ready. The countdown is nearly over. Let the good times begin.