Some of you reading this will no doubt be getting sick of ourselves, and others, banging on about supporters culture.

We know it’s not for everybody and we readily accept and respect that. As long as you support the Caps and make some noise for the boys, that’s good enough for us. We all want the same thing and that’s to be able to cheer the good guys on to victory.

For those of us in the South end though, we’ll be taking that support to the extra level and with the noise we make and the sound that will be generated by the banging of feet on the metal floors, Empire is going to become a wall of noise.

Supporters culture is a key to the growth of the game on this continent. It’s what’s going to attract more people to come to the games in the US and Canada, especially the younger demographic that is so important to the future of MLS.

We’ve seen it in Toronto. We’ve seen it in Seattle. And now, it looks like we’re going to see it in Vancouver if last night’s Southsiders event at the Lamplighter Pub in Gastown was an indication of anything. 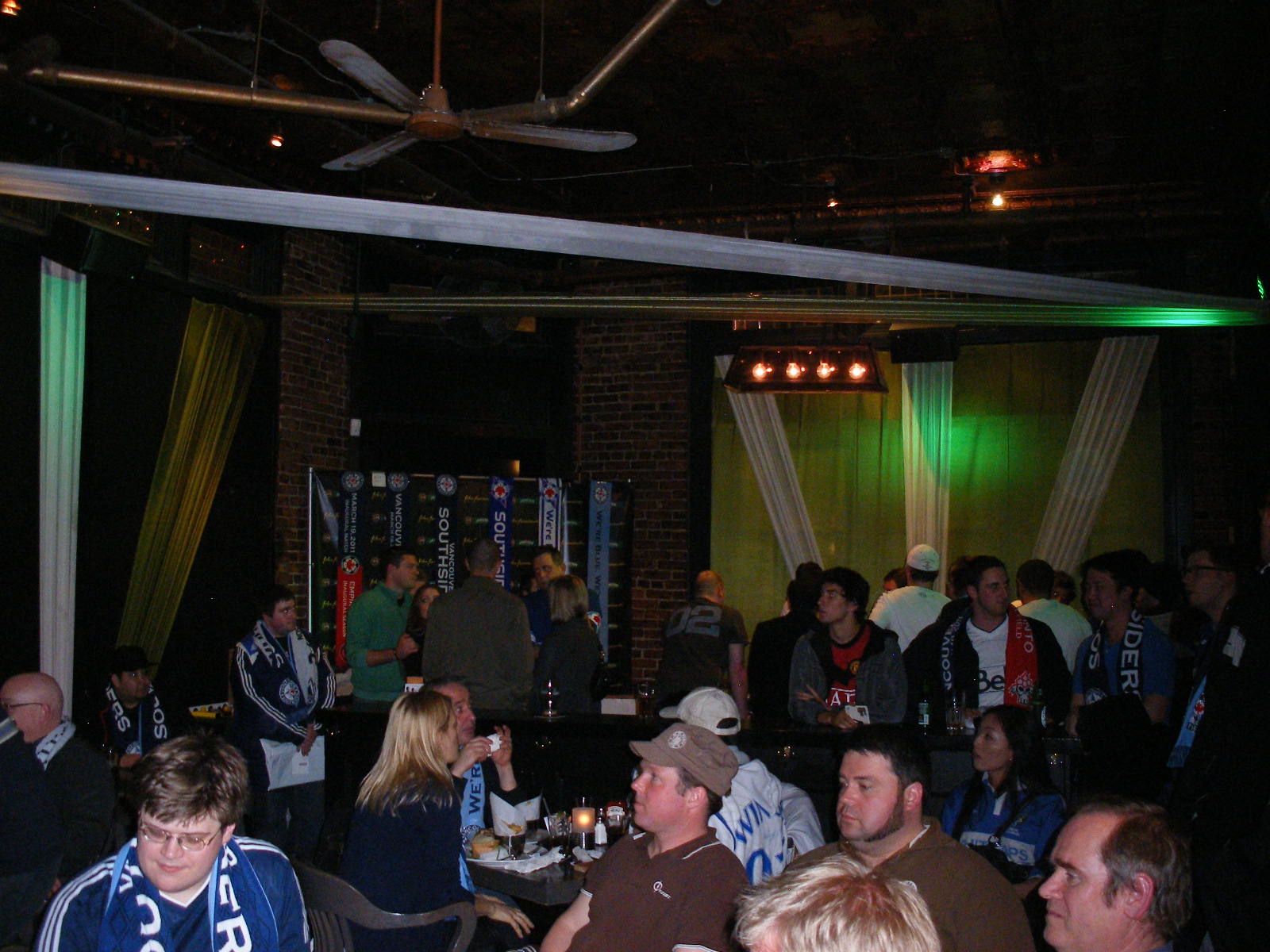 The event was a pre MLS celebration, with fans collecting their Southsiders membership packs for the year, taking in the first kick game between Seattle and LA, and, for some, picking up their season tickets.

The Lamplighter was packed to the rafters and was awash with Whitecaps blue and white and Cascadia green. It’s was a very pleasing sight to behold.

There was a buzz in the room the whole evening and the anticipation of the Whitecaps MLS debut on Saturday was immense.

Numbers of the group are growing all the time, with the Vancouver public not just showing that they realise the importance of supporters culture, but also that they want to be a part of it.

Membership is expected to be higher than their current 350 mark as they go into Saturday’s game and then steadily increase after that. In the last couple of weeks, their Twitter account has added 500 followers.

This bodes well for the atmosphere at Empire.

The players appreciate this as well and Jay Nolly, Greg Janicki, Wes Knight and captain Jay De Merit all made appearances at the function last night.

De Merit made an impassioned speech where he told fans that the players need us as much as we need the players.

Feeling the buzz in the room last night, that’s not going to be a problem.

Next Article
There are 11 comments for this article